In a first-annual survey, Expedia asked 4,000 hoteliers their opinions of various nationalities. The Japanese got the most praise. Americans tied with Thai tourists for an unimpressive 11th place.

Of course, hotel owners and managers have different concerns than fellow tourists. So American travelers may have their own opinions.

The World's Best Tourists, Ranking From Best to Worst, 2008

2. German/British (tie) (The Germans were considered the tidiest of all nationalities.)

3. Canadian (The most popular tourists in their own country were the Canadians as well.)

19. French ...The French didn't do too well, coming in, as you can see at 19th. They were seen as the most “fiscally conservative,” presumably when it comes to such matters as tipping.

The point of the survey, at least for Expedia, is to advertise its summer sale of up to 30 percent off its travel products and packages (expedia.com/summersale).

But putting that aside, what do you think about the results?

EARLIER Are you the Ugly American?

On making a good impression as a traveler. 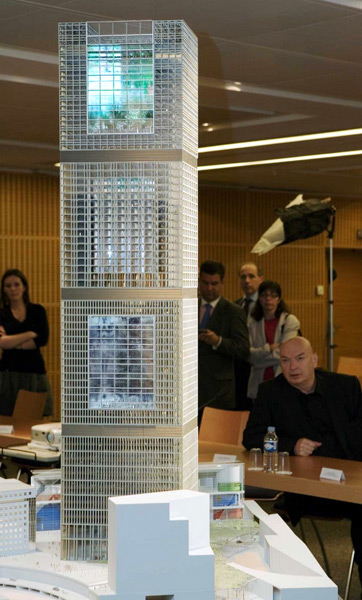 Paris: A new skyscraper to rival the Eiffel Tower

Paris is buzzing about the decision to build the Signal Tower, a skyscraper resembling four stacked cubes, in the central La Defense district. The tower will climb 71 stories high, just shy of the peak of the Eiffel Tower, according to news reports. It's set to open in 2015, says the International Herald Tribune. Hunter Walker at Jaunted helpfully notes: "The only other seriously tall building in the city is the Tour Montparnasse, which isn't much more than a big, ugly, black box." MORE ON PARIS This Just In

Chicago: Tips from the Chicagoist

Margaret Lyons, editor-in-chief of city info site Chicagoist, answered your questions about the Windy City today. Here are some outtakes: What exactly is Chicago-style pizza and where are some places to get the "authentic" stuff? Margaret Lyons: Ooooh, boy, that's a good one. Chicago-style pizza typically means deep dish, with a very doughy crust and unlike East Coast pizza, the sauce is on the top (crust // cheese // sauce // toppings, instead of crust // sauce // cheese // toppings). As far as best places to get it, I'm partial to Pequod's and Gino's East. But places like Giordano's and Lou Malnati's, which have spots all over the city, are pretty good, too. Other "don't-miss" food spots? Margaret Lyons: I'm nuts about Lula Cafe in Logan Square. The menu changes every week, and I've never been anything less than thrilled with the food there. If you like burgers or beer, Kuma's Corner is fabulous. When I quit being a vegetarian after 10 years, that's the first place I had a burger. Best architecture tour? Margaret Lyons: I'd go with Chicago Architecture Foundation River Cruise tour and skip the Lake Michigan part—I've done it once, and it's cool, kinda', but not at all essential. The foundation runs all kinds of great tours (including a Frank Lloyd Wright one), and its website is also a solid resource for planning a trip. I'm partial to the Robie House in Hyde Park. Recommendations for live entertainment? Margaret Lyons: Go see some live comedy! I'm a fan of Second City's etc stage which tends to be a bit more edgy and adventurous than the main stage show. If you like improv, you can see shows at iO pretty much any night of the week, and the later you go, the cheaper it gets. Best neighborhood to stay in for a youthful girlfriend getaway? Margaret Lyons: I had friends in town a few weeks ago and they stayed at the Wicker Park Inn, which is a B&B; but isn't like...all up in your business/too cozy. :) If you're planning some quality girls' nights out, it might be worth it to stay more in a night-life zone rather than downtown, where nightlife is pretty limited. Wicker Park (again!) has a ton of bars/restaurants/shopping and tends to be pretty popular. We have the best listings for Chicago entertainment and nightlife at my website, Chicagoist.com! Favorite spa? Margaret Lyons: Continuum. It's relatively affordable, and to me a really quintessential Chicago business: small, neighborhood-oriented, and unfailingly kind. I also got the best massage and facial ever there. :) It's pretty far off the beaten path&mdash;way on the North Side&mdash;so it's also a good see-the-city trip. MORE ON CHICAGO Three hotel packages in Chicago, from $146 a night. Guidebook Smackdown: We asked a trio of Chicago residents to give us their opinions of three recent guidebooks about the city. What does your city say? Entrepreneur Paul Graham has posted a graceful essay that's appropriate when thinking of Chicago. Here's the start: "Great cities attract ambitious people. You can sense it when you walk around one. In a hundred subtle ways, the city sends you a message: you could do more; you should try harder." 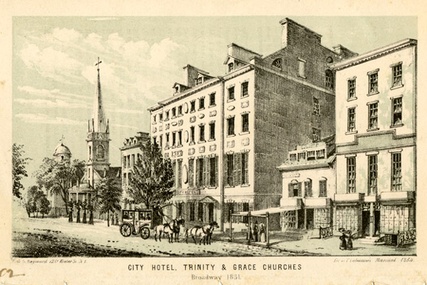 A new book from A.K. Sandoval-Strausz's, Hotel: An American History, is full of fun tidbits. Here are eight facts that surprised us. 1. Hotels as we know them now are a distinctly American invention. Large hostelries had been built earlier in Europe and elsewhere, but these were primarily for kings and nobles. 2. Before the age of hotels, American travelers stayed at inns and taverns where they had to share beds. "After you have been some time in bed," complained one wayfarer in 1767, "a stranger of any condition comes into the room, pulls off his clothes, and places himself, without ceremony, between your sheets." 3. The first U.S. hotel was City Hotel, a five-story, 137-room hostelry located on lower Broadway in Manhattan. It opened in 1797. 4. In the 1840s, Americans considered it to be unpardonably rude to ask for room service because this implied that you thought yourself too good to sit at the same table with everybody else. In the world's first modern democracy, this was unforgivably snobbish. 5. One nineteenth-century minister preached that hotels were immoral. Asked why, he explained that any establishment that sold liquor and contained so many beds had to be sinful. 6. The Civil Rights Act of 1964, which outlawed discrimination in hotels, motels, and other public accommodations, was based on an ancient Roman law code from 530, known as Justinian's Digest. The ancient rules prohibited innkeepers from picking and choosing which travelers they would accept as guests and which they wouldn't. 7. The apartment building as an architectural type is partly modeled on the hotel. Throughout the nineteenth-century, many wealthy American families chose to live permanently in hotels because the work of cooking, cleaning, and laundry was done by hotel staff rather than wives and daughters. Building designers soon adapted hotel architecture to create a new kind of shared dwelling. 8. Hotels helped to advance the settlement of the U.S. frontier because they allowed tourists to experience the appealing weather and natural beauty of new places. Hotels like the Antlers in Colorado Springs, the Raymond in Pasadena, California, and the Ponce de Le&oacute;n in St. Augustine, Fla., spurred huge migrations to surrounding regions. &mdash;A.K. Sandoval-Strausz, author of Hotel: An American History, (text edited for the blog format; interview by JD Rinne)