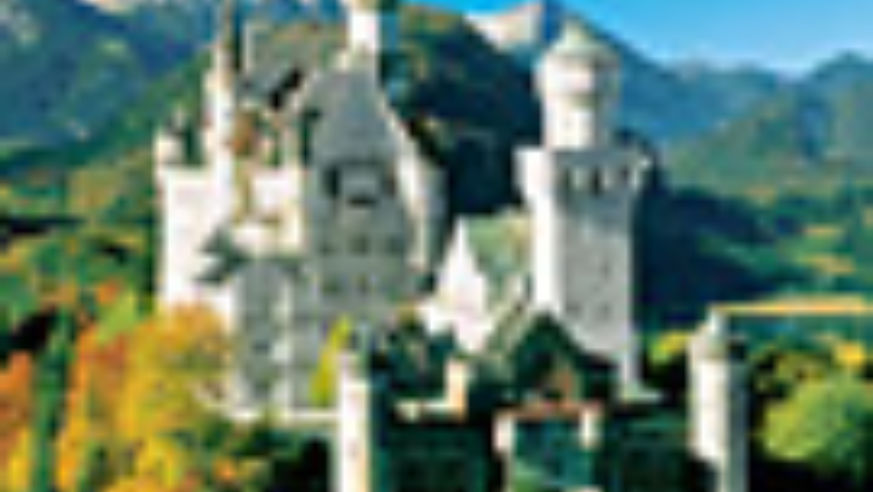 They may no longer be used for repelling enemy hordes or otherwise defending the kingdom, but these castles still have their rugged good looks.

Bamburgh Castle, Bamburgh, Northumberland. Fortifications have stood on this rocky outcrop near the North Sea since the 5th century. In the 12th century, King Henry II acquired the structure, and later it was snapped up by William Armstrong, a wealthy Victorian industrialist. Still owned by Armstrong's descendents, the castle has served as the location for several movies, including Roman Polanski's 1971 version of Macbeth. After you tour the castle, which is open to the public from March to October, hop over to nearby Holy Island for a visit to Lindisfarne Castle. This stunner also overlooks the sea and is accessible only at low tide (the causeway connecting it to the mainland floods at high tide). 011-44/16-6821-4515, bamburghcastle.com, admission $10.75 (£7).

Leeds Castle, Maidstone, Kent. More than 900 years old, this moated castle regularly hosted that much-married Tudor, Henry VIII. Its current success as one of England's most popular tourist attractions is due to the work of the blue-blooded Olive Wilson Filmer, who outbid William Randolph Hearst to buy the castle for $873,000 in 1926 (that's over $10 million in today's dollars). Filmer used the rest of her fortune to restore and beautify the structure and its surroundings. On the grounds are several mazes, a display on falconry, and a dog-collar museum. 011-44/16-2276-5400, leeds-castle.com, admission (valid for a year) $25.25 (£15).

Eilean Donan, Dornie, Scottish Highlands. Planted on an island in the middle of a loch, Scotland's most famous castle looks as if it's been there forever. It does date back to 1220, but the original structure was destroyed in 1719 and lay in ruins for two centuries. In 1919, Lieutenant Colonel John Macrae-Gilstrap bought it and began restoration. He was helped by the stonemason Farquar Macrae, who claimed to have seen in a dream how the original castle looked in earlier times. The castle was rebuilt according to Macrae's specifications; later, plans found at Edinburgh Castle proved his vision correct. The "new" castle was finished in 1932. 011-44/15-9955-5202, eileandonancastle.com, admission $7.75 (£5).

Beaumaris, Angelsey, Wales. The English king Edward I began raising this castle as part of his campaign to conquer Wales. Work began in 1295, but the castle had not been completed when the money ran out (as so often happened with castles), and it remains unfinished to this day. Castles are thick on the ground in North Wales: Within easy driving distance from Beaumaris, you'll find the major structures of Conwy, Harlech, and Caernarfon, as well as two small, romantic ruins, Dolbadarn and Dolwyddelan. But Beaumaris remains the most beautiful. 011/44-12-4881-0361, beaumaris.com, admission $5.75 (£3.70).

Neuschwanstein Castle, Hohenschwangau, Bavaria. Ludwig II of Bavaria—a.k.a. Mad King Ludwig—commissioned a set designer to create Neuschwanstein. Engineers broke ground in 1869, but King Ludwig didn't get much chance to enjoy his over-the-top palace. In 1886, as the castle was nearing completion, he died under suspicious circumstances; his body was found floating in a lake, with the body of his physician nearby. Despite this unhappy ending, Neuschwanstein remains the quintessential fairy-tale castle: It was a major inspiration for Sleeping Beauty's Castle at Disneyland. 011-49/83-6293-9880, neuschwanstein.de, admission $13 (€9).

Kronborg Castle, Helsingør. Dating back to the 1420s, Kronborg is one of the best-preserved Renaissance castles, despite the various alterations it's undergone since then. Positioned next to a strait separating the Danish island of Sjælland from Sweden, it had great strategic power over the sea traffic—not enough, however, to prevent the persistent Swedes from conquering it in 1658. Kronborg gained more lasting fame as the castle in Shakespeare's Hamlet.011-45/3392-6300, kronborgcastle.com, admission $16.50 (85 DKK).

Château de Castelnaud, Castelnaud-la-Chapelle, Dordogne. This impressive fortress, located on the limestone rocks above the Dordogne River, overlooks a former enemy, the Château de Beynac. During the Hundred Years' War, the English held Castelnaud and the French controlled Beynac, with both nations hoping to control this sensitive border region. These days Castelnaud is known for its Museum of Medieval Warfare, which includes reconstructions of giant crossbows and trebuchets, the huge slings used to hurl rocks at castle walls. 011-33/55-331-3000, www.castelnaud.com, admission $11 (€7.60).

Haut-Koenigsbourg Castle, Orschwiller, Alsace. The hilltop position of this 12th-century castle, more than 2,000 feet above the Alsace plain, kept it safe for centuries. Destruction came in 1462 and again in 1633 after a siege by Swedish soldiers during the Hundred Years' War, after which it was overgrown by the forest and abandoned. Now it's a popular stop for tourists visiting the Alsatian wine region. 011-33/38-882-5060, haut-koenigsbourg.fr, admission $10.50 (€7.50).

Bran Castle, Bran, Brasov. Both the keepers of Bran Castle and the Romanian Tourist Board are keen to emphasize links between Bran Castle and Vlad the Impaler, the inspiration for Bram Stoker's Count Dracula. The connections are tenuous, but there's no denying the spooky charm of this massive structure's many turrets and towers. Some of the furniture on display was owned by Marie of Romania, a granddaughter of Queen Victoria who turned down a proposal from the future King George V of England and married the king of Romania instead. 011-40/26-823-8333, www.brancastlemuseum.ro, admission $4.25 (12 leu).

Château de Chillon, Lake Geneva, Montreaux. As with most real estate, it's often location, location, location that makes all the difference with castles. On an island near the edge of Lake Geneva, Château de Chillon is no exception. Excavations here have turned up evidence of a Bronze Age settlement, but the castle as it now stands was created between the 12th and 18th centuries. Its popularity got a huge boost in 1816. That year, following a visit, Lord Byron published his long poem "The Prisoner of Chillon"; the work refers to the "seven pillars of Gothic mold" that stand in "Chillon's dungeons deep and old." 011-41/21-966-8910, www.chillon.ch, admission: $11 (12 Swiss francs).