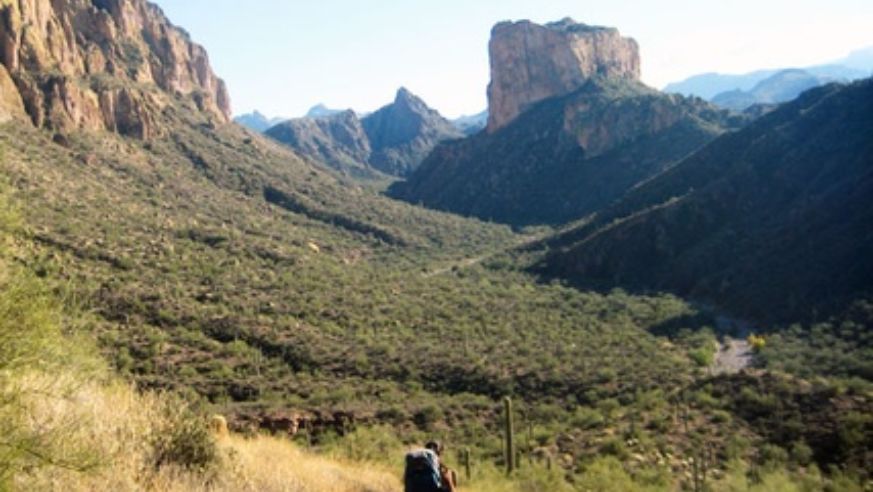 Lots of tour packages hit our desks here at Budget Travel, but one tour operator that continues to inspire me is REI Adventures. Unfamiliar with them? They're the offshoot tour operator of the giant REI retail stores, specializing in travel gear.

REI Adventures offers active, interesting tours all over the world, but they have particularly neat itineraries if you're looking to rediscover the U.S. They just launched new trips for 2010, and I'm already drooling over one.

The four-day Superstition Mountains Backpacking itinerary includes 21 miles of hiking through Central Arizona's 160,000-acre Superstition Mountain range. The mountains were formed by volcano activity some 305 million years ago and reach up to 3,000 feet. Along the way, hikers will wind through thick canyon walls, some with native artwork, and spy huge columns of rock like Weaver's Needle.

There's a lot of gold-rush-era lore that surrounds the Superstitions—the Lost Dutchman's Mine is a favorite. The story goes that Jacob Waltz (actually a German), a prospecting miner in the late 1800s, was said to have found the richest gold mine in the world. He took its secret location to his grave, thus igniting a huge treasure hunt after his death. No one's ever found the mine, but hey, who knows? The Superstition Mountain Museum, though not on the REI Adventures itinerary, is still worth a stop if you're interested in the history behind the mysterious mountains (it's about 30 minutes from Tempe, the meet-up location for this trip).

Dates for the backpacking trip are January through March, and the price is $575 per person for members of REI and $615 for non-members. We recommended getting a membership to REI—it's only $20 for a lifetime, and it'll save you a ton of money, even if you take just one trip.

Other exciting entries on REI Adventures' 2010 calendar include kayaking on South Carolina's Edisto River and cycling in the Loire Valley.