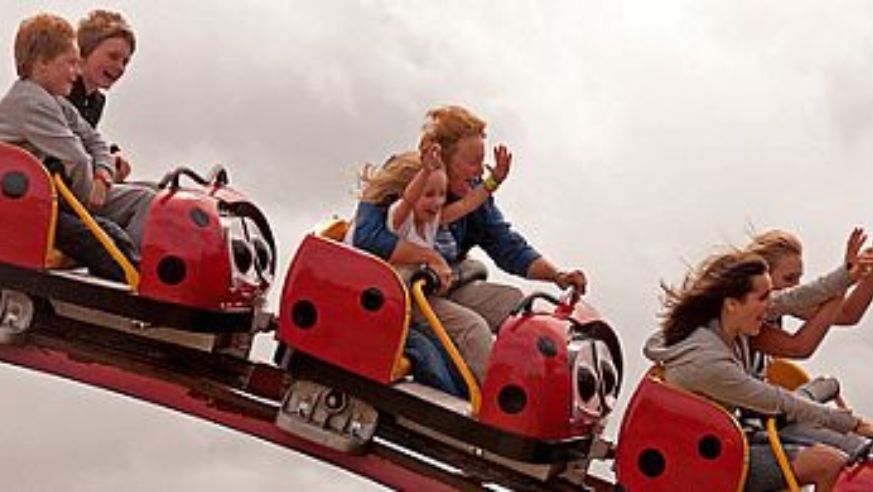 We waited and waited, my son and I, to get into The Haunted Mansion at Walt Disney World. Eli, now 24 but then about 6, "really really, really" wanted to do it — until we got to the front of the line.

At that point there was a look of terror in eyes, which were promptly welling with tears. We headed to the exit. Later, he reconsidered, and we stood in line again.

There is emotion involved in the theme park experience that goes beyond screaming on a rollercoaster. And there are questions parents find themselves asking, such as:

What rides are appropriate for my child?

How do I deal with changes of mind and, conversely, "but I want to…" tantrums?

Are there ways to assure we all actually have fun?

Then of course there are the practical things that come along with a theme park visit.

Did we park in Pluto or Goofy? (Yes, I have been known to mix them up.)

Should we set a budget for souvenirs?

Can we pack a picnic or do we need to indulge in park snacks?

Are mobile apps practical in navigating the park experience?

There are more than 400 amusement parks in the U.S., according to the International Association of Amusement Parks and Attractions. In 2008, 300 million people visited the parks — going on some 1.7 billion rides.

Chances are if you have kids and even if you don't, you'll find yourself at one of the parks at some point — whether it's a Disney, a Six Flags, a SeaWorld, a Legoland or a local favorite.

We want to hear your tips, stories and especially questions about theme parks. We'll be discussing as many as we can in Trip Coach in an upcoming issue of Budget Travel.

Rollercoasters Get Super-Sized for Overweight Guests