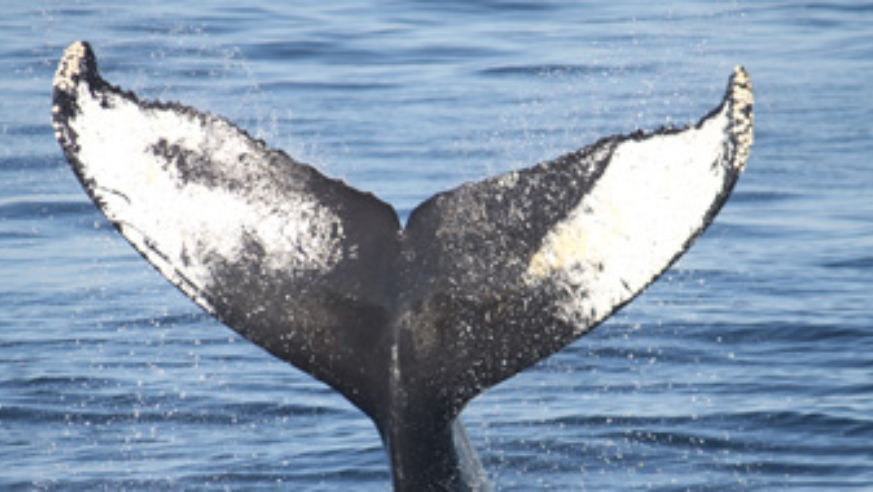 Those lucky enough to be in the Cape Cod area this week should hit the coast to view one of the rarest creatures on earth.

In an aerial survey on Tuesday, researchers counted more than 100 individual right whales, with a preliminary count of more than 200 total. Officials estimate that this number represents a little less than half of the known North Atlantic right whale population. As an adult, the right whale, one of the rarest types of baleen whales, measures 45 to 55 feet in length and weighs up to ninety tons. It has been listed as an endangered species since 1970.

The whales are attracted to the waters off the southern coast of Massachusetts because they are particularly rich in zooplankton (tiny organisms that the whales feed on) this year.

A survey of zooplankton earlier in the week suggests that the whales will continue to congregate in the area for several more days, possibly even a week. The whales can be seen from the shore, and are as close as a few yards offshore to about a quarter-mile out.

As a result of the whale feeding frenzy, the Massachusetts Division of Marine Fisheries has issued a warning for boaters to avoid the animals. It's against federal law for a vessel to get within 500 yards of them. Boats in the Cape Cod Bay area are advised to proceed with caution, reduce speed (less than 10 knots), and post lookouts to avoid collisions with the enormous mammals. The advisory will be lifted when the whales leave the area.

Collisions with vessels are the major cause of human-induced mortality for the right whale. The whales, which practice surface and subsurface feeding, are often difficult to see, and in the past this has led to fatal injuries from collisions with boats.

Anyone interested in seeing the whales can do so just by walking on the beach. The whales are gathered around Race Point, but also can been seen down to Long Point in Provincetown and inside to Truro.

14 Weird Animals You Can Travel to See