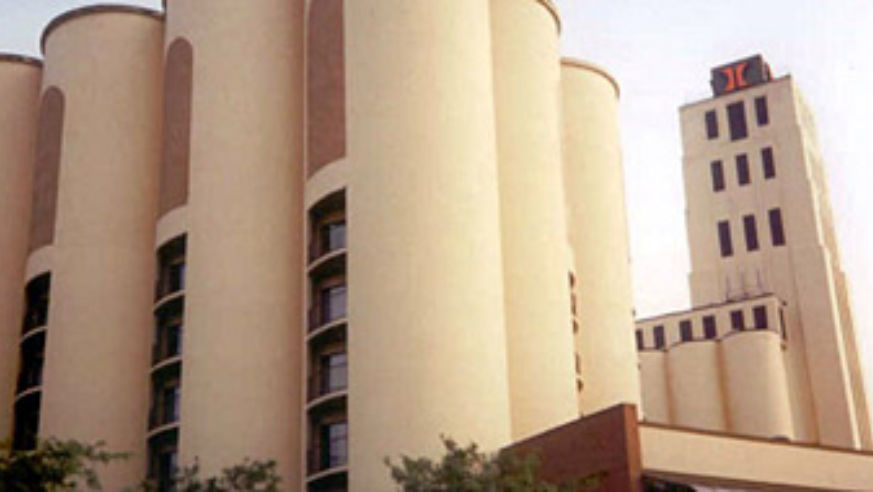 After nearly 30 years in Akron, Ohio, The Quaker Square Inn's days as a hotel may be numbered. Listed on the National Register of Historic Places, the inn is made out of 36 Quaker Oats silos from the 1800s. Each silo is 120-feet tall and contains dozens of perfectly-round guest rooms, each with a 24-foot diameter and its own private balcony.

As if that weren't enough Americana, the Trackside Grille off of the lobby is located in a 1930s Pullman train car and carries more than 30 milkshake flavors.

The complex has been owned by Hilton and Crowne Plaza at various times. Recently the inn was bought by the University of Akron, which will likely convert it into a dormitory. Four floors already house students, but a spokesman says the remaining 91 rooms will stay open to non-student guests until November 2009, from $99.

While reviews on TripAdvisor were mixed and visitors say the hotel is showing signs of wear and tear, its design is pretty neat. And as a dorm, it sure beats the Howard Johnson that I lived in when I was a first-year student at Boston University. (My school had run out dorm space, you see, and had rented rooms for us at the local HoJo. The karaoke machine in the common area was a fun perk.)

Have you stayed here? Do you know of any other re-purposed hotels?