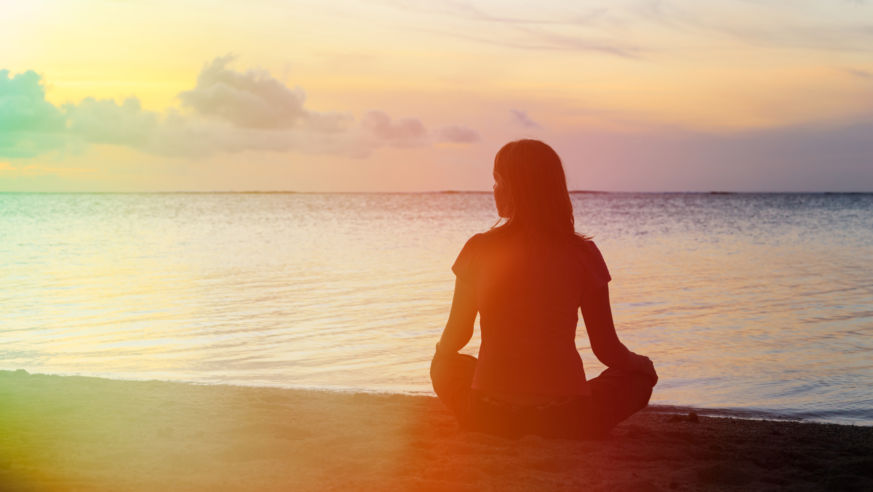 Why I opted for a 10-day meditation retreat - and why you should too.

Having grown up in a half-Thai family, I was familiar with the basic concepts of Buddhism and had been practicing meditation since I was small, yet it wasn’t until I was in my 30s and living in Boston that I first heard of the Vipassana method. A friend mentioned she was attending a retreat. It got me curious.

The free courses offered by Vipassana centers around the world include lodging, food, and instruction in the Vipassana meditation method, popularized by S.N. Goenka, a Burmese teacher. Though secular in practice, it’s based on the original technique taught by Gautama Buddha. All the centers are in rural areas and their courses generally fill up months in advance. Wait lists are long.

Rather than focusing on repeated mantras or breathing, like many other meditation techniques, Vipassana trains the mind to see things “as they really are” and to break free from the cycle of stress, anger, and dissatisfaction in which so many of us find ourselves trapped. It does this through progressively attuned observance of sensations throughout the body, while simultaneously conditioning the mind not to react to those sensations. Training takes place over the course of ten days, all of which are spent in “Noble Silence.” There is absolutely no speaking, or even eye contact, with other participants. On top of that, cellphones and any other devices (even pens and pencils are considered “devices” in the Vipassana universe) are locked away before the course begins. Surprisingly, I didn’t miss my cellphone at all, but I admit that the journalist in me couldn’t handle ten days of not writing, so after a few days I dug some empty Kleenex boxes out of a recycling bin and took notes on the backs of them using a stray eyeliner pencil I found in my purse.

The other rules include no intoxicants, no stealing, and “no killing.” A true practitioner of Buddhism is a strict vegetarian, after all.

I'd never done anything remotely approaching 100 hours of silent meditation, completely cut off from the outside world. As you can imagine, I found the prospect daunting. It’s made clear in the course description that Vipassana is not “a rest cure,” nor “a holiday,” but rather something more akin to a mental boot camp.

But I was at a crossroads in my life, having recently lost my job and then, shortly after, ended a long-term relationship and moved out of the apartment we had shared. It’s never easy to drop out of the world for ten days, but finding myself unemployed, unattached, and essentially homeless, it seemed like as good a time as any to give it a try.

When I arrived at the center, located in a remote part of Western Massachusetts, I was surprised to find not a rustic cabin resembling an abandoned kids’ summer camp, but a brand-new facility where I was assigned to a sparse, but comfortable room with a private bathroom.

I relinquished my phone and chatted with the other students before we were plunged into Noble Silence. There were 80 of us, half women and half men, though we were separated at the check-in point. There were several young Thai women and older Indian women, your expected crunchy hippie types, a twitchy woman who appeared to be on the verge of some sort of mental breakdown, a few bubbly young girls from France, and a female surgeon who stopped meditating halfway through the course. She called her husband to complain the second the noble silence was broken.

I was assigned a space in the group meditation hall and we settled in for the course introduction. I immediately noticed a potent patchouli odor coming from somewhere in front of me. It was irritating because we’d been specifically instructed not to bring “any perfumes or strongly scented toiletries.” Also, patchouli is revolting.

In a brief video, Mr. Goenka welcomed us to the course and explained the schedule and its purpose. A rotund, elderly man, he told us the story of how he went from a wealthy but miserable businessman in Burma to a devotee of Vipassana meditation in a peculiar, slightly Transylvanian drawl.

The next day we were awakened at 4am by the sound of a gong and then, as preparation before starting true Vipassana meditation, we focused on careful observation of our breath. By the end of the day, after ten hours of meditation, I was surprised to realize that I spend most of my time not living in the present, but thinking of the past or the future. It was also clear that trying to clear your mind of all thoughts is like trying to wrestle a greased pig into a coin purse.

By the second evening, my senses were so heightened that I could tell that the patchouli smell was coming from the curly-haired girl one row up and one row to the right. Despite that sensory assault, I was feeling quite calm until videotaped Goenka returned with an announcement: “There is no dinner here.”

I didn’t miss my phone or the Internet at all. Wearing baggy PJs all day was actually quite pleasant, and I had no problem sitting cross-legged on the floor for hours on end, but no dinner for ten days? A slight panic started to rise in my throat. Or maybe it was just the hunger setting in.

By the third day, it became clear that men are truly the gassier of the sexes. (Or they just make less effort to hold it in). But far more distracting was the construction work going on just outside the meditation hall—perhaps an additional test of our resolve?

On Day 4 I accidentally poured boiling water over my hand at tea time but somehow managed to maintain my silence. As I sat meditating afterwards, I realized that while I could still feel the burn, it no longer hurt—or rather, the pain didn’t bother me. This concrete demonstration of the power of the mind over the body and perception was a compelling epiphany.

As the days passed and hours of meditation piled up, I came to recognize the sounds of coughing, hammering, belching, and farting as mere vibrations, rippling through the air and my body, and understood how pointless it was to let them bother me. But at night my stomach grumbled, and when I heard some of the other women sneaking out to their cars after lights-out, I imagined they were shoving contraband Luna bars into their mouths.

On Day 6, empty spots around the room made it clear that during the night several people had “done a legger,” as the Irish say. Whether it was hunger, boredom, discomfort, or overwhelming urges to kill that had chased them off, I’ll never know. I was having occasional wistful thoughts of coffee and margaritas, but was determined to stick it out.

As Day 7 dawned, I felt strong and serene. While my mind would still occasionally wander like a naughty monkey, I could do mental TSA scans of my body from front-to-back, top-to-bottom, any which way. At a certain point, I even felt, as hokey ask it might sound, the confines of my body dissolve and hum with the energy of each of my cells, in rhythm with the energy pulsing in the air all around. If you’d asked me a week before if I’d ever felt my body’s energy at one with that of the universe, I’d have given you some serious side-eye.

As the end of the course drew near, I grew fearful of re-entering society after having made eye contact with only a robin in over a week, and with senses so heightened that I could detect the change in temperature in the air I inhaled—cooler as it went in one nostril, warmer as it went out. Would my head explode when I was surrounded by people, cars, traffic, the chaos of the city?

On the last day, we were released from silence and informed that it was “Metta Day,” a day of “loving kindness,” which the two girls from France celebrated by having a screaming fight in their room. Though my middle name is “Metta” (no, really—it is), I freely admit that I’ve often had trouble maintaining feelings of affection towards all living beings. But in the week after the course, I cuddled a cat (an animal that I not only detest but to which I am severely allergic) and was completely unfazed by an accidental run-in with a toxic ex.

But though this unearthly composure and beneficence would not last forever, I came away from the course with a heightened awareness and invaluable tools for the rest of my life—the ability, whenever I should wish to utilize it—to live each moment with truth and clarity, and the power to determine my own happiness.