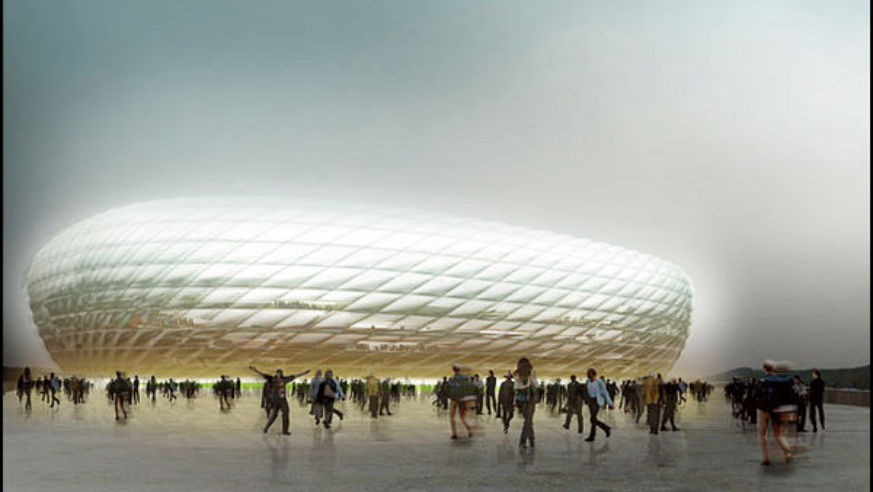 The World Cup happens every four years, and the next one, in 2006, is expected to draw 5 million spectators to host country Germany. The soccer tournament takes place from June 9 to July 9, with teams from 32 countries competing in 12 German cities, including Munich, Frankfurt, and Cologne. The finals will be held at Berlin's Olympic Stadium, where Jesse Owens won four gold medals during the 1936 Games.

Tickets are sold in five sessions. Two already took place; the next one is December 12-January 15; and the last two are February 15-April 15 and May 1-July 9. Tickets are awarded by lottery at the end of each session, so there's no benefit in being the first to apply; your chances diminish with each session, however. To enter the lottery, submit your passport number, e-mail address, ticket request, and other info at fifaworldcup.com. Winners for the next session are notified in late January, at which point they can pay with a MasterCard--the only credit card accepted--or by bank transfer. Tickets are mailed out six to eight weeks before the tournament.

During earlier sessions it was possible to purchase Team Specific Tickets (TSTs), in which applicants signed on for a series of games played by a chosen team. All of the TSTs are now sold out, so the only option is to enter the lottery for individual seats to any of the tournament's 64 matches. You can apply for a maximum of four tickets per match per household, for up to seven different matches; each household (meaning people with the same surname and address) may submit a request only once per session. Applying for more than one game scheduled on the same day is not allowed. Tickets come in four categories: Category 1 is the most expensive, located along the sideline with the best view of the game (from $120). Category 2 seats are at the corners of the field (from $73), and Category 3 and 4 tickets are behind the goal (from $54 and $43 respectively).

Heading over to Germany during the tournament without tickets may sound fun, but hotels will be charging top dollar--if you can find anything available. And think twice before buying tickets from a scalper, either in person or online. Transferring or reselling tickets--even for face value--is prohibited unless World Cup officials give explicit approval. No refunds or cancellations are allowed either. In addition to an embedded computer chip to prevent counterfeiting, each ticket comes with the purchaser's name printed on it. Random checks will be held at arena gates, and if the name doesn't match your ID, you can expect to be turned away.

If you really want tickets

While scalping is strictly prohibited, certain vendors are able to legally sell tickets. If you want to be guaranteed seats and don't mind paying through the nose, services such as ticketsnow.com and onlineseats.com charge anywhere from $700 to several thousand dollars per ticket. Razorgator, a California-based company, has packages that include three nights' hotel and one Category 3 or 4 ticket for an early-round game featuring the U.S. or a team of your choice starting at $1,500 (800/591-9198, razorgator.com). The World Cup is a huge event, and there will be scams, so put the onus on the ticket vendor to prove it's legitimate before paying for anything.