Wikipedia
Beaver County is a county in west central Utah, United States. As of the 2010 United States Census, the population was 6,629. Its county seat and largest city is Beaver. The county was named for the abundance of beaver in the area. 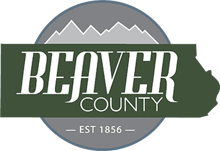 Find more things to do, itinerary ideas, updated news and events, and plan your perfect trip to Beaver County
ADVERTISEMENT

Millard County ( MIL-ərd) is a county in the U.S. state of Utah. As of the 2010 United States Census, the population was 12,503. Its county seat is Fillmore, and the largest city is Delta.

Bryce Canyon Country is the nickname for Garfield County, Utah. As the main tourist attraction in the county, Bryce Canyon National Park is what most people come to this area to experience.