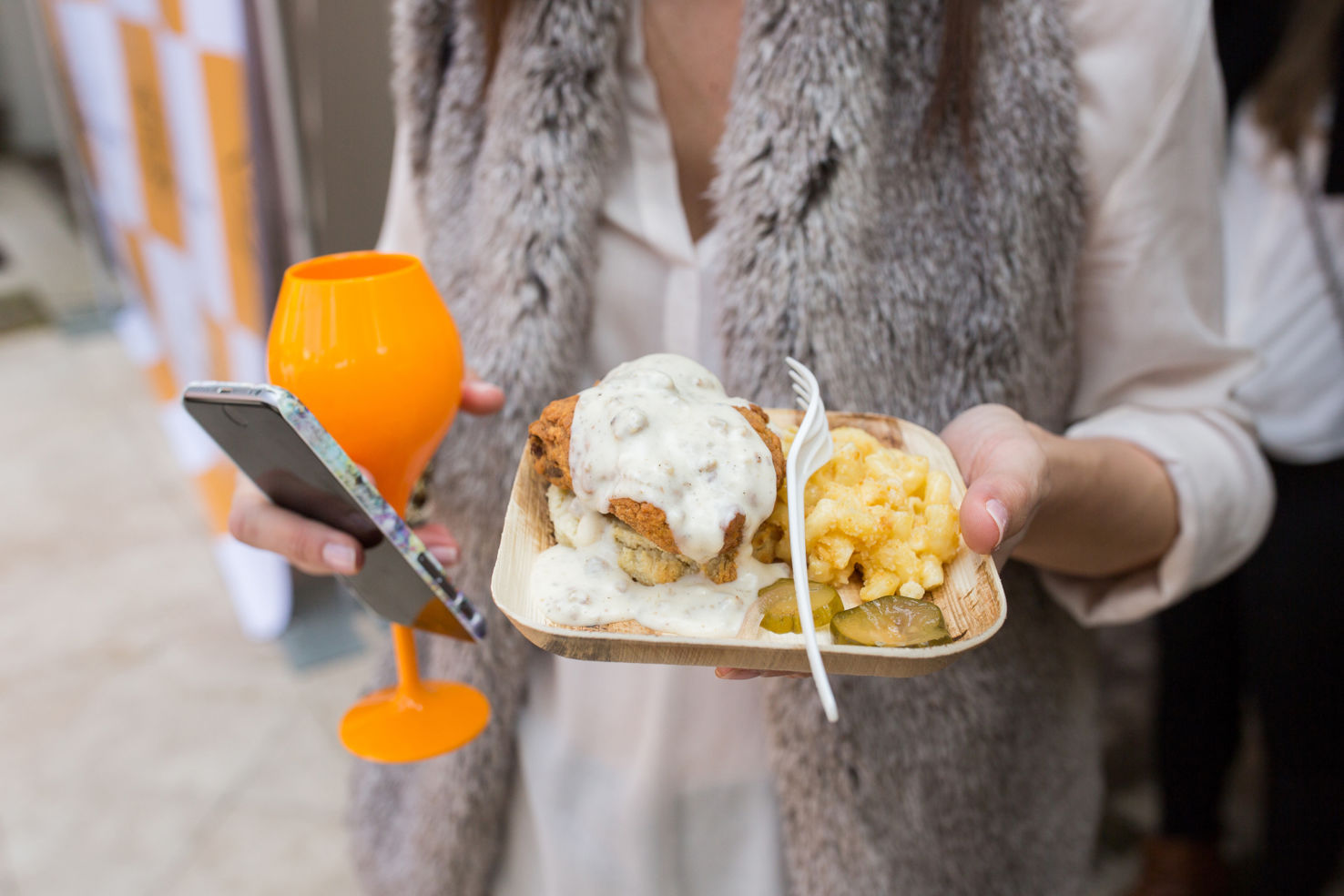 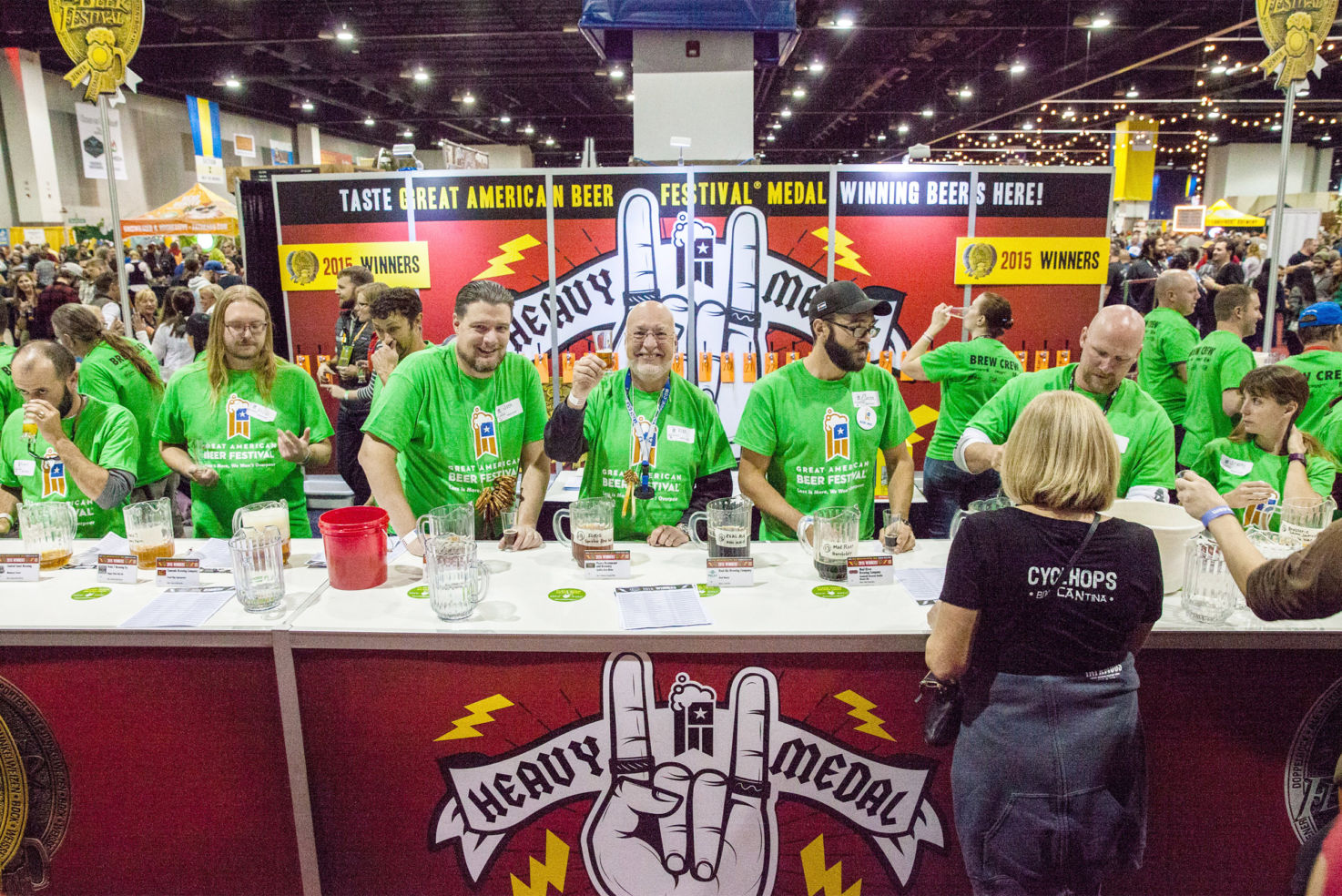 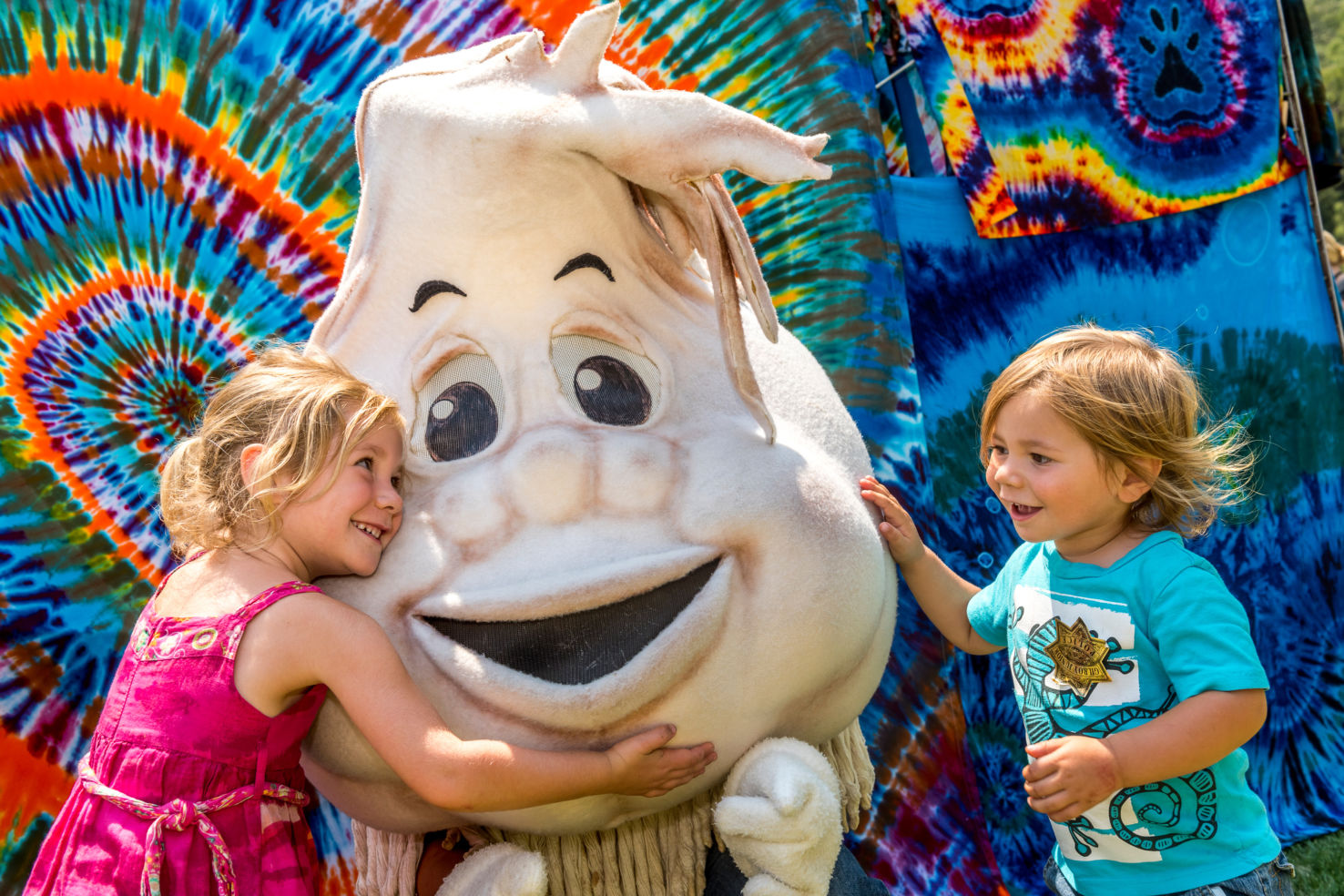 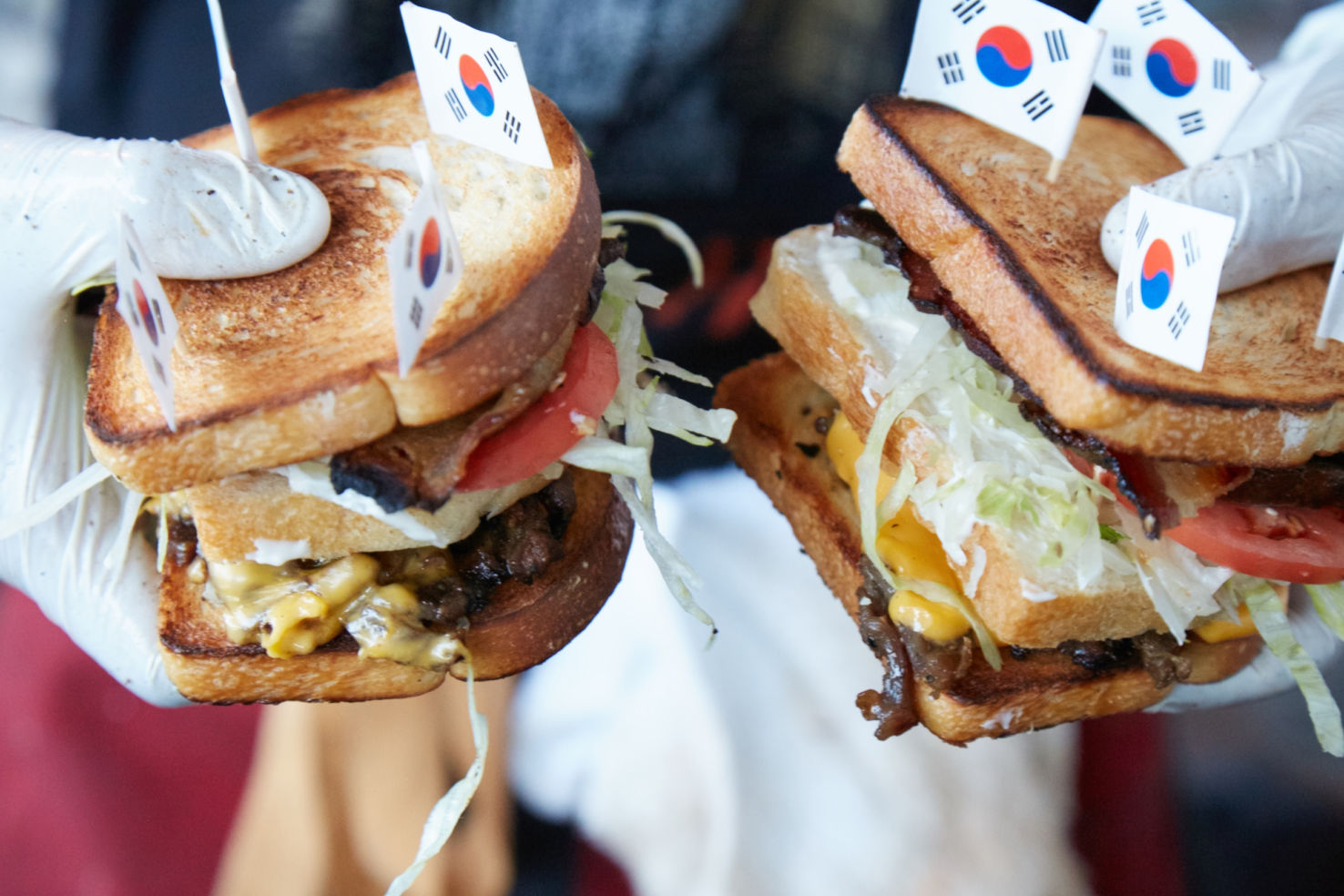 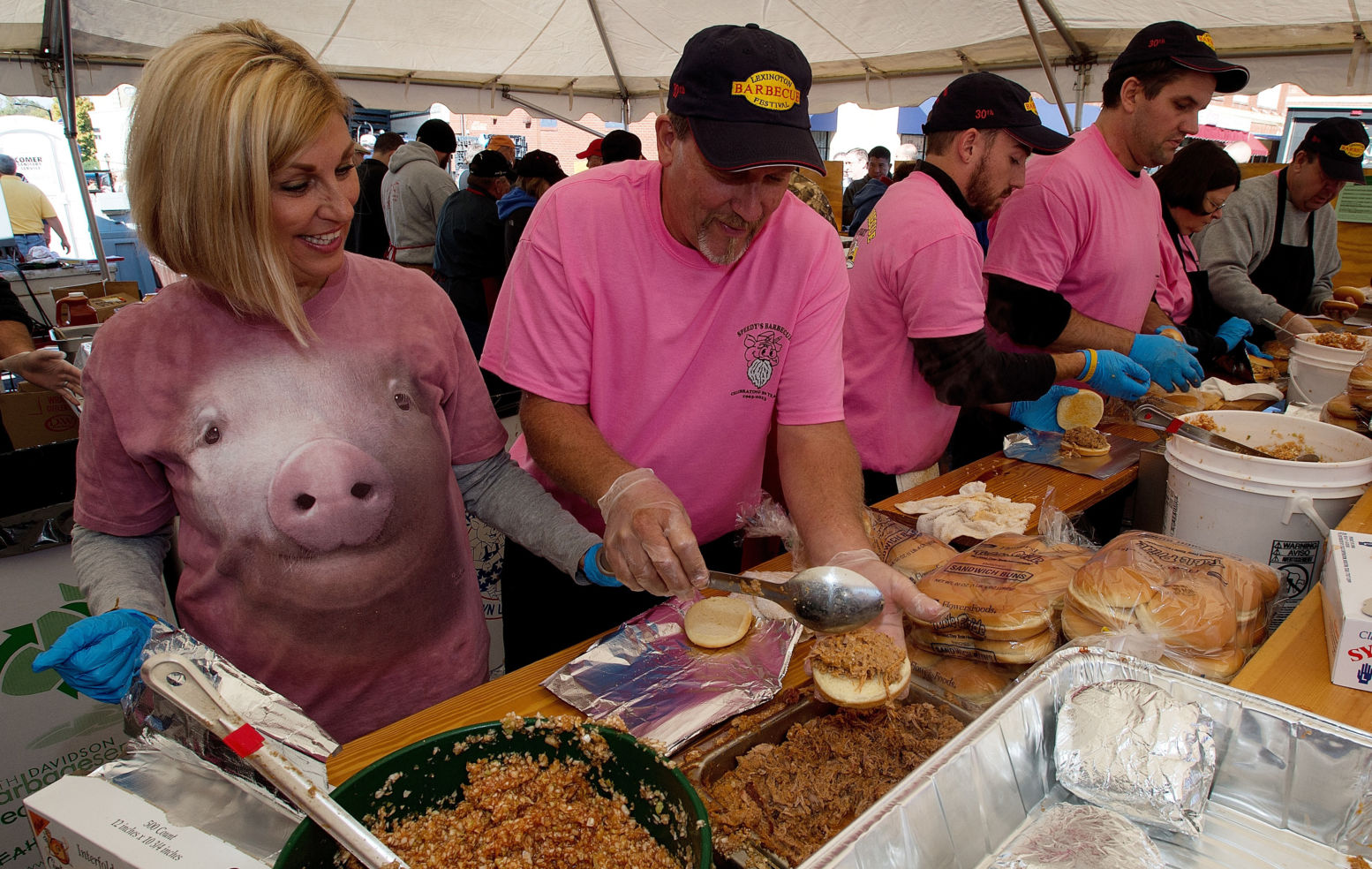 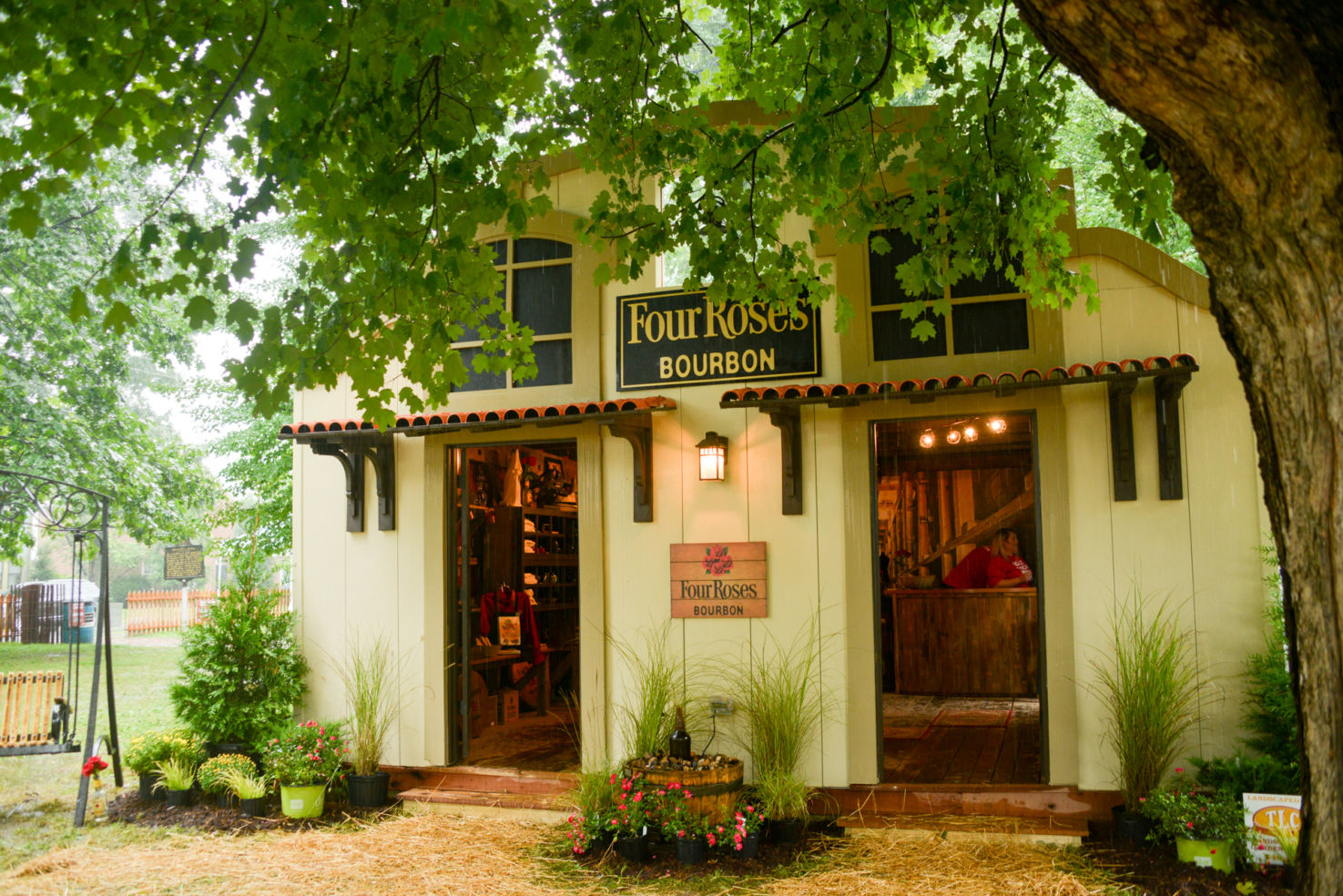 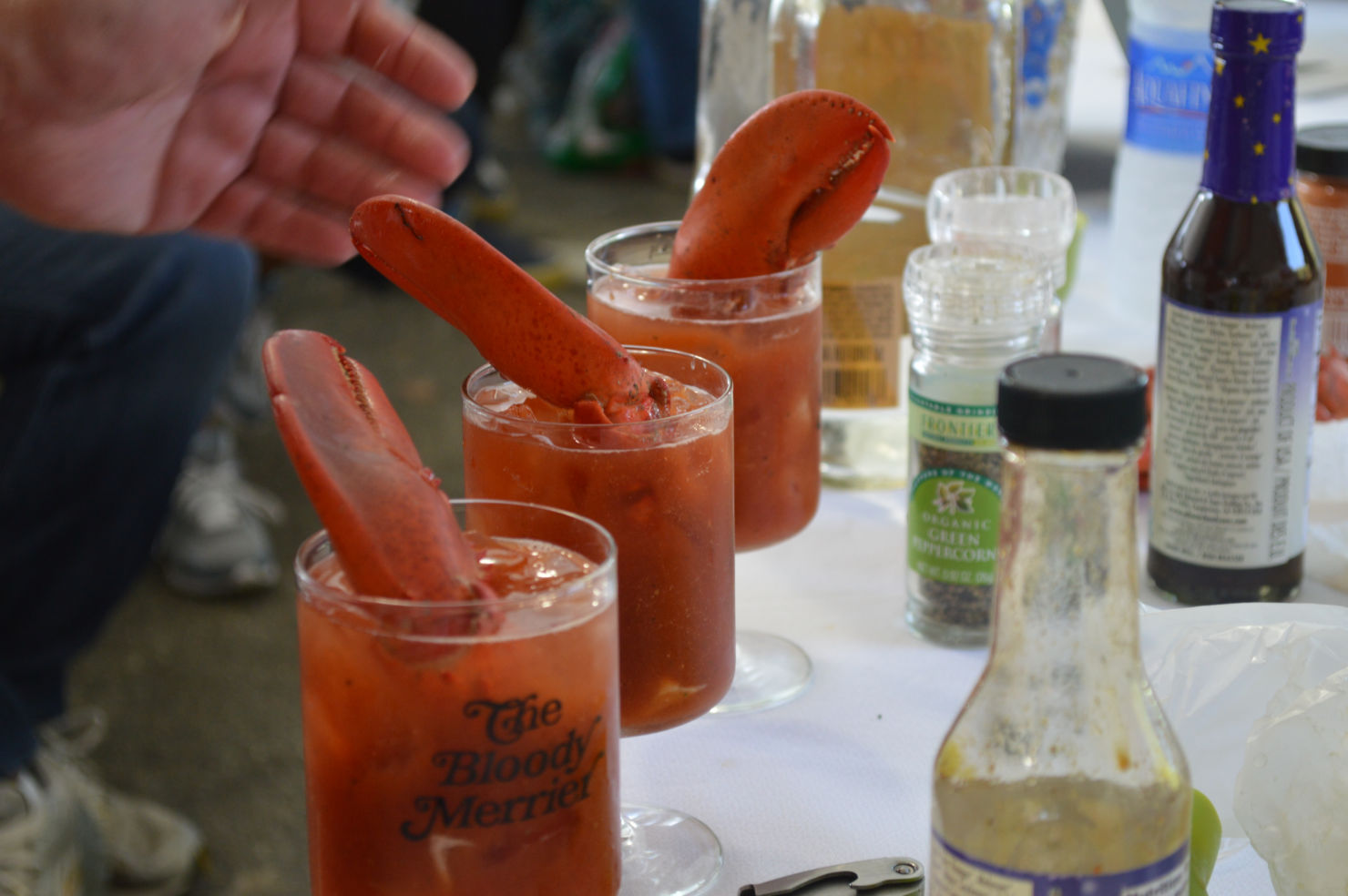 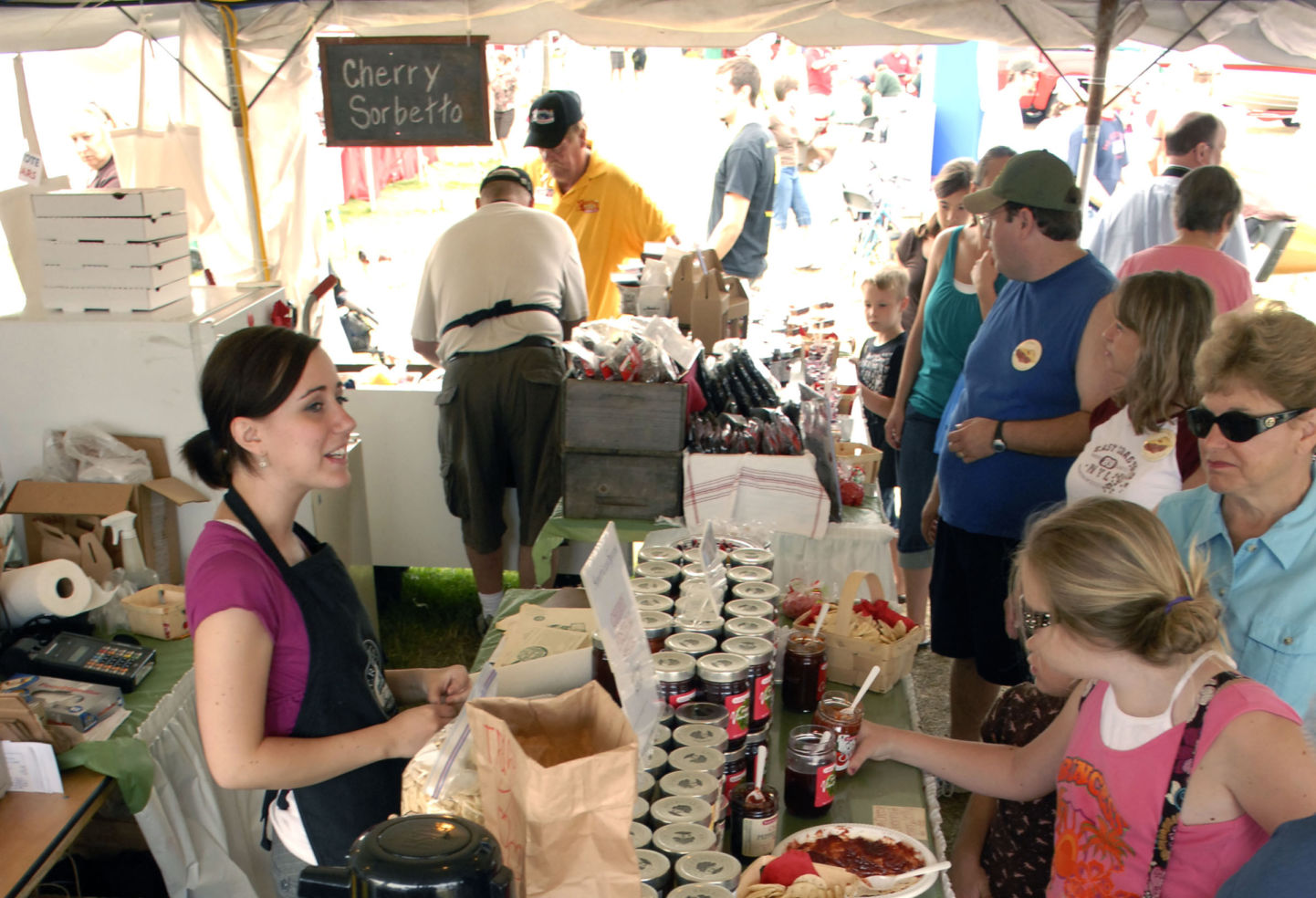 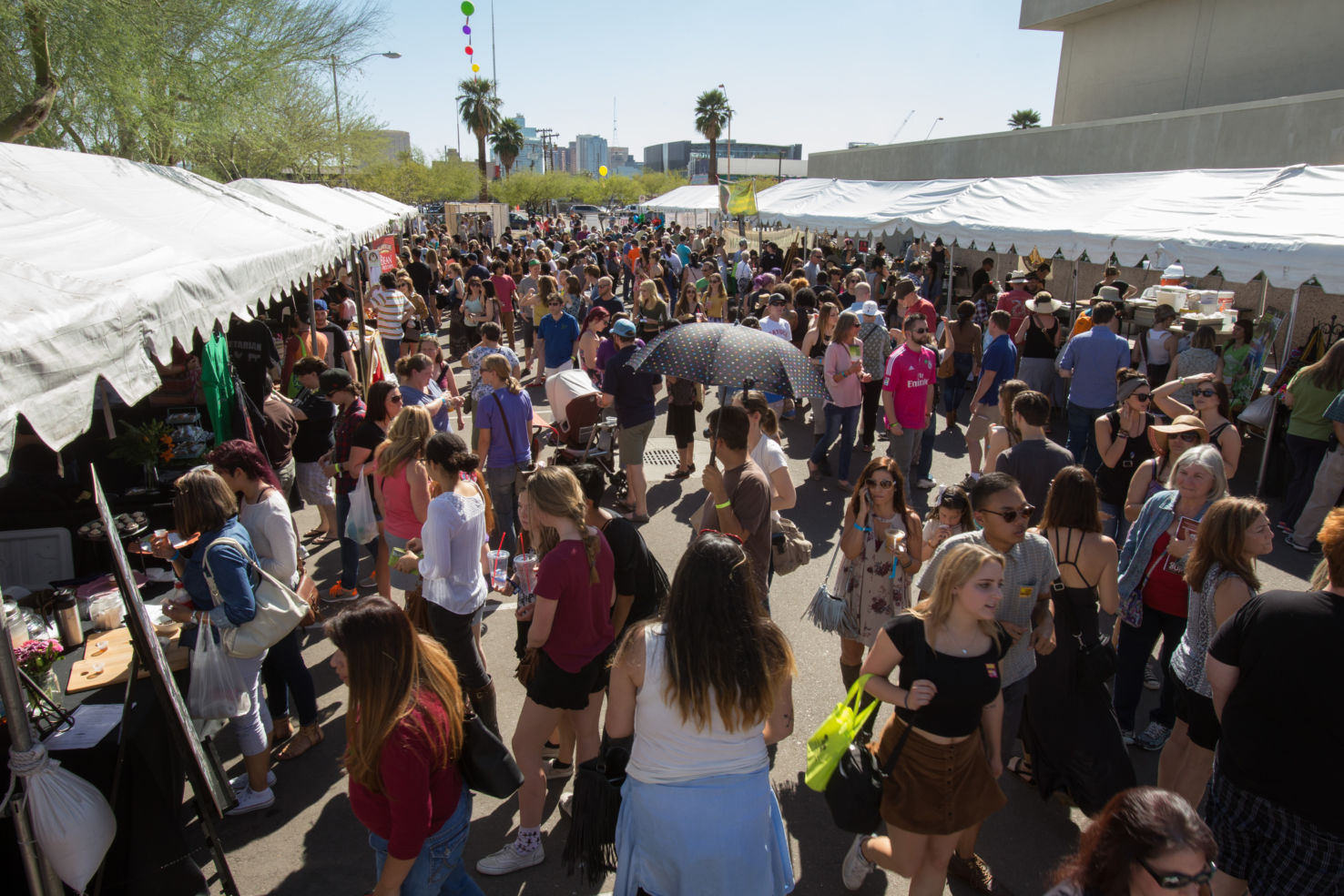 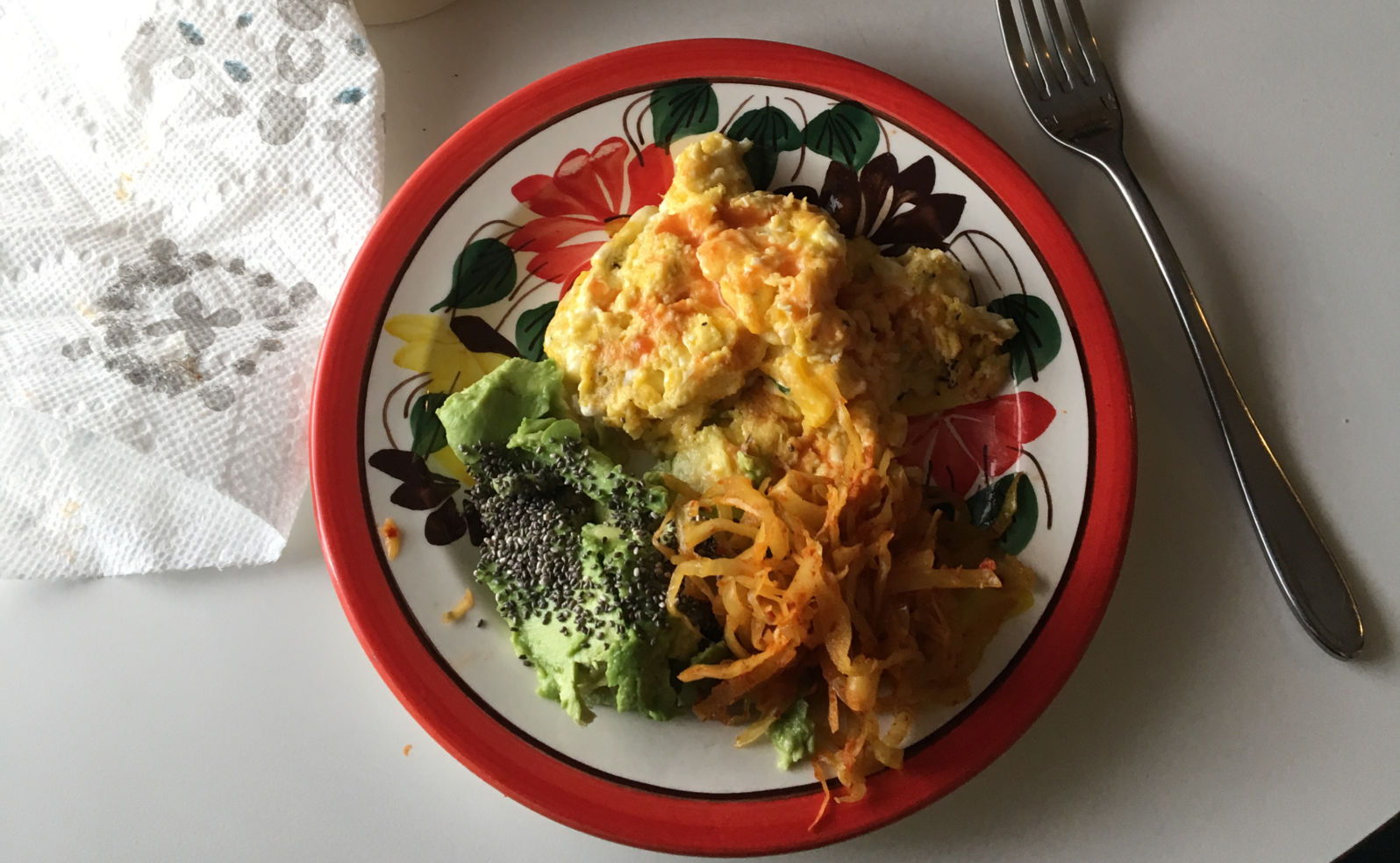 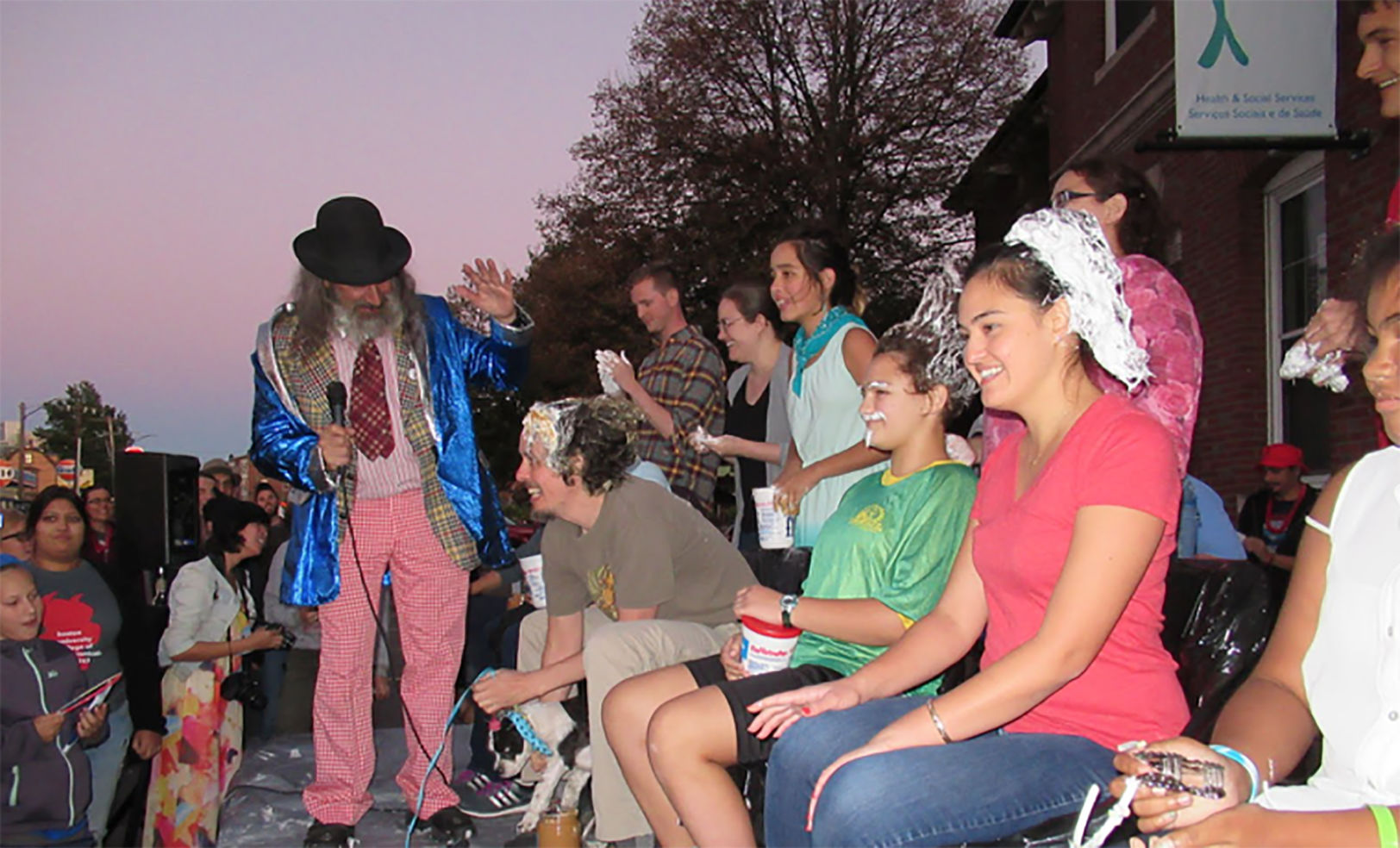 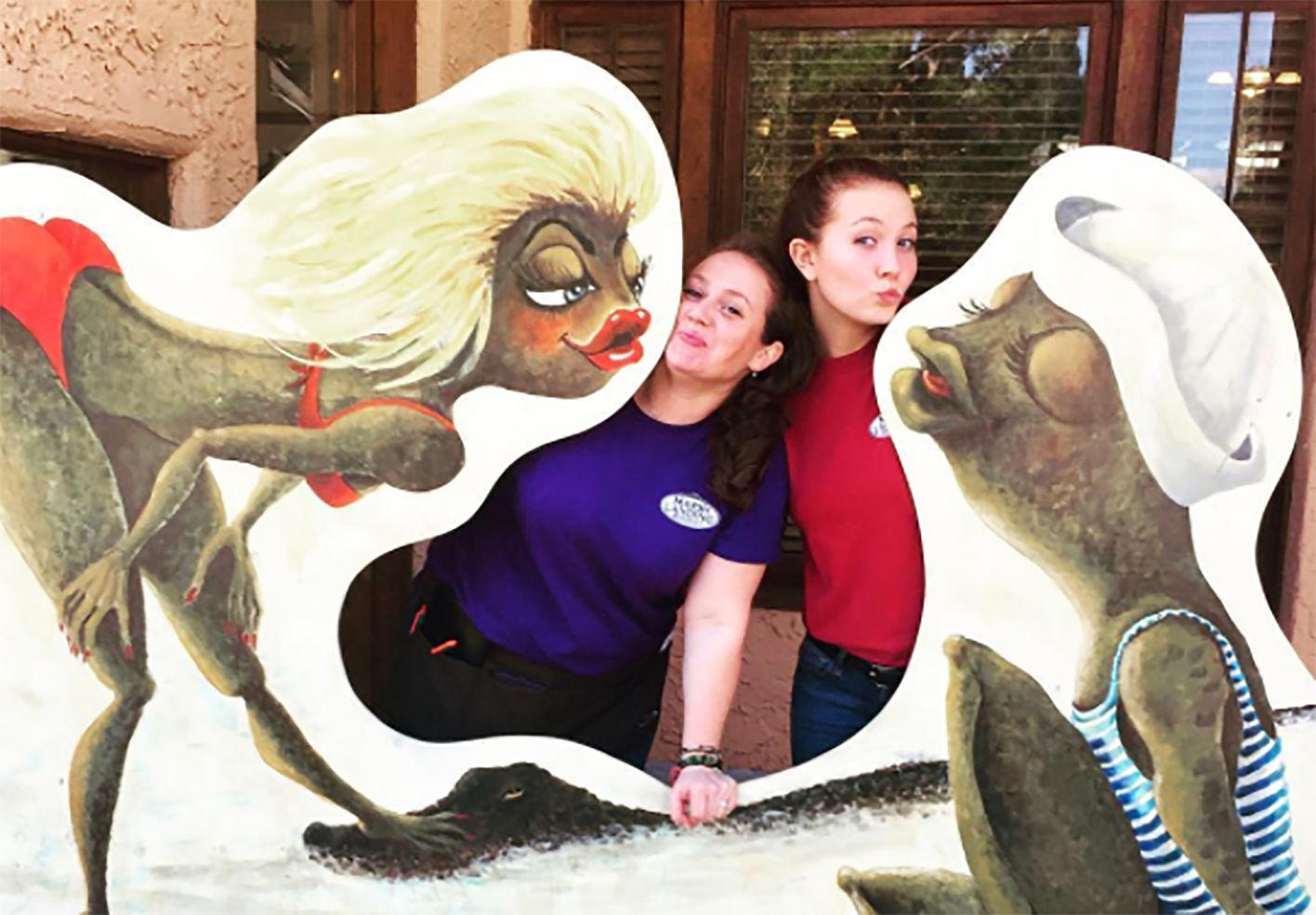 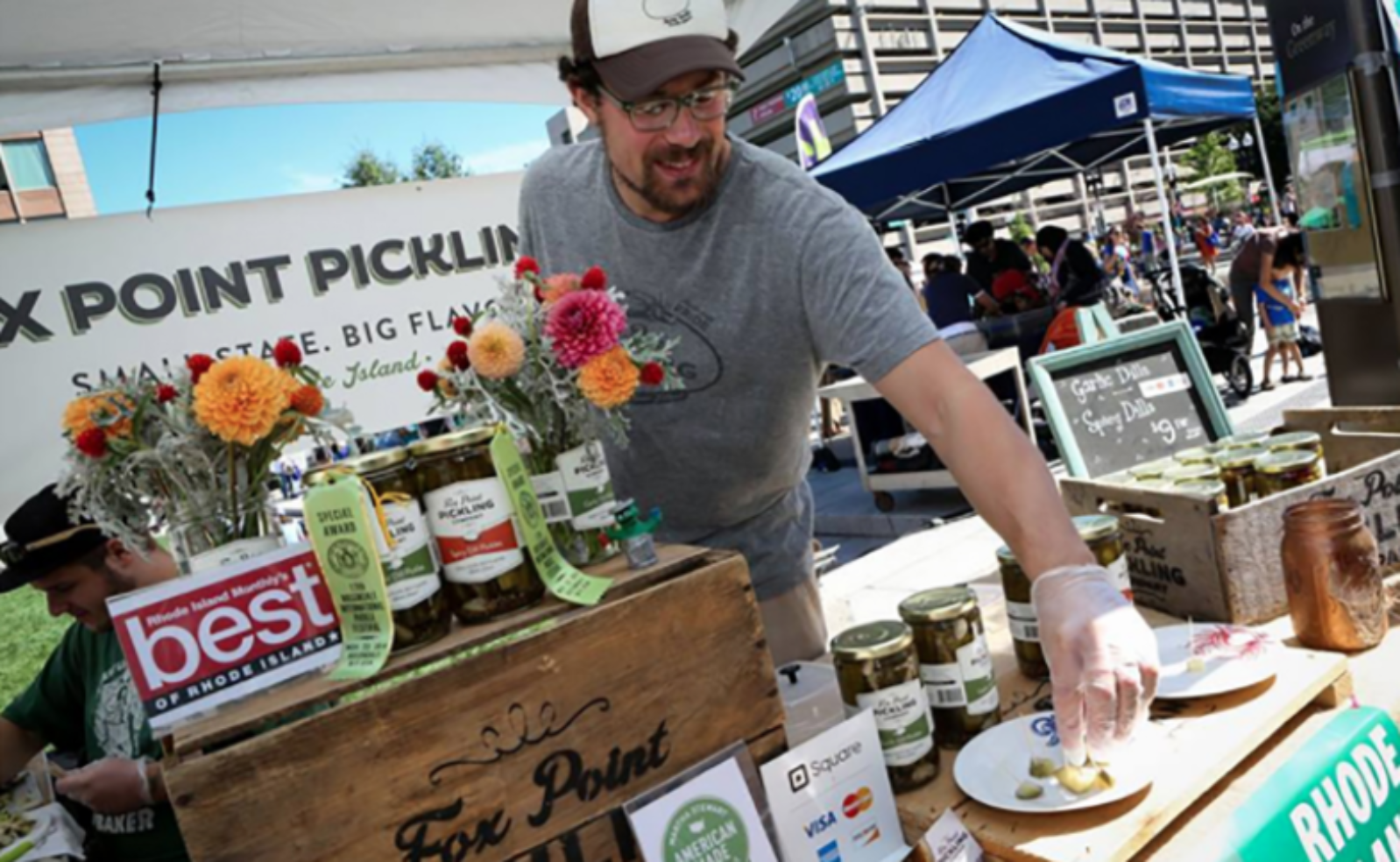 There are few dishes more Southern than shrimp and grits, which, legend has it, can be traced back to Charleston, South Carolina. But that’s merely the drop in the bucket of culinary history in this Southern destination. Little surprise that the Charleston Food + Wine, one of the country’s grandest food festivals, happens here. Haute cuisine takes over low country every March for this marquee event, loaded with meals, tastings, and demos, many of which are led by some the most iconic personalities of the American culinary world.

LAGERS AND PILSNERS AND STOUTS, OH MY!

Let the lager drinkers go to Munich for Oktoberfest. Everyone else heads to Denver each October for the Great American Beer Festival, a massive three-day showcase that was founded in 1982 and lays claim to offering the largest collection of American beer ever served in a public tasting event. At last count, there were 3,500 beers from 700 American craft producers. Throughout each day there are opportunities galore to chat with brewers, beer-pairing experiences, a bookstore, and plenty of places to kick back and take a break. The GAFB organizers deserve extra props for offering a Designated Drivers’ Lounge.

We would need far more space than this slideshow allows to give you the full rundown of all the delightfully stinky, garlic-fortified food on offer during the Gilroy Garlic Festival each July, so we’ll just offer this teaser: stuffed mushrooms, scampi, blackened shrimp, Philly cheesesteak, crab fries, Italian sausage, falafel, kettlecorn, and ice cream. Yes, garlic kettlecorn and soft-serve ice cream. Add to that professional and amateur cooking competitions, live music, and activities for kids. It all smells like a great time to us.

From its abundant food trucks to nationally renowned restaurants to farmers’ markets to creative pop-ups, Portland, Oregon is arguably one of the country’s most exciting food cities. It’s all on display each July at Feast Portland, a four-day citywide bonanza that starts with a “Sandwich Invitational,” where chefs from around the country pull the rug out from under everything you’ve thought a sandwich is, ends with Sunday Brunch Village, an outdoor festival where you can sample brunch delicacies of all persuasions. In the days between, there’s a flame-fueled smoked food festival, the Night Market, an outdoor event celebrating global street food and drink, and a two-day daytime tasting event in the center of downtown that offers a smorgasbord of regional artisan fare as well as beer, wine, and cider. Peppered throughout are classes, chefs’ dinners, panels, and an intimate cocktail crawl.

Barbecue events in America come in countless shapes, themes, and sizes, but one of the biggest happens each October in Lexington, North Carolina. The massive Barbecue Festival, which started in 1984, features six entertainment stages, 400 exhibitors in three tents and thousands of pounds fresh-off-the-grill pork. On the nonedible front, each year, a swine-related sand sculpture, which clocks in at around 50 tons, is created in downtown Lexington in the days leading up to the main event and is always a marvel to behold.

In 2006, the American congress reached across the aisle and nearly unanimously established September National Bourbon Heritage Months. There are few better ways to celebrate than the 6-day Kentucky Bourbon Fest in Bardstown. Each September, thousands of bourbon-lovers descend on this well-preserved relic of small-town America for a few days packed with booze-soaked events, from a grand black-tie gala tasting to Boots and Bourbon, a more downhome rodeo-style party with live music, to classes in cocktail-making and food-pairing. But the main event is the World Champion Barrel Relay, where you can watch Kentucky’s strongmen and women battle it out for the title.

Each August, about 20,000 pounds of lobster are used at Maine Lobster Festival. The crustacean celebration includes concerts by Grammy-nominated performers, a crate race (read: jumping from crate to crate on the water), wine/beer/spirits tastings, cooking competitions, a road race, arts and crafts for sale by local artists, and, of course, more lobster rolls than you can shake a tentacle at.

In 1930, President Herbert Hoover attended the opening ceremonies of a three-day festival in Traverse City, Michigan that celebrated the local cherry harvest. Today, the National Cherry Festival is a week-long event with a packed calendar of things to do, from air shows to a farmers’ market to orchard tours to parades and a craft fair. Kids keep busy at an arts and crafts center, baking classes, turtle races, and the Bubble Gum Blow, while competitive adults get in on the game with a pie-eating contests and, of course, the cherry spitting competition. (World record is 95 feet, in case you’re wondering.)

Barbecue festivals are a dime a dozen. Vegan festivals? Not so much. The animal-product-averse among us gather each February at the Phoenix Vegan Festival, an outdoor event at the Phoenix Art Museum complex. New Mexico’s finest food and beverage purveyors as well as restaurants are all represented as are makers of vegan clothing, accessories, and personal care products. Throughout the daylong event, festival-goers can catch cooking demos, chef talks, and live music performances.

Once upon a time, fermented foods were a niche obsession, with underground societies getting together to make sauerkraut and kimchee. Then the world started talking about probiotics. Today, you might say fermented foods are the new bacon—ubiquitous and sought after. The NYC Fermentation Festival, which launched in Brooklyn in February 2017, is a veritable feast of all things teeming with good bacteria—kimchee, beer, kombucha, and veggies galore. The event features more than 30 vendors are on site selling their edible and drinkable wares, seminars and demos, mingling sessions for homebrewers, and even workshops for kids.

There are plenty of chocolate-themed events and baking competitions and, come winter, you can hardly throw a fruitcake without hitting a gingerbread house. But What the Fluff?, which takes place every September just outside Boston in Somerville, is the only happening in the world that puts Marshmallow Fluff in the spotlight. The festivities happen in Union Square, a hip, bustling urban center where Fluff was invented in the early 1900s and draws over 10,000 people for a day of live music, cooking competitions, and all kinds of sticky, gooey activities, like a marshmallow toss and a Fluff “lick off.” There’s plenty of zany, yummy things for kids to do, also.

Courtesy What the Fluff?

New England has apples, New Orleans has jambalaya, and Fellsmere, Florida has frog legs. The annual Fellsmere Frog Leg Festival celebrates the traditional local delicacy each January in country fair style, with live music, a ferris wheel and other rides, an extensive crafts festival, and, of course, heaping piles of frog legs and gator tails.

For many years, Boston was notorious for the snarling traffic caused by the “Big Dig,” a sprawling construction project that essentially rerouted a 6-lane highway into an 8-lane tunnel. Today, as a result of laying 3.8 cubic yards of concrete, Boston boasts the far more attractive Rose Kennedy Greenway. Each September it’s the sprawling, laid-back setting for the Boston Local Food Festival, a free one-day event where farmers, local restaurants, food trucks, fish mongers and health-minded organizations come out to show their wares. Sustainable, local, and healthy are the guiding principal of the event, which also features a farmers’ market, chef demos, cooking competitions, and live music.

Hungry? Good! From coast to coast, from seafood to vegan fare to craft beer to garlic, we guarantee there's an American food festival to satisfy your appetite. Here, some of our favorites...