North Carolina is known for its destination-worthy beaches and dynastic college basketball teams, among other things, but its capital is often overshadowed by flashier locales around the state – which is a pity, because Sir Walter Raleigh’s namesake has plenty to recommend it. Home to North Carolina State University, not to mention world-class cuisine, standout arts organizations, and all the fun and games you’d hope to find in a college community, the easternmost point in the state’s famed Triangle deserves a deeper look. Here are a few highlights to hit when you’re in town. 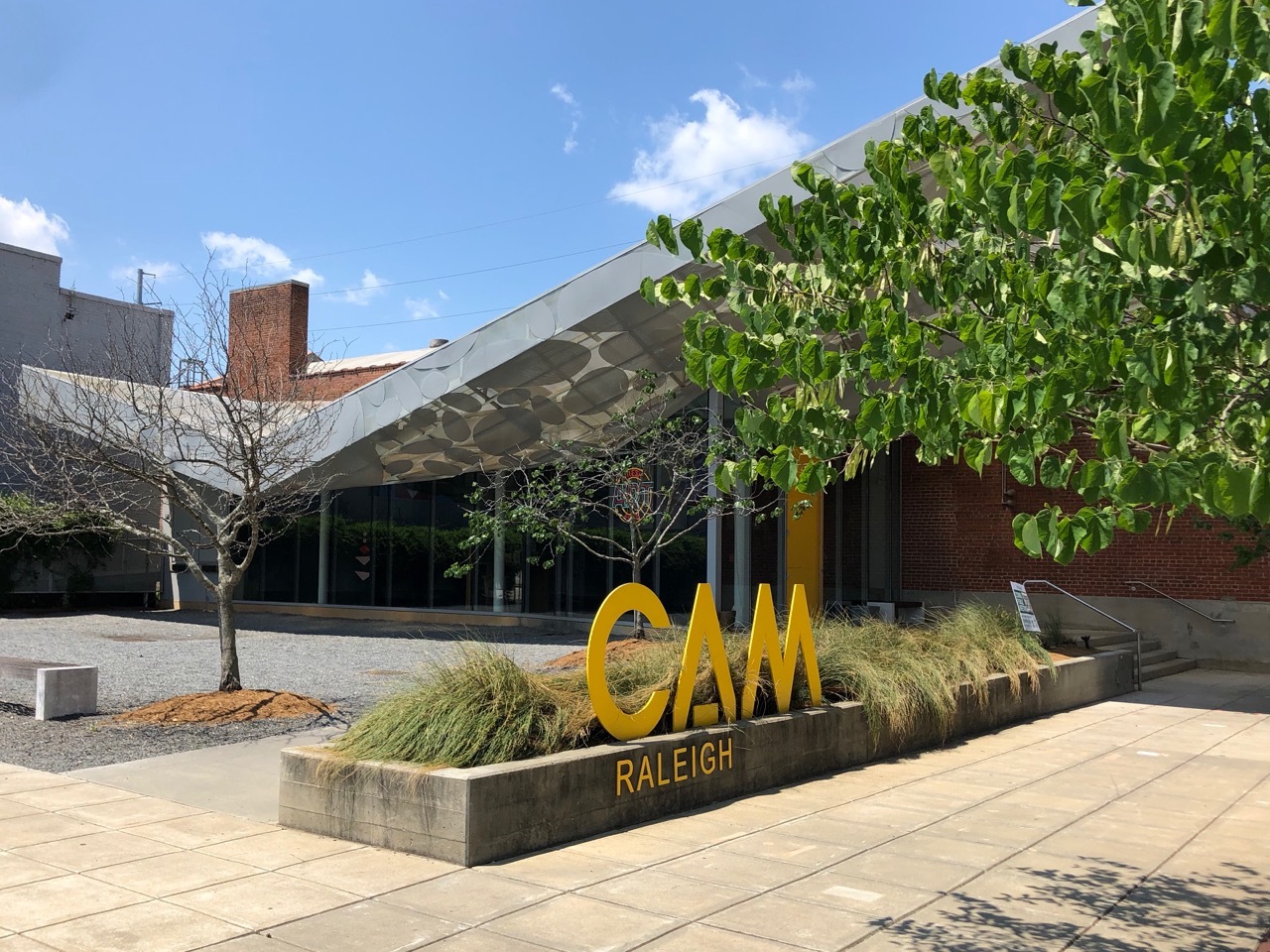 The arts scene in Raleigh doesn’t garner the same plaudits as, say, the one in Asheville, but when it comes to creative pursuits, North Carolina’s capital measures up. With an extensive permanent collection that includes Italian renaissance paintings, Egyptian funerary art, Jewish ceremonial objects – one of just two permanent Jewish art displays in a US art museum – and modern pieces from the likes of Ellsworth Kelly and Ursula von Rydingsvard, not to mention a Rodin sculpture garden with pieces from different phases of the artist’s storied career, the sprawling North Carolina Museum of Art is a great place to start.

There are natural-history and state-history museums too, but for something au courant, head to the Warehouse District, a former industrial area that now plays host to an array of galleries, shops, restaurants, and bars. It’s also home to CAM Raleigh, a contemporary art museum that features a rotating series of original exhibitions starring artists from around the world. The air conditioning was out the weekend we visited, but even that didn’t impede our enjoyment – the minimalist space (think: concrete floors, hangar-style ceilings, and white walls) was full of attention-grabbers, from mixed-media collages to card-stock sculptures to laser-cut plywood pieces to one particularly eye-catching octopus, rendered in wine corks and epoxy clay.

2. Eat your heart out 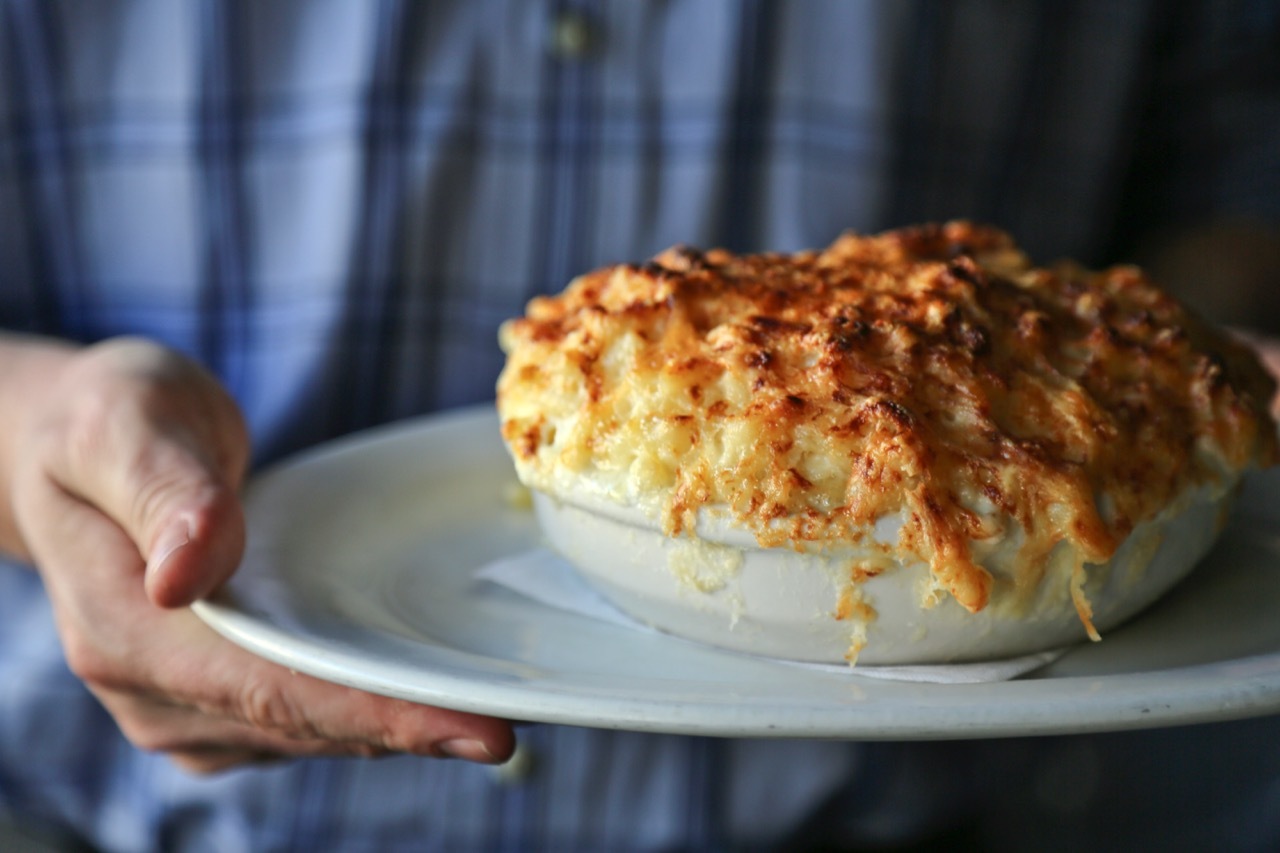 It wouldn’t be a proper Southern experience without sampling the local delicacies, and the highly decorated Ashley Christensen is perhaps the city’s best-known chef. Any restaurant in the James Beard winner’s growing empire is worth a visit: Downtown, Poole’s Diner is justifiably famous for its comfort food (the rich, gooey macaroni au gratin deserves an honorable mention), while Death & Taxes puts a contemporary, wood-fired spin on regional produce, and Beasley’s Chicken + Honey slings down-home favorites like chicken and waffles, biscuits, and raging-hot wings. (The newest member of the family, a Neapolitan pizza parlor called Poole'side Pies, just opened this month.) 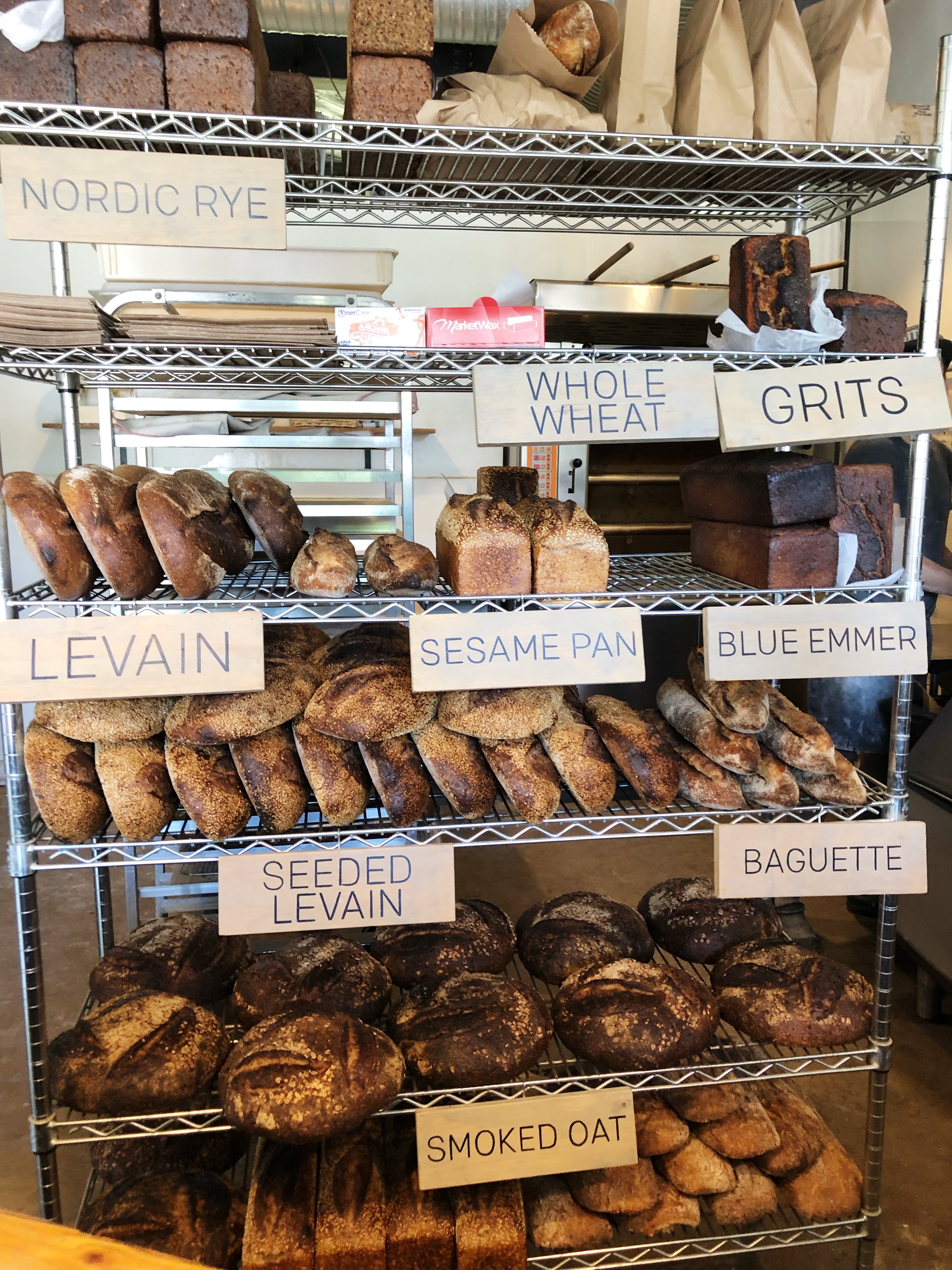 Boulted Bakery is a must-stop for carb-lovers. (Maya Stanton)

For stellar seafood with Cajun flair, head downtown to St. Roch, a New Orleans-inspired oyster bar with a can’t-go-wrong menu. Try the bivalves, of course, raw or roasted, but don’t sleep on the crab claws, drenched in black garlic and chili; the hush puppies, studded with crawfish and plated with creole cane butter for dipping; and the peel-n-eat shrimp, smothered in a coconut, cilantro, and lime-inflected BBQ sauce. (Save room for the beignets, if you can manage it – hot out of the fryer and served with bourbon caramel on the side, they’re the perfect way to end the meal.) Also downtown is Brewery Bhavana, a combination flower shop, bookstore, dim sum joint, and brewery that’s garnered national plaudits since it opened in 2017. Order a cocktail like the Chinese old-fashioned, spiked with oolong and five-spice, or a glass of cucumber sangria to have alongside turnip cakes festooned with thin-sliced scallions, seafood dumplings in a garlicky mushroom broth, chicken- and pork-stuffed bao, and Sichuan cucumber salad. 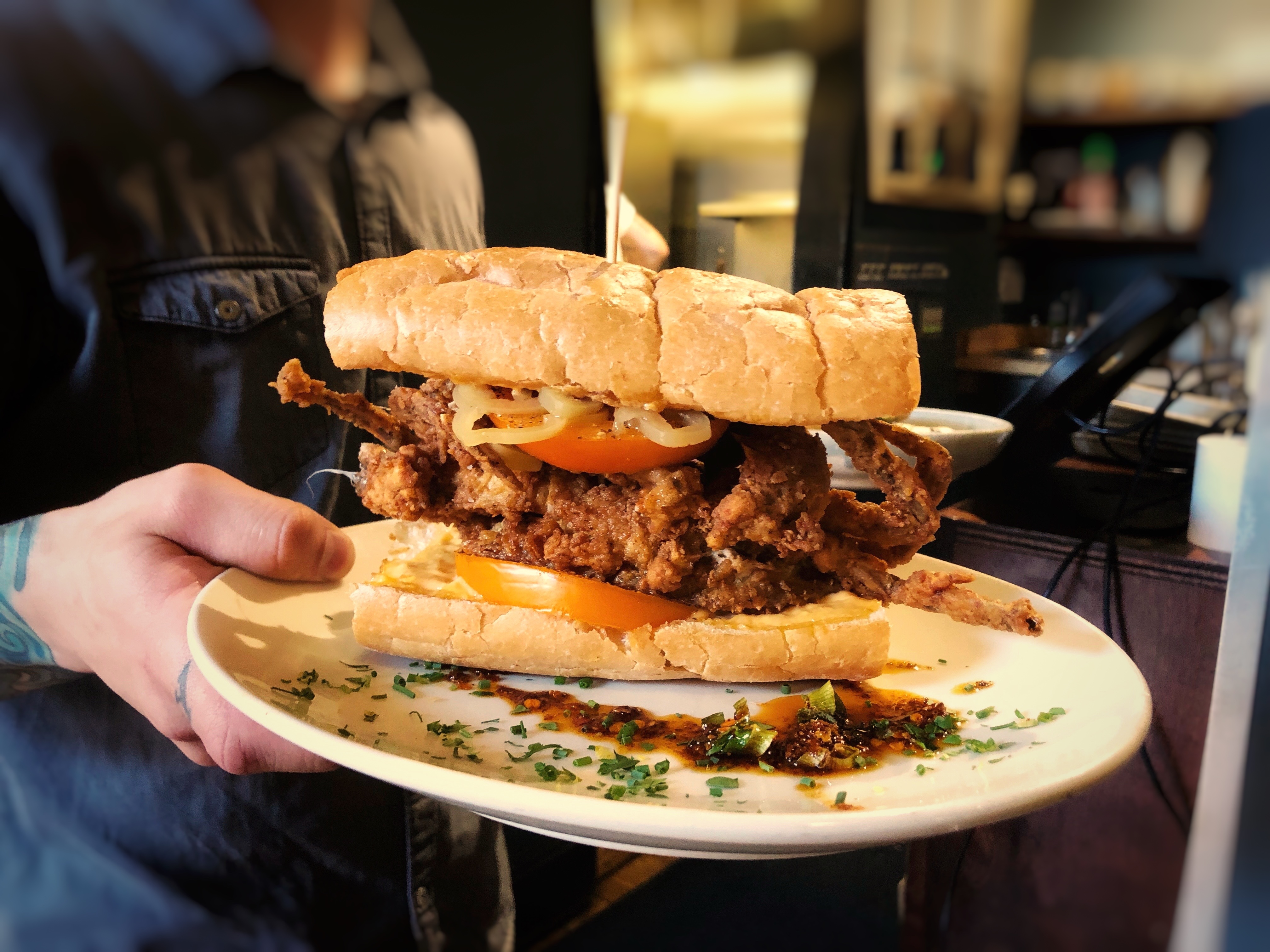 Finally, a must for carb-lovers is Boulted Bread. Located southwest of downtown, on the outskirts of the Boylan Heights neighborhood, it’s an artisanal affair that takes baking extremely seriously, with an onsite stone mill that processes the heirloom grains used in loaves of blue emmer wheat and Nordic rye, and in the pastries too – if the potato-cheddar quiche, Benton’s ham–filled bialy, or the cinnamon-sugar-speckled morning bun are available, grab one of each. The same team recently opened Benchwarmers Bagels in Transfer Co. Food Hall, and though this New Yorker was highly skeptical, it hit the mark, especially the sesame-bagel sandwich with smoked fish, potato chips, pickled green tomatoes, and salmon roe. 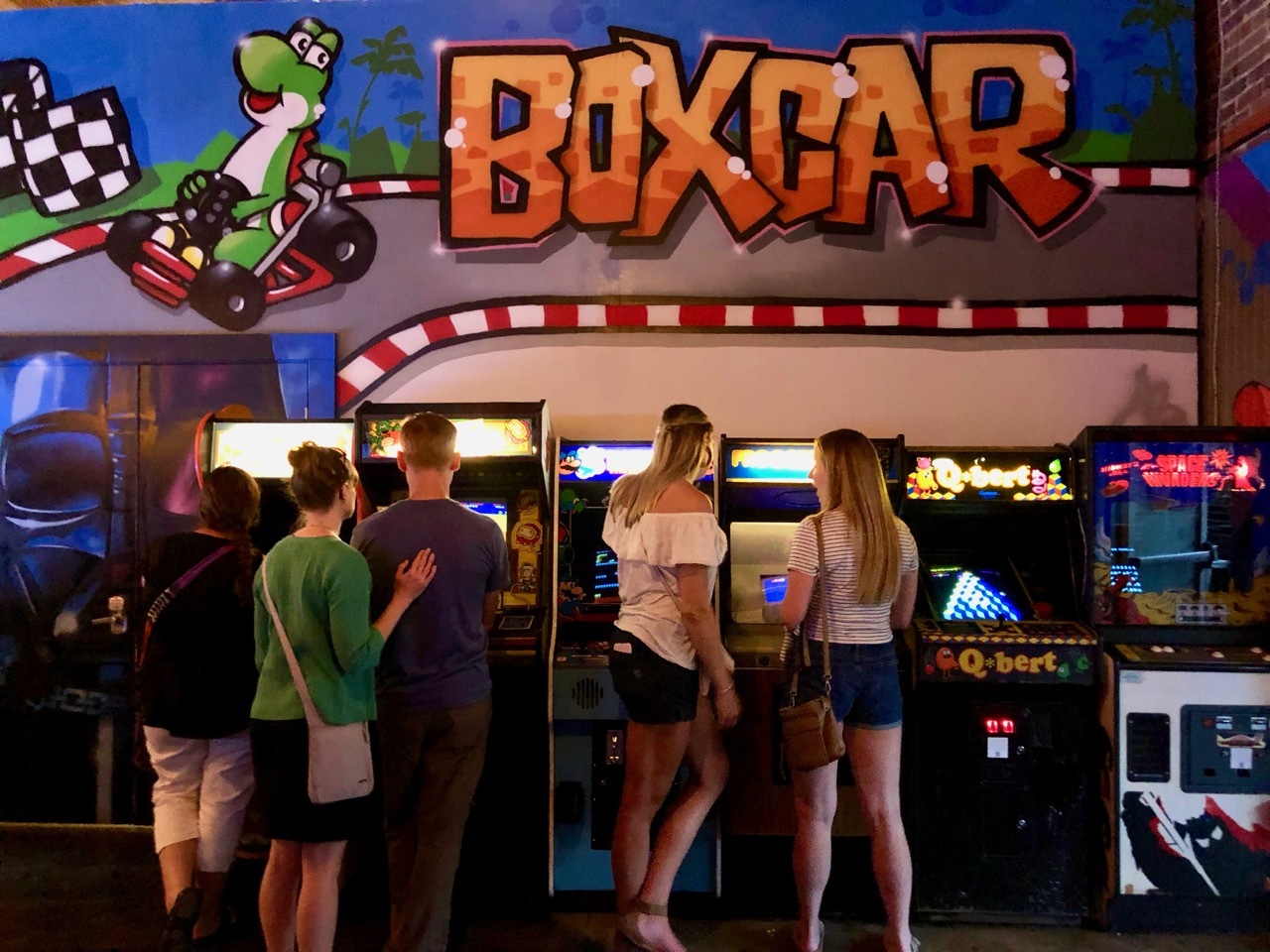 After all that grub, you’ll need to blow off some steam, and Raleigh offers plenty of ways to tap your inner child. For old-school action, look to Boxcar Bar + Arcade, a gaming den with more than 200 options for play, from classic arcade cabinets to pinball machines to consoles. When we stopped in on a Saturday afternoon, it was full of revelers, so be prepared to show ID at the door and jockey for both the bartender’s attention and time in front of the game of your choice. If sports are more your speed, the Carolina Hurricanes are in town from September to April, playing home hockey games at the same stadium as the North Carolina State University men’s basketball team. There are professional men’s and women’s soccer teams too, and just half an hour outside of town, you can catch the Carolina Mudcats, a minor-league baseball team with arguably the best logo in the game. 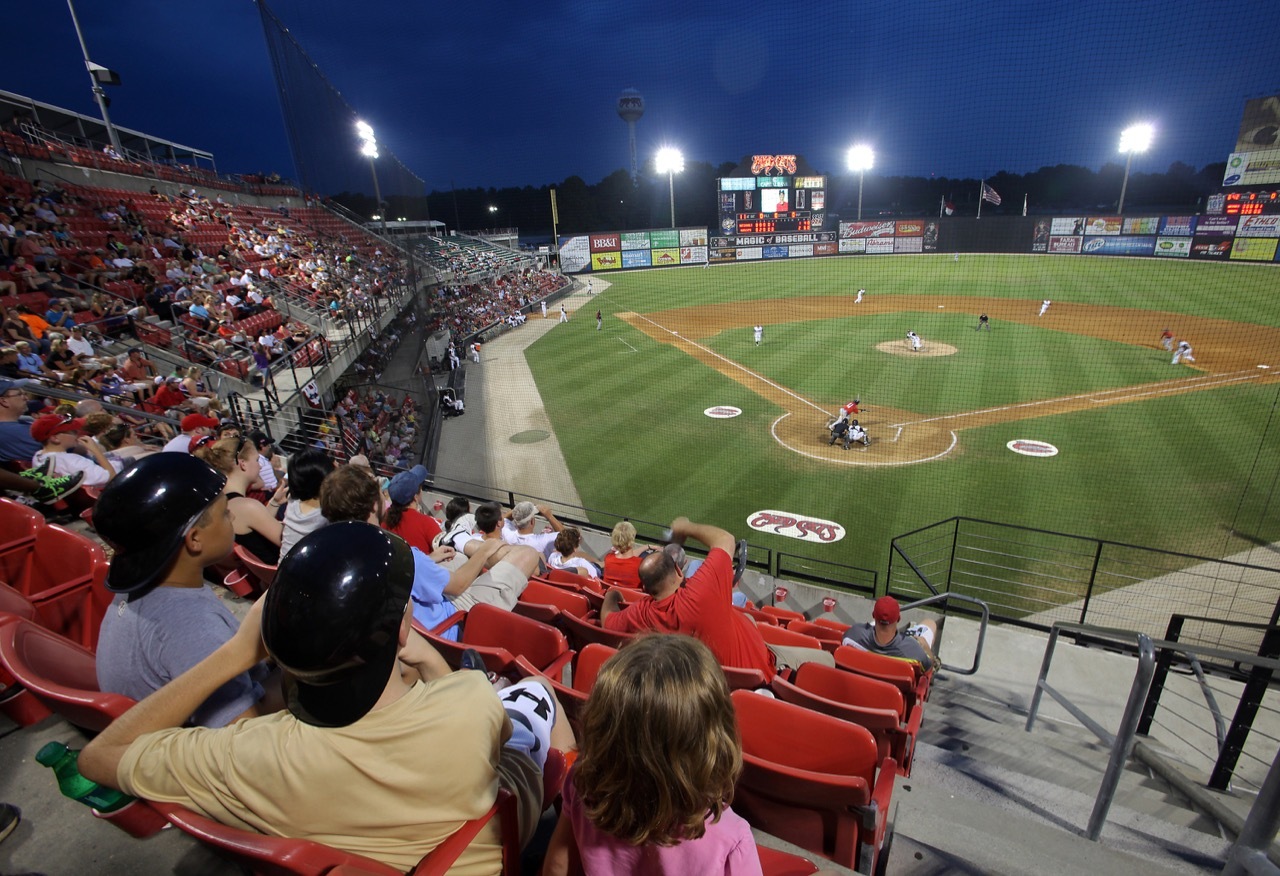 For a nightcap with high entertainment value, Plus Dueling Piano Bar is a hoot and a half. Under the flashing neon lights, two piano players and one drummer take to the rotating stage, belting out special requests to a packed house. Lean into the cheese factor and submit a request – Meatloaf’s “Paradise by the Dashboard Light” was a real crowd-pleaser on the Saturday night we visited – or sit on the sidelines and nurse a drink; either way, be sure to have cash on hand to tip the musicians and the waitstaff. (If you’re staying across the street at the Hampton Inn & Suites, this is an especially convenient outing.)

If that scene sounds like too much to handle, perhaps one of the city’s lower-key drinking dens would do. The Guinness World Record holder for most beer brands and most varieties of beer on draft, the Raleigh Beer Garden is a tri-level behemoth with rooftop tables, a spacious patio, and a dizzying 369 brews on tap. There’s no hard copy of the tap list, just a digital screen over the bar that cycles through the options, so do yourself a favor and pull up the menu online to make your decision. 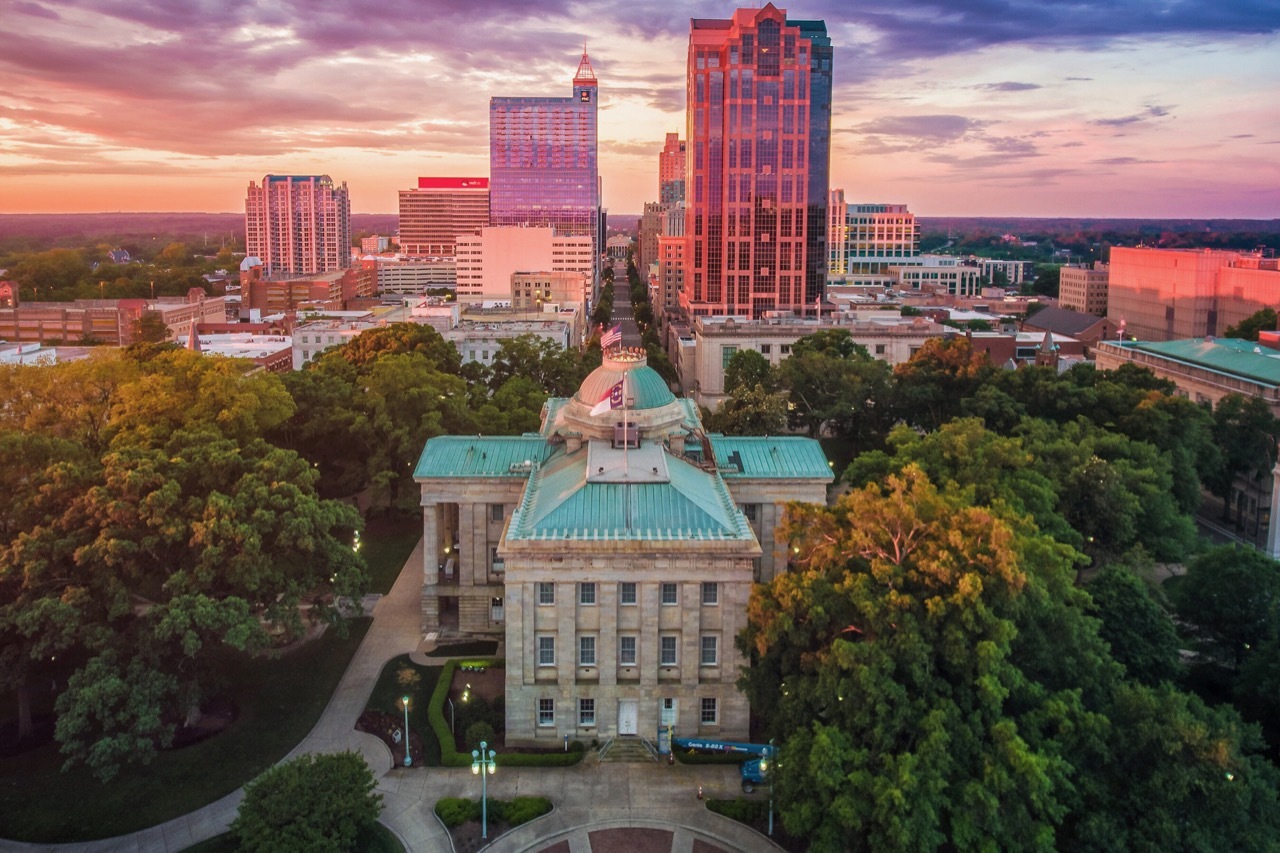 The Capitol building is a National Historic Landmark and a well-preserved example of Greek Revival-style architecture. (visitRaleigh)

Established as the seat of state government in 1792, Raleigh has seen its share of action. For an extensive overview in manageable form, pencil in a visit to the City of Raleigh Museum, a few rooms in the historic Briggs Hardware building that cram quite a bit of local lore into such a small space. The main exhibit details the city’s roots, from culture and heritage to education and business, and a timeline, striking in its simplicity, traces the civil rights struggle by contrasting what was happening in town with national goings-on. Current displays include an exhibit devoted to the late political cartoonist Dwane Powell, one that tells the story of Dix Hill, a plantation turned psychiatric institution turned city park, and another that delves into the history of barbecue in North Carolina. 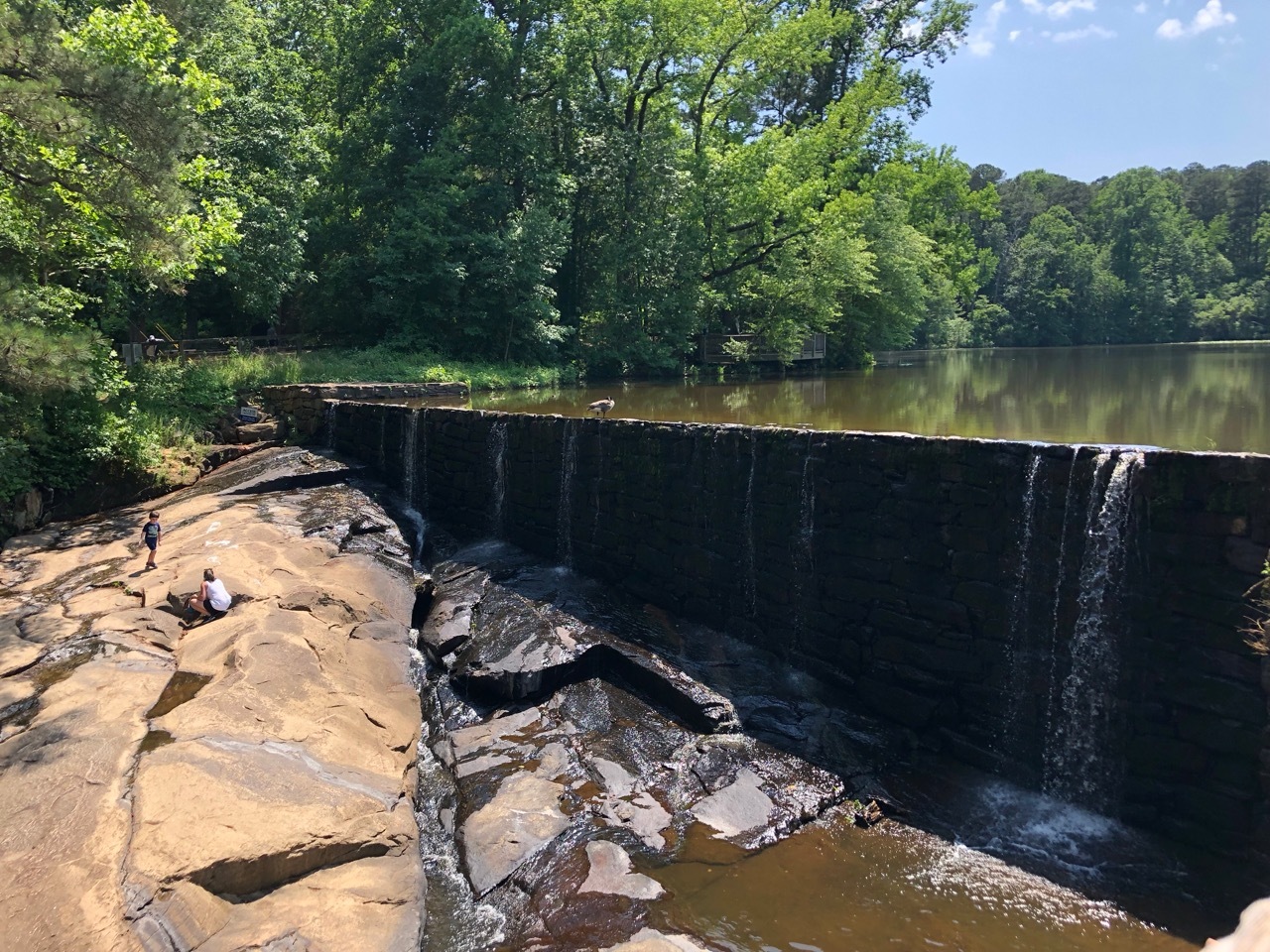 The circa-1756 Yates Mill is the county's only remaining gristmill, and it's water-powered, thanks to a creek-fed 24-acre pond. (Maya Stanton)

Originally home to the governor’s office and all state government, the Capitol building was completed in 1840 to the tune of $532,682.34—more than $13.5 million by current standards. Construction relied upon enslaved labor throughout the seven-year build, and even given all those workers who went unpaid, the bill came to more than three times the state’s yearly income at the time. Today, it’s a National Historic Landmark, and, the city says, “one of the best-preserved examples of a civic building in Greek Revival-style architecture.” The building is undergoing restoration as of September 2019, but it’s still open to the public, with tours available on a limited basis.

A less-expected option for the historically inclined is Yates Mill, the last gristmill standing in Raleigh and the surrounding county. Situated in a 174-acre wildlife park with hiking trails, a creek, and a 24-acre pond that powers the mill, this 18th-century marvel is still going strong. Peek inside at the original equipment, watch a costumed corn-grinding demonstration, or scope out the building from top to bottom—tours are available from March through November and cost as little as $5 for adults and $3 for kids. Plus, you can pick up a bag of cornmeal, stone-ground on the premises, to take home as a souvenir. 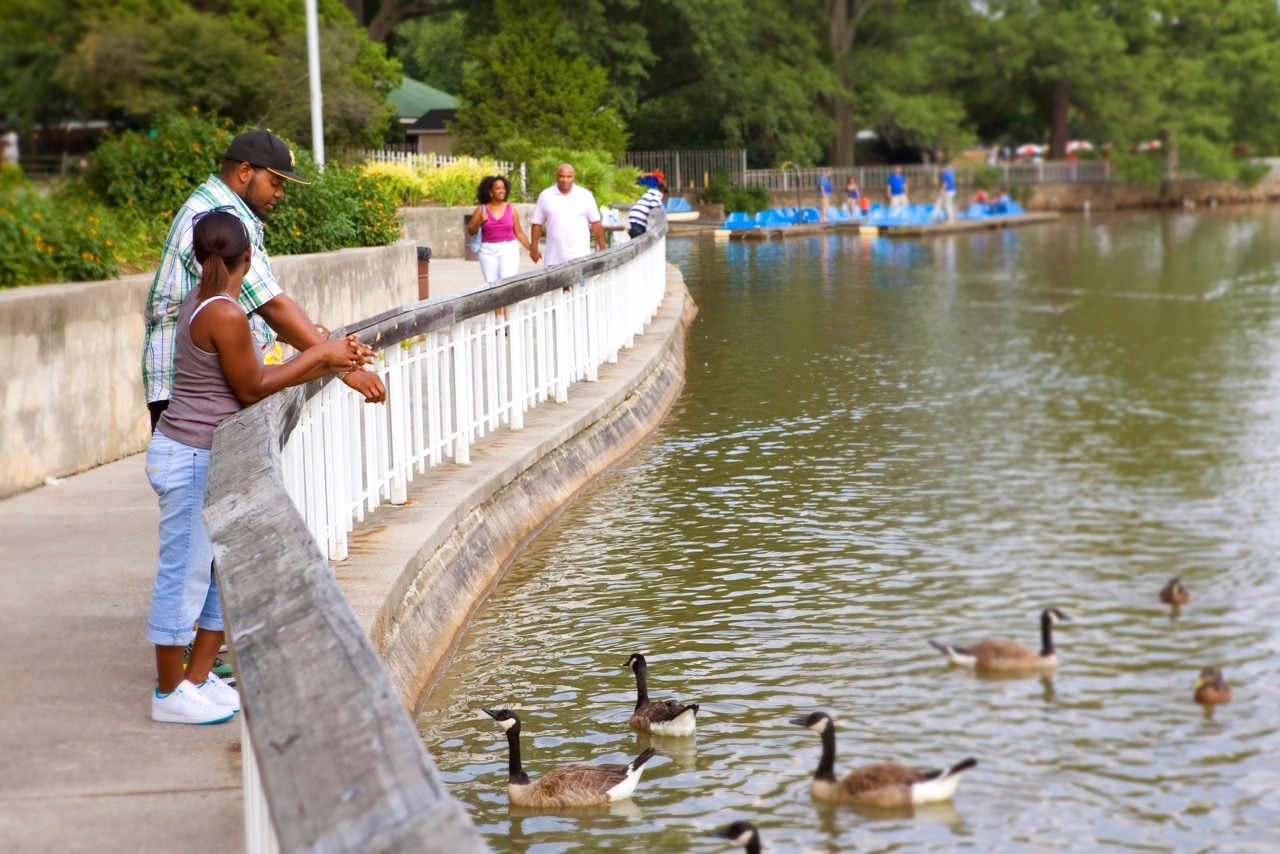 Pullen Park is the fifth-oldest operating amusement park in the country, with an original 1911 carousel that's still in working order. (visitRaleigh.com)

On average, temps here don’t dip below 50 degrees, and during the summer, the mercury only rises, so get outside to take full advantage. The JC Raulston Arboretum comprises 18 gardens of varying sizes and specialties, including a serene Japanese garden, a rose garden overflowing with old and new cultivars, and a butterfly garden stocked with herbaceous and woody plants that act as bait for the winged insects. Behind the television station’s studios, WRAL’s Azalea Gardens are a hidden gem, even when the titular flowers aren’t in bloom, with wooded paths, vibrant blossoms – camellias, hydrangeas, and a huge array of perennials, shrubs, succulents, and vines – and lighthearted sculptures throughout. 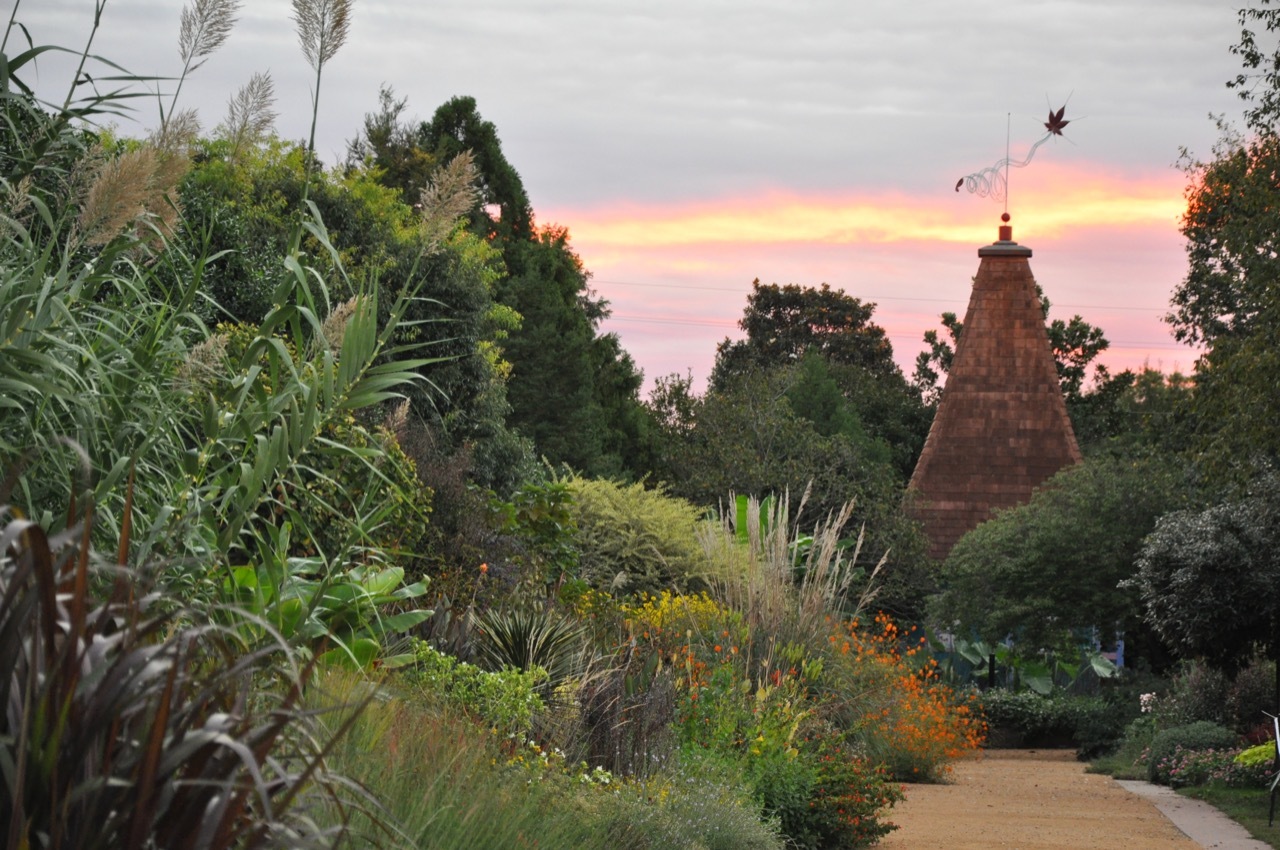 JC Raulston Arboretum is made up of 18 individual gardens. (Chris Glenn/visitRaleigh.com)

Within the city limits are a handful of public greenspaces worth a visit. West of downtown is Pullen Park, the fifth-oldest operating amusement park in the country, established in 1887, where you can take a spin on the original 1911 carousel, rent a paddleboat and take to the lake, catch a concert, or hit the tennis courts for a workout. Further west, back at NCMA, there’s the Ann and Jim Goodnight Museum Park, the largest of its kind in the country, with 164-acre grounds juxtaposing more than a dozen large-scale installations with nature trails, sustainable landscapes, and contemporary gardens. Moore Square recently reopened after a $12 million renovation, and the four-acre park now boasts an outdoor café, a treehouse-style play space, a splash pad, and public art installations.