From history and art to fantastic food and outdoor fun, SD has something for every travel taste.

Life moves a bit slower in San Diego. Maybe it’s the surf culture, maybe it’s the easy connection to nature, or maybe it’s the sunny days—when the thermometer hovers around a balmy, breezy 70-something degrees year-round, it's bound to mellow things out a bit. But while the proximity to the Pacific is an undeniable bonus, this Southern California community has more to offer than gorgeous beaches and idyllic weather. From small-batch brews and farm-to-table fare to a thriving arts scene and a deep-rooted multicultural history, here’s what to look for on your next trip to town. 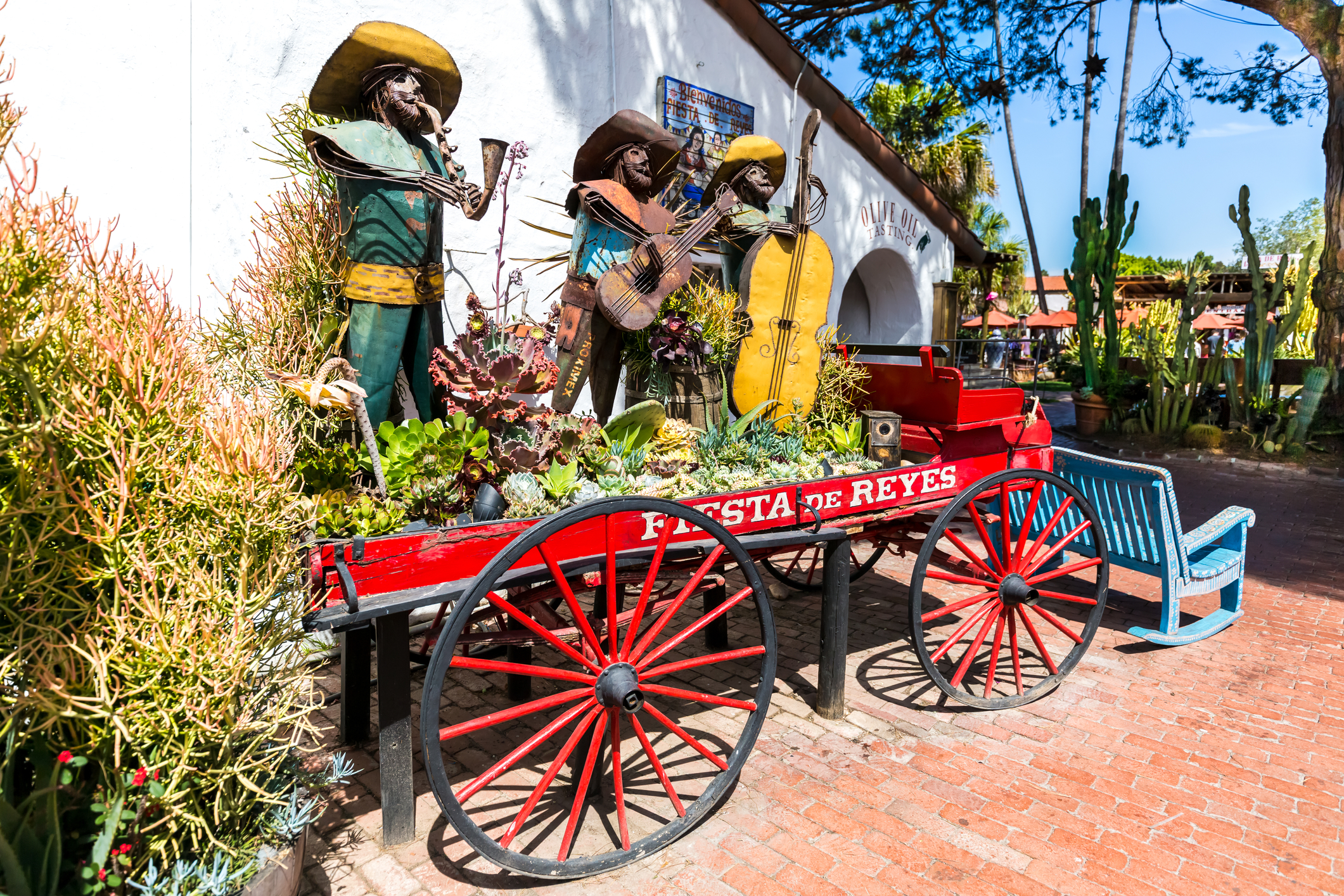 As the site of California’s first European settlement in the late 1700s, San Diego offers ample opportunities for visitors to delve into the city’s early days. Start at Old Town State Historic Park (parks.ca.gov/oldtownsandiego), a six-block stretch with an open-air plaza, well-preserved original buildings—both adobe and early 20th-century structures—museums, shops, and more. If you're driving, get there early so you won’t have to fight for a parking space, then pop over to the Living Room Cafe and Bistro for an iced Mexican mocha and hit the Old Presidio Historic Trail for a winding walk to the top of Presidio Hill. Along with providing a birds-eye view of the city, the Presidio is home to the landmark Junípero Serra Museum (sandiegohistory.org), which tells the story of the region's indigenous Kumeyaay people and the waves of Spanish, Mexican, and American settlers that passed through, via interactive exhibits, archaeological artifacts, and interviews with descendants on all sides. The museum is closed for renovations until July, but in the meantime, visitors can point their phone’s browser at presidiosd.org, and the virtual-reality function will show how things would’ve looked in that particular spot circa 1790.

2. Eat Your Heart Out 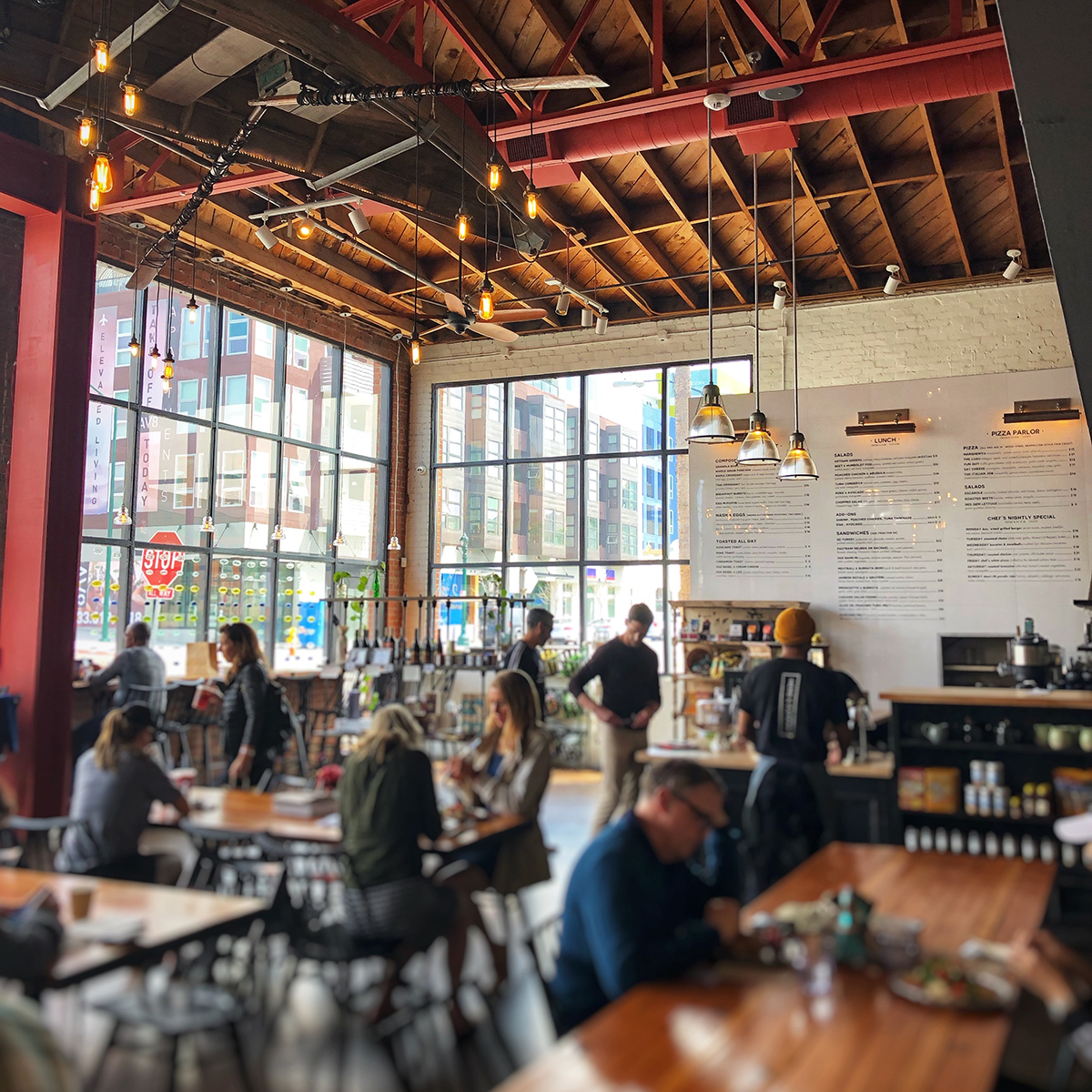 With pristine produce and fresh-caught seafood close at hand, San Diego’s restaurants are playing with a stacked deck, and it shows in the city’s profusion of Michelin stars, James Beard honorees, and former Top Chef contestants. You could eat tacos every day for weeks without repeating yourself—and given the variety on offer, that's a challenge worth accepting. Queue up for birria and carnitas at ¡Salud! (saludsd.com) in Barrio Logan, try the tamarind shrimp and chicken al pastor at Puesto (eatpuesto.com), and stop by the Little Italy Food Hall (littleitalyfoodhall.com) for unusual spins, like a lobster version from Wicked Maine and a gyro-inspired Greek take from Not Not Tacos. While you’re in the neighborhood, spend a Saturday morning strolling the Little Italy Mercato farmers market (littleitalysd.com/events/mercato) for unique goodies, like fizzy, naturally fermented kefir sodas from Superfood & Company (superfoodandcompany.com) and stuffed hash browns, filled and grilled until piping hot and crisp, from the Brazilian Guys (facebook.com/thebrazilianguys). If, somehow, you’re still hungry, Top Chef alum Brian Malarkey’s Herb & Eatery (herbandeatery.com) makes for a good lunch stop, with mixing bowl-size salads, thick and chewy chocolate-salted cookies, and blessedly strong coffee. To take it up a notch, look to one of the sleek nouveau Mexican spots, from Old Town’s Tahona (tahonabar.com), where you can pair a flight of smoky mezcal with your shrimp aguachile and grilled octopus, to Liberty Station’s El Jardín (eljardinrestaurantbar.com), where James Beard Award semifinalist Claudette Zepeda-Wilkins (formerly a Top Chef contestant as well) serves sophisticated crowd-pleasers like guacamole with pickled veg and Oaxacan-style tostadas topped with crudo. 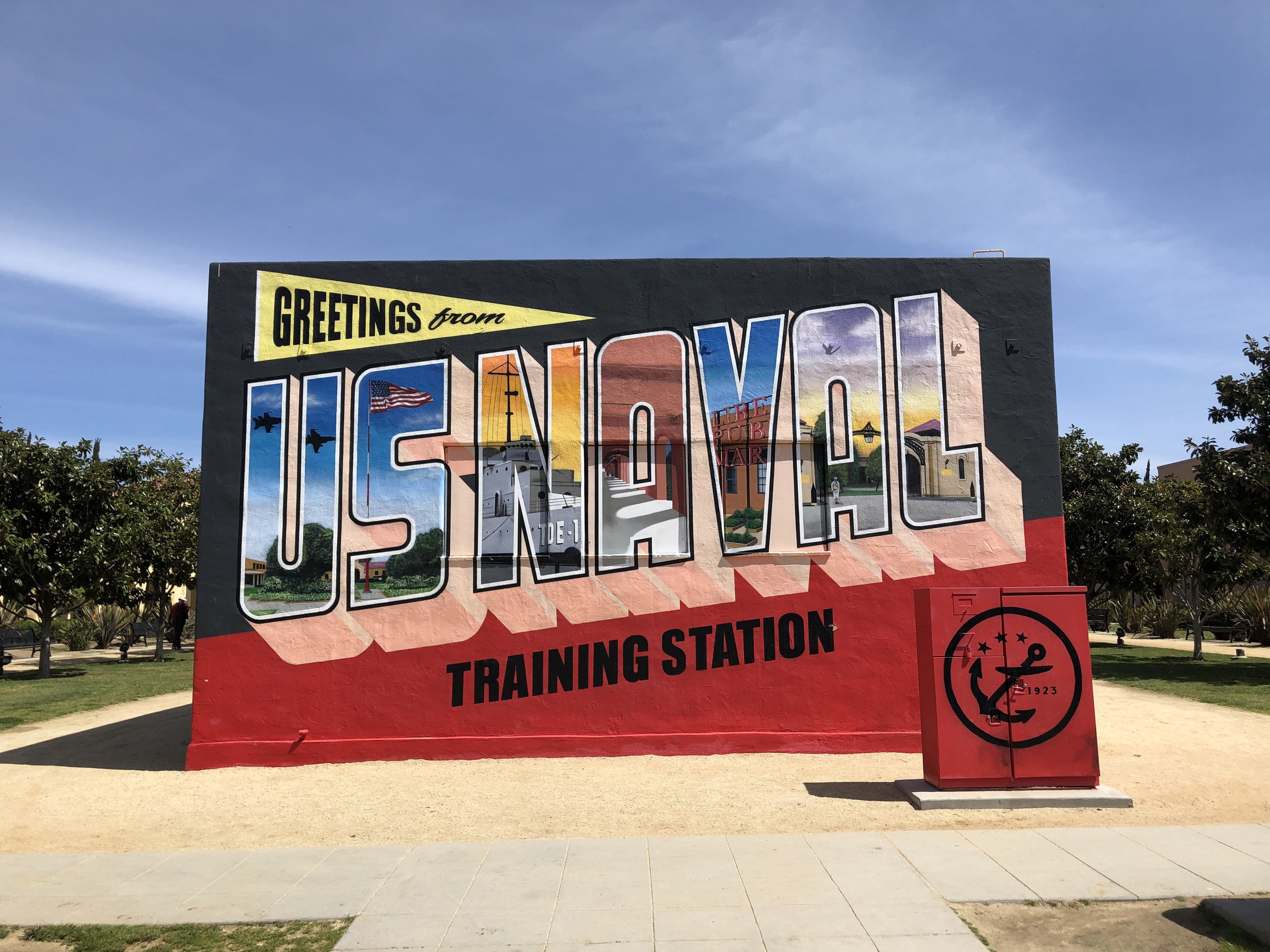 San Diego may pride itself on its outdoorsy way of life, but the city has a cultured side as well—and Balboa Park (balboapark.org), with its world-class museums, highly rated zoo, and lush garden oases, is the jewel in the crown. Allow plenty of time to explore its diverse offerings, from science, air and space, and natural history to photography, modern art, and old masters to automobiles, railroads, and the U.S. armed forces. The San Diego Museum of Art (sdmart.org) is a grand institution in a Spanish Renaissance-inspired building, with an impressive sculptural facade—look closely and you'll see life-size renderings of painters like Velázquez—and a popular outdoor restaurant and sculpture garden. (Avoid peak lunch hours if you don’t want to wait for a table). The San Diego Art Institute's (sandiego-art.org) subterranean gallery is small but mighty, and the Centro Cultural de la Raza (centrodelaraza.com) has rotating exhibits and performances celebrating Chicano, Mexican, Indigenous, and Latino arts and culture, inside a repurposed, mural-bedecked water tower. Though some are free, most of the museums charge an admission fee, so spring for an Explorer Pass if you want to get a taste of everything—it’s good for a week and will get you into all 16 museums, and the zoo too if you pay a little extra.

As impressive as Balboa is, it’s not the only show in town. To the west, on the other side of the airport, Point Loma’s Liberty Station (libertystation.com) is a former naval training center turned community hub, a 26-building complex with shops, restaurants, gyms, and an arts district featuring outdoor installations, makers’ studios, galleries, dance facilities, and a cushy movie theater, once an auditorium for the troops stationed here. Drop in and take a dance class alongside the pros, catch a film, or stop by the First Friday art walk to check out the open studios and chat with the artists themselves.

Like so many urban destinations at home and abroad, San Diego is in the middle of a craft-beer renaissance, with 150-plus breweries and counting. In the hipster neighborhood of North Park, there's a proliferation of beer joints, a handful of which you’ll find on El Cajon Boulevard three of them under one roof: JuneShine (juneshine.co), a hard-kombucha bar; Pariah Brewing Company (pariahbrewingco.com), known for its IPAs; and Eppig Brewing (eppigbrewing.com), a family affair with roots in Brooklyn, reintroduced on the west coast in 2016. Over in Ocean Beach, Kilowatt Brewing (kilowatt.beer) pours award-winning small-batch pints in an eclectic, neon-lit tap room a few blocks from the water’s edge. Nab a seat on the patio and sip a pint of passionfruit green-tea ale or dry, hoppy Brut Bader Ginsburg IPA.

But there's more than just a beer renaissance here. Fancy cocktails in stealth environs are popping up all over town, and it’s easier than ever to find a speakeasy to suit the mood. (It won’t necessarily be easy to get in, though, so you’ll want to make reservations wherever possible.) In Little Italy, tiki bar False Idol (falseidoltiki.com) is located behind an unmarked steel door in the restaurant Craft & Commerce. The rum-focused menu runs the gamut, from mai tais and Singapore slings to lesser-known classics like the Coronado Luau Special, a blend of rums, brandy, dry curacao, orgeat, and citrus, a drink that was popular at local institution Hotel Del Coronado’s late, great Luau Room. On the northern end of town in Kearny Mesa is Realm of the 52 Remedies (above; 52remedies.com), a hyper-glam bar inside a casual gastropub. Tap a secret panel and a door slides open to reveal a luxe fever-dream of a room, where the creative drinks, inspired by traditional Chinese herbs and medicines, more than fit the decor. (Try the Madame Kanbashi, a tart combination of Kikori whiskey, yuzu liqueur, lemon, and Korean rice syrup.) For something even more surreal, you can’t beat Raised by Wolves (raisedxwolves.com), a retro-chic drinking den in the middle of the Westfield UTC mall. Take the escalator upstairs and check in at the bottle shop, situated between a pizza restaurant and a Ted Baker store. When your name is called, take a seat on the platform in front of the fireplace and hold on as it spins you into a stunning circular space, decked out with tufted banquets, cozy tables, and fringed lamps under a paneled carousel-style ceiling. Drinks range from classic cocktails to boozier blends like the Dreadlock Holiday, a rum-laced riff on a Negroni; for something lighter, check out the impressive selection of imaginative non-alcoholic mocktails, like the Melon Market Swizzle, with honeydew, lime, mint, and Indian yogurt. 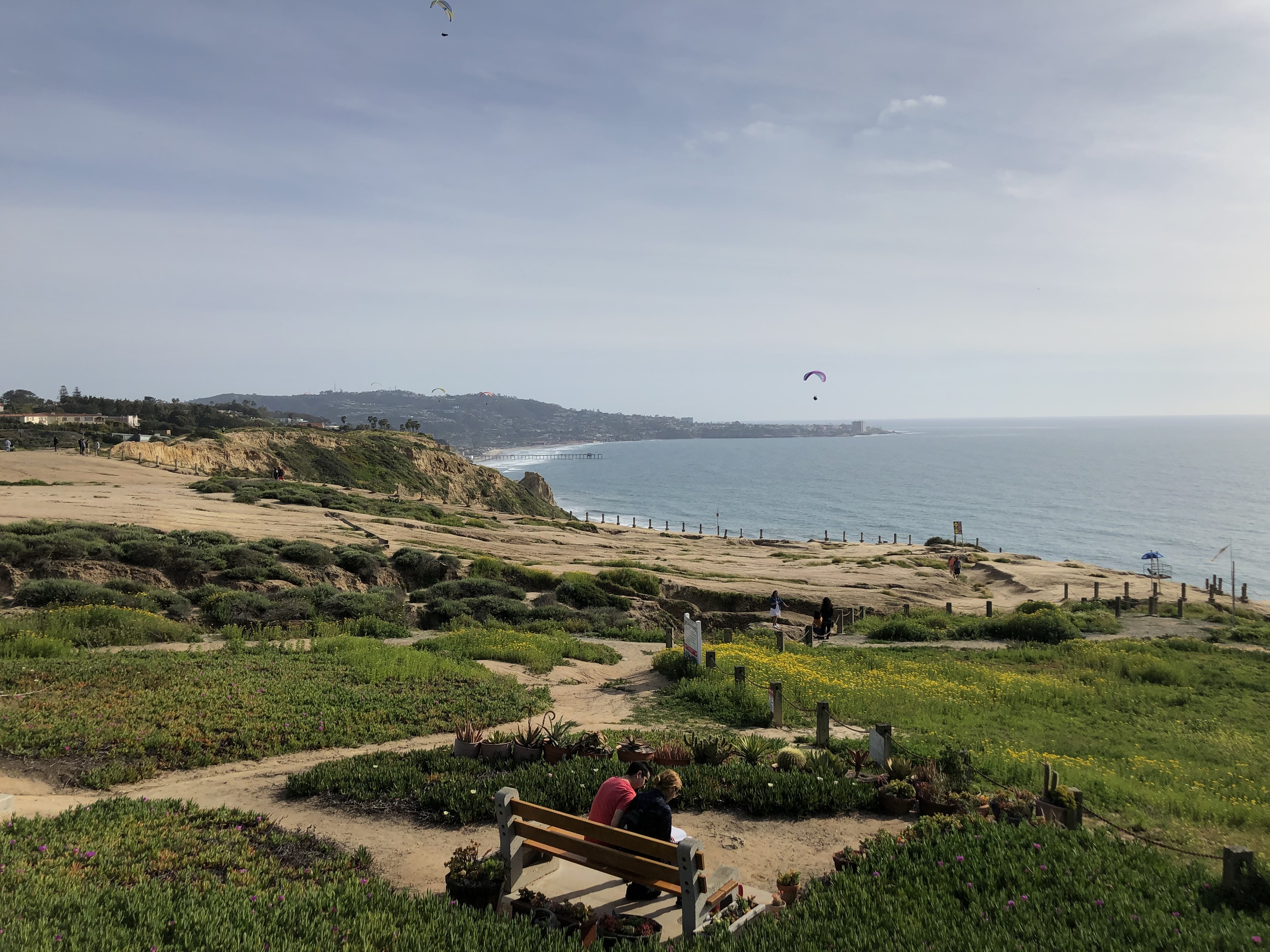 Head up to the Torrey Pines Gliderport to take in the show. (Maya Stanton)

Less than 15 miles north of downtown, the oceanfront community of La Jolla is perhaps best known for its colonies of wild seals and sea lions, but it’s played host to another celebrity citizen as well: Dr. Seuss moved to town in 1953, so expect to spot Seussian details everywhere you look (the trees are particularly striking). If the weather’s nice—and who are we kidding, the weather’s probably going to be nice—start at the Children’s Pool to see the seals, then walk north along the coastal trail to La Jolla Cove to catch a glimpse of the sea lions, inspect the tide pools, and do some kayaking. A few miles further north, the Birch Aquarium at Scripps (aquarium.ucsd.edu) features thousands of fish in 60-plus habitats, like a 70,000-gallon giant kelp forest and a procession of tanks mimicking the current that flows down the California coast. From there, it’s a quick jaunt up to Torrey Pines, where you can lounge on the beach, hike the nature trails, watch the hang-gliders come in for a landing, or take to the skies yourself. For something less nature-oriented, Prospect Street and the surrounding blocks are rife with upscale shopping and dining options, great for browsing and people-watching alike.