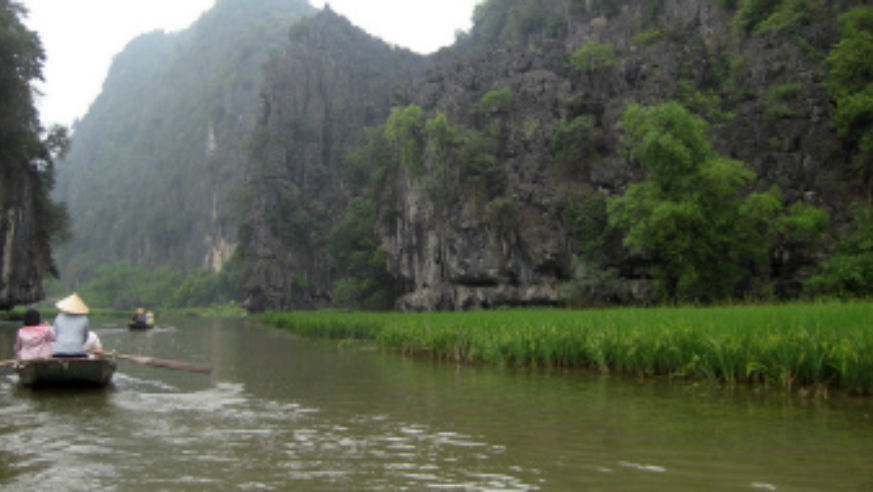 Courtesy caswell_tom/Flickr
Tam Coc, Vietnam. One of the spots recommended to the newly-minted millionaires of Facebook.

After Facebook's IPO filing on Wednesday, many of the company's employees became millionaires overnight, at least on paper.

A few hundred of the company's employees have enough stock to pass the $1 million mark, according to estimates by Reuters and The Wall Street Journal.

Of course, no one knows what the share price for Facebook stock will be at the time these employees are allowed to sell their shares, most likely in mid-2013.

But that hasn't stopped some Facebook employees from planning their vacations. One group of current and former Facebook workers has begun preparing a joint expedition to some jungles in Mexico to excavate the site of Mayan ruins, with the help of archeologists, according to London's Daily Mail.

Where should the newly minted millionaires go on vacation? We're not millionaires at Budget Travel, but we have put lots and lots of thought into dream trips that are authentic and worthwhile. So, here's some unsolicited travel advice for the Facebook millionaires. Hope they "like" these ideas.

Vietnam Why not suck up to the boss? In December, billionaire CEO Mark Zuckerberg took a trip to Vietnam—which bans Facebook, making for a truly "unplugged" vacation. Zuck traveled with friends by chartered helicopter from Hanoi to Ha Long Bay, and spent the day on a junk cruise ship and kayaking, according to The Atlantic Wire. If Vietnam is good for the top chief, why not for his merry band of stockholding employees, too? But it's best to see something different in Vietnam, obviously. We recommend Tam Coc. As we reported in "what's better than Ha Long Bay":

"Tam Coc is known as the 'Ha Long Bay of the rice fields'—and why filmmakers chose it as the glorious setting for Catherine Denueve's famous scenes in Indochine.* If you rent a motorcycle and go to backroads, you can stop at an ancient capital, or climb towering limestone cliffs to pagodas with giant views. in nearby Cuc Phuong National Park, you can see very rare gibbons not found elsewhere and hike in solitude in the jungle."

Australia If Zuckerberg and the gang are tired of being pale from sitting in front of computers all day, maybe a trip south is the answer. Down Under, we mean. A trip to Oz that skips the tourist crowds but still grasp all the sea-, sun-, and kangaroo-soaked magic. As Andrea Minarcek reported in "How to See the Best of Australia," the most authentic way to see Australia is to skip the high-profile places. For instance, avoid Ayers Rock, which sees a half-million tourists a year, and go to just-as-pretty Chillagoe, which is easier to reach from Sydney and has a population of merely 350. Also worth a visit (on the other side of the country) is Wineglass Bay, a protected part of Freycinet National Park, on Tasmania's breathtaking east coast, popular for sea kayaking, boating, rock climbing, and bush walking.

Easter Island It's a real pain to get to, with multiple flights required. But it's worth it: As writer Gigi Guerra wrote in "Meet the Moai," "rows of mysterious giant stone heads, gazing out to sea, inspire travelers to venture to this remote, magical island in the South Pacific." It's an iconic spot to take a photo for posting as a giant Timeline photo.

Azores As we wrote in this year's "Top Budget Travel Destinations", "this chain of nine volcanic islands lies 930 miles off the coast of Lisbon,...and is dotted with baroque churches, black-sand beaches, and crater lakes. It's about as far from a cubicle and online socializing as you can imagine.

What vacation would YOU take if you had a windfall of $1 million? Let us know in the comments!