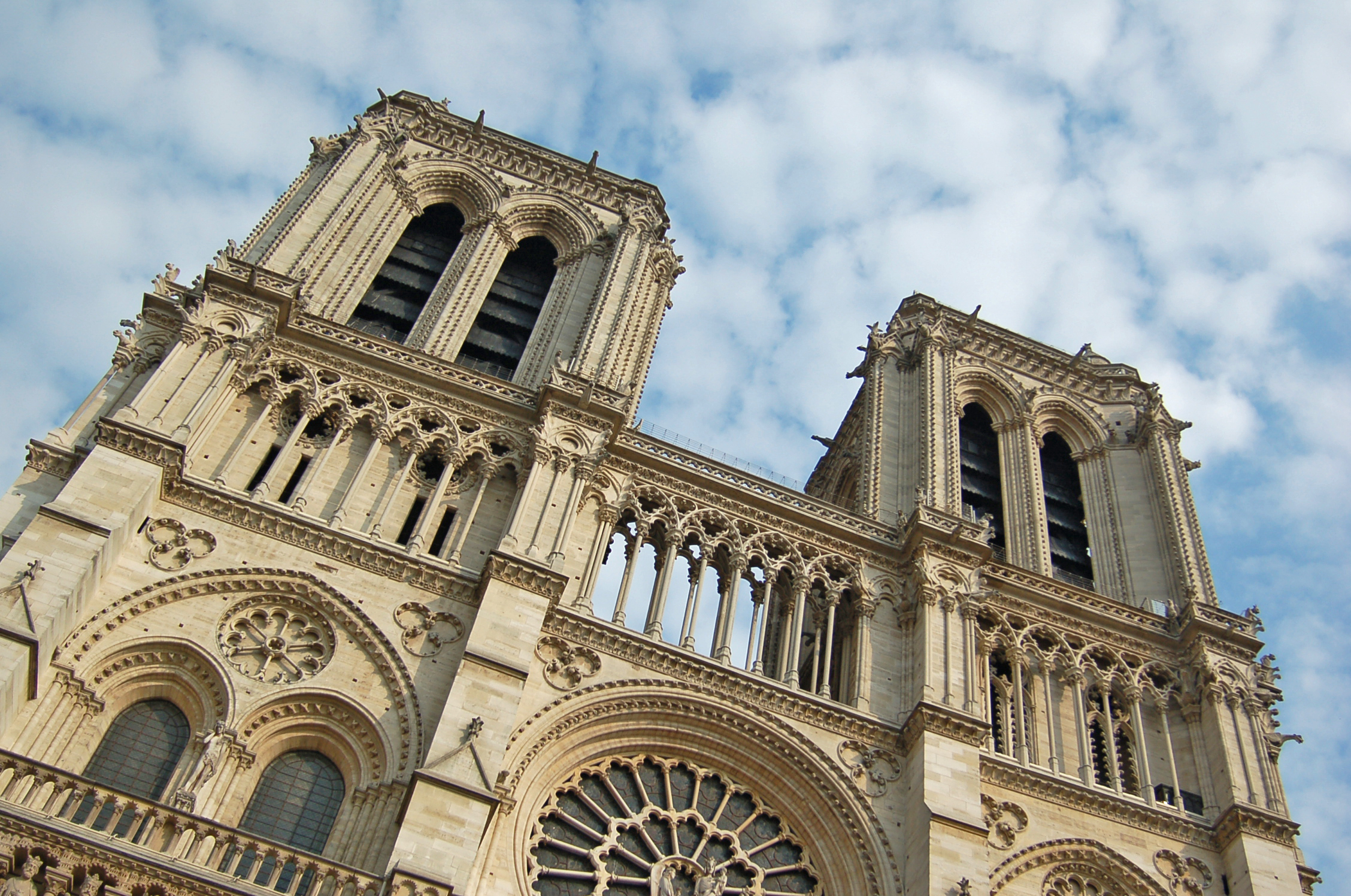 Irinia Doronina/Dreamstime
It’s been called the “beating heart of Paris,” and the iconic cathedral’s history—characterized by creation, destruction, and resurrection—sometimes reads like a Hollywood script.

The April 15, 2019, fire at the Cathedral of Notre-Dame de Paris kept people around the world riveted, mourning the loss of the church’s 19th-century spire and medieval roof and the damage from smoke and flames to the interior. But the world was also relieved that the structure was ultimately spared, important works of art and religious relics (including what many worshippers revere as the Crown of Thorns worn by Jesus during his crucifixion) were heroically rescued from the fire, and there was no loss of life.

Although some people were surprised to find themselves so captivated by the crisis in the City of Light, in many respects, the worldwide focus on the cathedral was actually just a larger-scale version of the veneration the architectural wonder has enjoyed through most of its existence. After all, during the Middle Ages, cathedrals were specifically built to serve as the center of a community, drawing people not only for religious services but also for news, art, and music. Since its first stone was laid, in 1163, Notre-Dame has been doing just that, playing host to coronations (most famously that of Napoleon Bonaparte, who crowned himself Emperor Napoleon I in 1804), royal weddings (including that of Mary, Queen of Scots to her first husband, Francis, the Dauphin of France), and funeral masses for French leaders such as Charles de Gaulle and François Mitterand.

Notre-Dame has also seen its share of mayhem and destruction, some of it brought about by its own king in the early 18th century (more about that below), some the result of anti-monarchy and anti-church rabble-rousing during the French Revolution, and some due to enemy shelling during World War I.

We decided to take a deep dive into the history of Notre-Dame de Paris. Here, five lesser-known pieces of the cathedral’s history we hope will increase your fascination with and appreciation of what some have called the “beating heart of Paris.” 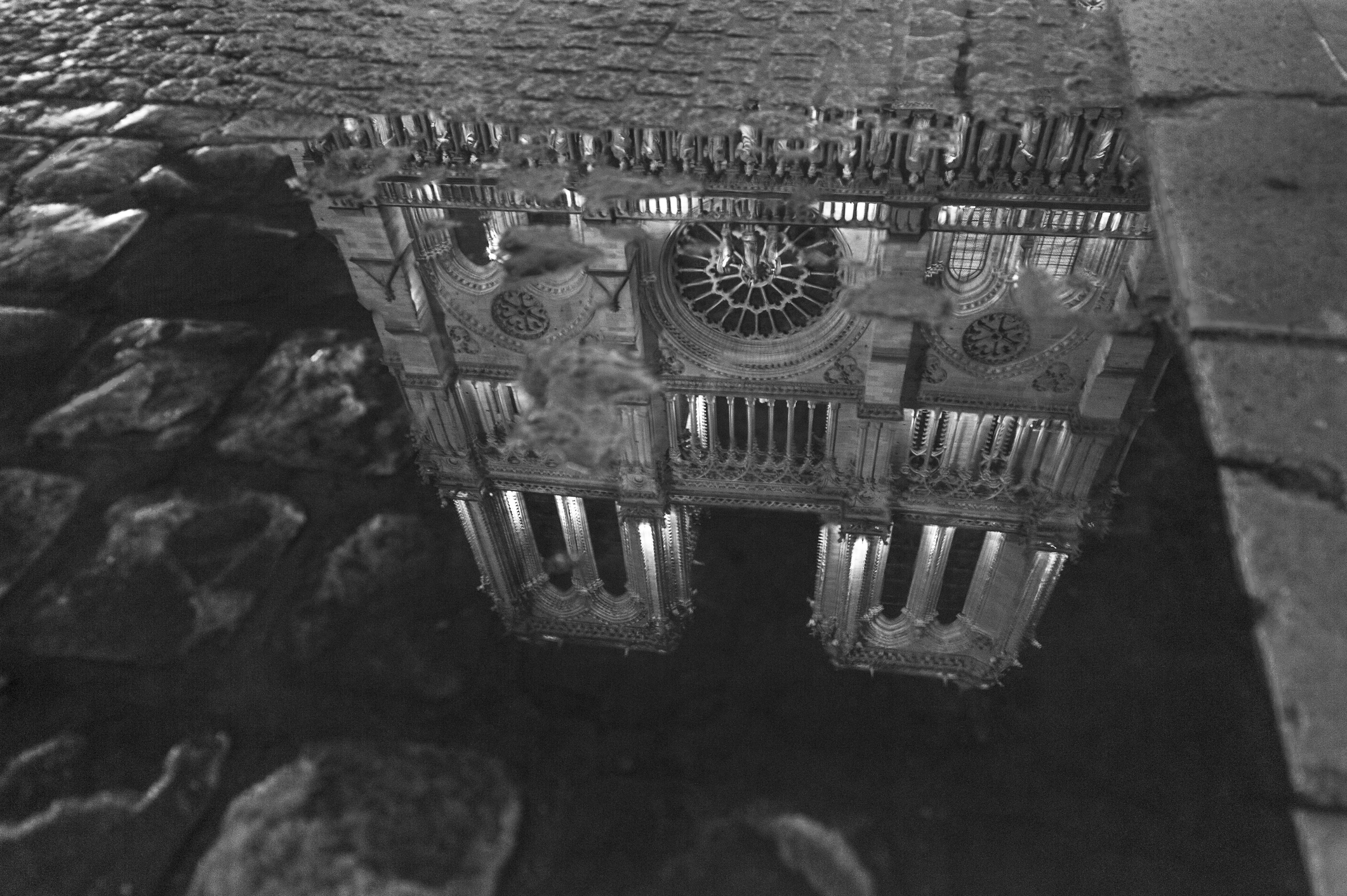 Notre-Dame’s first stone was laid in 1163. Louis VII was king of France, and Pope Alexander III was believed to have been in attendance. (By some accounts, the Pontiff himself laid the first stone, though we suspect that tale is perhaps discounting how heavy a cathedral stone can be.) For some historical perspective: Across the English Channel, Thomas Becket was Archbishop of Canterbury and would soon find himself in conflict with England’s King Henry II and eventually lose his life. Although it’s not possible to know what the population of Paris was in 1163, an official census of households in 1328 suggests that the population when the original cathedral structure was completed in 1345 (yes, it took a long time to build a cathedral back then) may have been somewhere around 250,000. Today, the population of Paris is around 2,152,000.

2. The Sun King May Have Been Notre-Dame’s Public Enemy No. 1

Although war, plague, and revolution took their toll on Notre-Dame, the most destructive force in its history up until the fire of April 15 may have been King Louis XIV (1638-1715), the self-described Sun King whom Beatles fans may recognize as the inspiration for the inscrutably gorgeous song that appears on side two of Abbey Road. Louis XIV mandated what he termed a “restoration” of the cathedral to bring it in line with changing tastes (“taste” here being, unfortunately, only a figure of speech). What ensued was pretty much an act of vandalism, pulling down sculptures, replacing 12th- and 13th-century stained glass windows with clear glass, and demolishing a pillar in order to allow carriages to pass through the central doorway. In short, the Sun King needed a "no" man.

3. The Cathedral Was Ransacked During the French Revolution 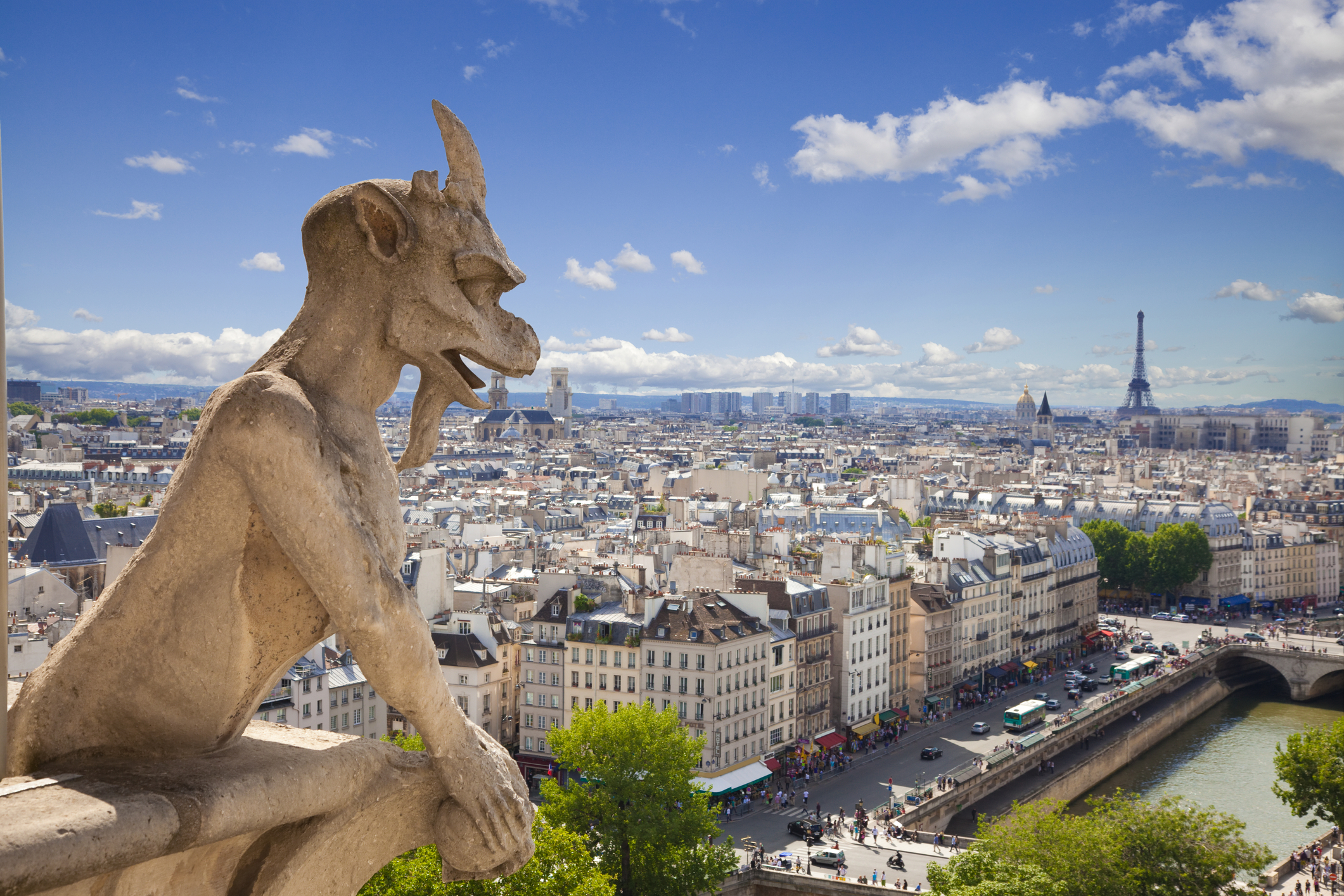 Sure, some good things resulted from the French Revolution (1787-99), including the eventual abolition of a tyrannical monarchy. But in addition to a period during which beheadings were all the rage, remembered affectionately as the Reign of Terror, some of the hiccups along the way included a ransacking of Notre-Dame, which was considered a symbol of the Ancien Régime. Sculptures were destroyed, lead was taken to make bullets, and many of the cathedral’s bronze bells were melted down to make cannons.

4. It’s Totally Okay That When You Think “Notre-Dame” You Think “Quasimodo”

As we followed the news of the Notre-Dame fire, most of us couldn’t help recalling images and incidents from the novel The Hunchback of Notre-Dame and its many stage and film adaptations. And that’s totally fine: Originally published in 1831 as Notre-Dame de Paris, Victor Hugo’s novel about the hunchback bell-ringer Quasimodo and his love for the gypsy Esmeralda was such a hit with readers that it actually inspired a fundraising campaign to repair the damage wrought by the Revolution and years of wear and tear. The restoration officially began in 1844 and took nearly 20 years. One could make the case that Hugo’s novel is responsible for the modern-day cathedral that so captivates us.

5. Most of Notre-Dame’s Bells Are New

If you’ve read The Hunchback of Notre-Dame, you’ll recall that the cathedral bells deafen young Quasimodo. It so happens that the 1856 bells that replaced the ones melted down during the French Revolution were considered quite noisy in their own right—discordant and substandard. As the cathedral’s 850th anniversary, in 2013, approached, new bells were commissioned and artisans studied church archives in an attempt to replicate the size and pitch of the originals. The new set of bells was installed in early 2013 and first rang out on Palm Sunday, in perfect harmony with the biggest, and only remaining original, the 1686 bell nicknamed Emmanuel. 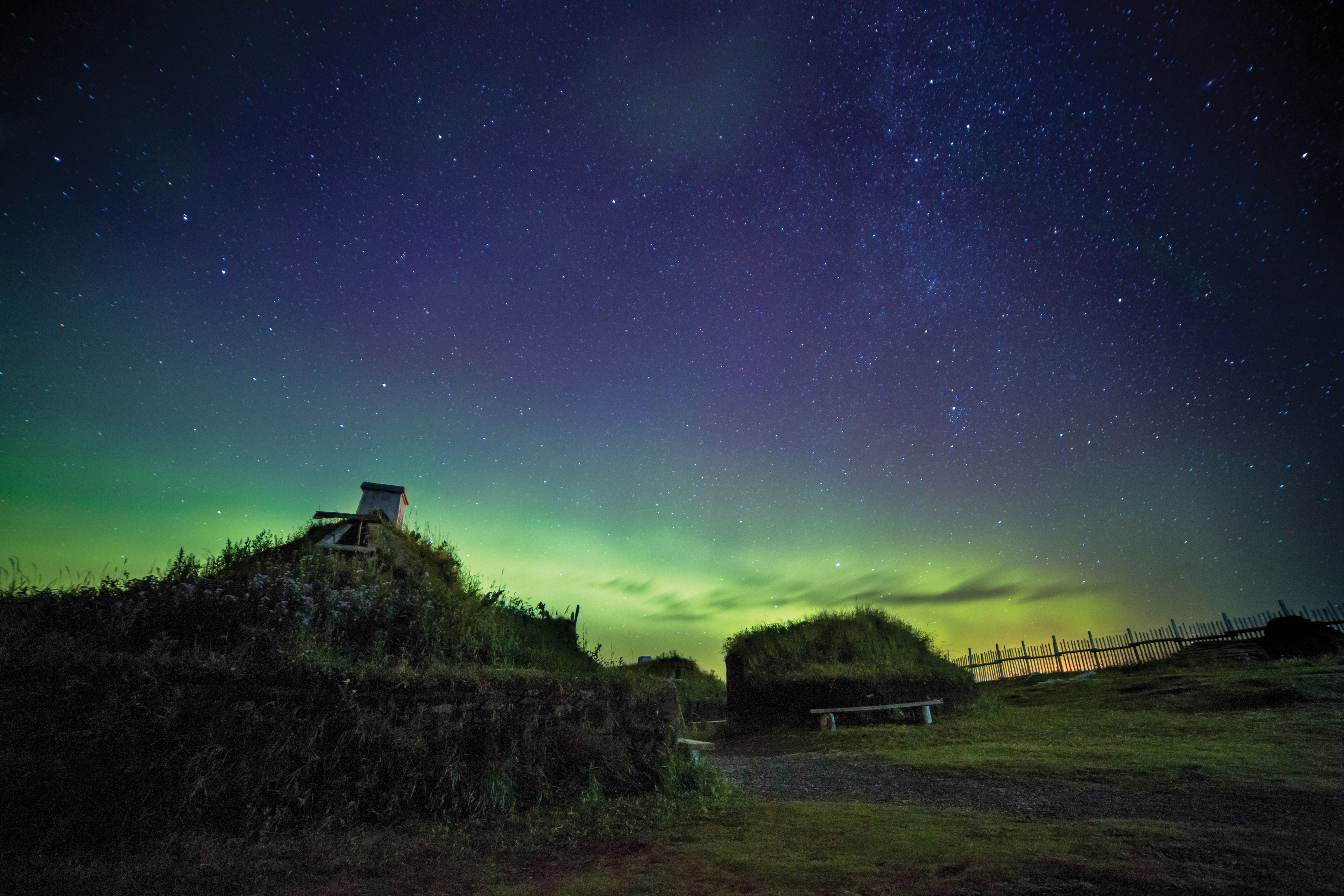 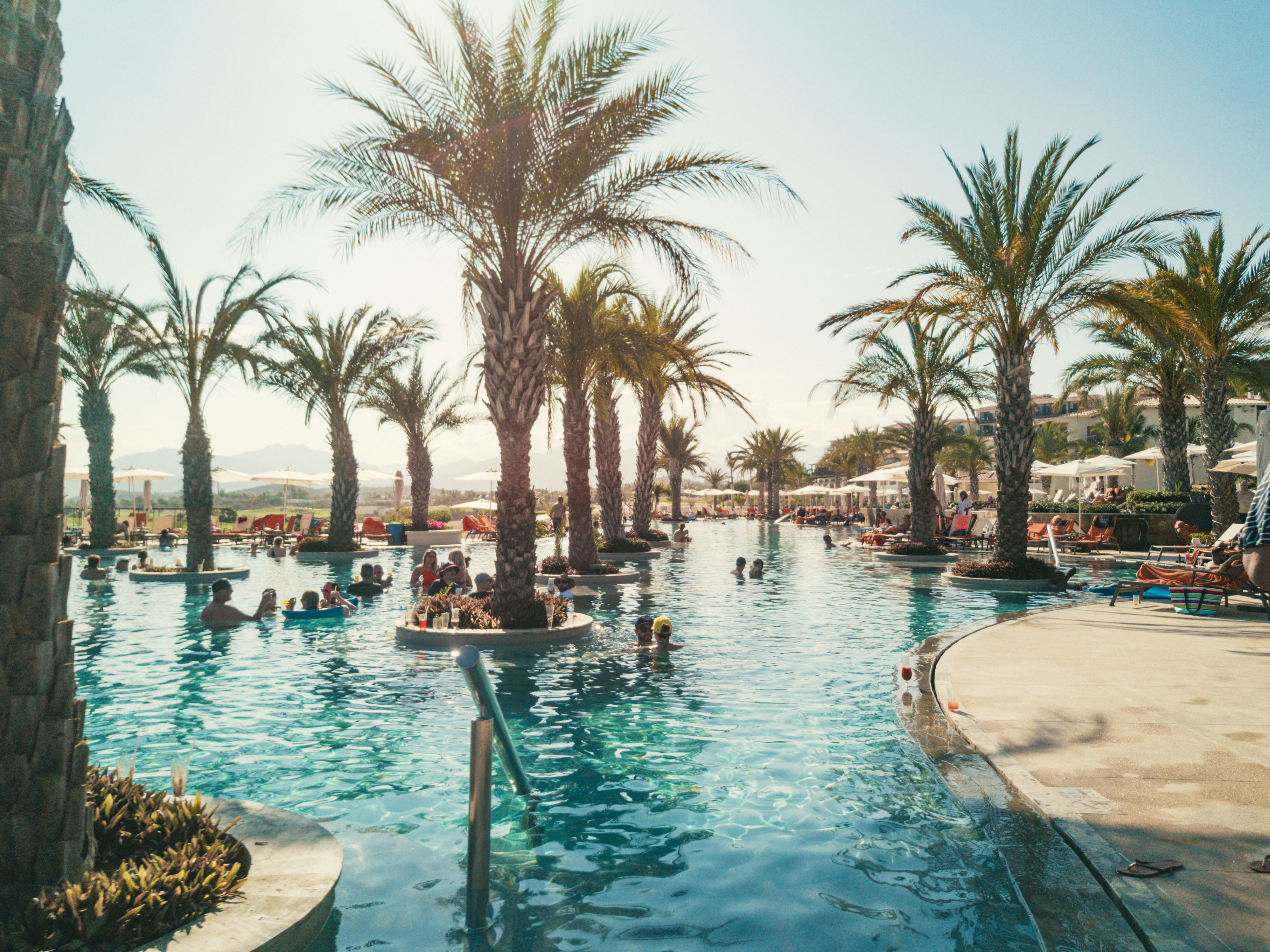 Over the past few years, teachers have given us a serious lesson about the American education system. We’ve learned that their job is tougher than we know. Between teacher walkouts (400,000 were off the clock because of strikes or walkouts in 2018) and headlines about public school teachers taking second jobs to make ends meet, we’re seeing how tough it is to educate the nation’s children. Teachers Need a Vacation Now More Than Ever According to a report on NPR, 86 percent of teachers say they’ve spent their own money on classroom supplies, and 59 percent work a second job. And according to an Economic Policy Institute study, teachers earn less than workers with comparable experience and education. (In Arizona, teachers make 63 cents on the dollar compared to other college grads; in Oklahoma, it’s 67 cents.) To honor their all-too-often overlooked burdens, CheapCaribbean.com, an online travel agency for beach vacations to the Caribbean, Mexico and Central America, is celebrating Teacher Appreciation Week with a gift for 50 teachers: six nights for two at a Mexican beachside resort anytime between July 10 and December 31. (Blackout dates apply.) All You Need Is Luck There’s no essay to write or test to take for the chance to win the Mexican escape. Teacher Appreciation week is May 6 through 10, and the only thing an educator has to do is sign up for free to be a member of CheapCaribbean’s Beach4Teach Club (beach4teachclub.com). On May 9th, members will receive an email with instructions on how to register. The first 50 will be on their way, so teachers, make sure you’re at your desk the moment entry opens. 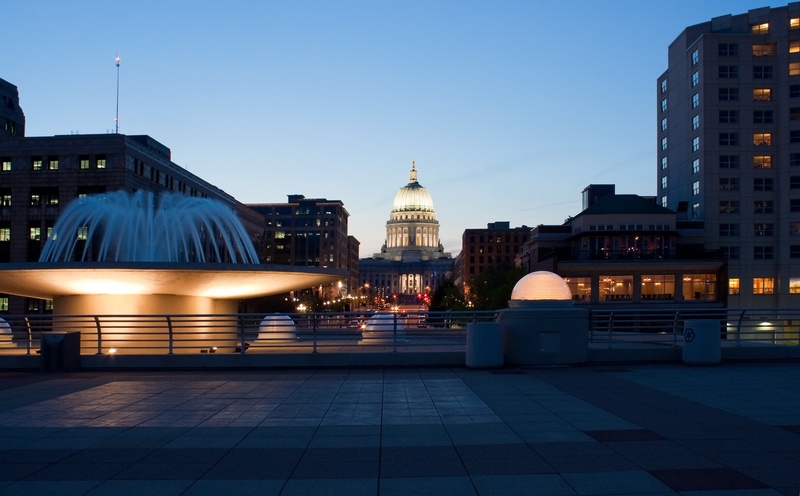 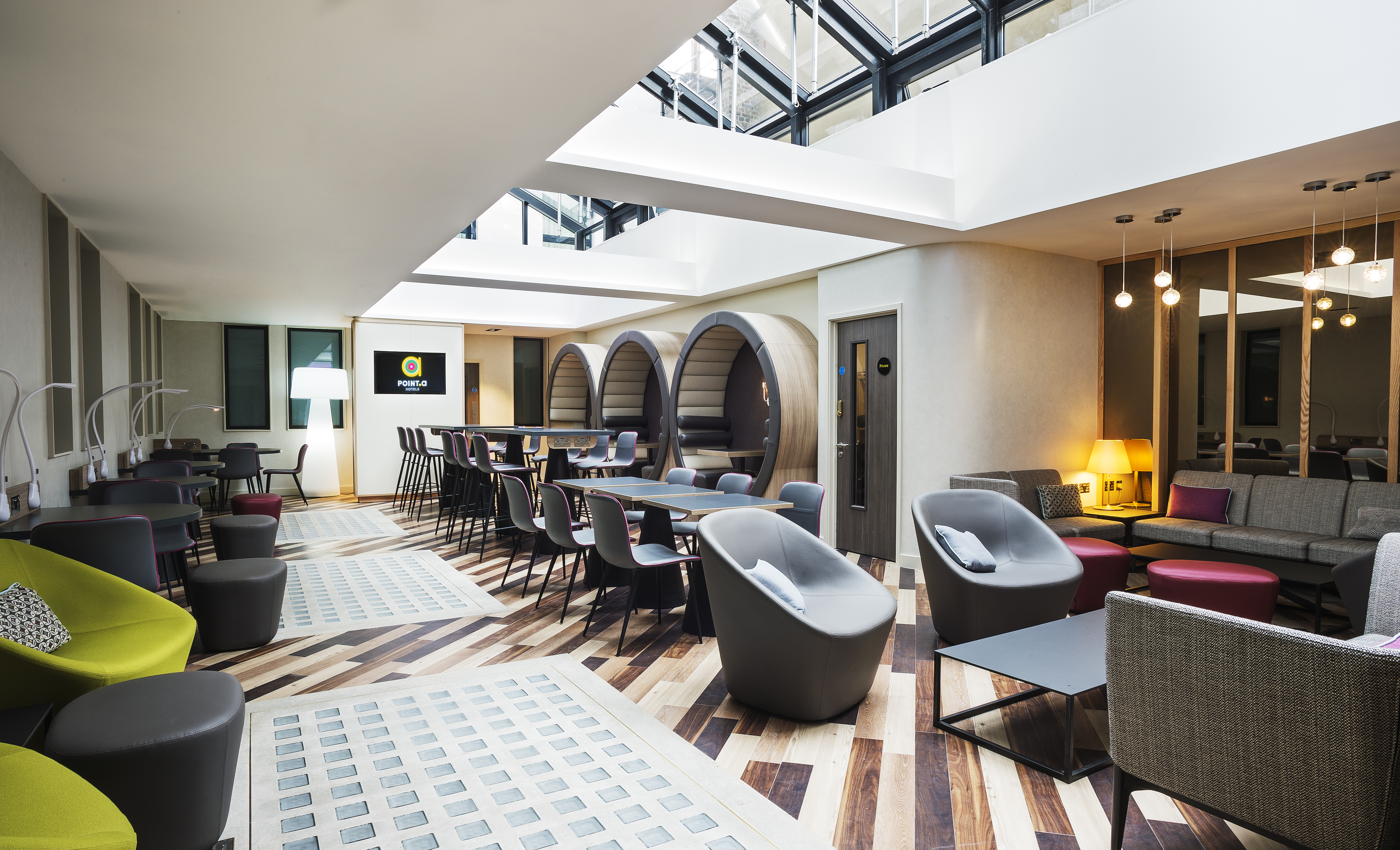 The colorful mural in the lobby of the Point A Hotel London Shoreditch would be well suited for an urban skate park or a trendy coffee shop—the kind that sells matcha lattes. If that—plus the free digital jukebox—doesn’t tip you off to this hotel's cool factor, nothing will. The Story The Point A Hotel London Shoreditch is one of the newer members of the Point A family, which includes six hotels in London and one in Glasgow, with several more London properties in the works. The company's calling card is more bang for your buck, and it delivers with reasonable—if not astonishing—rates for centrally located accommodations. Safety comes at a premium here, with keycards required to access the hallways and elevator as well as the front entrance, a wide glass façade, after hours. The Quarters The hotel has 181 guest rooms, ranging from standard doubles to twins to handicap-accessible doubles and twins, each adorned with colorful Shoreditch-themed murals. (Accessible rooms are larger than the standards but do not have windows.) The rooms are small—86 to 129 square feet—but given the efficient use of space, it's almost easy to forget the compact size of the room. There is a drop-down desk with a foldable chair and a light that switches on right above; shelves are strategically placed out of the way. Hooks around the room hang as an alternative to closets. Amenities enhance the modern sensibility of the room: 40-inch smart flatscreen televisions, fast free Wi-Fi, and touchpad-controlled mood lighting that changes color and intensity. There are also all the standard conveniences: air conditioning, a safe, bedside USB ports, blackout curtains, and high-powered showers. The hotel has an ironing room on the first floor. The Neighborhood The hotel is smack in the middle of Shoreditch, easily one of London’s hippest neighborhoods, a mosaic of cafés, pubs, music venues, and convenient stores, plus Bunhill Fields, a very pretty, sprawling park encompassing old burial grounds. It’s a few minutes’ walk to the Old Street tube station (Northern Line) and about ten minutes more to several others--Liverpool Street (Central, Circle, Metropolitan, and Hammersmith &amp; City lines) and Moorgate (Circle, Metropolitan, Hammersmith &amp; City, and Northern line). Nearby eateries include Thai, Indian, and Italian. The Food Breakfast, or “brekkie,” is available from 9:00 a.m. in the lobby lounge or to-go. Options include fresh pastries, fresh fruit, cereal, and yogurt, plus a gluten-free selection. (There’s no kitchen for hot meals.) A case in the lobby is stocked with snacks, juices, and soft drinks that are available for purchase anytime. Espresso drinks can be made to order around the clock, too. All the Rest Point A pushes its loyalty program, and it’s advisable to sign up for the free program. In addition to 10% off all future bookings at Point A hotels, membership affords benefits like special deals and complimentary items at local restaurants, discounts at nail salons and on guided tours, and free access to the nearby DW Fitness First Spitalfields Tower gym. Rates &amp; Deets Starting at $90 Point A Shoreditch8-10 Paul StreetShoreditch, London+44 20 7655 1720 / pointahotels.com