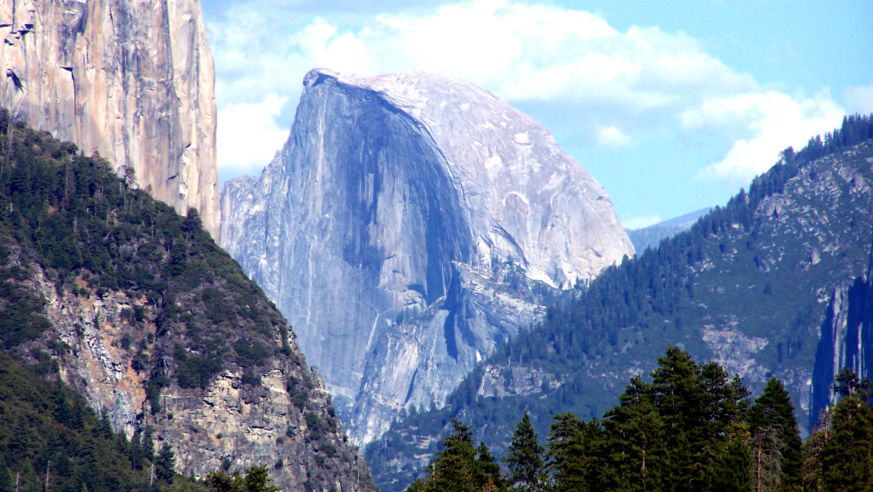 Yosemite National Park, home to the iconic Half Dome, attracts more than 4 million visitors each year.

Though I'm something of a travel website and app junkie, I have to admit that one of the best travel resources I've come across lately is a good old-fashioned book. That's right—paper and ink and everything.

The Road Guide to Yosemite, published by the Yosemite Conservancy, is the national park guidebook of my dreams. Designed to match up with newly placed markers throughout Yosemite National Park, the book takes you down all 200+ miles of the park's roads, noting not just what you'll see out your car window but also where you should stop, what you should do when you stop (including hiking trails and photo ops), and in many cases sharing tidbits of natural and human history along the way.

Written by Master Interpretive Ranger Bob Roney, who has worked at the park since 1968, the book boasts full-color maps, illustrations that provide background on the landscape's geological and botanical variety, and a cast of characters that includes Sierra Club founder John Muir, photographer Ansel Adams (who made his first trip to Yosemite at the age of 14 and took his first images of the park with a Kodak No. 1 Box Brownie camera), and President Theodore Roosevelt. The Road Guide to Yosemite fulfills the wish of the park's earliest rangers, who hoped to teach the public to "read" the Yosemite's roadsides like a book. From iconic one-of-a-kind sights like Half Dome and El Capitan to lesser-known paths and meadows, this is the one book you'll want under your arm as you explore this gem in Northern California's Sierra Nevada Mountains.

Spring is a great time to visit Yosemite National Park, with the park's waterfalls brimming over, most roads open, and mild temperatures during the day. Check out road conditions, weather, and any special seasonal considerations at nps.gov/yose.

TALK TO US! We want to know: what's your favorite travel guide?