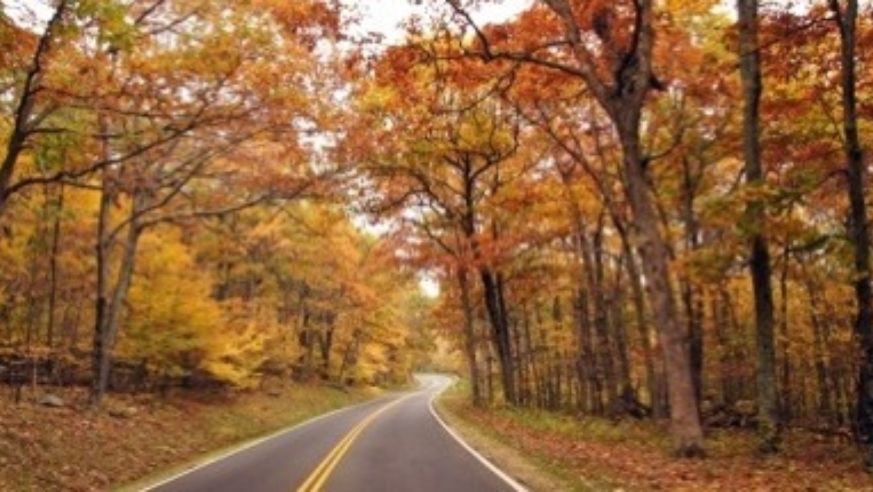 Depending on the park, the temperature and elevation, there's still time to catch some great fall foliage at the country's national parks, where bright red, orange, and yellow leaves are often on display until the end of October (and even into November in some cases).

In an ode to autumn, the National Park Foundation has put out a list of great national parks, and corresponding timelines, for colorful foliage displays.

"Many factors impact the timing of peak fall colors viewing, therefore foliage seekers are encouraged to contact specific parks for the inside scoop on their unique foliage timing," the National Park Foundation advised.

Peak colors are expected sometime between the middle and end of October.

The colors start to come out in late September and run through the end of October.

In mid- to late October, the leaves of the maple, hickory, oak and other hardwood trees begin to change colors.

The bright yellow and gold colors on the aspen and larch trees in the park run through mid-October covering the trails around the park, particularly along Summit Trail. For more information on the best trails for fall colors or for photos of them, visit Glacier's Facebook page, http://www.facebook.com/glaciernationalpark.

The trees around the Flight 93 National Memorial site begin to turn around mid-October. Go to honorflight93.org/webcam to take a virtual fall foliage tour.

This park is home to more than 130 different tree species, many of which produce impressive autumnal hues. Peak foliage viewing depends on the various levels of elevation found within the park, but generally the foliage show runs from late September through October.

Peak foliage colors appear at the end of October and into the first few days of November.

Rich with sugar maples and 400-year-old hemlocks, this park has outstanding fall foliage each year, according to the National Park Foundation. This year's prime viewing is expected from mid-October through early November.

The colors start to come out at the upper elevations beginning in early to mid-October, and the lower elevations peak at the end of October into November.

The most photogenic foliage varies depending on whether you're inland or closer to the coast, however the colors come out between late September and October.