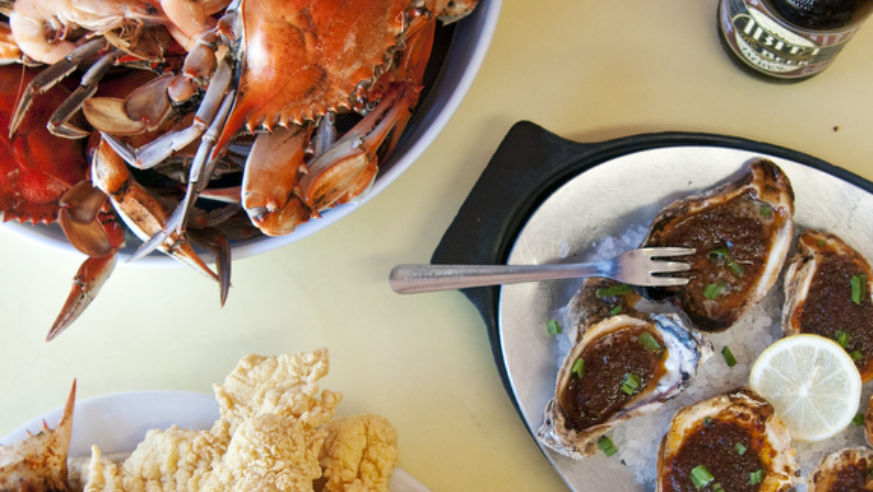 Forget New York and Los Angeles! We're heading across the country—from the desert to the bayou to old steel towns—to find the most authentic regional fare from coast to coast.

We can hear you arguing with us already. How can a story about the finest food regions leave out—fill in the blank: New York. San Francisco. Grandma's kitchen. The fact is, we wanted to shine a light on cuisine that's both underappreciated and a delicious postcard from home. The best regional food is authentic to the bone, which is why you'll find as many mom-and-pop joints here as fancy restaurants. It's also why we asked local food bloggers for their favorites. They know their territory as well as anyone, and they aren't afraid to brag.

If you're looking for a life-altering culinary experience created by a made-for-TV celebrity chef, it's easy to find a lovely restaurant in New Orleans that will do the trick. What's harder is to locate an authentic Cajun meal served without all the food-mecca fanfare. Like all regional cuisine, Acadian food has a humble side, which is what you get when you toss fresh crawfish, crabs, and the occasional turtle into the pot. In the most traditional spots in and around New Orleans, eating is both a cause for celebration and a centuries-old way of life.
­—Peter Thriffiley Jr. and Rene A. Louapre IV, Blackened Out blog (blackenedout.com)

Texans have never been accused of being modest, but singing the praises of the state's barbecue is boasting that's warranted. Unlike the pork belt of the Carolinas and the Deep South, Texas is all about beef, specifically smoked brisket. Near Austin, little has changed since the days more than a century ago when Czech and German butchers began using hickory, mesquite, and oak to smoke leftover cuts of meat. To visit the temples of Texas barbecue, you'll have to hit the road and travel to the sleepy ranch communities and small farming towns of hilly central Texas.
­—Daniel Vaughn, Full Custom Gospel BBQ blog (fullcustomgospelbbq.com)

Maybe it's the region's connection to Lewis and Clark that makes the food culture of the Pacific Northwest both pioneering and close to the earth. Dishes take full advantage of abundant local treasures: coastal Dungeness crab and salmon from the Pacific, free-range cattle from the high desert, foraged wild mushrooms and fiddlehead ferns from the Cascade Range. Even better, because these world-class ingredients don't have to travel far from source to table, chefs frequently leave them alone. The result is simple yet innovative, whether you're eating in a five-star bistro, a cozy diner, or a greenmarket.
­—Liz Crain, Food Lover's Guide to Portland blog (lizcrain.com)

Pittsburgh long ago shook off its image as the capital of steel, smog, and soot. Still, there's at least one reminder (other than the Steelers) of the city's gritty past: the food. Many of the people who worked in the coal mines and steel mills emigrated from Central Europe, and their hearty cooking was the ultimate comfort food after a dangerous day on the job. Today's Slavic and German cuisine is every bit as satisfying as the bratwursts of yore, but you'll often find it prettied up a bit, too—not unlike Pittsburgh itself.
­—Mary Miller, The Fork and the Road blog (theforkandtheroad.com)

Would you be surprised to know that the chile is so revered in New Mexico that it has even been named an official state vegetable? Always spelled with an e—regardless of what any gringo dictionary might say—these red and green flamethrowers add kick to America's most incendiary regional cuisine. Southwest cooking may have evolved from Native American, Spanish, and Mexican styles, but it's all-American now. In New Mexico, you'll see how salsa is really supposed to taste.
—Gil Garduño, Gil's Thrilling (And Filling) blog (nmgastronome.com)