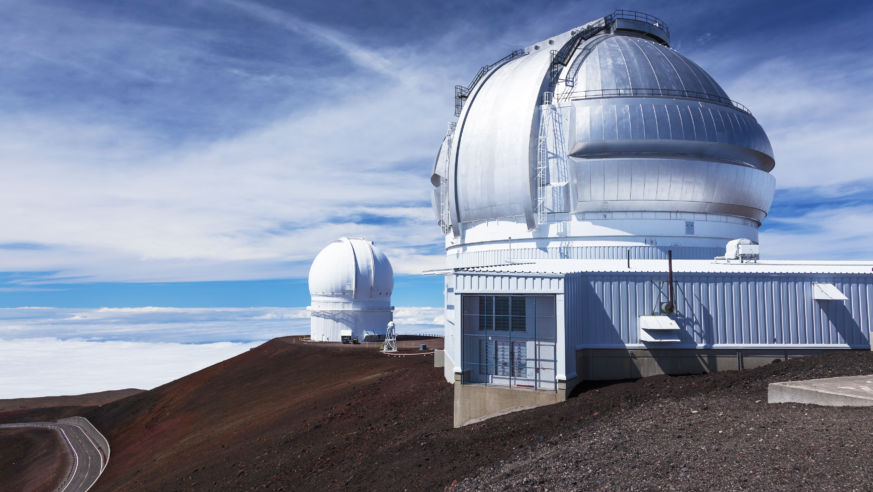 More Americans than ever are geeking out over astronomy thanks to the headline-grabbing total eclipse. Here, six cool destinations you’ll love.

If the total eclipse got you hooked on the cosmos (or even if you’re already a devoted stargazer), there’s lots more where that came from. Across the U.S., major science institutions offer hands-on educational activities and plenty of fun.

Located more than 1,000 feet above sea level on Mount Hollywood in Griffith Park, Los Angeles, one of America’s most beautiful urban parks, Griffith Observatory is always free and hosts a wide range of activities for all ages, including nighttime telescope viewing (the Griffith Observatory’s 12-inch Zeiss telescope has been used by more than 7 million stargazers, making it the most popular telescope on earth), educational exhibits, live shows at the observatory’s planetarium, and pinch-me views of the city.

Part of the American Museum of Natural History’s Rose Center for Earth and Space and led by world-famous astrophysicist Neil deGrasse Tyson, the Hayden Planetarium is a must-see for anyone visiting the Big Apple. Generations of NYC kids got their introduction to the stars here (including yours truly), and the Hayden has even been commemorated in a pop song, Fountains of Wayne’s “Laser Show.” Frontiers Lectures update audiences on the latest discoveries about our universe, Astronomy Live programs take visitors on a tour of the universe with a special focus on the night sky.

One of the jewels in the Smithsonian Institution system of free national museums, the National Air and Space Museum immerses visitors in the history of flight, space exploration, and the science behind those endeavors. Best known for displaying iconic early airplanes and replicas that allow visitors to return to the days of the Wright Brothers and other pioneers and the spacecraft from the 1960s and ‘70s that first orbited earth and took people to the moon, the Air and Space Museum is also home to an IMAX theater and planetarium.

At the top of a nearly 7,000-foot peak in the Sonoran Desert, the Kitt Peak National Observatory boasts the world’s largest collection of telescopes and one of the clearest skies and most beautiful locations anywhere in the U.S. for viewing the stars. Docent-led tours take daytime visitors to three large research telescopes, live views of the sun, and a variety of indoor and outdoor exhibits. Nighttime visitors are treated to incredible glimpses of our solar system and beyond.

Sure, stunning visuals like galaxies and nebulas grab a lot of the attention. But if humans ever detect signs of intelligent life attempting to contact us from the depths of space, the Very Large Array may the place where it happens. After all, that’s where Carl Sagan set the dramatic opening of his novel Contact, in which an alien species sends radio signals to our planet that are first picked up by the immense radio telescope facility at “Project Argus,” which, in the 1997 film adaptation was set here outside Socorro, NM. Visitors can take self-guided tours and once-per-month guided tours to learn more about what scientists have learned about the nature of the universe through the study of radio waves.

Sorry, other awesome astronomy destinations, but at more than 13,000 feet on a mountaintop overlooking the Pacific Ocean on Hawaii’s Big Island, Mauna Kea Observatory’s stargazing tours, telescopes, and visitor center are unparalleled and absolutely free each night of the year starting at 6pm.