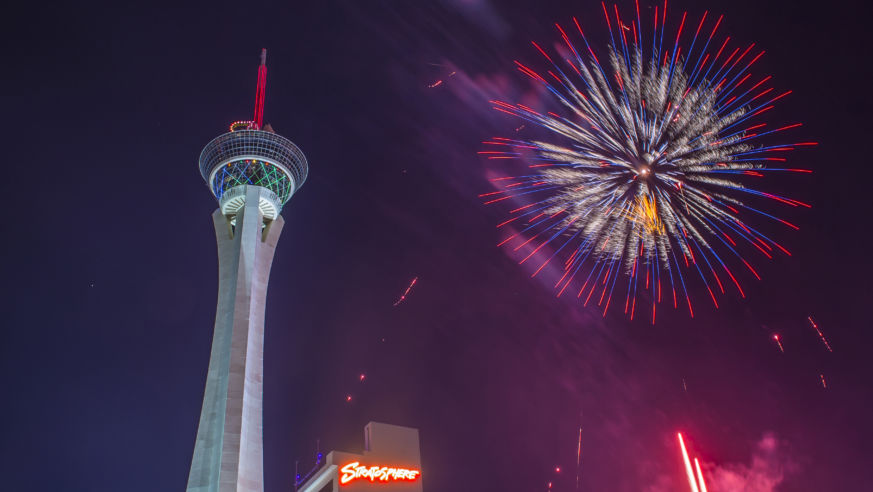 What better time to seek out the biggest party than on the cusp of a new decade.

Finding the perfect place to celebrate New Year’s Eve is always a little stressful. Whether you’re looking to party hard, bring the kids or just chill out, there’s no doubt expectations run high.

To help settle your holiday anxieties, we’ve picked the best places to ring in 2020 around the country. So, make those reservations, mark your calendar, kick back and relax.

Music! Food! Cocktails! Culture! Party it up in this happening southern city, where the weather is mild enough to celebrate al fresco, but there’s plenty to do inside.

Jackson Square is where the big action happens, with the Fleur De Lis drop at midnight, but you can make reservations at music venues like Tipitina’s and the House of Blues if you prefer to boogie down.

The Big Easy is also known for its over-the-top cuisine and favorites like Galatoire’s and Café Degas do stunning special menus.

Got kids? The Louisiana Children’s Museum does a New Year’s countdown at noon for those with early bedtimes and the Audobon Zoo does a family-centric celebration in the morning. Football fans get an extra-added bonus and you can nab a ticket to the New Year’s Day Allstate Sugar Bowl here.

If you can make it there, you really can make it anywhere, because New Year’s Eve in New York City is a wild ride. If you’re willing to brave the crowds, and the temperatures, you can join the festivities in Times Square, which starts at 6pm and culminates in the Waterford Crystal Ball dropping at midnight. This year, performers include Sting and Christina Aguilera.

Want to stay close but warm? Get your cocktail on, tiki-style, at The Pod Hotels 42’s The Polynesian.

Celebratory fireworks are also part of the NYC NYE and you can watch them explode in downtown Manhattan’s South Street Seaport or Brooklyn’s Prospect Park. For a high-end culinary tour de force, make reservations for the tasting menu at Eleven Madison Park or book a room at 1 Hotel Brooklyn Bridge and nab two tickets to spectacular views of the skyline at Brooklyn Heights Social Club’s Classic NYE Celebration.

In a town where every night feels like New Year’s Eve, it may be hard to choose how you want to celebrate. Thankfully, the city makes it special by closing the entire strip down for traffic, so there really is dancing in the streets. And, come midnight, you’ll be treated to a stupendous fireworks display coordinated by the casinos.

If you’re looking for something with less than the approximately 300,000 guests on the strip, you can grab tickets for parties Like Nas New Year’s Eve at Tao or the family-friendly party at Hofbrauhaus, which starts at 3pm to celebrate alongside its original beer hall in Munich. If it’s music you’re after, there’s much to choose from, like Calvin Harris at Omnia, Drake at XS Nightclub, Lady Gaga at Park MGM and Maroon 5 at Mandalay Bay.

Dripping with as much southern charm as Spanish moss, pedestrian friendly Savannah is the perfect home base for NYE festivities. Spend the day exploring the 22 different squares, antebellum mansions and cobblestone streets in the Historic district, including Forrest Gump’s infamous bus stop in Chippewa Square. Then head to City Market, where you can grab some grub, walk the market and catch live music all night long. Next, wander down to the hopping River District for a countdown to the Up the Cup ball drop, which is a six-foot to-go cup ringing in 2020.

If you’re looking for something more elegant, you can make reservations at the Westin Savannah Harbor Golf Resort & Spa for dinner followed by a rocking dance party or keep closer to the festivities with a meal from the four-course tasting menu at Vic’s on the River. Midnight fireworks will explode over River Street as well, but you can also catch them at the city’s Tybee Island beach.

Most people don’t need a reason to visit paradise, but if you’re heading to Honolulu for the holidays, there’s plenty of things to do if you can scrape yourself off the close to perfect beaches. The Party of the Year is in its 10th iteration and though the location and headliner hasn’t yet been announced, you can buy your tickets now.

Tiki’s Waikiki is also hosting a massive blowout Soiree Dinner & Party, with a four-course dinner, flowing cocktails, live bands, a DJ and of course, dancing. For a family-friendly option, check out Moana Surfrider’s around the world-themed celebration, with DJ Baby G, kid’s activities and an oceanfront seat for the massive fireworks show over Waikiki Beach. The Hilton Hawaiian Village will also have its own fireworks over the lagoon.

Of course, it wouldn’t be Hawaii without a luau, and you can enjoy all the local food and fun you and the kids can handle at the Halekulani and Rock a Hula.

Want to stay dry and warm this New Year’s? Phoenix is a fine bet. And in addition to having a number of all-inclusive hotels, like the spacious and family-friendly Hyatt Regency Scottsdale Resort & Spa at Gainey Ranch, located just east of the city limits, you can also grab a ticket for the Crescent New Year’s Eve 2020 Block party, which gives you access to four of the biggest parties in the downtown area.

If you’d rather stay in one place, check out the arts-and music-heavy Flannel Ball NYE Party and Art Show or book the accompanying Cloth & Flame five-course dinner, all happening at the Roosevelt Row Arts District. Or bring the whole family to the Medieval Times celebration and enjoy a two-hour tournament and a four-course feast as well as music, dancing and of course, admission to the Museum of Torture.