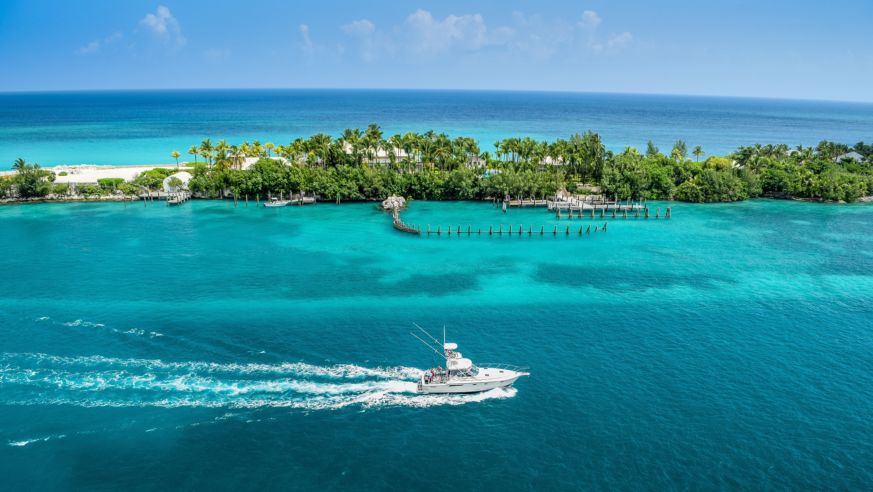 Hurricane Dorian was the worst tropical storm to strike the Bahamas in the country's history. The effects of the storm, from severe wind damage to flooding, left scars on the archipelago that will take years to heal, but the Bahamas is on the rebound and ready to see visitors again.

Traveling to the Bahamas this winter is not only more affordable than usual, but visiting this season also directly helps a community working hard to resume life after Hurricane Dorian’s devastating destruction. Here are the top four reasons you should visit this Caribbean archipelago this winter.

1. You can give back on Grand Bahama

Hurricane Dorian caused catastrophic damage on Grand Bahama, but today the island is largely up and running and ready to accept visitors.

Grand Bahamas is a great destination for travelers who want to give back. The dog- and cat-loving world rallied around the Humane Society of Grand Bahama during and after Hurricane Dorian. Six shelter workers and one volunteer rode out the storm inside the shelter until it flooded and their own lives were put in danger (they had to swim out to safety). But by staying so long, they saved the lives of many animals who would have otherwise perished (sadly, many still did).

The animal shelter itself was severely damaged, but thanks to a global fundraising effort is slowing start to re-build. They are happy for volunteer help with the animals — you can take a dog or two for an outing or socialize at the shelter with the cats. The shelter welcomes volunteers 11am-2pm Monday to Saturday. Many of the shelter’s staff lost everything in the storm, and donations of new or lightly used clothing are also welcome.

How to get there: The airport in Freeport has re-opened and there are flights on BahamasAir and Silver Airways to and from Fort Lauderdale most days of the week. The ferry between Freeport and Fort Lauderdale is also operating again, as is the cruise port. Many of the hotels and restaurants have opened their doors again.

Where to stay: Many of Grand Bahama’s hotels have re-opened, including the all-inclusiveViva Wyndham Fortuna, which saw major renovations post Dorian. Rates are also down about 25% and the property is located on a pretty stretch of sand on the island’s south shore. Other lodging options include Pelican Bay, Lighthouse Pointe at Grand Lucayan, Bell Channel Inn and Castaways Best Western.

2. Experience Bimini blue on a budget

As a result of the hurricane, hotel prices across the islands have fallen in an effort to draw in visitors. As such, now is a great time to visit some of the more traditionally expensive Out Islands, like beautiful Bimini.

The water around Bimini is so well known, it has its own color named after it: Bimini blue. It's the kind of place where life still moves slowly and locals get around by golf cart. Bimini was also once a favorite retreat for Ernest Hemingway, who came to write and indulge in his other passion, sport fishing, which is something else Bimini is known for.

How to get there: Bimini is the closest Bahamas island to the mainland US and is easy to access from Miami via airplane or a high-speed ferry service that makes the trip in just two hours. If you fly, you’ll arrive on South Bimini. Most of the accommodation is on North Bimini, which is just a short ferry ride away.

Where to eat: At the end of the day head to the Bimini Big Game Club Resort & Marinafor a cold beer and fish sandwich at Sharky’s Bar & Grill. Located right by the pier overlooking the marina and the bonefish flats beyond, you can often see massive bull sharks swimming in the water just in front of the restaurant. You can also stay here, although the resort is definitely geared towards anglers.

Where to stay: Here you’ll find theHilton at Resorts World Bimini is the island’s only large resort and offers some great deals, especially if you stay mid-week when the vibe is much more laidback anyway. On the weekends the property has a party vibe when Floridians pop over on the ferry from Miami. The resort features luxe suites with floor-to-ceiling windows and amenities like a rooftop swimming pool, live action casino and 10 restaurants, bars and cafes. The property can also arrange day trips that include snorkeling in and around a partially submerged shipwreck (an old rum runner known as the SS Sapona).

3. Nassau is easy to get to

Nassau is the capital of the Bahamas and actually located on New Providence Island, but everyone seems to refer to the area as Nassau. At first glance, with its throngs of cruise ship passengers, careening jitneys and vendors selling straw-goods, Nassau might not be the Caribbean escape many are looking for. But that urban bustle is exactly why we love it: it's been been a hustler hideout since 18th-century pirates were dropping their doubloons on rum and excitement. If you're looking for a classic Bahamian beach, look no further than Cable Beach, just three miles from downtown Nassau.

How to get there: Nassau is the easiest island in the Bahamas to access from the mainland US with direct flights on multiple airlines. Outbound US travelers get to clear US Customs and Immigration on the ground in Nassau, which eliminates having to go through customs and border control in their arrival city.

Where to stay: If you’re looking for an all-inclusive property with good food on a lovely stretch of white sand on Cable Beach then check into the Melia Nassau Beach - All Inclusive. Part of the Baha Mar development, the resort has ocean facing rooms and suites to choose from as well as 7 restaurants and 4 bars onsite.

As an antidote to the hubub of Nassau, Cat Island sits in the Caribbean relatively untouched by tourism. Another of the Bahamas' Out Islands, Cat Island, located some 130 miles southeast of Nassau, is still mostly undeveloped and known as one of the more budget-friendly islands. Derelict plantation ruins dot the islands, and the Hermitage atop Mt Alvernia forms the main historic site. Elsewhere, beaches are blissfully free of big-name resorts.

How to get there: There are two airports on Cat Island, Arthur's Town Airport and New Bight Airport, which serve chartered and scheduled flights. There is also a mailboat service from Nassau to points around the island but it only runs weekly.

Where to stay: Check out the Pigeon Cay Beach Club, which has just 11 cottages right on a gorgeous three mile long white sand beach and a shabby chic hippie vibe. It isn’t fancy, but they do have WiFi now. Breakfast and dinner are served at the honor bar and you can also cook in your cottage’s kitchen. Explore the island by bike, canoe or kayak, which are all on offer to guests.