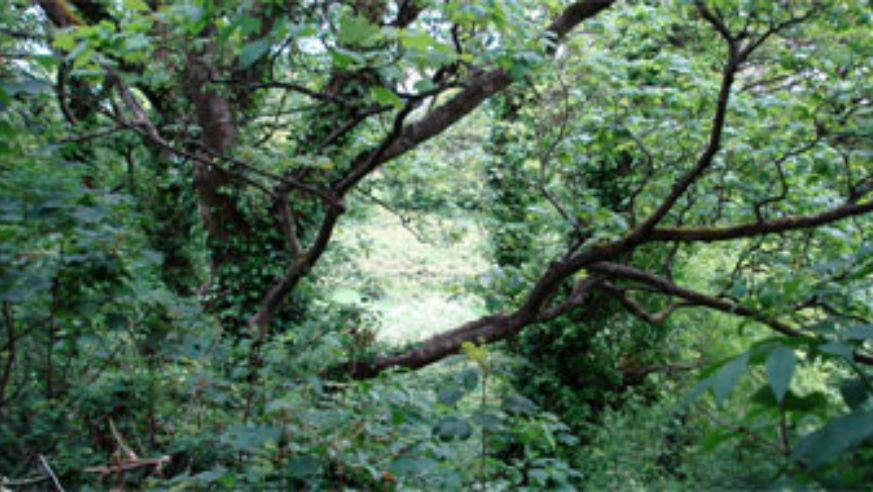 We've been asking top guidebook writers about their picks for their alternatives to the "main attractions" at popular destinations. Today's writer is Camille DeAngelis, author of Moon Handbooks Ireland. She points out that many people want to travel along Northern Ireland's North Antrim coast to the Giant's Causeway, a cluster of rock columns formed by a volcano (or by monsters, depending on your point of view). After all, the remarkable site was picked by Patricia Schultz as one of the 1,000 Places to See Before You Die.

Yet while it may appeal to some people, other travelers may prefer to go elsewhere. Here's what DeAngelis has to say:

True, the 40,000 hexagonal basalt columns at Giant's Causeway are unique in Ireland, but in terms of overall scenic impact, the prehistoric cliffside forts of Inis Mór are more magnificent—not to mention far less crowded, even in high season. Inis Mór is somewhat popular with tourists, yet the island has retained a wonderful sense of timelessness.

Among the one-time forts on the island worth exploring, the Black Fort, (a clifftop stone enclosure), isn't the best preserved. But the view is just as beautiful as other forts—and visitors can often have it all to themselves if they time their arrival right. I recommend going for a long walk (or taking a minibus or taxi from Kilronan) out there on the afternoon of your arrival, then renting a bike early the next morning to arrive at Dun Aengus (and many other prehistoric and early Christian sites along the way) before the minibus groups start arriving around noon.

One caveat, though it may not apply to readers of Budget Travel—the Black Fort isn't really accessible for those who aren't in good enough shape for a long walk over craggy rocks.

The visitor arrives on Inis Mór by ferry or small plane (more expensive, but you guarantee you won't get seasick if you fly). From the port of Kilronan, you have a choice of renting a bike for a morning-long cycle out to Dun Aengus or boarding a minibus for a guided tour. If time and physical fitness allow, a bike is the best way to get around.

Many travelers choose to see Inis Mór as a day trip out of Galway City, but if you budget for a night you'll be very glad you did. Sample the seafood restaurants and lively pubs, and shop for a hand knit Aran sweater.

Among the three Irish (Gaelic) speaking Aran Islands, Inis Mór is the largest. It's by turns bleak and beautiful. Consider staying at Kilmurvey House, a rambling 200-year-old stone farmhouse at the foot of Dún Aengus fort and a few minutes from the beach, says Anto Howard, co-author of Fodor's Ireland 2009, who also recommends Inis Mór as an alternative to the Giant's Causeway, which he considers "a bit of a disappointment." (Howard recently told us about an Irish destination that's Better Than Stonehenge.)

However, no one at Moon Handbooks, Fodor's, or Budget Travel is saying that you can't have a great time at Giant's Causeway. The hike down from the clifftop to the Causeway can be an event you recall for the rest of your life. (Of course, you can also take a shuttle bus if your body isn't up to the walk.)

What's more, the Causeway is part of what I'd argue is the most under-appreciated and glorious drive in Ireland: The Antrim Coast. Nine glens—forested in evergreens and carpeted in shamrocks and other fauna—all roll down to serene seaside villages in Ireland. Be sure to consider making this coastal drive, preferably near dawn or dusk.

It is safe to stay overnight in B&Bs in Northern Ireland (specifically around the Giant's Causeway region). But I wouldn't recommend driving late at night in either Northern Ireland or the Republic of Ireland, if you can avoid doing so, because of a few factors: You're probably unfamiliar with driving on the opposite side of the road. You may find the roads relatively poorly-lit and more curvy than in the U.S. And the residents on both sides of the border on this island have a reputation for reckless driving. At nighttime, your best off staying near your local lodging rather than driving far.