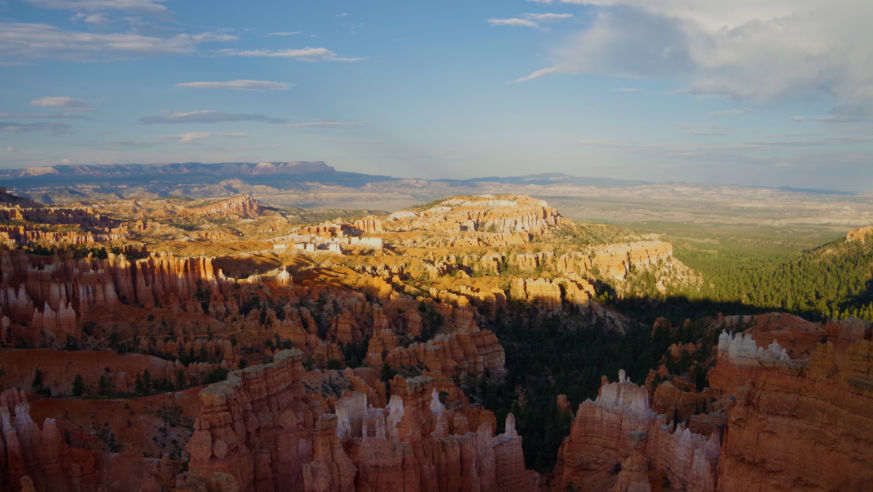 You know what they say about good things coming in small packages? You’ll love discovering everything this little park has to offer.

Bryce Canyon is Utah’s smallest national park, but it packs a mighty punch. Hike the Navajo Loop down into the canyon to feel like you’re in the other-worldly terrain of Dr. Seuss book, and make sure you catch at least one sunrise or sunset over the canyon. Bryce Canyon is also a registered dark sky site, a treat for professional and amateur stargazers.

Because of Bryce’s location, in the center of Utah, you will almost certainly have passed another national park on your way. Bryce is a 90-minute drive east of Zion, two hours south of Capitol Reef, four hours west of Arches and Canyonlands, and five hours north of the Grand Canyon. No matter which direction you’re coming from, you’ll be rewarded with some of the American Southwest’s most beautiful country.

For $30 per car, visitors get access to the park for seven days. If you intend to hit other Utah national parks (there are four more), spend $80 for an “America the Beautiful” pass, which into every U.S. national park.

SAVE BIG BY CAMPING

Tent camping is by far the most affordable way to experience Bryce Canyon.

Plan early to book your campsite in Bryce National Park ($20/night, nps.gov/brca), as they book months in advance during the high season. The park has two campgrounds – Sunrise and Sunset, named for the nearby vantage points of the canyon.

Reasonably priced hotels can be found in Panguitch, Utah – about a 30-minute drive from the park. Here, you’ll find a collection of small inns run by locals. Rooms run as low as $30/night in the low season and $115/night in the high season. These are not the most luxurious accommodations, but certainly do the trick, especially considering that you’re going to want to spend most of your time outdoors.

There are fewer food options near Bryce Canyon than at most national parks, and all of them are a little gimmicky. If you stay in Panguitch, plan for breakfast at the Flying M restaurant on Main Street – huge portions of breakfast food for the smallest of budgets. But your best bet for food will be to stop at a supermarket and load a cooler before arriving at Bryce.

From sunset point, you can start on the Navajo Loop trail which winds down into the canyon’s hoodoos and back up. You’ll have plenty of rocks to climb over and some great photo opportunities. This hike is strenuous, as it has steep climbs down and back up – it will be especially difficult if you’re sore from hiking somewhere else, like Zion National Park. But don’t let that deter you – this hike is totally worth the effort.

CATCH SUNRISE AND SUNSET OVER THE CANYON

Give yourself a treat and watch a sunrise or sunset from its appropriately named vantage point. Get to the vantage point early for the best views, as these times are primetime and draw the biggest crowds.

LOOK UP AT THE STARS

Bryce Canyon is one of the darkest places in the United States, far from the light pollution of any city. The park puts on 100 ranger-led astronomy programs per year, to teach you about the night sky like you’ve never seen it before.

NEXT UP… UTAH’S OTHER NATIONAL PARKS

This state is home to five gorgeous national parks, so after Bryce be sure to save time for Zion, Capitol Reef, Canyonlands, and Arches.