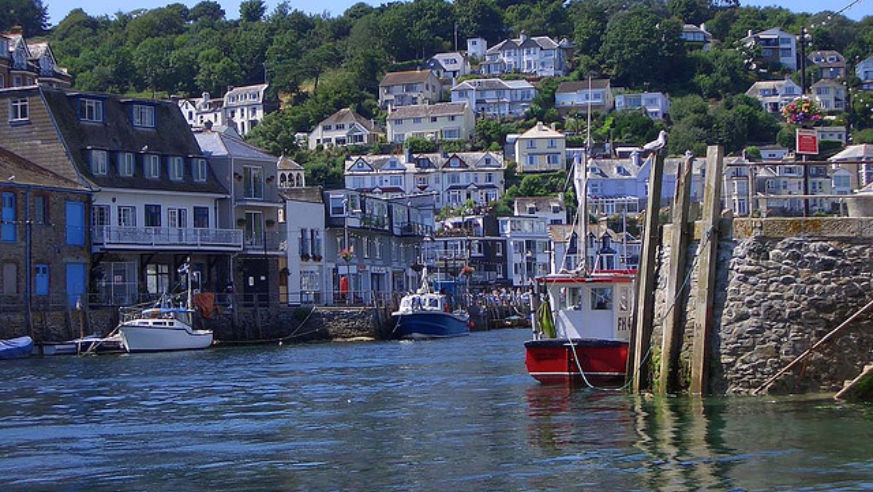 Cornwall, England, is one of the U.K.'s many delightful seaside escapes!

We may not share the sunshine that usually defines a trip to the beach, but here in the United Kingdom, we have some pretty spectacular shores. From quaint, cottage-lined quays to rugged and dramatic cliffs, and from traditional fishing villages to isolated, pristine sands, there's something for every seaside lover; and then some. So next time you're visiting our fair, sea-surrounded isle, why not make the most of our incredible coastline? Stretching for some 11,073 miles—and that's just around the main island—you're sure to fall in love with one of these quintessentially British seaside breaks.

Brighton, England. Brighton is synonymous with the British seaside: tourists have been flocking here since the early 19th century. From its wonderful promenade overlooking the ocean, to its myriad shops selling buckets and spades—essential tools for the budding sandcastle builder‚this town was seemingly made to create happy childhood memories. Grab an ice cream and enjoy a donkey ride along the sand, or explore its history and heritage, admiring the extravagant architecture of the Royal Pavilion.

Outer Hebrides, Scotland. Often described as Caribbean-style coastlines, the beaches of the Outer Hebrides are beautiful. White, powdery sands are lapped by bright, turquoise waves; indeed, the only thing that separates these Scottish shores is their distinct lack of palm trees (and, sadly, warm sunshine). A particular favorite is Bosta Beach, on the Isle of Lewis; a cove where heather-laden mountains loom over its lapping sea, as ancient Iron-age dwellings can be seen in the distance, it's a paradisaical place to spend the day.

Cornwall, England. Cornwall, particularly its North Coast, has long been known as a surfing paradise: it has some of the best rollers in the United Kingdom. Situated in the far southwest of the country, however, it's also home to our most southerly point, Land's End, as well as some of the prettiest beaches in Europe. When you're here, don't miss out on quintessentially Cornish products: cream teas, ice cream and pasties are a must, but no evening is complete without sampling the delectable, local seafood. Lobster, anyone?

Pembrokeshire, Wales. Head for the Pembrokeshire National Park, and you won't be disappointed: although Wales is often overlooked as a seaside destination, it's home to some of the United Kingdom's most stunning shores. Saundersfoot—a picturesque fishing village—comes highly recommended, strewn as it is with traditional fish and chip shops and pubs selling local ales. It also sits at the bottom of a deep, wooded valley, so you can combine coastal walks with countryside strolls, making the most of both worlds.

Blackpool, England. Come rain or shine, Blackpool's a brilliant spot if you want to immerse yourself in the seaside atmosphere of Britain's past. Yet another destination where the Victorians chose to holiday, it's kept much of its old-world charm, particularly in its tower—essentially the Eiffel, in miniature! Famed for its Pleasure Beach, littered with roller-coasters, carousels and coconut stalls, Blackpool's also known for its striped sticks of rock (but watch your teeth on these sweet treats!), and the iconic, if somewhat politically incorrect puppet show, Punch and Judy.

Stonehaven, Scotland. If the likes of Brighton and Blackpool all sound a bit too much, then head for the rugged, secluded shores of Stonehaven. With the coastal trail here running for some 150 miles, there's certainly no chance you'll run out of places to explore. A typically Scottish landscape of wind-battered rocks, ancient castles and swaying grasses, it's an ideal destination for the keen walkers among you; and, when you tire of trekking, you can book a tour of a whisky distillery to warm yourself up with a wee dram.