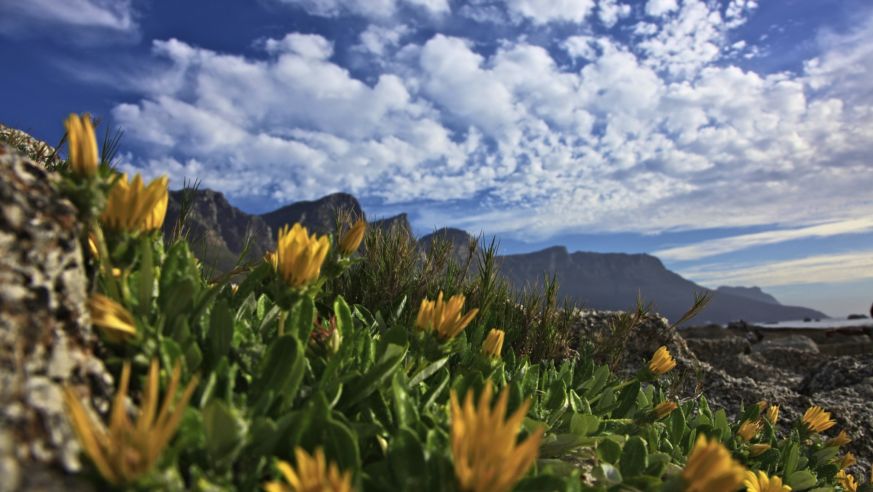 Best known for its history, culture and breathtaking scenic views, Cape Town is a must-add destination to any 2015 travel agenda. But let's face it: traveling can be expensive, especially when you're traveling abroad. Though not as cheap as traveling to other less developed African countries, if you plan ahead and plan effectively, visiting Cape Town, South Africa, doesn't have to be a daunting experience if you're on a budget. If you're able to look past the initial price tag of airfare costs on South African Airways or Delta for the 15+ hour ride, you'll find surprising value in travel to the "Mother City." The currency exchange rate of the South African rand to the U.S. dollar combined with the country's highly developed tourism infrastructure makes vacation planning and excursions for the frugal traveler easier than most may think.

Budgeting for your vacay and don't know where to begin? Here are a few additions you should add to your Cape Town itinerary.

Widely known as one of the best national parks in Africa for its wildlife and landscape, this is one of the best places to do a safari if you are interested in coming face to face with South Africa's "Big 5" (the lion, elephant, buffalo, rhinoceros, and leopard). Located in the northeastern part of the country, Kruger has many different sights and a great infrastructure which makes it easy to explore. For an entrance fee of about $20, you can set your sights on this natural world wonder.

Head to the top of Table Mountain

Want to experience spectacular views of Cape Town and Table Bay? Arguably one of the most popular mountains in the world, Table Mountain is appropriately titled one of the world's new seven wonders of nature—and is home to one of Budget Travel's favorite cable car rides in the world. For approximately $20, you can head to the top of the mountain after a quick five-minute cable car ride offering an out of this world view. Adventure seekers can even opt to hike up and down the mountain.

Visit Cape Point and the Cape of Good Hope

On the southern end of the Cape Peninsula, you will find Cape Point, part of a rocky peninsula jutting out from the Atlantic Ocean. Whether hiking, enjoying a picnic, or just taking in the views of this World Heritage site, you'll be able to enjoy some of the most spectacular views in the world. Not to mention, the Cape of Good Hope is also the southernmost point on the African continent, offering many bragging rights and photo ops for first time travelers. Open daily, Cape Point costs approximately $12 for adults and about $6 for children.

Take a tour of Robben Island through the Nelson Mandela Gateway

Historic Robben Island is where Nelson Mandela would go on to spend 18 of his 27 years of imprisonment during South African apartheid. As one of the world's most legendary political leaders, Mandela, affectionately known as "Madiba" is a huge contribution to the legacy of South African history, and the Robben Island museum is an important addition to any Cape Town experience. The tour, led by former political prisoners, begins at the Nelson Mandela Gateway at the Victoria and Allen Waterfront, and includes a short ferry ride over to the maximum security prison. The cost of the tour is a mere $13 for adults ($6.50 for children) but the fee is priceless as it will be a lasting memory of your time in Cape Town.

Walk through the Kirstenbosch Botanical Gardens

On a beautiful, breezy afternoon, enjoy a stroll through the beautiful African gardens of Kirstenbosch, one of the most highly acclaimed botanical gardens in the world. Entrance to the garden is a mere $3.50 and features only indigenous South African plants. The 36-hectare landscaped gardens feature more than 9,000 of South Africa's 22,000 species, offering some of the most beautiful and photographic backdrops in the world.

A suburb of Cape Town, Camp's Bay is reminiscent of Ocean Ave. in Miami, offering the beach, restaurants, shops, and the breathtaking Twelve Apostles Mountain range. Just 15 minutes from the center of Cape Town, this outing is perfect for a day of swimming in the ocean, or an afternoon picnic along the bay. Offering more than 20 restaurants and various shops, Camp's Bay is your perfect escape for a day of relaxation and exploring.

Home to the endangered species of a land-based colony of African Penguins, this site is a growing tourist destination for animal enthusiasts and intrigued tourists. As you walk through the boardwalks, you're able to view the penguin families in their natural habitat on the coastal beach in Simons Town. Be careful however, as you will be fined about $45 if you touch, feed, poke, or disturb the penguins while within the viewing area.

Looking for a night on the town to wind down after a long day of sightseeing? In the heart of Cape Town, Long Street offers a vibrant and thriving nightlife scene. Enjoy live music, dance to your heart's content, or walk the strip encountering new friends and old. The bonus? Your money will get you far at clubs and restaurants. Four shots of alcohol (namely, vodka) will run you about $8. No matter what you're in the mood for—a bar, club, lounge, or restaurant—Long Street will satisfy your appetite.