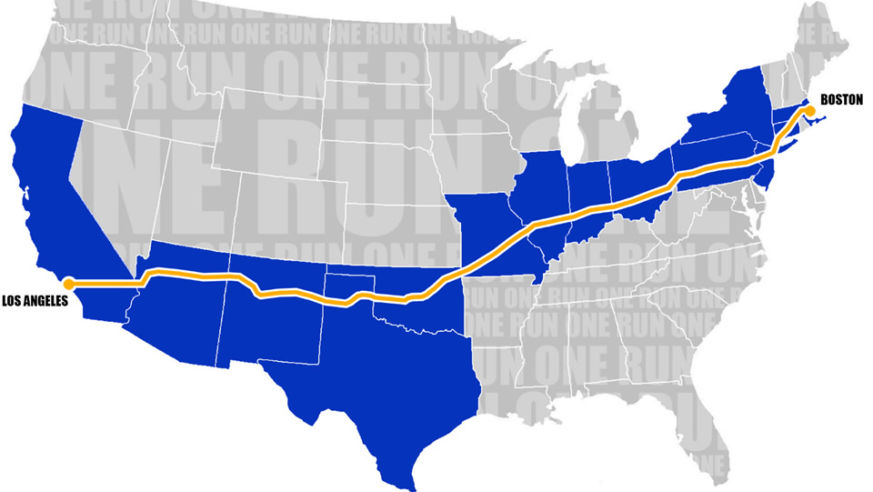 Courtesy One Run For Boston

It's not too late to get involved with One Run For Boston, an epic three-week long 3,300 mile run from L.A. to Boston through 14 U.S. states that started Friday, June 7th, and will come to an end this Sunday, June 30th. So far the group, which started as three enthusiastic runners from the U.K. and has since grown to more than 2,000 runners, has raised more than $71,000 for those who were impacted by the Boston bombings that took place on April 15th.

While the run is drawing to a close this weekend, you can still sign up to participate its the final stages—a five-mile dash around Central Park in New York City on Saturday and the finale run through Boston on Sunday—640 runners have already signed up for the last leg, an eight-mile journey from Newton to Boston Common. Can't make it to the event? You can follow the runners' progress on the website's live tracker, view photos from the ground via the live photo gallery, or help support the cause by making a donation.

We want to know: have you ever participated in something like this, a cross-country run (or road trip) through several states either for your own personal enrichment or in support of a worthy cause? Share your story below.