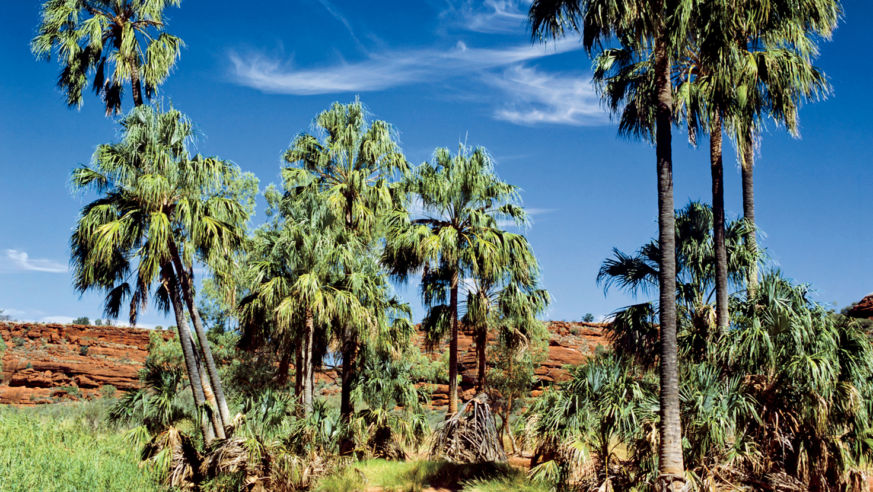 There's something sweet about shoulder season—that brief period between high and low season when nice weather coincides with fewer crowds and great prices. We're always on the lookout for places that offer the intersection of these three things. Use this list as your cheat sheet to vacation planning—and check back often for updates.

June is the best time to travel to:

From the desert hub of Alice Springs to iconic Ayers Rock (or Uluru to locals), the Australian Outback is experiencing a banner early winter (our summer). Sure, June has always been an underappreciated time to head Down Under. But this year, you're missing out on more than the usual sights. After a severe monsoon season, the area has shed its reputation as a bone-dry, red-rock desert. The devastating floods have yielded the most vibrant wildflower bloom since the 1950s. Crimson Sturt's desert pea, pink mulla mulla, lovely (but smelly) "stink" lilies, and more are popping up like, well, kangaroos. 'Roos are in abundance too, joining emu families and flocks of birds at the newly minted swimming holes. "If you're ever going to visit the Outback," says Jo Sheppard, mayor of Paroo Shire, in Queensland, "come now. It's magical at the moment!"

Learn more about Australia and the South Pacific.

July/August is the best time to travel to:

The dog days of summer usually aren't very pleasant—unless you're in Costa Rica. August is technically part of the rainy season in Central America, but Costa Ricans benefit from a weather anomaly that month called the canícula (aptly, "little dog"), when precipitation can drop by up to 20 percent. Even better, in the Pacific region of Guanacaste, Mother Nature keeps the rain to herself until afternoon, making most of the day beach-friendly. Of course it rains sometimes. That's a good thing, and not just for white-water rafters in search of swollen riviers. "What's the point of going to the rain forest," says Claire Saylor, of carbon-neutral regional carrier Nature Air, "when there's no rain?" The wet spells help turn the summer beautifully green, and all that lush vegetation in turn entices spider monkeys and macaws to come out and play. You should, too.

September is the best time to travel to:

September is the time of year when Iceland turns its lights back on. As summer fades, so too do those endless, sun-filled nights. But tempting as it may be Icelanders to grab their favorite Björk album and hibernate, they know there's one great light show on the horizon: the aurora borealis. The greenish glow begins dancing over the lava fields north of Reykjavik come fall, and this year the northern lights are expected to burn even more brightly than usual, as they approach a peak in the 11-year solar-flare cycle. "On a cleare, cold, cloudless night, you're almost guaranteed to see them outside of town," says Vignir Gudjonsson of Iceland Total, which runs a Northern Lights Mystery Bus Tour. And remember: No matter how chilly it may get outside, the milky geothermal springs at Blue Lagoon, 40 minutes southwest of Reykjavik, never dip below a steamy 98ºF.

Learn more about Iceland and Europe.

October is the best time to travel to:

Come October, the aspens are hitting their golden peaks, but even blazing foliage can't top what's on the ground. As sweater weather settles in over Yellowstone, the famed fauna return to the valleys from their highland summer hideaways. The stars are the bull elk, who grunt and clas antlers in a brutal mating ritual called rutting. Fall is also when tourists can break from the herd. As the crowded roads empty out, there's a brief span when the cyclists rule. "People consider Yellowstone a driving park because of its size, but there are smells and sounds you can't experience from your car," says Melissa Alder, co-owner of Freeheel & Wheel bike shop. "Plus, when traffic backs up due to a 'buffalo jam,' you can just zoom on by down the shoulder!"