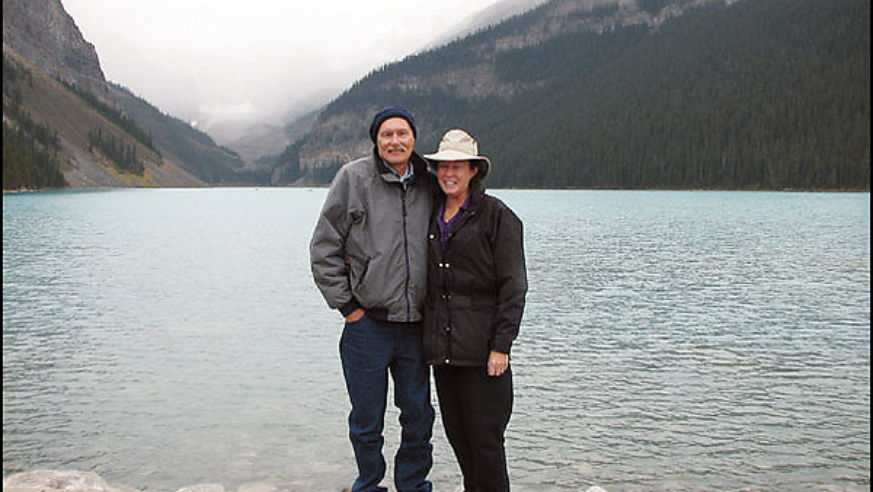 Bob and Donna Royer at Lake Louise in Alberta

How was your trip? The Royers&nbsp;tell us about their train trip across Canada.

Did the scenery deliver? Robert and Donna Royer got their money's worth sightseeing from the train, especially in the Canadian Rockies. "The scenery was magnificent," says Donna. "And we never had trouble finding seats in the dome car." Bob thought it was cool that in order to assure passengers of clear views (and photos), attendants washed the windows often. The couple stopped in Alberta for a few days to explore Lake Louise and Jasper National Park. "We saw lots of elk from the train," says Bob. "And, near Maligne Lake, we took pictures of Rocky Mountain sheep." Donna, an avid birder, was a bit disappointed not to see much besides Canada geese. "It was fall, so birds had flown south. But early one morning in Saskatchewan, I did see a dozen blue-gray sandhill cranes dancing on the prairie in the misty sunlight."

Favorite discoveries: "We found really interesting brewpubs all across Canada," says Bob. "But the best was La Barberie in Quebec City (310 rue St-Roch, 418/522-4373). It was so good we went back three times! They don't serve food though, so we brought our own lunches--salami and cheese we bought at a farmer's market and bread from Boulangerie Paul nearby" (217 rue St-Paul, 418/694-7246).

Any unique souvenirs? "The Winnipeg Book Walk was terrific," says Donna. "We bought lots of paperbacks to read on the train."

Advice for other readers: The Royers did a lot of exploring on foot, but Bob says they often got more exercise than they'd bargained for. "I learned quickly that when asking for directions in a city, you have to take them with a grain of salt. Canadians are serious walkers, so when they tell you something is "a couple of blocks away,' be prepared to walk 17 long ones!" Donna laughs, "I lost about five pounds on the trip with all the miles we covered."

Life on the trains: "We didn't use the sleeper cars," says Donna. "They were expensive, a minimum of $250, as I remember." Bob adds, "They'd have cost multiples of what we spent on our passes." When the Royers did spend the night on the train, they were happy enough in their coach seats. "The longest leg of our journey was 30 hours from Winnipeg to Toronto," says Donna. "The helpful VIA Rail attendants gave us blankets and pillows, as well as a little packet containing a sleep mask, earplugs, and a mini-washcloth."