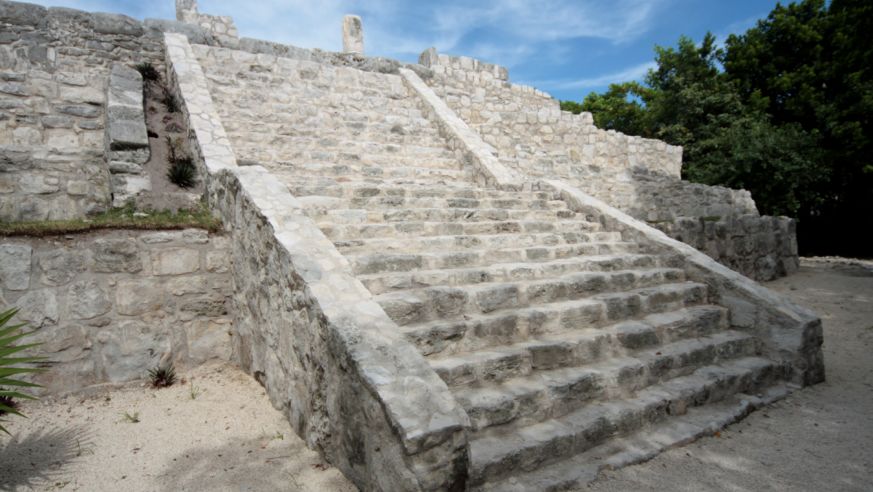 With less than a month to go before the official end of the Mayan calendar on December 21, 2012, a new museum focused on Mayan history has opened in Cancun. The Maya Museum of Cancun is a $15 million project that includes 350 ancient Mayan artifacts it took more than 30 years to collect. Designed by Alberto Garcia Lascuráin and showcasing three 4,400-square-foot exhibition halls, the museum features 14,000-year-old Mayan remains discovered in the underwater caves of Tulum, the 10,000-year-old remains of La Mujer de las Palmas (The Woman of the Palms) discovered in a nearby cenote 10 years ago, and a room full of tools and other artifacts the Mayans once used in daily life. Sculptures by artist Jan Hendrix are also on display, as is a 26-foot-tall Great Pyramid inside the main building and displays of ancient dwellings, altars, and mural paintings. Next door to the Maya Musem is the archaeological site of San Miguelito, also included in the $5 admission price. The museum's official website is currently only in Spanish, but an English-language version is in the works (the Cancun tourism board's website has information in English as well).

The Mexico Tourism Board has been promoting "end of the world" tourism all year through Maya Mundo 2012. The site focuses on places up and down the Yucatán Peninsula of historical significance, information on how the Maya understood the world, and the real meaning behind the countdown to December 21, 2012 (in other words, it's not a scary end of the world scenario, but the end of old beliefs, and the era of new understanding that will begin). If all this has got you thinking about taking a trip, check out our travel deals to Mexico and Central America, because odds are the sun will rise again on December 22nd, and you've still got some traveling to do.