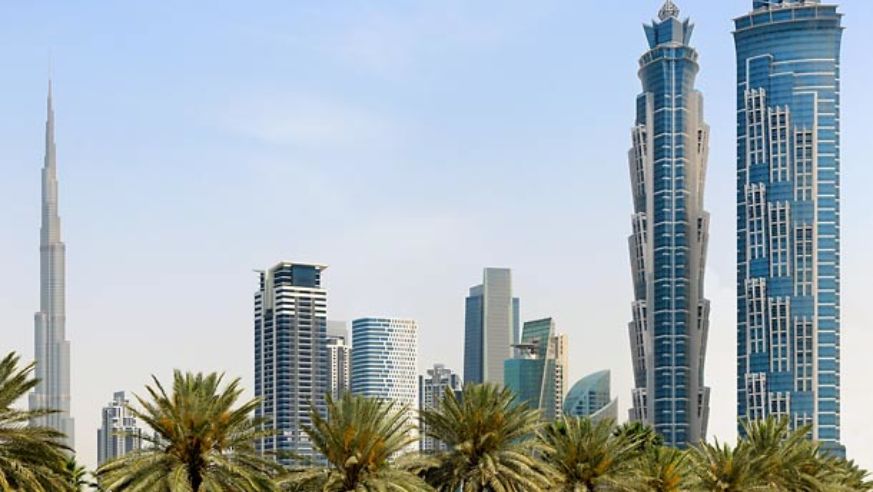 The first phase of the JW Marriott Marquis Hotel Dubai opened this week in a 72-story tower—high enough to be the tallest hotel in the world.

Much qualification goes into these types of distinctions. At 1,164 feet, the JW Marriott is the tallest building that is used solely as a hotel. The Armani Hotel is in the Burj Kalifa, which—at 2,716 feet—is the tallest building in the world (and also located in Dubai). But the hotel only takes up 15 lower floors of the 160-story building. The Ritz-Carlton in Hong Kong is still the world's highest hotel because of it's location on the 102nd to 118th floors of the International Commerce Centre, which also has commercial space and shops and restaurants. So there you go.

There are now 804 rooms available at the JW Marriott Marquis, as well as three restaurants. The second building is set to be completed in January, bringing the total to 1,608 rooms, nine restaurants, and five bars. The hotel is still in a soft-opening phase and advertised rates start at $327 in late-November.