7 College Campuses That Are Actually Great to Visit 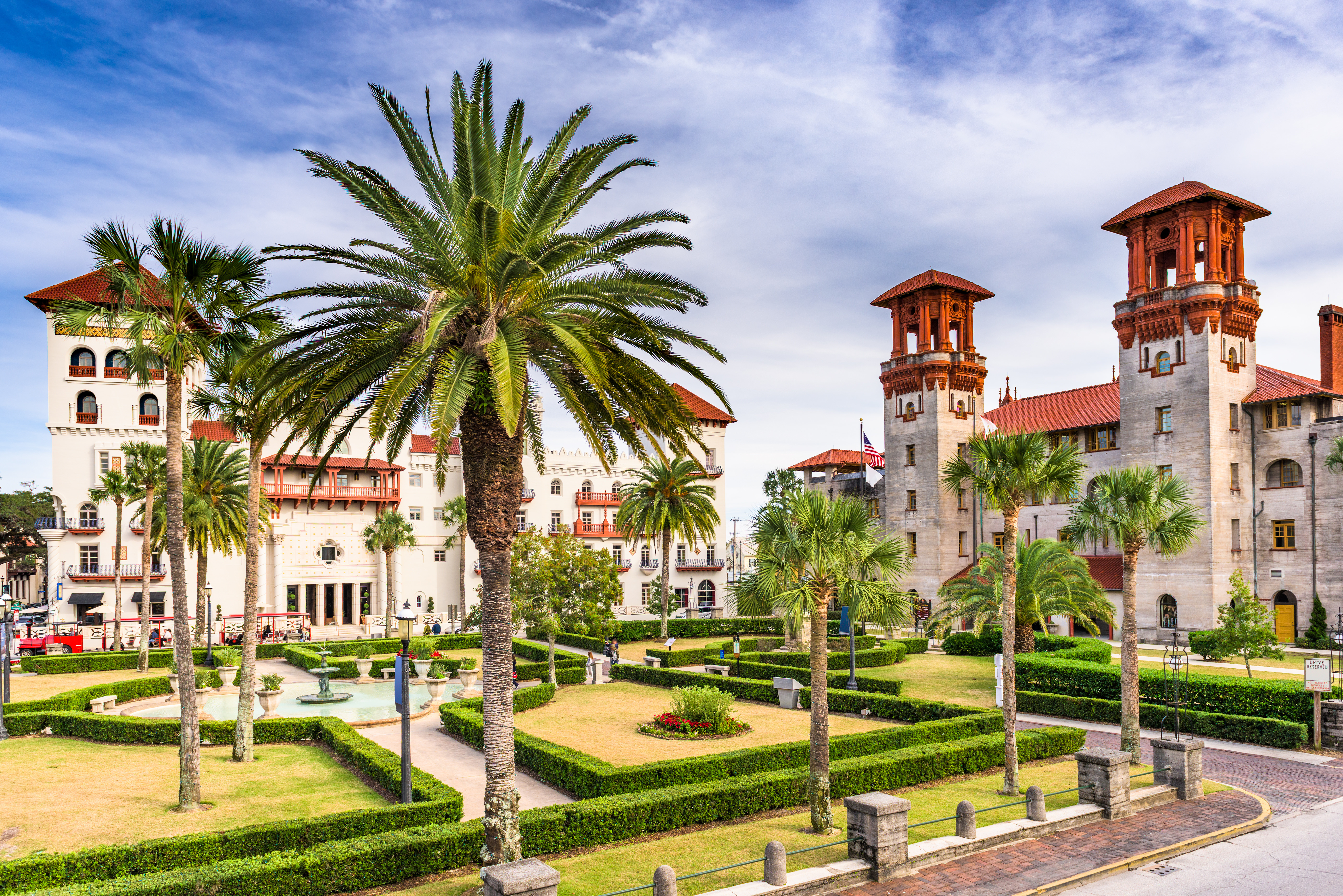 ©Sean Pavone/Shutterstock
An elite few of America's top schools have top attractions to match, combining architecture, landscapes and activities that are worth a visit.

Back to school season is almost upon us, but that doesn’t mean you have to give up your travel plans as you head back to class or send your beloved students off to school. Some of America’s college and university campuses are destinations unto themselves.

We’ve rounded up the most notable campuses across the US, highlighting features like stunning architecture, diverse landscapes, and culture and activities for the whole family. Because, let’s face it, studying isn’t everything.

Imagine attending college in a luxury hotel? This opulent campus centers around the original Ponce de Leon Hotel and was built in 1867 by a New York oil tycoon in the Spanish Renaissance Revival style. The school is a National Historic Landmark once visited by distinguished guests like Theodore Roosevelt, Mark Twain and Babe Ruth. Thomas Edison personally wired it for electricity and the world’s largest collection of Tiffany stained glass works resides inside.

In 2018, Flagler celebrated its 50th anniversary and Flagler Legacy Tours are offered from May to August.

This National Historic Landmark overlooks the Hudson River and the Catskill Mountains – spreading out over 540 acres. And though it dates to 1860, its architecture swings wildly from neoclassical to modern. With sweeping mansions now used as dorms, students and their families will appreciate the beauty of the Georgian revival Blithewood, the Collegiate Gothic Stine Row and Tudor revival Ward Manor.

But it’s the cutting-edge Richard B. Fisher Center for the Performing Arts, Frank Gehry’s first building constructed in the Northeast and open since 2003, which provides this campus a solid home for theater, music and adventurous performing arts, with over 200 events open to the public every year. 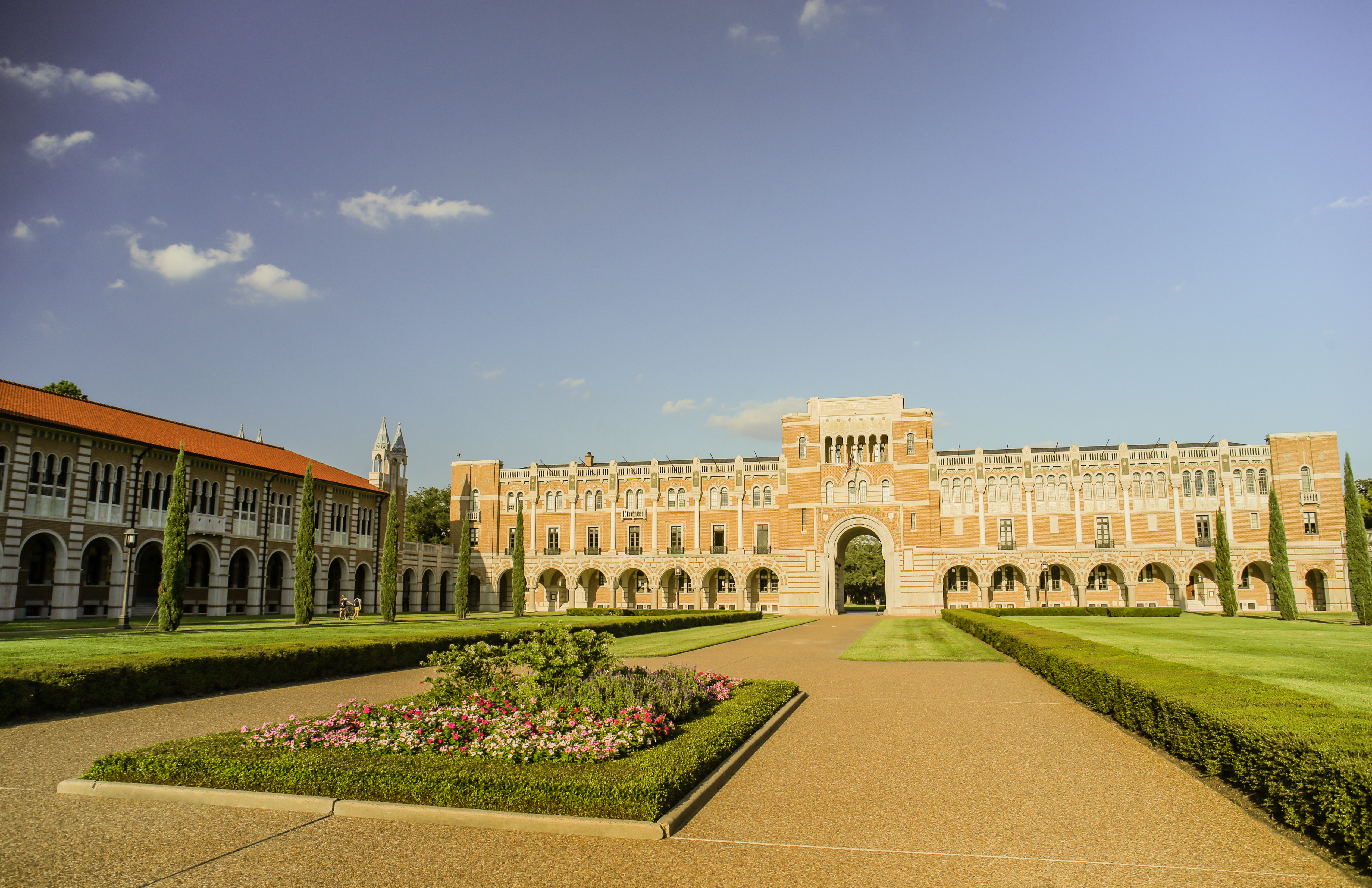 The main building of Rice University from inside the campus © Christian Offenberg / Dreamstime.com

Nestled in the museum district of this busy city, Rice University consists of about 50 buildings spread across 285 acres and boasts an oasis of green space – including the over 4000 trees and shrubs in the Lynn R. Lowrey Arboretum. Of course, this is Texas, so football is a big part of campus life, and Rice Stadium, the site of Super Bowl VIII, can seat 47,000 fans and up to 70,000 people for other events.

Most of the architecture is uniform in its Mediterranean Revival-style, though older buildings like Lovett Hall, named after the university’s first president, preserves medieval elements and welcomes students and families alike with its iconic Sallyport arch. The more modern Twilight Epiphany Skyspace is also a draw, and the light show is open to the public six days a week.

Listed in the National Register of Historic Places, this Midwestern campus combines old world charm with a naturalist bent, boasting nine miles of trails in its 520-acre nature park – which encompasses fields, forests, waterfalls and even an abandoned limestone quarry.

It’s also closely integrated with the lively town of Greencastle, which offers a rotating roster of performing arts and community events as well as a safe, fun space to socialize. The university’s celebrated Joyce Green Center for the Performing Arts hosts everything from musicals and theater productions to ensembles and chamber music concerts. 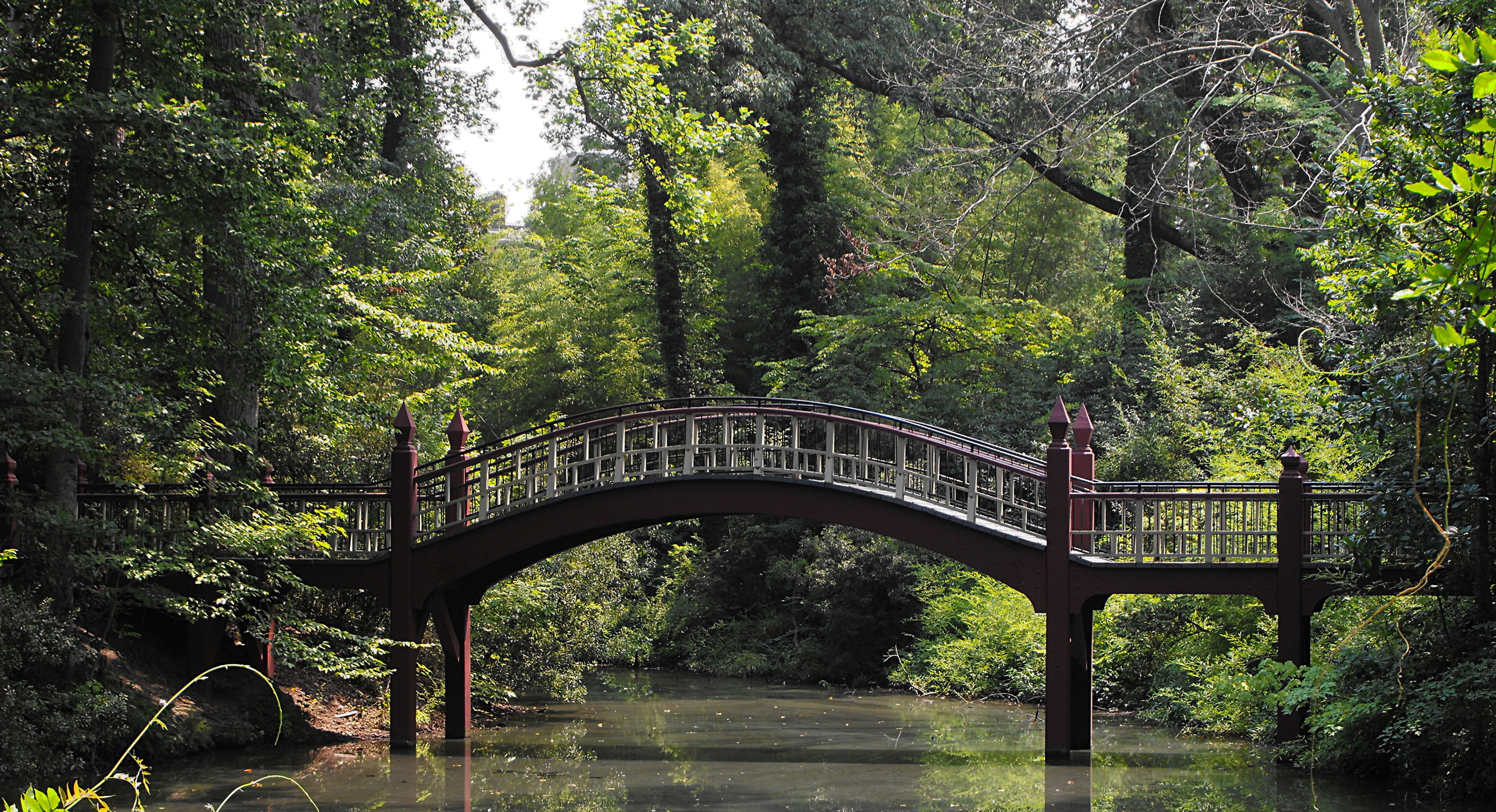 A small Japanese style bridge on the campus of College and William and Mary © Brian Cherry / Dreamstime.com

This campus is a bastion of history, housing the oldest collegiate building in the US, the Sir Christopher Wren Building. Named after the English royalty which chartered it in 1693, William III and Mary II, the college’s 1200 acres accommodates several other historic buildings used as both dorms and academic spaces, and the grassy Sunken Garden, best to visit in spring and fall, is a haven for students to relax, study and socialize.

The Duke of Gloucester Street also links the campus to Colonial Williamsburg’s reconstructed capital – allowing for a unique relationship to the past while retaining the student body’s robust modernity.

This Pacific Northwestern campus is named after renowned explorers Lewis and Clark and more importantly, is contiguous to the Tryon Creek State Natural Area. Though just over 130 acres, its location atop Portland’s Palatine Hill allows for stunning views of Mt. Hood and the over 100 types of trees that surround it.

Though beautiful to look at and explore, the college’s location also inspired its LEED-certified buildings, which uses 100 percent wind power to provide electricity. The Tudor-style Frank Manor House presides over the campus architecture and includes a conservatory, a rose garden and reflection pool.

Proudly towering over the City of Angels atop the Del Ray Hills bluffs, you’ll be bowled over by the striking views of the Pacific Ocean as well as the proximity of Los Angeles proper. Because of its Catholic roots, there are six chapels dotted inside campus, four of which are operated by its ministry.

The Spanish Gothic–style Sacred Heart Chapel is known for its intriguing and colorful stained-glass windows, while the post-modern Chapel of the Advocate designed by Frank Gehry includes a sunken entrance and an igloo-like structure with more impressionistic stained glass. 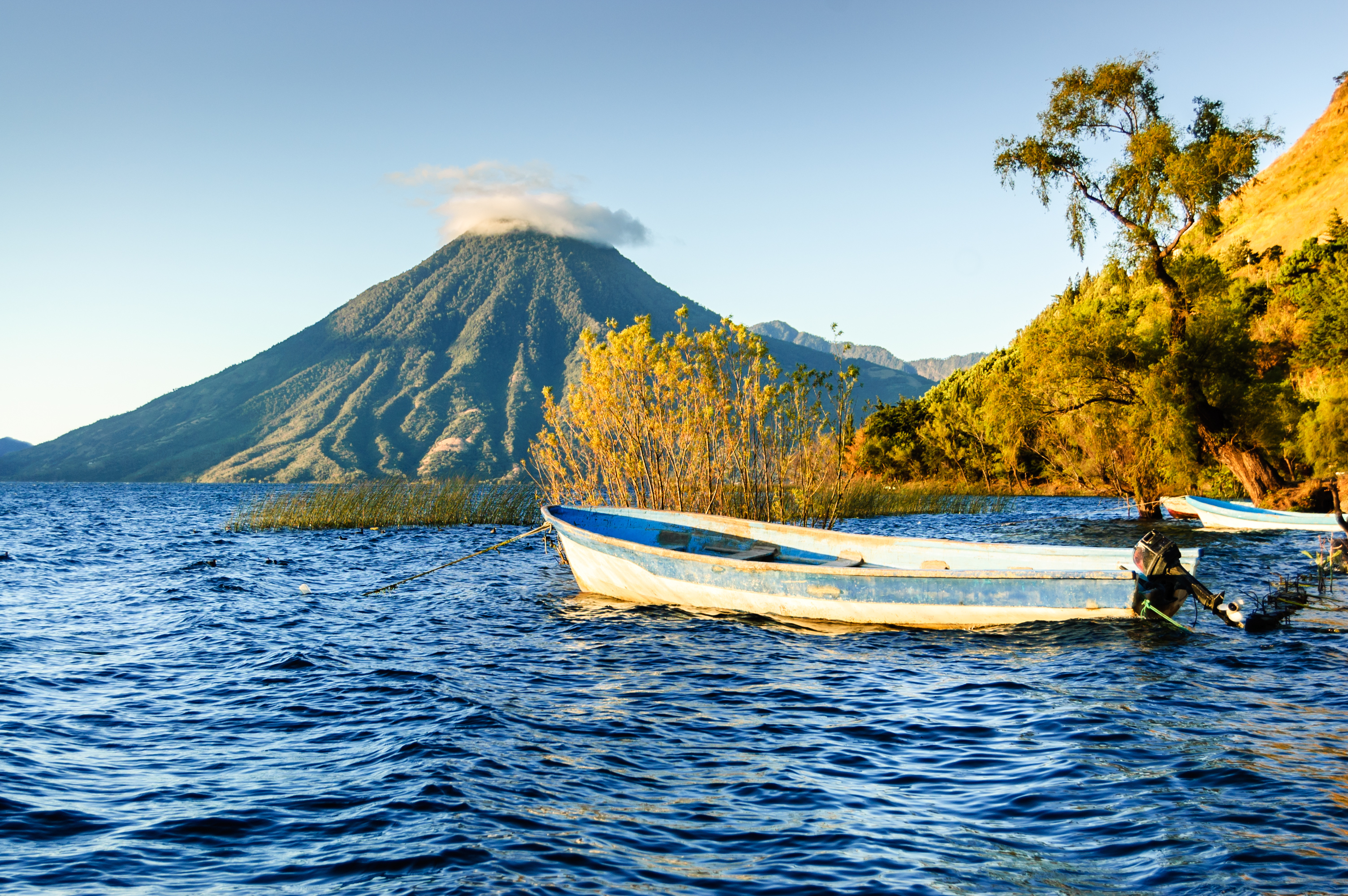 As the end of summer nears, squeezing in one more vacation before the fall arrives sounds like a spectacular idea. With hotels, airlines and car rentals offering massive deals and incentives to book before the end of the summer, the only question you have to ask yourself really is, why not? This year, top summer hotspots are Orlando, Las Vegas, and Myrtle Beach followed by Maui, New York City, Key West, and New Orleans according to a recent study, but if you’re looking for something less crowded we’ve got you covered. Our best advice for saving money is to book these flight and hotel deals now! Bangor, Maine This offbeat alternative to Portland, Maine, is a hub for good food, great music and is home to a growing art scene. Bangor is the gateway to many outdoor activities, whether visiting Moosehead Lake or hiking through Baxter State Park. Bangor is easy to get to with the Bangor International Airport located conveniently in the center of the city. Acadia National Park is also close by and can be reached in a short one-hour drive. At the park, visitors can stop at the popular Sand Beach or explore the famous Carriage Roads. The annual Dark Sky Festival (Sep 25-29) is a starry-eyed way to wrap up the perfect summer. Read more: 25 Gorgeous American Lighthouses Cancun, Mexico Mexico is always a good idea. Just a hop, skip and a jump from the US, Cancun lies at the heart of the Mexican Caribbean. With direct airlift and easy access to the Yucatan's most amazing sights – from the ruins of Chichen Itza, to the cenotes of Tulum – Cancun is a destination ideal for a last-minute summer vacay. If shopping is more your speed, book a guided shopping tour in Playa del Carmen to find your most precious souvenir (think vibrant textiles and maybe even a hammock?) for just $19.99 through GetYourGuide. Set your out of office and book a room at the newly renovated JW Marriott Cancun Resort &amp; Spa, a sprawling resort with 447 ocean-facing guest rooms, all of which peer out over the palm-studded grounds. Lake Atitlán, Guatemala If you’re looking to explore a little further than Mexico, Lake Atitlán in Guatemala has your name written all over it. It’s easy to get lost in the lake’s natural beauty that has been dubbed, the “most beautiful lake in the world” for it’s breathtaking views of three volcanoes. Perched on the shore of Lake Atitlán in the Guatemalan highlands is Casa Palopó, a former home-turned-boutique hotel offering a Labor Day weekend rate of $188 per night, which includes free airport transfers. Sign us up! Joshua Tree, California Before the busy autumn season sets in, take some time to fully immerse yourself in nature at Joshua Tree, part of the Greater Palm Springs region of California. It’s home to Joshua Tree National Park and some of the best stargazing in the state. Within the national park, lives Cholla Cactus Garden (don’t forget your camera for this trail of massive succulents), a multitude of various levels of hiking trails and lookouts like Keys View that offers panoramic views of the Coachella Valley. The average nightly rate for a hotel is under $200 with a variety of last-minute deals available on Hotel Tonight. Portland, Oregon Portland is a perfect summer getaway with plenty of water adventures available on the city’s rivers and affordable eats. The city is a veritable food truck heaven, with food truck pods popping up all over the city. For more stationary eats, check out Hey Love, a popular local joint with a fresh summer menu. A 90-minute day trip gives you access to Mt. Hood National Forest, the Columbia Gorge Scenic Area, Willamette Valley Wine Country and the Oregon Coast. Hotel Monaco Portland is a home base for your P-Town escapades, offering free perks like nightly socials with complimentary local beer and wine, and free bike rentals to cruise the cycle-friendly city. And good news, little Fido got an invite because pets stay free! Check out their hotel deals page for discounts of up to 25 percent off nightly rates. Read more: 7 Exceptional American Food Halls Nassau, Bahamas Sitting beachside with a piña colada in hand in the Bahamas sounds like the definition of vacation. So why not make it happen? Beach, swim, sleep, repeat is the motto at Breezes Bahamas, an all-inclusive resort located on the powdery, white sands of legendary Cable Beach. Guests can enjoy land and water activities ranging from rock-wall climbing, tennis, beach volleyball, kayaking and windsurfing, all of which include complimentary instruction and equipment. Breezes is offering a "Summer Savings" deal with rates as low as $140 per night for bookings until August 31st. The deal includes all meals, drinks, land and water sports, daily activities, and nightly entertainment. Cleveland, Ohio Located on the shore of Lake Erie, Cleveland is a warm-weather paradise with beaches galore and waterfalls and hiking trails twenty minutes outside the heart of downtown Cleveland at Cuyahoga Valley National Park. The charming lakefront town has a welcoming “come as you are” attitude and a walkable downtown area. The average hotel nightly rate is well under $200, and the city has a free trolley system throughout downtown. Other free activities include concerts, museums and more. Ljubljana, Slovenia The fairy tale–like country of Slovenia is an affordable under-the-radar destination for summer travel. Situated just 20-minutes away from Jože Pučnik Airport, the centrally located capital city of Ljubljana is the perfect place to start exploring Slovenia. In the summertime, quaint outdoor cafes, bustling food markets and lively festivals line the historic streets. From Ljubljana, most of Slovenia’s iconic sites can be reached in under an hour. Travelers can view the serene beauty of Lake Bled in the Julian Alps or experience Slovenian wine in the stunning vineyards. Cheers to that! 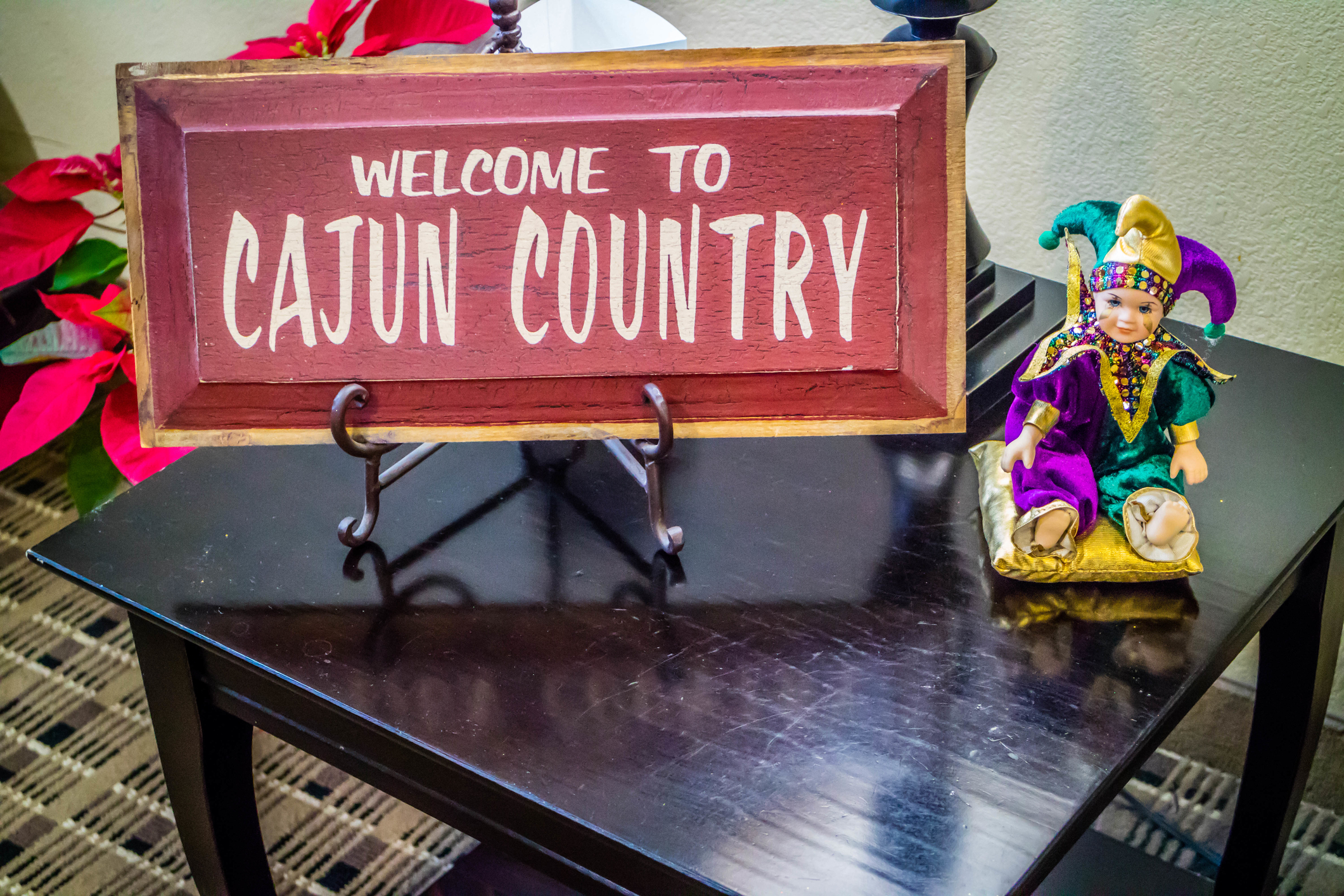 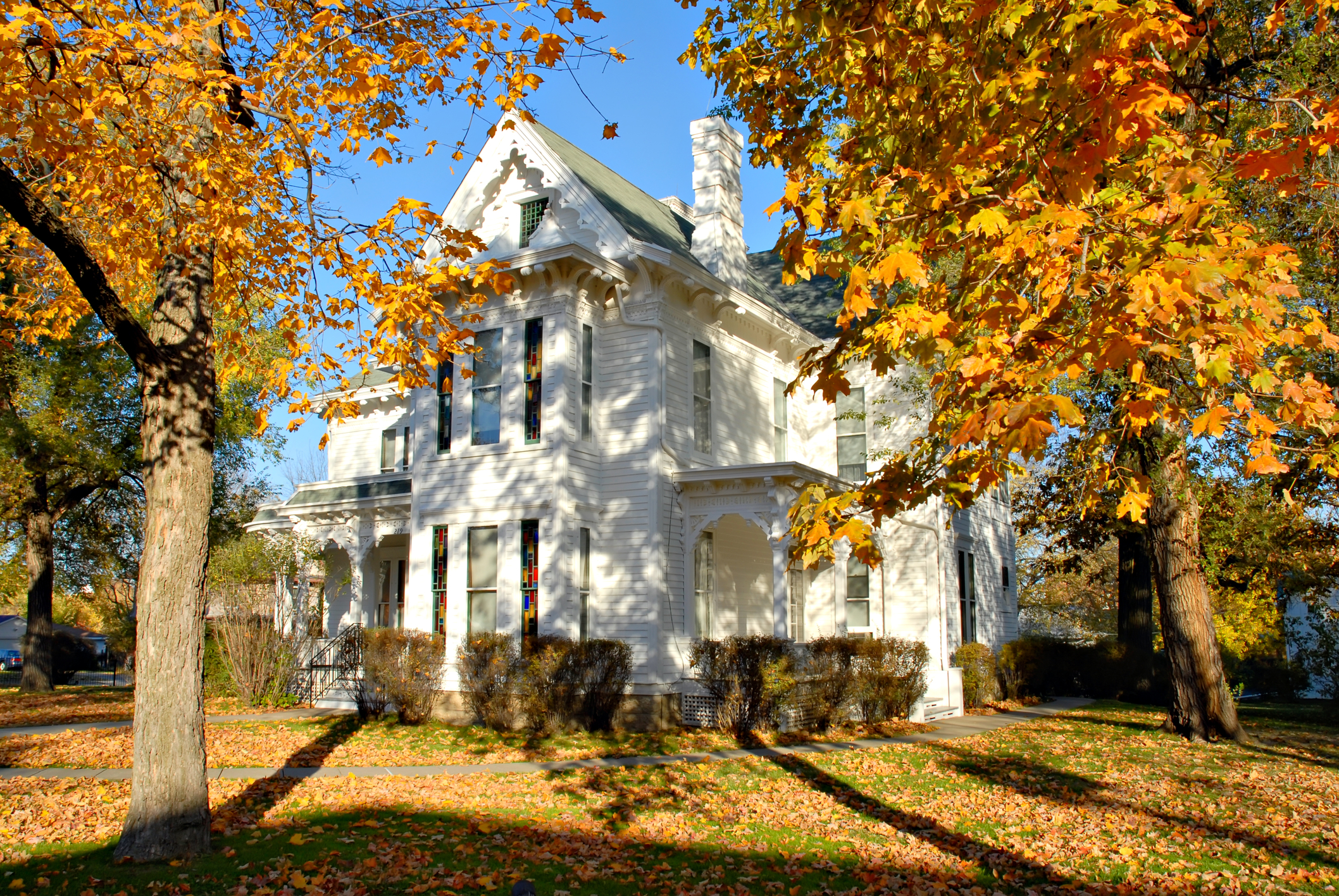