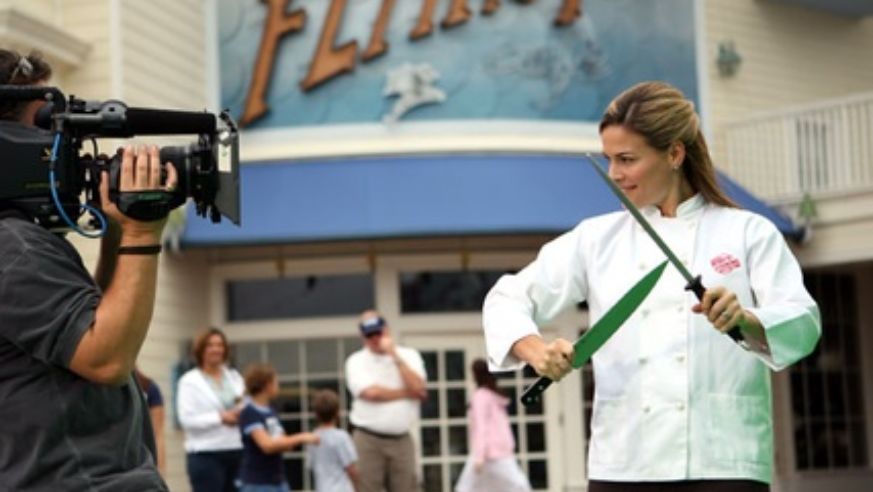 Walt Disney Parks and Resorts has recently announced the launch of a new slate of programming for 2008 for Disney Travel on Demand, its on-demand travel content available on two cable systems nationwide—Time Warner Cable and Cablevision.

Originally launched in 2007, Disney Travel on Demand adds three new programs, each an episodic series with a travel bent. One of them, What's Cooking With Cat Cora, is a cooking show hosted by the first female American Iron Chef, Cat Cora. In it, she helps take families into some of Disney's restaurants to provide tips on how to spice up their day-to-day dining options at home. We recently sat down with Cat to ask her about some of her travel experiences, in our latest installment of "Window or Aisle."

The real highlight of this partnership, though, is the interactive capability of the channel if you're a Cablevision digital cable subscriber.

Using your remote control, you can order a vacation planning DVD from the comfort of your own living room. If you're really revved up by what you're watching, you can use it to access the "Talk to Agent" feature to request a call back from a Disney Vacation Planner. Within minutes, a Disney representative will be on the phone with you to help you book your next trip.

I don't have Cablevision where I live, so I haven't had the chance to try it. But if this technology takes off—according to numbers released by Disney, 23 percent of subscribers who used the "Talk to Agent" feature actually booked a vacation—it could certainly open some interesting possibilities in the future. Don't be surprised to see it spread to other cable carriers, or even other networks. Imagine watching a special on Hawaii on the Travel Channel and being able to book a trip to what you're seeing…without getting up off your couch.