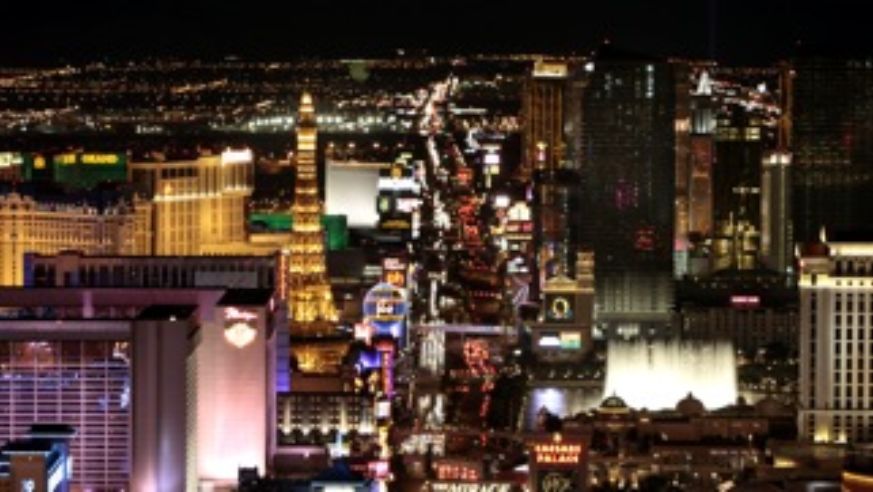 Las Vegas is so many different things to so many different people. It can be a gambler's Eden, the ultimate family getaway, or a party-goer's paradise. Whatever Vegas is to its hoards of visitors, it's nothing if not constantly reinventing itself.

And now, one of its original hotels is reinventing itself too. The Flamingo Las Vegas is working on refurbishing 2,307 hotel rooms into what the hotel is calling "stylish and contemporary accommodations."

The ambitious revamp brings to bare how the Vegas of yore compares to today's newer, bigger, seemingly flashier Vegas. But is it a better Vegas?

The Flamingo Hotel opened in 1946, during a decade when some of the very first hotels and casinos were laying their foundation in the desert town. And while it may seem like there is unstoppable hotel development in Vegas today, back then sometimes as many as two or three hotels were opening in a given year.

In 1964, The Beatles arrived on The Strip and played two sold-out shows at the city's convention center. Vegas was making its name as a city of indulgence, indulgence in gambling, in blockbuster performers. And of course, a seedier side of the city was also emerging alongside all the glitz and glamour.

For those who still cherish that bygone Sin City and the heritage properties that helped establish it, the first 500 rooms of the Flamingo refurbishment will be available starting Jan. 2, and all of the rooms will be finished by late 2012, under the leadership of Las Vegas-based firm, Westar Architects.

"Flamingo has established itself as a one of the Strip's original resorts with a classic nostalgia reminiscent of vintage Las Vegas," said Rick Mazer, president of Flamingo Las Vegas.

But with newer and newer kids on the block, like The Cosmopolitan, which is turning one year old this month, it’s getting harder for the older properties to keep up. But they have one thing the new resorts will never have — history.

12 Things You Didn't Know About Vegas