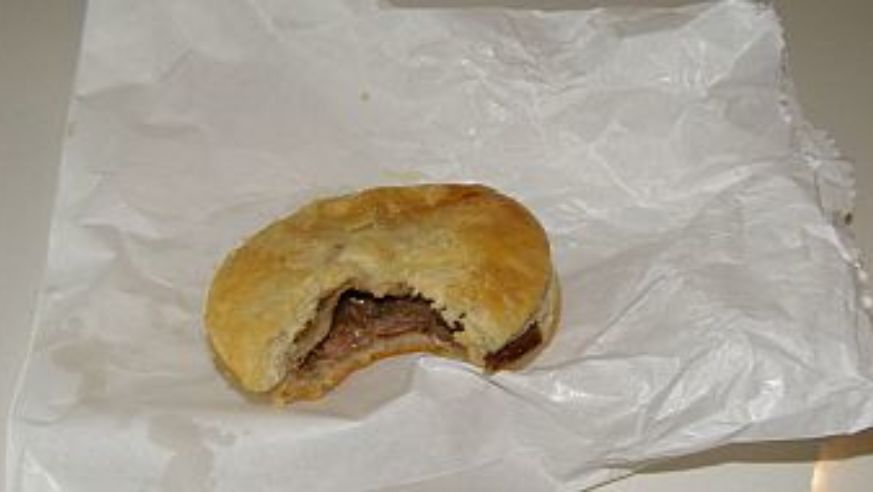 While my friends and family were enjoying turkey in the US, this year over Thanksgiving I found myself on assignment in Queensland, Australia.

In lieu of an American-style meal, I decided to search out local cheap eats. This didn't mean skipping calories, but did bring tasty treats — including Vegemite, bugs, meat pies and fish & chips.

Vegemite, a dark brown, vitamin B-rich yeast paste, often spread on toast, was something I didn't like when I first tried it in the UK. But it turns out an Australian version, made by Kraft since 1923, is more subtle — and to me, more appealing.

I learned from a local while traveling through the bio-rich UNESCO World Heritage-listed Daintree Rainforest (where among the notable creatures is crocodiles) that I had been eating Vegemite wrong. A very small amount of the salty paste (it tastes a bit like soy sauce) should be spread after you butter your toast, he advised, noting most people who don't know better use too much. It wasn't half bad.

Having conquered that, I moved on to "bugs" — a type of prawn. No problem there, I like shrimp. You can wash the bugs down with a glass of Australian wine — maybe a Riesling from the Victoria "Ladies Who Shoot Their Lunch" label, if you want to splurge.

Fish & chips was a no brainer, and I had a wonderful, crispy example for only $12 at the RSL (The Returned & Services League), the equivalent of the VFW in Cooktown. The northern Queensland town is most famous as the place where Captain James Cook had to beach the Endeavour for repairs in 1770 — there's even an annual reenactment.

Also in Cooktown, a pal and I enjoyed a surprisingly good Italian pizza ($18) at the aptly named The Italian Restaurant.

Meat pies are a personal favorite and no one does them better than the Aussies. When I arrived in the beach town of Port Douglas, I started asking where to get "a pie."

I was directed to Mocka's, a fixture for some 40 years. Current owner Nigel Quinn had just officially opened shop for the day and was putting a tray of the savory pies in his display case when I walked in around 9 a.m.

The scent of buttery piecrust and steak — the most popular filling — had me salivating. I had already had my Vegemite and toast for brekkie (Aussie for breakfast) but made room for a steak pie ($4.95) anyway.

For the uninitiated, meat pies have both a bottom and top crust for easy eating by hand. Inside is meat and gravy that oozes slightly when you take a bite. It's decadent deliciousness — and nothing like the frozen chicken pot pies at home.

Later, in the seaside city of Cairns, gateway to the Great Barrier Reef, the meat and piecrust scent lured me into the newly opened Pie Face.

The 24-hour pie shop is part of a chain of more than 60 stores, that was founded in Sydney by two fashion designers in 2003 – yes, apparently even those in the fashion industry eat the national dish, calorie-laden as it is.

For $5.45, I grabbed a Thai chicken pie with just a touch of spice and ate every bit (they also do steak and a bunch of other varieties including a breakfast pie with bacon, eggs and cheese).

Fortunately, Pie Face is soon to come closer to home. Next month an outlet is set to open on Broadway and West 53rd in New York, right near the Ed Sullivan Theater, home to the "Late Show with David Letterman."