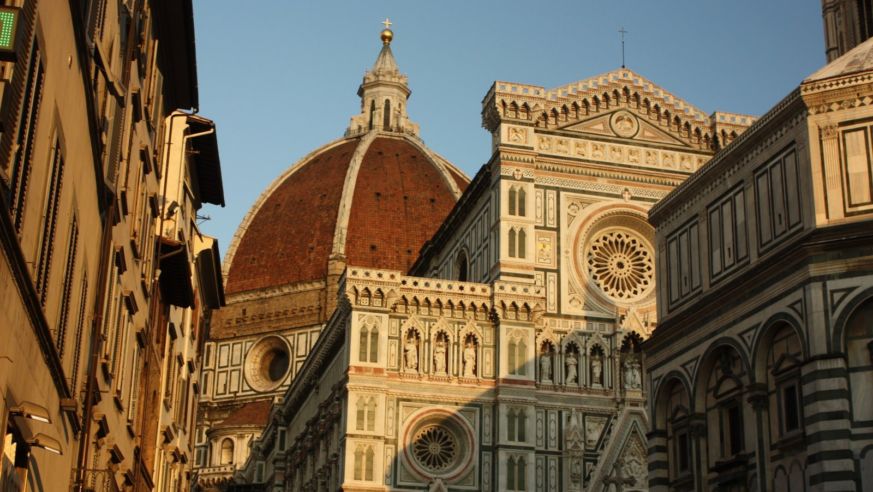 These friendly, reliable, and supremely delicious restaurants will welcome you as if you were one of the locals who have been in the know for years. Here, the first in our Eat Your Way Across Italy series.

Yep, the guidebooks are packed with restaurant recommendations. And when it comes to traveling in Italy, it's possible to find a lovely meal almost anywhere—from posh hotel dining rooms to tables in a piazza to holes in the wall whose, um, ambience leaves something to be desired. But we especially love the spots where Italians themselves are willing to wait in line for a meal—often off the radar of most visitors. In tourist-trampled Florence, a locals-only secret can be worth its weight in bistecca, so we picked that gorgeous Tuscan gem for the first installment in our Eat Your Way Across Italy series.

My favorite expert on all things edible in Italy is Elizabeth Minchilli, author of the bestselling blogs Eat Florence, Eat Rome, and Eat Venice, and of the blog ElizabethMinchilliinRome.com). Here, Minchilli's take on five standout Florentine foodie magnets you must try on your next trip. (And for each restaurant, we've pointed out one or two nearby attractions you shouldn't miss while you're in the neighborhood!)

Quite possibly the best restaurant in Florence!

"This is everyone's favorite restaurant in Florence for good reason," says Minchilli. The place has been in business since 1869, which technically makes it older than the nation of Italy itself (the Risorgimento, or unification of Italy, was not complete until 1871), and it has kept its food consistently peerless for decades. "Order one of the massive bistecca alla fiorentina, cooked over an ancient wood-burning stove in the back," says Minchilli. She also suggests you not miss out on the light-as-air artichoke tart—"a miraculous combination of eggs, artichokes, and manual dexterity found nowhere else."

Santa Maria Novella (Piazza Santa Maria Novella), one of Florence's most beautiful churches, featuring a number of important works of art, including a nativity scene by Botticelli, a crucifix by Brunelleschi, and a Madonna by Vasari (who was also the architect for the church's renovation in the mid-16th century). 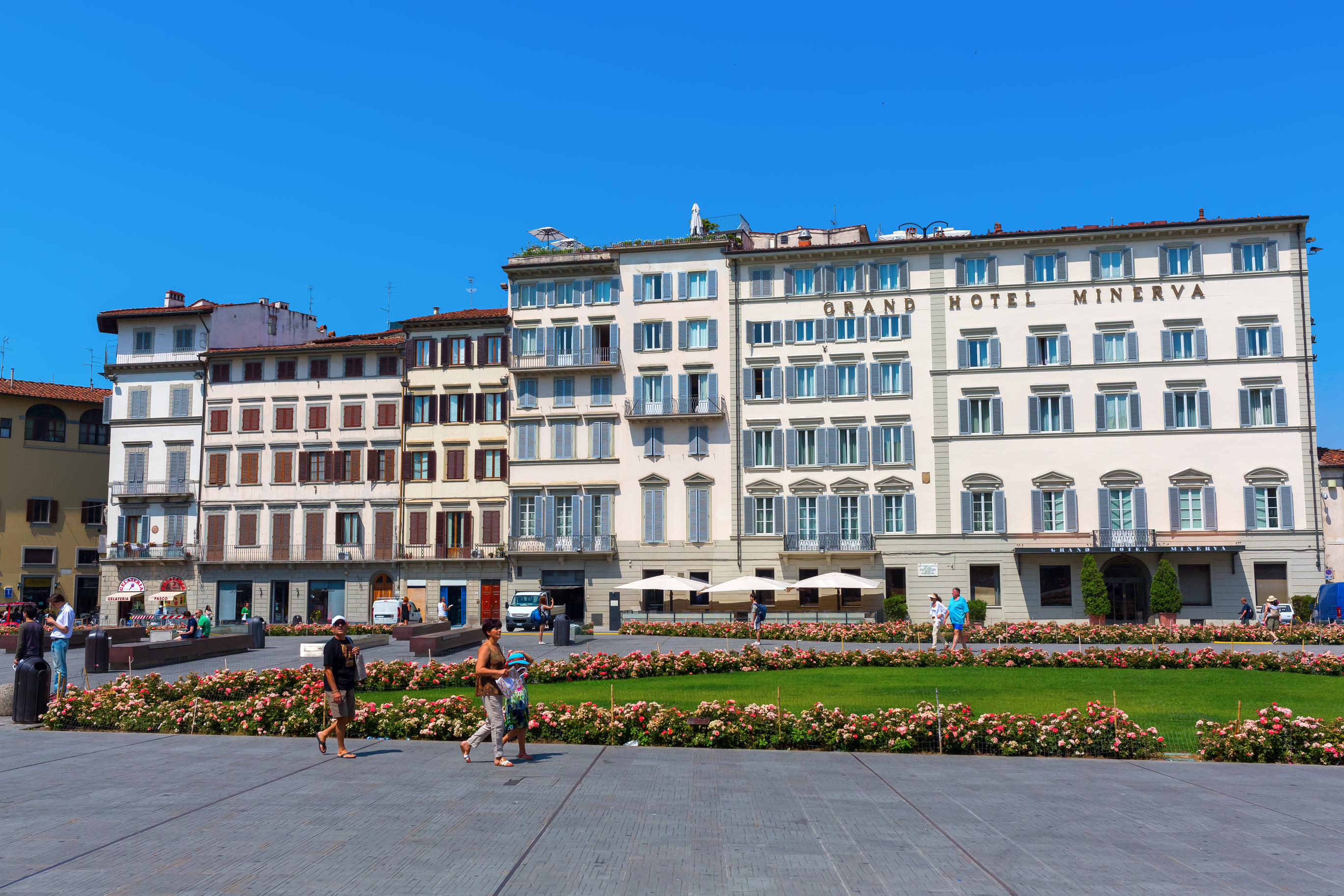 The go-to for grab-and-go panini

Maybe you've heard that Florence is in the midst of a Panini Renaissance? "Alessandro Frasscia of 'Ino is leading the charge," says Minchilli. What's his secret? "First of all, top-notch ingredients like prosciutto di San Daniele, Robiola from Piedmonte, and cherry tomatoes from Sicily. He also special-orders the ciabatte and pane toscano." And the cook leaves plenty of room for creativity on the menu—the specials of the day are written on a chalkboard that keeps locals returning to the tiny panini joint day after day.

'Ino happens to be right between the imposing Palazzo Vecchio (Piazza della Signoria) and the worth-it tourist magnet Ponte Vecchio, which beckons visitors ready for a hand-in-hand stroll across the Arno—and a photo op. (In a city as old as Florence, it's hard not to find attractions nicknamed vecchio, or "old.")

Sure, it may look like a food court, but the similarity ends there

There's nothing more local than visiting the bustling Mercato Centrale and bellying up to the counter at Nerbone to peruse the delights on display. "Steaming pans full of zuppa di fagioli (bean soup), peposo (stew), pastas, and vegetables change daily," says Minchilli. If you're in the mood for a mind-blowing sandwich, hit the other end of the counter, where you'll find tripe and porchetta waiting to be stuffed into crusty bread. "Fridays are fun, because seafood shows up on the menu in the form of bacala and squid," Minchilli suggests. It may be the highest quality casual dining you've ever experienced. "Help yourself to a tray and then point and pay. You can eat at one of the tables that line the wall."

The Medici Chapel (Piazza di Madonna degli Aldobrandini, 6) was designed by Michelangelo in the 1520s and holds two of his most revered sculptures, known as "Night and Day" and "Dawn and Dusk." The Medici family, of course, used their staggering personal fortune to commission the finest Florentine artist of their time to design a shrine to—who else?—themselves.

Packed and noisy—because people can't get enough of its bistecca

Okay, this eatery isn't exactly a secret—you'll likely have to wait for a seat, and you'll be packed in there with plenty of other folks who've heard of this place. Tables are so close together even a New Yorker may yearn for elbow room, and lines can be long. But there's a good explanation for why we keep filling the tables at Mario's. "People put up with it for one good reason: the food," says Minchilli. What to order? "Mario's has one of the best bistecca alla fiorentina's in town."

Accademia Gallery (Via Ricasoli, 66). Two words: Michelangelo's "David." And on the same street, drop by...

Ready for some of the best gelato in a gelato-crazed town? Head for the Sicilian gelato shop Carabé after any meal—or when you feel like treating yourself to the ultimate sweet treat between museum visits. "They are at their best playing with Sicily's traditional ingredients, like almonds from Noto and pistachios from Bronte," says Minchilli. One of their specialties is a riff on Neopolitan ricotta cake (pastiera), traditionally made for Easter. Here, the cheesecake concept morphs into a rich, creamy ricotta-based scoop that's studded with chunks of candied orange peel and citron. "They are also very well-known for their granitas—no surprise there!—and many die-hard southern Italians stop by for their breakfast granita made from almonds, black mulberries, or lemons." 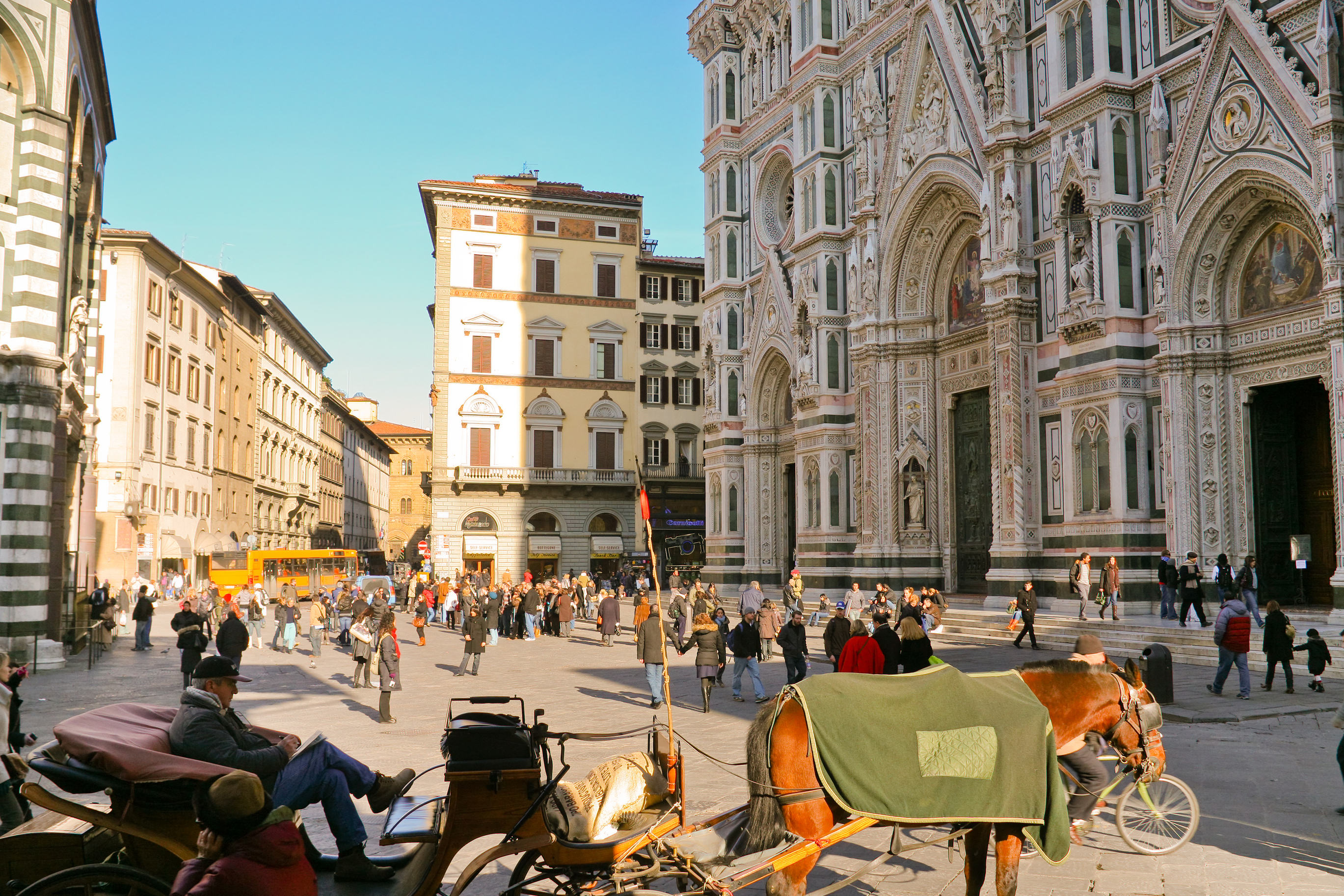 Stroll south on Via Ricasoli with your gelato and head for the big dome—the iconic church of Santa Maria del Fiore, which, of course, everybody just calls "the Duomo," and its accompanying tower, baptistery, and museum.