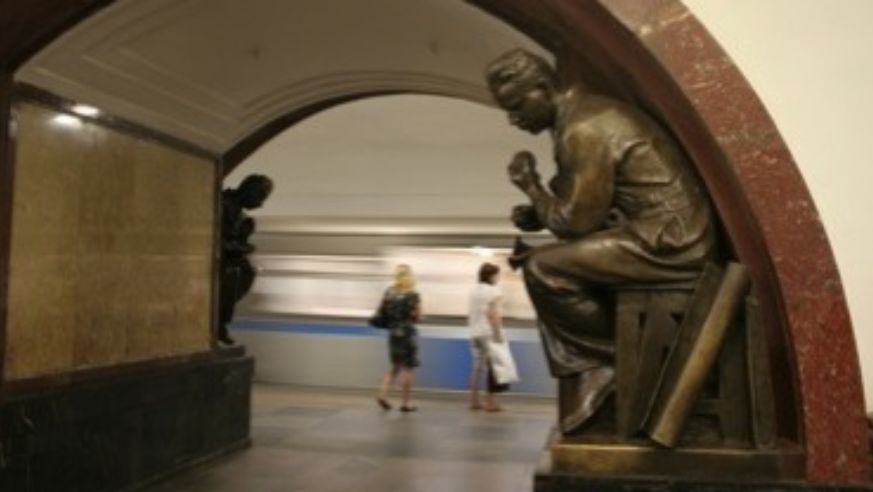 Moscow is a city that carries with it a whole host of associations — some good (soaring ballerinas at the Bolshoi, anyone?), some not so good (brutish oligarchs with flashy cars, maybe?), some merited, and some not.

The tourism industry that works to bring travelers to and through the city is aware of its perception and is addressing these "myths" systematically in order to improve both the way Moscow is perceived and the actually tourism experience on the ground, according to Sergey Shpilko, chairman of the committee on tourism and the hotel industry in Moscow, whom I met with while visiting the Russian capital last month.

Myth #1) Moscow is not safe. According to Shpilko, there were only 24 criminal reports filed by tourists in Moscow in 2010, and 39 filed in 2009. And while he admitted that the bombing at the Domodedovo airport in Moscow earlier this year in which dozens were killed raised concerns about the city's safety, he is hoping to get the word out about the other — safer — side of Moscow. Indeed, while visiting the city, often times wandering completely on my own, I never felt unsafe and the threat of Chechen rebels remained deep in the back of my mind, rarely surfacing. As for my personal safety, I just kept my bag zipped up and my tourist map folded up, and never felt uncomfortable. It's a big city, it's easy to blend.

Myth #2) Moscow is expensive. Okay, now this is where Shpilko and I are going to have to agree to disagree a bit. He cited information that the average cost of a business-level hotel room in 2010 was 6,664 Russian rubles or about $230 (that's not really that inexpensive). He also noted that there are mainstream and budget operators that offer all-inclusive tours with $100 per diems. Okay, that's a little cheaper. But generally speaking, I didn't find Moscow or Russia in general to be cheap. It might not be as expensive as Western Europe or the United Kingdom where the currency exchange rates put the dollar at a disadvantage, but prices were often on par with New York.

Myth #3) There's nothing to see in Moscow but the Kremlin or the Bolshoi Theatre. Shpilko said this was a myth about Moscow, and I don't know if people actually think this or not, but it probably goes without saying that this is far from true. The city is teeming with museums and galleries (new and old), churches and monasteries, and theatre and performance venues, not to mention endless shopping options and a whole host of hip bars and restaurants (check out the Red October or Krasny Oktyabr island across from the Kremlin). One could easily spend four or five days in Moscow without getting bored.

Myth #4) Moscow is the economic capital of Russia and St. Petersburg is the cultural capital. This kind of goes with Myth #3, but this was something I was actually told by several people who had been to Russia and that I pretty much disagree with wholeheartedly. Well, yes, Moscow is the political and economic hub of the country, and yes, St. Petersburg is incredibly charming and full of cultural institutions and happenings. But, Moscow has its own charms and cultural offerings. And what's with people thinking Moscow is one big, ugly business center? I didn't get that at all. It's big, but the city is on par architecturally and culturally with many major European cities. At least in my opinion.

Myth #5) Moscow's traffic is horrendous. This is no myth. Shpilko admitted it, I experienced it. There's no getting around it. According to Shpilko, plans are in place to address the issue, especially in the lead-up to the 2014 Winter Olympics in Sochi, Russia and the 2018 FIFA World Cup in Russia. On the plus side, I got around very easily and with much delight on Moscow's metro system, which in addition to being efficient and clean, is home to numerous unbelievably beautiful stations (they put New York's subway stops to shame) worthy of touring as much for their design and decoration as a means to bypassing said nasty traffic.