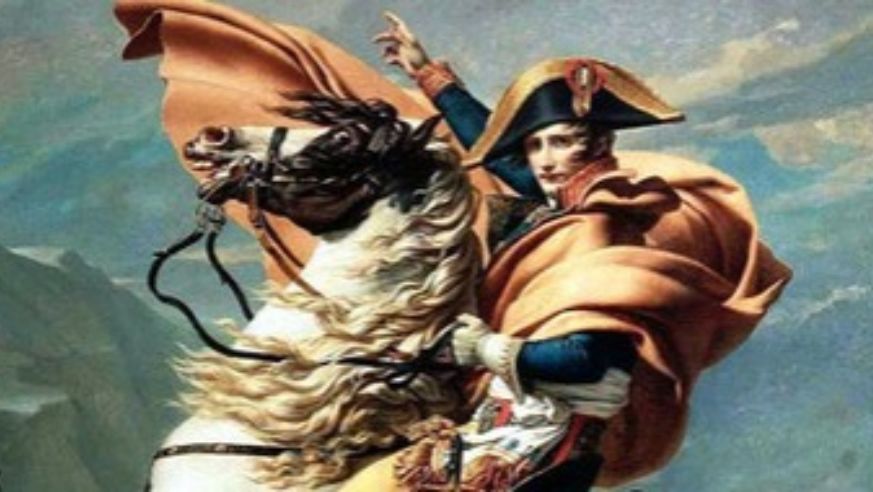 Courtesy Joaquin Martínez Rosado/Flickr
Detail image of a copy of the famous Jacques-Louis David portrait of Napoleon crossing the Alps. An original hangs at the Louvre.

A Napoleon Bonaparte-themed amusement park may be built at a location slightly south of Paris. The theme park, nicknamed Napoleonland, is set to cost about $280 million—'Mon Dieu!'—and vie with Disneyland Paris in size.

Details on the project will be officially announced next month. Russian and Middle Eastern investors are interested, and the project has backing from state officials and Atout France, a tourism promotion organization.

Attractions are still being decided, but there's talk of a museum saluting the life of the famous revolutionary turned emperor. Surprisingly, France has no national Napoleon museum, even though is he arguably the country's most famous figure in three centuries.

It's possible that the park will hold costumed re-enactments of one of general's famous battles, such as Waterloo or Trafalgar, in the style of a Renaissance Fair. More fancifully, there is talk of simulations of major events in the life of Napoleon, such as the guillotining of France's last king, Louis XVI.

Yves Jégo, mayor of Montereau, has blogged that he hopes the park will be opened by 2017 at a location about 45 miles from Disneyland and a one-hour drive south of Paris.

The story was first reported in English by The Economist. The Times of London dug up additional details this morning.

Once comedian David Letterman hears about it, he's sure to have some fun with this idea. Can you hear it already: "Top Ten Things to do at Napoleonland: Number 10: Lose your arm from untreated bullet wounds...."

More seriously, France wants to retain its status as the world's most touristed nation by dominating the market in historical attractions and war memorials. In November, it opened the Museum of the Great War in Meaux, one of a series of new historically-themed attractions.

Anyway, what do you think? Would you go to Napoleonland? Or do you think it will be a "cultural Chernobyl." Sound off in the comments!