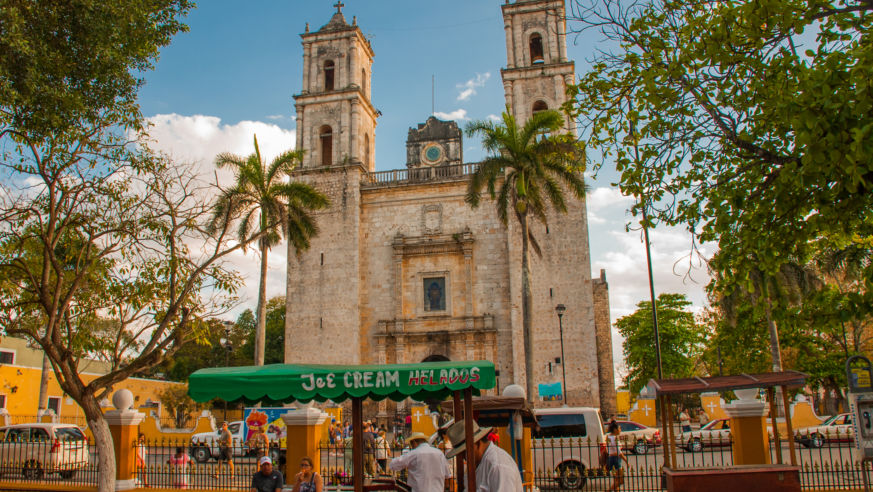 From stellar street eats to sophisticated fine dining, Mexico City's food scene has something for everyone.

With dining options running the gamut from lowbrow to high, one star to five, the city formerly known as Distrito Federal has long been a mecca for foodies, and today, it’s better than ever. (The DF rebranded in 2016, and now it’s officially called Ciudad de México, though the original nickname still sticks.) Here are five things to look for on your next sojourn to the south, from sweet to spicy and everything in between. 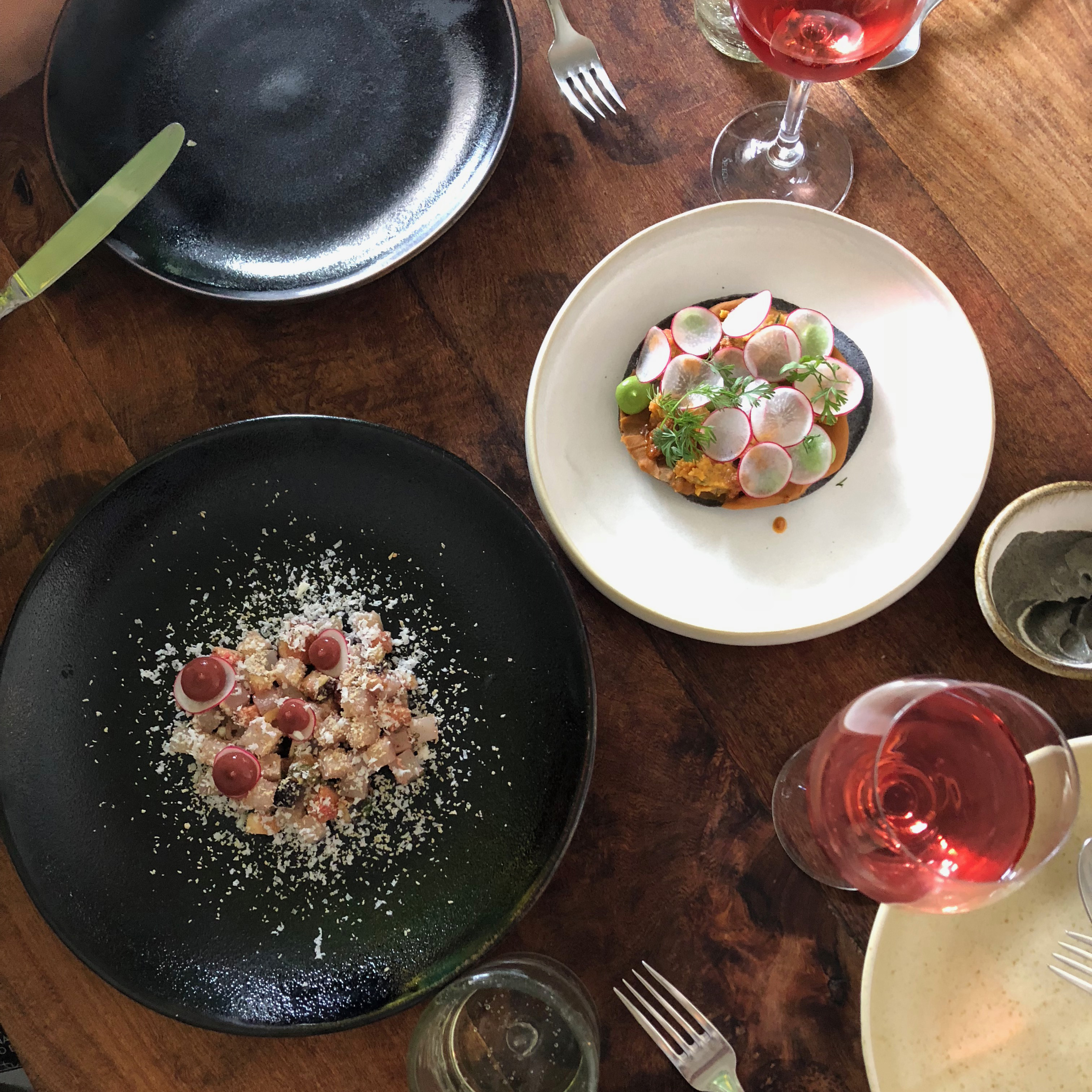 Mexico City’s food scene went upscale some time ago, and it’s still going strong, with creative, multi-course tasting menus (a taco omakase, anyone?) at prices that would be a steal in most other major metropolises. To sample the high-end wares in a low-key setting, book a table at Máximo Bistrot, where chef Eduardo García has been turning out European-accented Mexican fare on a shady, tree-lined corner in Roma since 2011. A late, leisurely lunch is the move here; order a bottle of domestic rosé (the Adobe Guadalupe is a popular pick) and get ready for some of the best bites in town. The octopus ceviche is a standout, with tender slices of cephalopod in a deep pool of homemade Clamato spiked with lemon juice, cilantro, and serranos, and the sea-urchin tostada is something special, the bright-orange uni cooked with garlic, onions and tomatoes, paired with black-bean and avocado purées, crunchy radishes, and a dried-chile and peanut salsa, and served atop a crisp blue-corn tostada. The seasonal, locally sourced menu changes daily, and everything looks as good as it tastes, all beautifully plated on fair-trade serveware from artisans in and around Mexico City. For the ultimate sophisticated Saturday, spend the morning museum-going or gallery-hopping, then fortify yourself with a midday meal at Máximo. 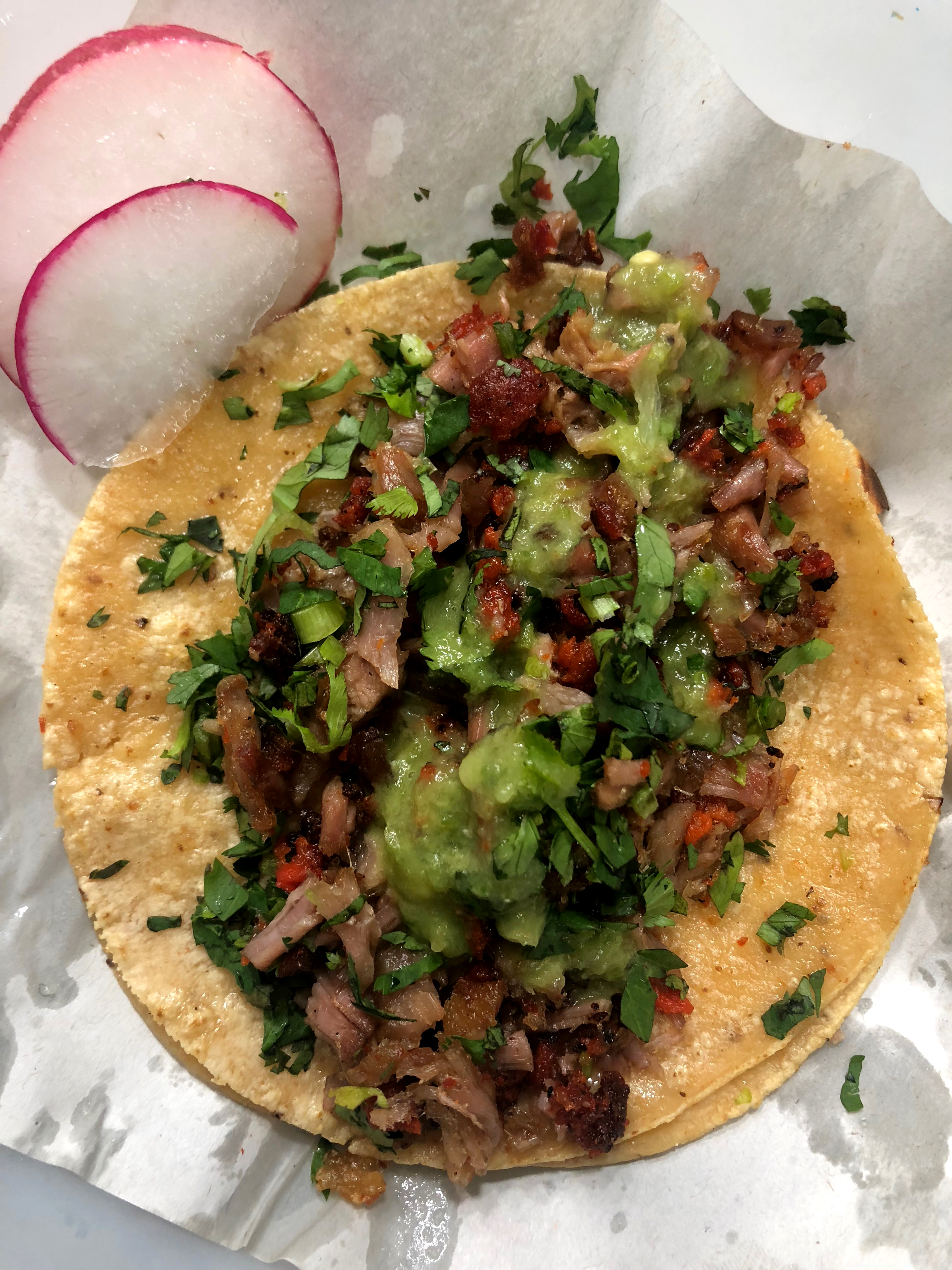 You can’t throw a stick without hitting a taco joint in the DF, and it’s safe to say that unless you live in one of the few U.S. locales that knows how to do tacos right, the quality here is way better than what you’ll find north of the border. Each is served atop doubled-up pint-sized tortillas, an abundance of meaty fillings to choose from, and fresh cilantro and finely chopped onion scattered on top—and that’s not to mention the array of accoutrements available. If you’re in the Centro, you can’t go wrong with the suadero (brisket), lengua (tongue), or campechano (mixed meat) tacos from Los Cocuyos, a hole-in-the-wall spot that keeps a giant pan of assorted sausages and hunks of meat on a permanent simmer, just waiting for the orders to roll in. Customize yours with pico de gallo, salsas verde or rojo, radish slices, and lime wedges, then head outside and eat hunched over a paper plate with grease streaming through your fingers. 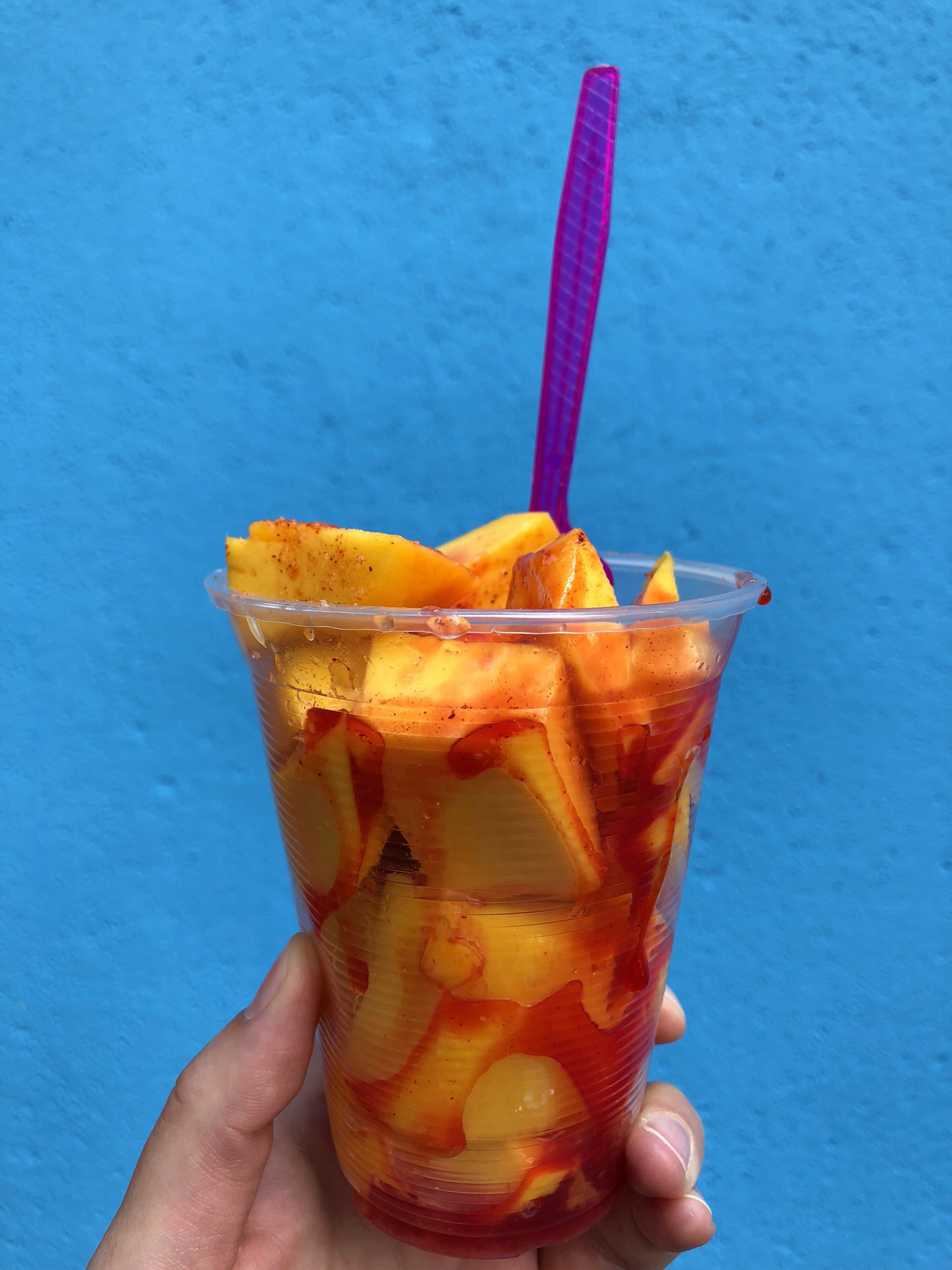 Mango with hot sauce and lime, from a vendor outside of Frida Kahlo's Casa Azul. (Maya Stanton)

Those with sensitive hypochondriac tendencies might opt out of street food, but for people with tough stomachs and curious palettes, there’s all kinds of good stuff on offer. From overstuffed gorditas to market-stand ceviches to tacos upon tacos upon tacos, Mexico City is awash with open-air vendors hawking pretty much everything imaginable. Don’t leave without trying the fresh-cut mango: Peeled, chopped, sprinkled with sugar, and doused with lime juice and hot sauce, it's incredibly refreshing on a hot sunny day. 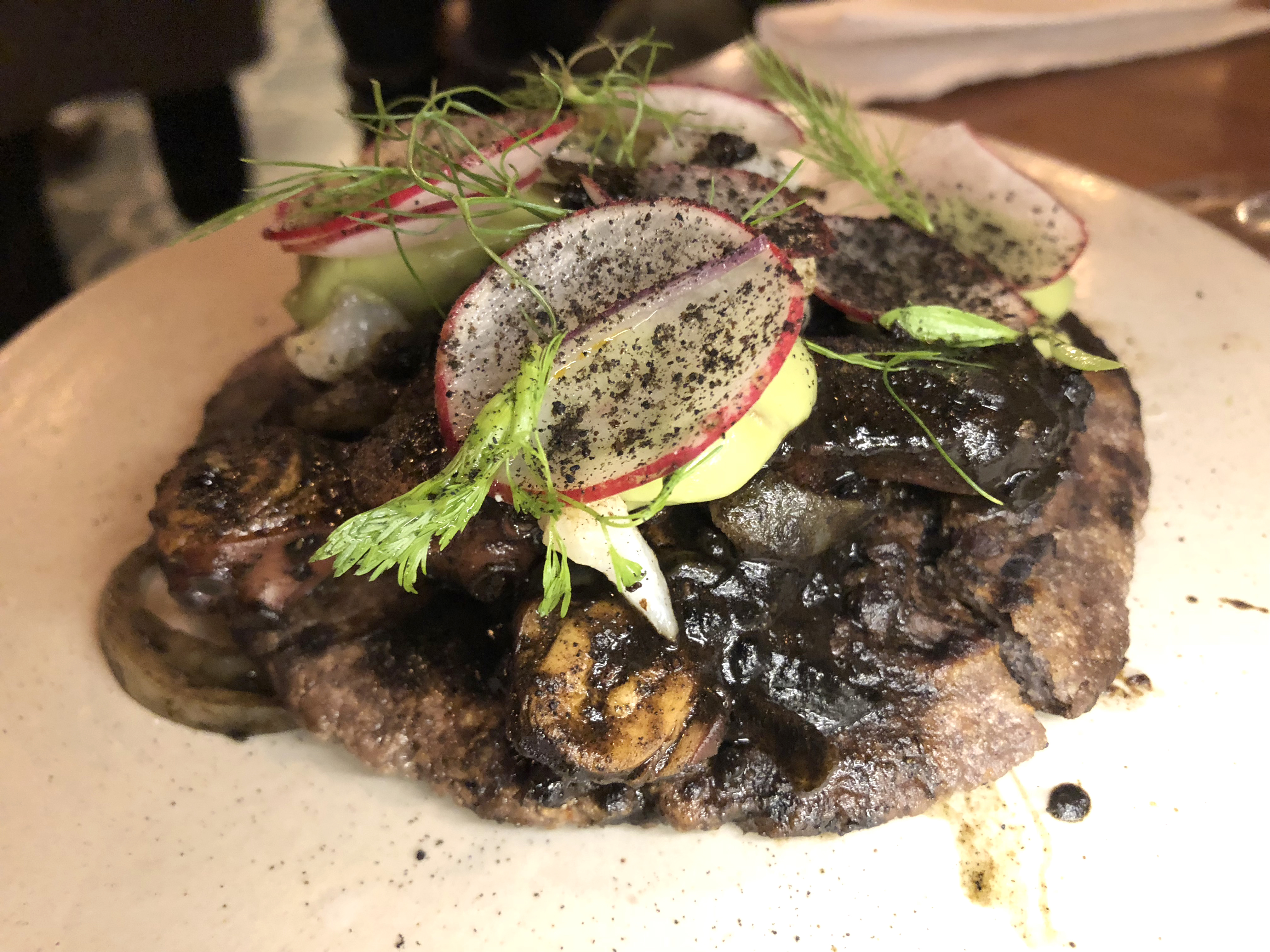 The corn-based dough known as masa serves as the basis for Mexican staples of all kinds, from tortillas and banana leaf–wrapped tamales to sopes (small fried pucks crowned with assorted meat and vegetables) and huaraches (flat shoe-shaped patties covered with refried beans and other garnishes). Memelas, slightly thicker than a tortilla but thinner than a sope, are a mesa’s close cousin. You’ll find an excellent, upmarket take at Fonda Fina in Roma Norte, where the corn cake is topped with penny-sized slices of octopus, knobs of roasted cauliflower, and little bits of pressed pork, then drenched in squid ink and dusted with ground chicatana ants. It’s hardly a pretty dish, but what it lacks in beauty, it more than makes up for in flavor. Well-executed menu aside, the restaurant gets bonus points for serving dinner on Sunday, a rarity in this town. Just be sure to get there early, as the kitchen closes at 7:00 p.m. 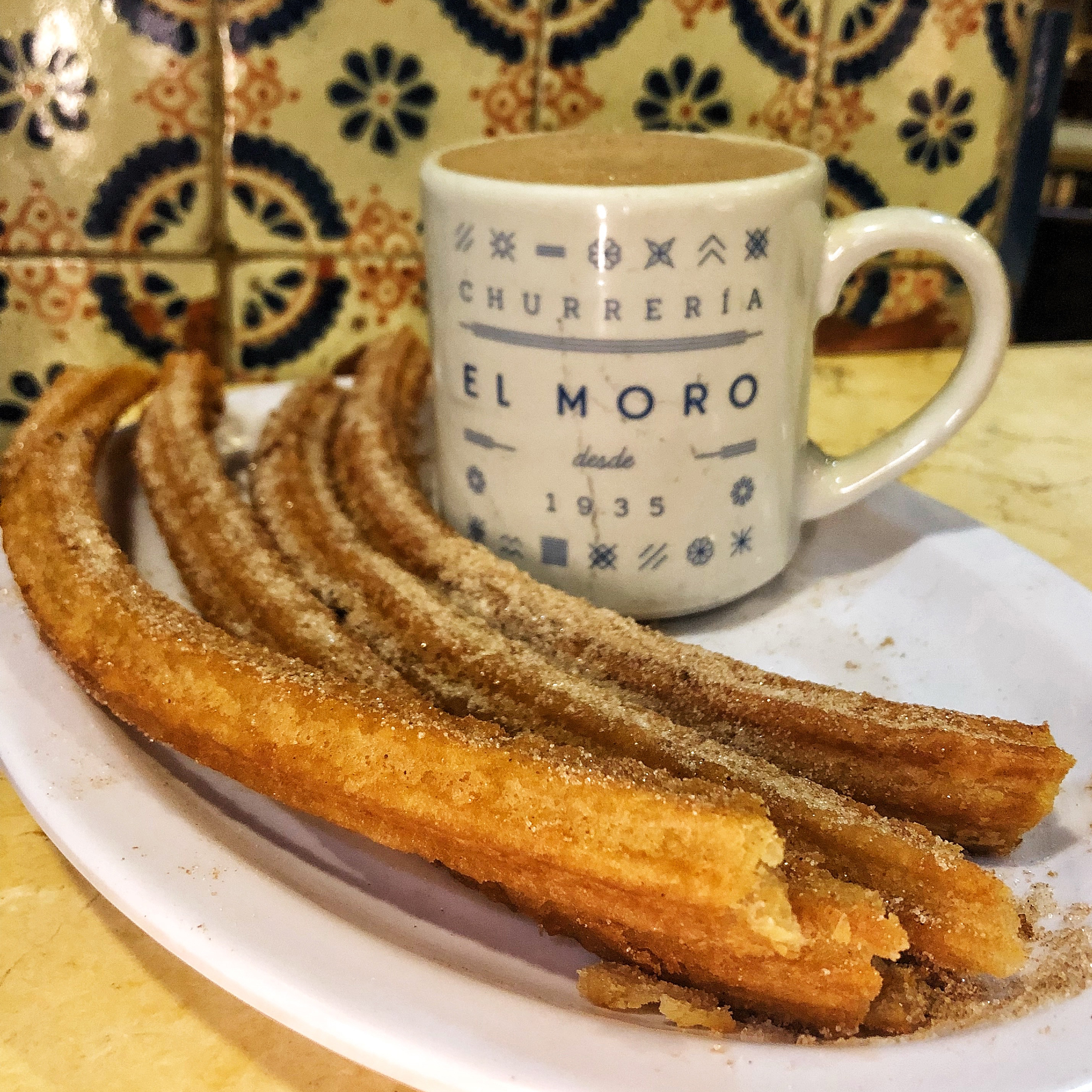 An order of churros from Churrería El Moro. (Maya Stanton)

A visit to Mexico City isn’t complete without a stop for churros, those deep-fried, cruller-like delights, and lucky for night owls, local mini-chain Churrería El Moro’s flagship Centro spot is open 24 hours. Watch the workers behind the counter wrangle unruly coils of piped dough into a bubbling trough of hot oil and try to wait patiently for your order to arrive, fresh out of the fryer and dusted with cinnamon and sugar, a cup of dipping chocolate on the side. At just $1 for four, and 35 cents or so for the chocolate, they’re a satisfying, easily shared, budget-friendly snack.