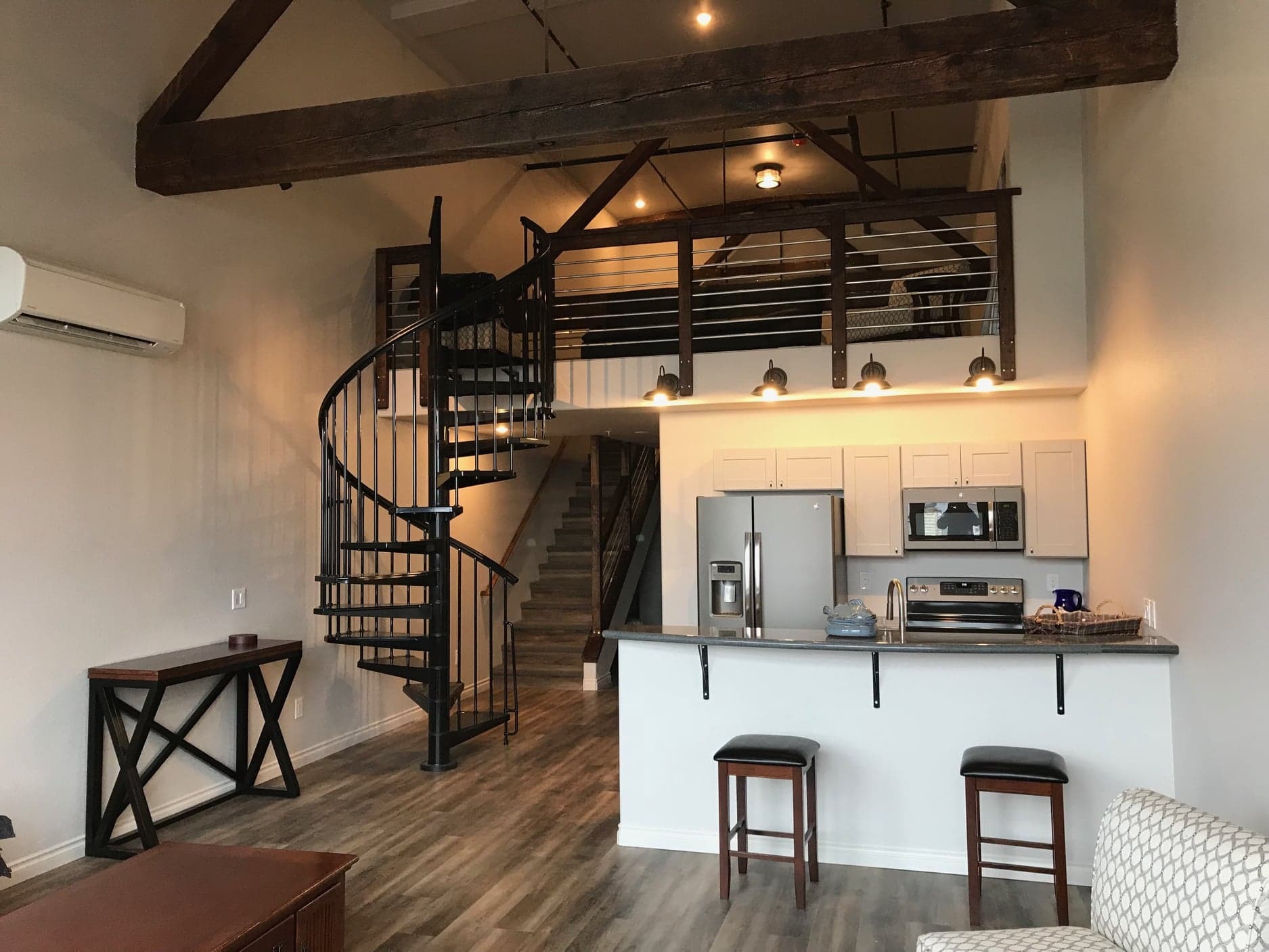 About 1.5 million passengers come through Juneau’s cruise port each year, and while the compact, scenic seaside town is a stopover for many, it’s also an excellent destination for a longer stay, what with its vibrant dining and brewing scene, proximity to natural wonders and hiking (there’s over 250 miles of trails and only 42 miles of road in town), and all kinds of interesting historic remains of the booming Gold Rush era. One of those holdovers is the Hellenthal Building smack in the middle of downtown. It opened as a hotel in the summer of 2018 after extensive renovations and it's an affordable, comfortable and convenient lodging option if you plan to visit this scenic Alaskan capital city.

The building was constructed in 1916 by J.A. Hellenthal, a lawyer for a big mining company. It started out as offices then became a bank. An Art Deco-style theater was housed in an adjacent space. But the theater closed in 1971 after the building fell into disrepair. Christine Hess and Dale Whitney, who took a “left turn” from their legal careers, bought the rundown property in 2016 and after two years of planning and giving the space a complete overhaul, the boutique hotel opened in June 2018 with six airy, contemporary loft spaces, each individually designed and decorated with shrewd minimalism. The renovation, much of which Christine and Dale did themselves, preserves the building's infrastructure. Particularly impressive are the three wood beams, each made from a single Juneau-grown tree, that run across the length of the structure under the roof. They discovered this architectural marvel only after they ripped out the attic. Chris and her 80-year-old mother sanded and stained them themselves.

Most units sleep six people, but the biggest, one of the lofts, features a queen bed, a pullout queen, and futon queen bed and can accommodate eight. Each of the units has an open floor plan, spacious closets, a washer and dryer, flat-screen televisions, and free wifi. They're all also equipped with a full-size kitchen complete with modern appliances, a roomy fridge, and all the cookware, flatware, and dishes you could hope for, so if you're on a budget, stocking up on food and having a few meals in would be a good idea. Just take note: grocery shopping requires a cab trip, as there are no markets within walking distance.

Three words: location, location, location. The building is smack in the middle of the bustling downtown, which is very compact. Restaurants, bars, galleries, a bookstore, and gift shops--not to mention the ocean--are virtually all right outside.

There is not an affiliated eatery within the hotel, but Devil's Club Brewing Company is located next door in an adjoining space formerly occupied by the theater, so it's close enough. The lively brewpub with communal tables serves creative beers and pub grub with a global twist. Chris and Dale created a curated guide of their favorite nearby restaurants and bars with snapshot descriptions of each that they leave in each room alongside with a variety of Alaska-themed books. Consider it their personal recommendations.

The Hellenthal Lofts can be booked through Airbnb or by calling the hotel's office directly. It's self-check-in, though sometimes Chris and Dale will be there to welcome guests. When you’re planning a vacation, an inspiring view out your hotel window is often high on your list. Well, it turns out there are some lodgings around the U.S. and beyond where that view is extremely inspiring, not to mention extremely high - like, in the treetops. Here, three of our favorite treehouse vacations—all for well under $200/night. 1. BLUE RIDGE TREEHOUSE, BLUE RIDGE, GA As if Blue Ridge, Georgia, weren’t beautiful enough, the Blue Ridge TreeHouse, located at Bear Claw Vineyards, delivers breathtaking views year-round. And autumn may be the best time of all to soak up those gorgeous colors. You’ll stay in a real treehouse - tree trunks are part of the interior design! - and enjoy visiting the vineyards, the nearby cool town of Blue Ridge, and those endless northern Georgia mountain views. (blueridgetreehouse.com) 2. TREEBONES RESORT, BIG SUR, CA Perched high above cliffs overlooking the Pacific Ocean at Big Sur, California, Treebones Resort, on Highway 1 (which is now completely reopened) offers an array of elevated structures that deliver views of the sea and the stars you’ll never forget. The Human Nest (just what it sounds like) literally gets you up into the trees, and you have to bring your own sleeping bag and, when needed, rain gear. Cushier options include yurts (essentially comfy tents with hotel-style furnishings inside). The property also offers cozy indoor amenities, food at the Wild Coast Restaurant and the Sushi Bar, and lounge chairs for taking in the ocean views. You may even hear the distant cry of sea lions. (treebonesresort.com) 3. BANGKOK TREEHOUSE, THAILAND Treehouse hotels aren’t just for U.S. domestic travelers. One of the best-known in the world is the Bangkok Treehouse, in Thailand, with a dozen elegant elevated bungalows built with sustainable wood and repurposed and recycled materials. You won’t believe you’re in a major metro area, just a short ferry or taxi ride from the city’s river, temples, and iconic skyscrapers. Thailand, though it’s a long flight away, we’ve found that it is affordable and easily navigable for American travelers thanks to reliable public transportation and English-speaking locals. (bangkoktreehouse.com) 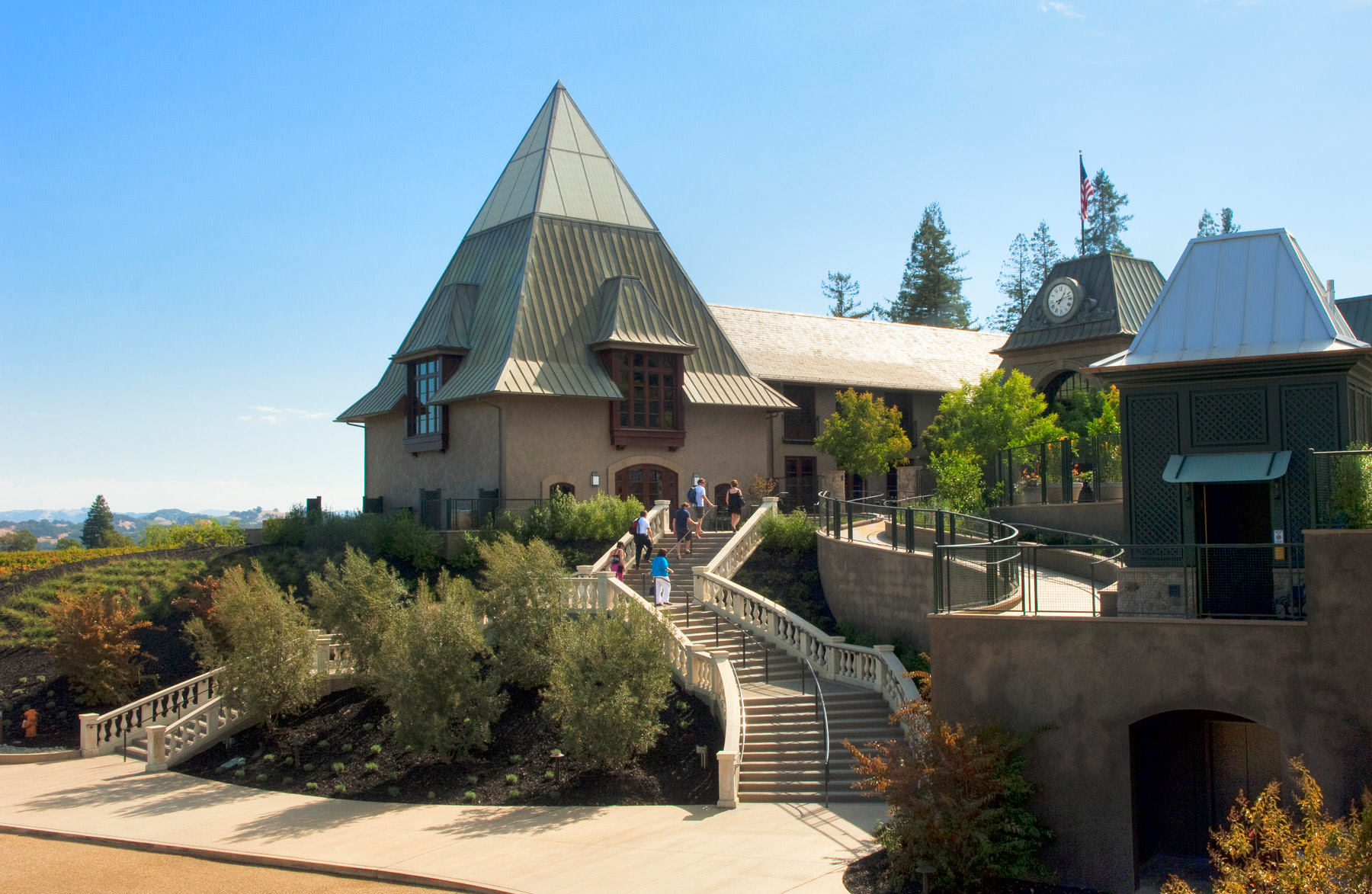 7 Wineries to Visit for More Than Just the Wine 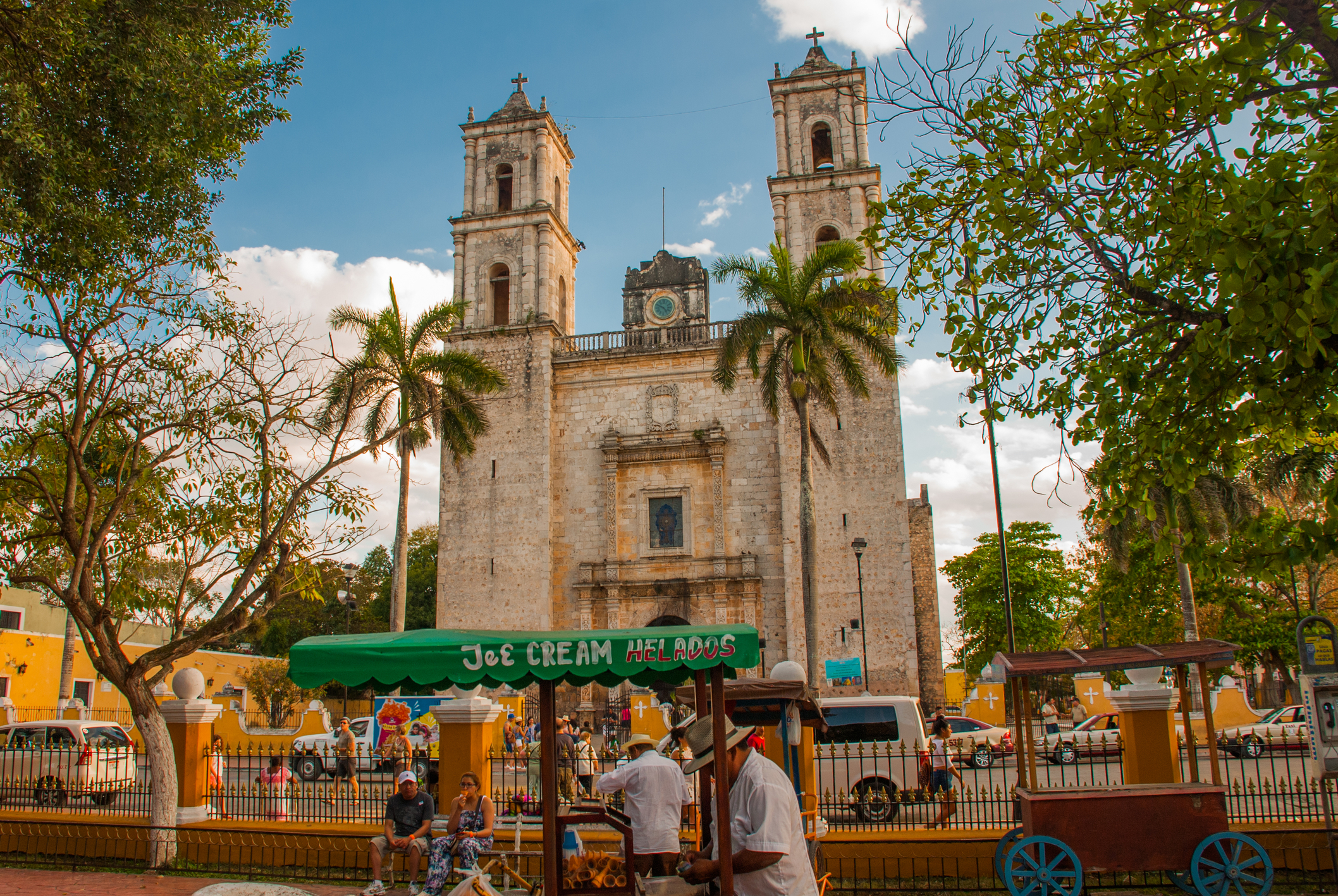 With dining options running the gamut from lowbrow to high, one star to five, the city formerly known as Distrito Federal has long been a mecca for foodies, and today, it’s better than ever. (The DF rebranded in 2016, and now it’s officially called Ciudad de México, though the original nickname still sticks.) Here are five things to look for on your next sojourn to the south, from sweet to spicy and everything in between. 1. Fanciful Fine Dining Beet salad, sea-urchin tostada, and rosé at Restaurante Máximo Bistrot Local. (Maya Stanton) Mexico City’s food scene went upscale some time ago, and it’s still going strong, with creative, multi-course tasting menus (a taco omakase, anyone?) at prices that would be a steal in most other major metropolises. To sample the high-end wares in a low-key setting, book a table at Máximo Bistrot, where chef Eduardo García has been turning out European-accented Mexican fare on a shady, tree-lined corner in Roma since 2011. A late, leisurely lunch is the move here; order a bottle of domestic rosé (the Adobe Guadalupe is a popular pick) and get ready for some of the best bites in town. The octopus ceviche is a standout, with tender slices of cephalopod in a deep pool of homemade Clamato spiked with lemon juice, cilantro, and serranos, and the sea-urchin tostada is something special, the bright-orange uni cooked with garlic, onions and tomatoes, paired with black-bean and avocado purées, crunchy radishes, and a dried-chile and peanut salsa, and served atop a crisp blue-corn tostada. The seasonal, locally sourced menu changes daily, and everything looks as good as it tastes, all beautifully plated on fair-trade serveware from artisans in and around Mexico City. For the ultimate sophisticated Saturday, spend the morning museum-going or gallery-hopping, then fortify yourself with a midday meal at Máximo. Restaurante Máximo Bistrot Local, Tonalá 133, Roma, +52-55-5264-4291; maximobistrot.com.mx. 2. Terrific Tacos A campechano taco from Los Cocuyos. (Maya Stanton) You can’t throw a stick without hitting a taco joint in the DF, and it’s safe to say that unless you live in one of the few U.S. locales that knows how to do tacos right, the quality here is way better than what you’ll find north of the border. Each is served atop doubled-up pint-sized tortillas, an abundance of meaty fillings to choose from, and fresh cilantro and finely chopped onion scattered on top—and that’s not to mention the array of accoutrements available. If you’re in the Centro, you can’t go wrong with the suadero (brisket), lengua (tongue), or campechano (mixed meat) tacos from Los Cocuyos, a hole-in-the-wall spot that keeps a giant pan of assorted sausages and hunks of meat on a permanent simmer, just waiting for the orders to roll in. Customize yours with pico de gallo, salsas verde or rojo, radish slices, and lime wedges, then head outside and eat hunched over a paper plate with grease streaming through your fingers. Taquería Los Cocuyos, Calle de Bolívar 57, Centro. 3. Street Eats Mango with hot sauce and lime, from a vendor outside of Frida Kahlo's Casa Azul. (Maya Stanton) Those with sensitive hypochondriac tendencies might opt out of street food, but for people with tough stomachs and curious palettes, there’s all kinds of good stuff on offer. From overstuffed gorditas to market-stand ceviches to tacos upon tacos upon tacos, Mexico City is awash with open-air vendors hawking pretty much everything imaginable. Don’t leave without trying the fresh-cut mango: Peeled, chopped, sprinkled with sugar, and doused with lime juice and hot sauce, it's incredibly refreshing on a hot sunny day. 4. Marvelous Masa An octopus memela from Fonda Fina. (Maya Stanton) The corn-based dough known as masa serves as the basis for Mexican staples of all kinds, from tortillas and banana leaf–wrapped tamales to sopes (small fried pucks crowned with assorted meat and vegetables) and huaraches (flat shoe-shaped patties covered with refried beans and other garnishes). Memelas, slightly thicker than a tortilla but thinner than a sope, are a mesa’s close cousin. You’ll find an excellent, upmarket take at Fonda Fina in Roma Norte, where the corn cake is topped with penny-sized slices of octopus, knobs of roasted cauliflower, and little bits of pressed pork, then drenched in squid ink and dusted with ground chicatana ants. It’s hardly a pretty dish, but what it lacks in beauty, it more than makes up for in flavor. Well-executed menu aside, the restaurant gets bonus points for serving dinner on Sunday, a rarity in this town. Just be sure to get there early, as the kitchen closes at 7:00 p.m. Fonda Fina, Medellín 79, Roma Norte, +52-55-5208-3925; fondafina.com.mx. 5. Sweet Treats An order of churros from Churrería El Moro. (Maya Stanton) A visit to Mexico City isn’t complete without a stop for churros, those deep-fried, cruller-like delights, and lucky for night owls, local mini-chain Churrería El Moro’s flagship Centro spot is open 24 hours. Watch the workers behind the counter wrangle unruly coils of piped dough into a bubbling trough of hot oil and try to wait patiently for your order to arrive, fresh out of the fryer and dusted with cinnamon and sugar, a cup of dipping chocolate on the side. At just $1 for four, and 35 cents or so for the chocolate, they’re a satisfying, easily shared, budget-friendly snack. Churrería El Moro, Eje Central Lázaro Cárdenas 42, Centro, +52-55-5512-0896; elmoro.mx. 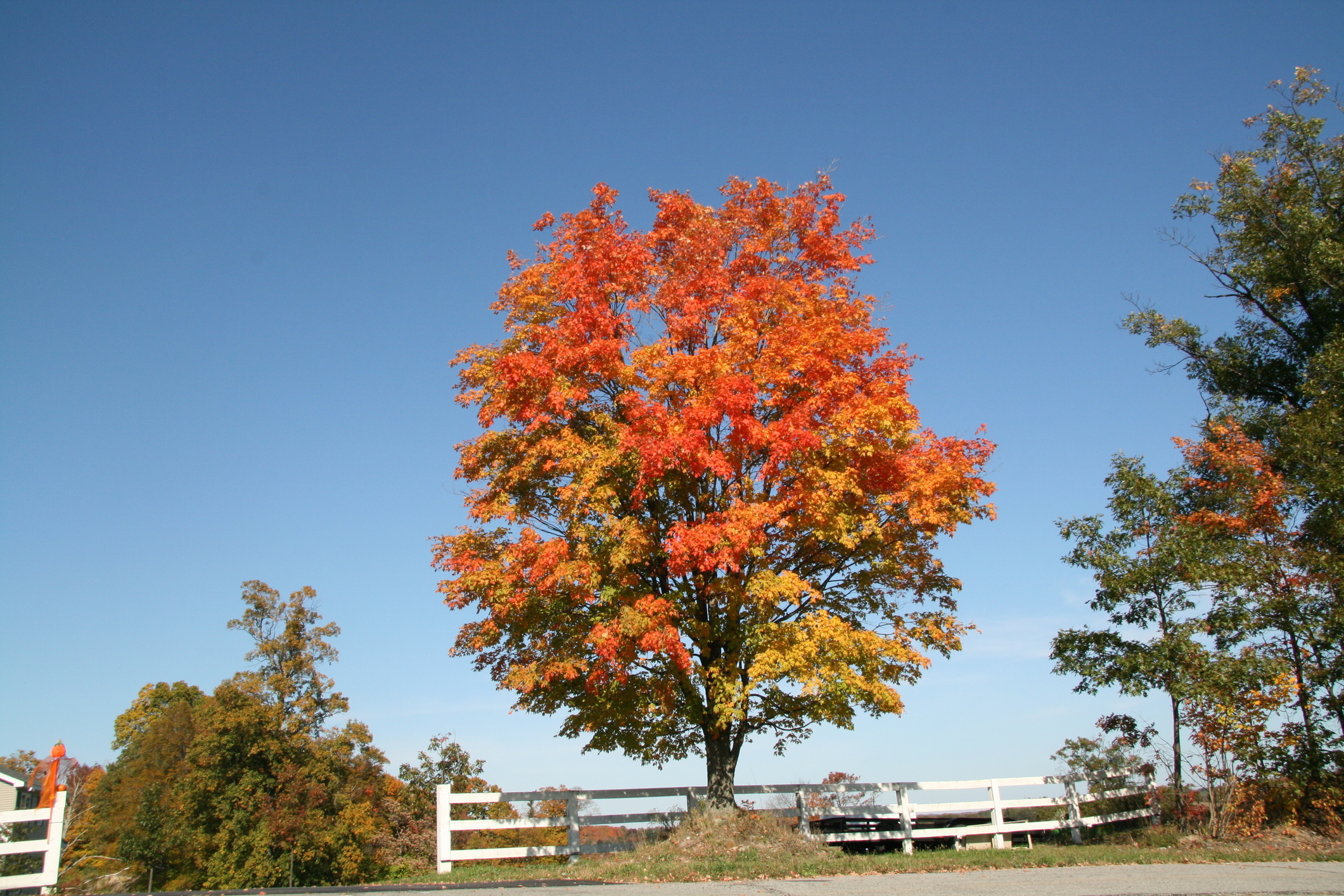