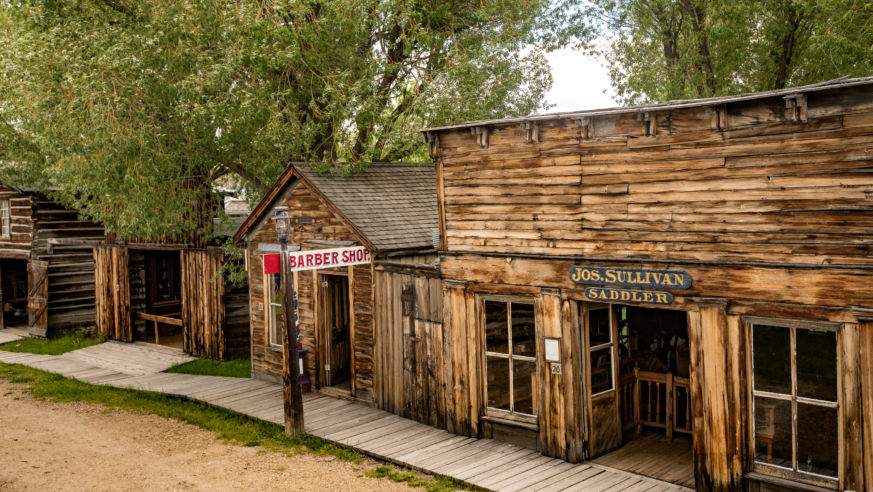 The miners are long gone, but the legends loom large in the stunning ghost towns of Montana.

Sure, you know Montana as the home of two of America's most famous national parks. But there's another side to Big Sky Country that's decidedly, well, haunting.

Montana's history is largely based on the gold and silver deposits that lured miners here in the 1860s, hoping to strike it rich. Boomtowns sprang up providing the services they needed--lodging, saloons, schools, general stores, livery stables, and churches. And, for the troublemakers who couldn’t behave by the code of the West, there was a jail or two. This history remains frozen in time at many of Montana’s ghost towns where, thanks to preservation efforts, you can wander through the settlements. Some of the towns are still occupied, while others are abandoned, and, according to locals, ghosts of the past can occasionally be seen and felt moving about. 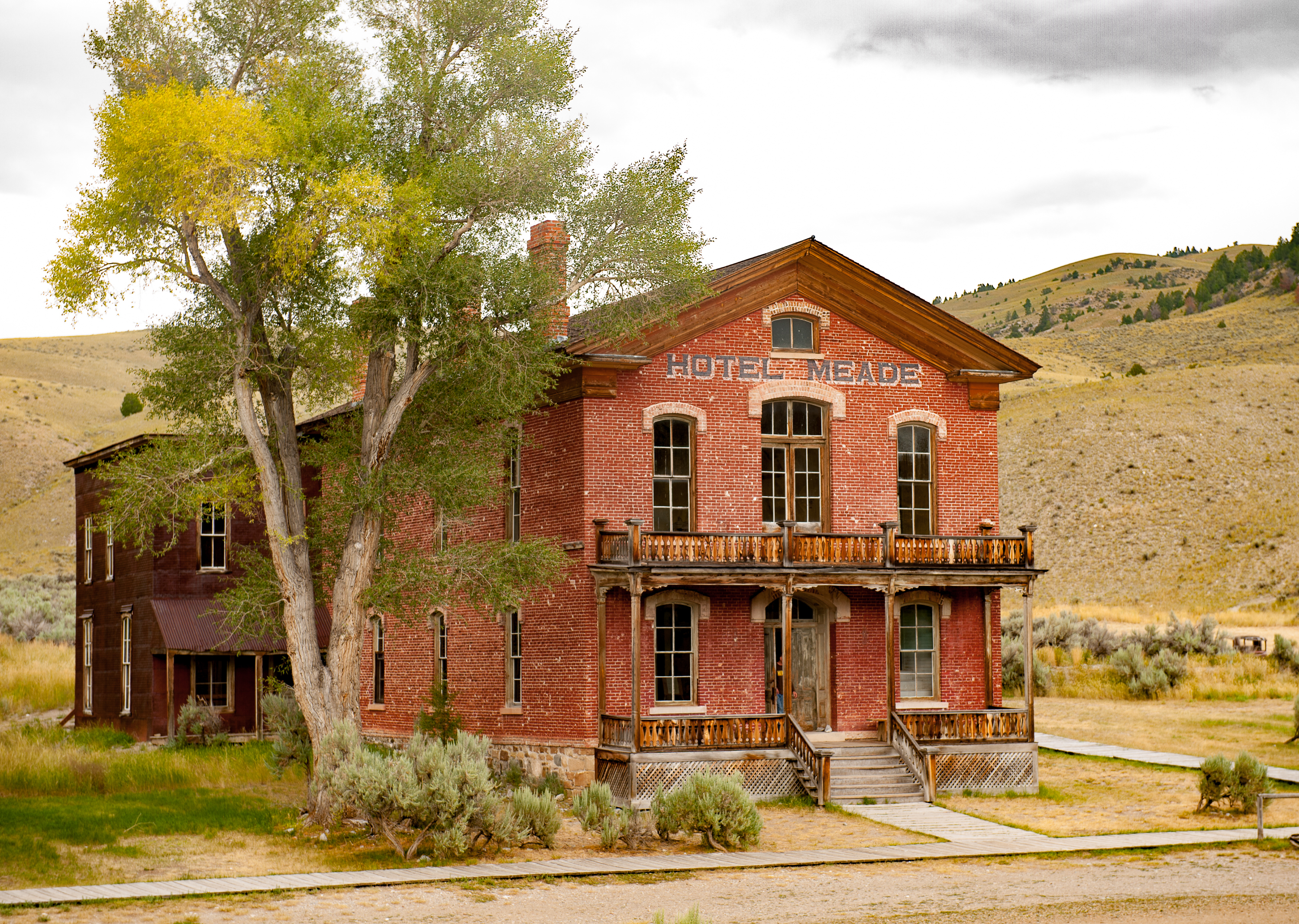 When gold was discovered in Grasshopper Creek in 1862, the town of Bannack got its start as miners arrived hoping to strike it rich. Today, with over 50 buildings still standing, it is one of the best-preserved ghost towns in the US as well as a State Park. Town tours, living history weekends, ghost walks in October, and ice skating in winter make Bannack a year-round destination. Bannack Days, the third weekend in July, is a lively celebration of a bygone era, with demonstrations of pioneer life, reenactments, gold panning, music, wagon rides, and candle-making. Also, be on high alert: there's a likelihood of a stagecoach holdup by would-be robbers looking for the loot. 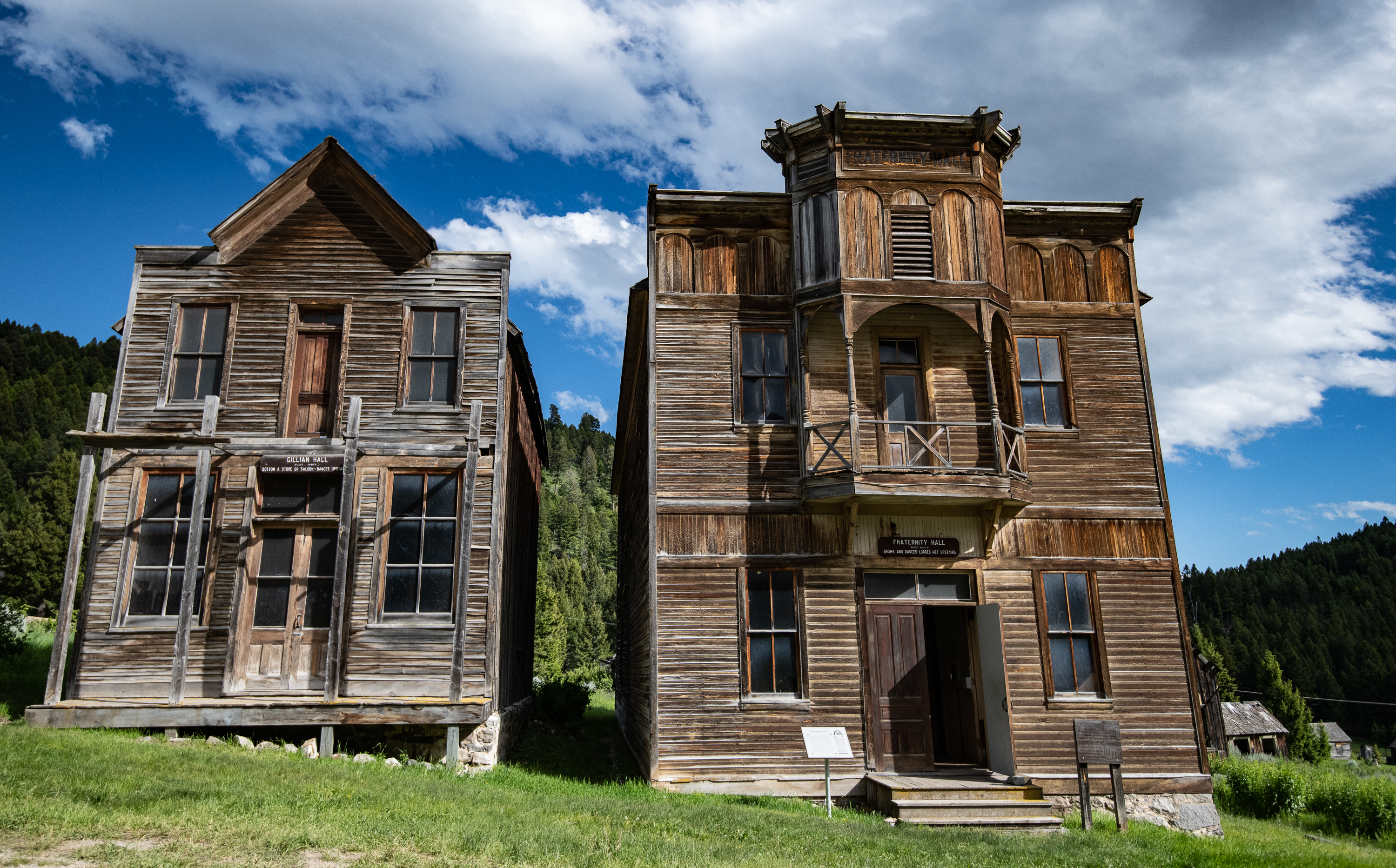 Peter Wyes, a Swiss immigrant, discovered a vein of silver back in 1870 at what is now Elkhorn Ghost Town State Park. In its heyday, the town of Elkhorn was home to 2,500 people, many of them immigrant families. While there are many ramshackle buildings scattered about, Gillian Hall and Fraternity Hall are the town's showpieces. These wooden structures were the heart of the community where the locals gathered for dances, prize fights, graduations, and theater productions. Various fraternal groups, such as the Masons and Oddfellows, used the second floor of Fraternity Hall for their meetings. A cemetery tucked into the mountains is the resting place of many children who died from the diphtheria epidemic that ravaged the town between 1884 and 1889. 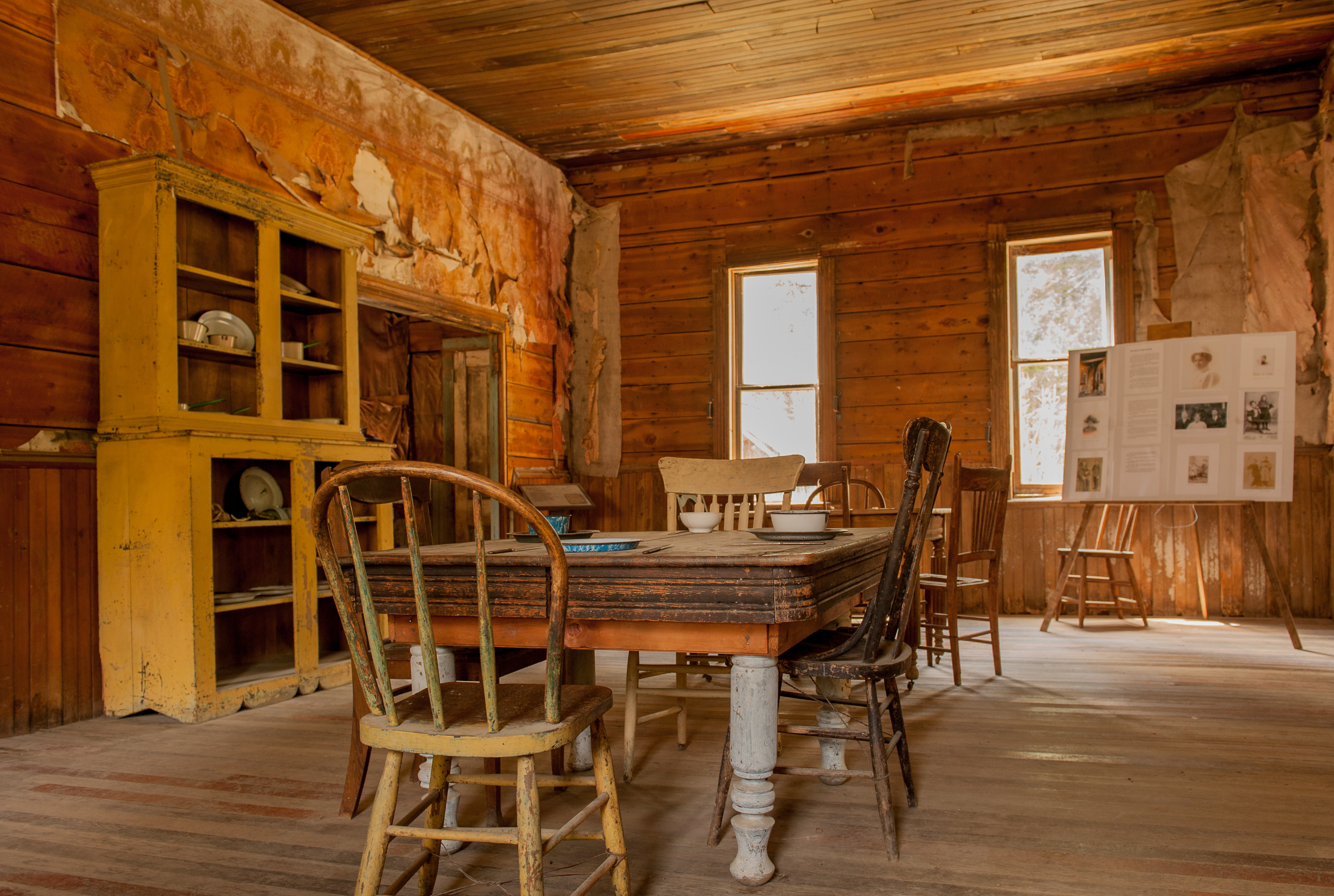 Named for the semi-precious ruby stone found in the area, the town of Garnet sprung up in 1898, a year after gold was discovered in the Garnet Range by miner Sam Ritchey. The town haphazardly grew to 1,000 strong with four hotels, four general stores, two barber shops, a union hall, a school, a butcher shop, and 13 saloons, and numerous other businesses. Today, Garnet, which is located about 30 miles east of Missoula off Highway 200, is open year-round. Just keep in mind that winter access is only possible via snowmobiling or cross-country skiing. 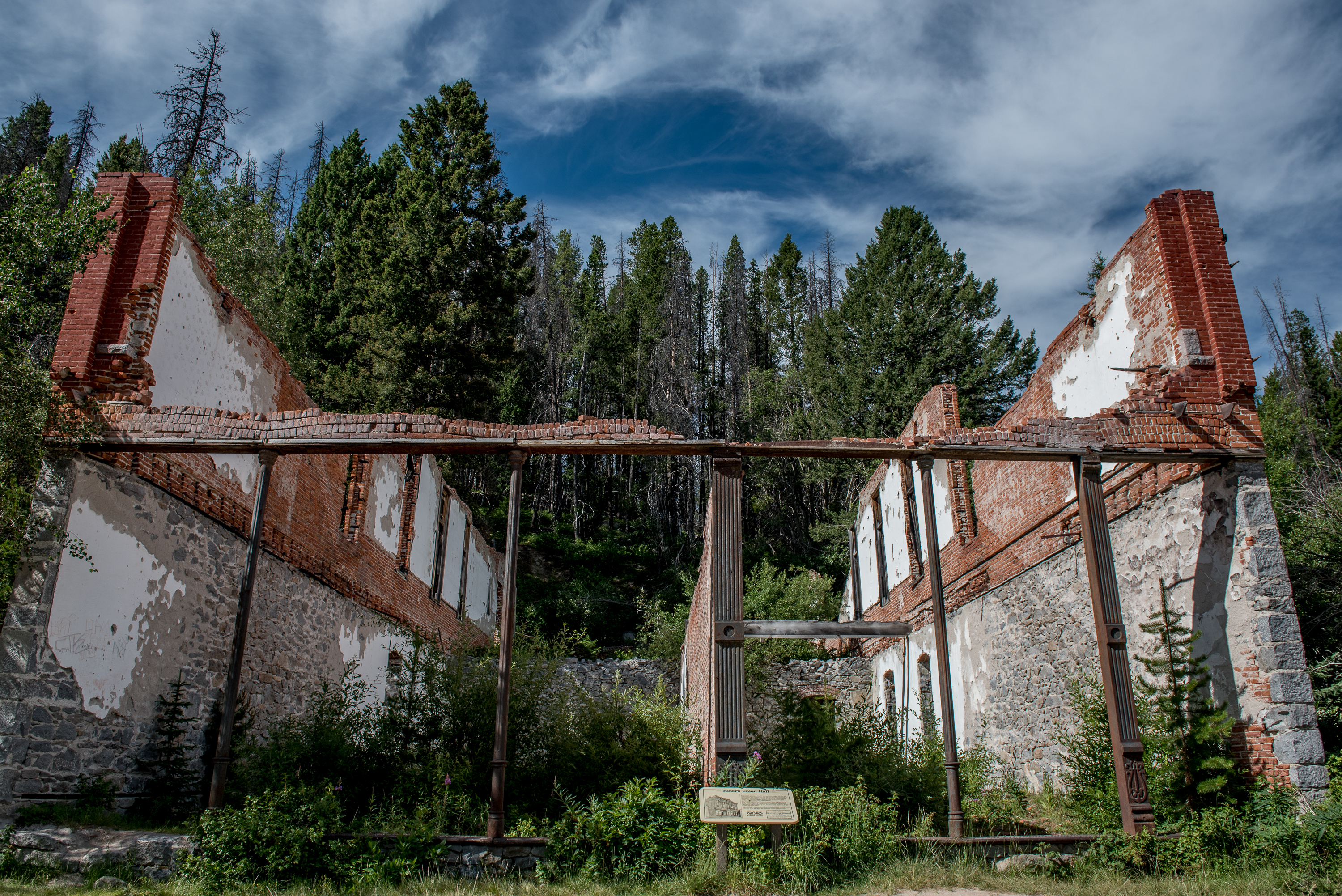 The skeletal remains of Granite Ghost Town, at one time home to over 3,000 miners and their families, and business owners, sit above the delightful town of Philipsburg. The town got its start in 1872 when a prospector named Holland discovered silver. In its heyday, the Granite yielded $40 million worth of silver, making it the richest silver mine on earth. Bi-Metallic, a second mine in the area, yielded about $12 million worth of silver. But the town had its challenges. The soil was decomposed granite, which made it impossible to dig wells, so water had to be transported in. The mining came to a halt in 1893 when the demand for silver plunged. 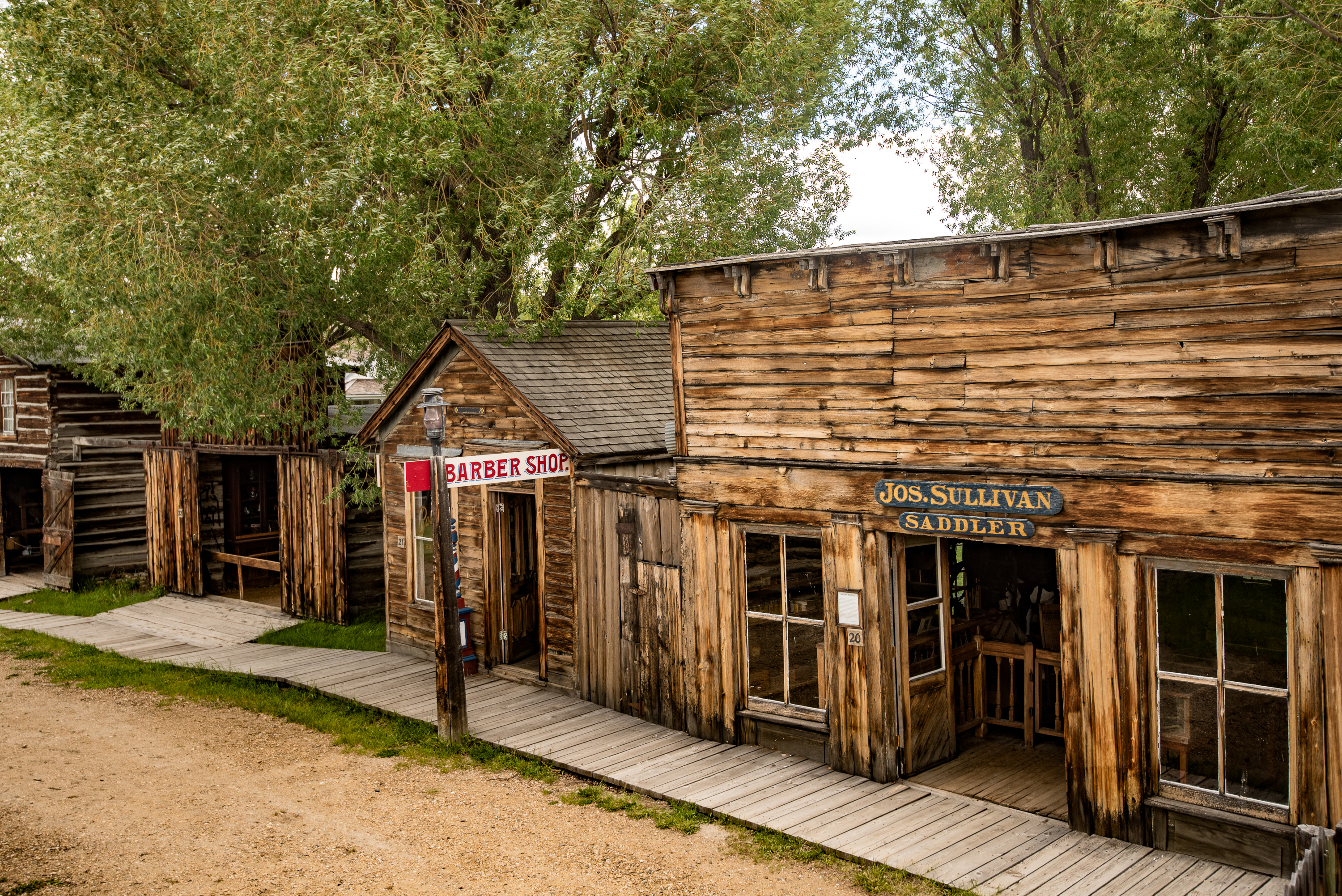 With news of gold being found in Alder Gulch in 1863, the sister towns of Nevada City and Virginia City sprung up and would eventually swell to a population of 10,000 people. By the end of the first three seasons, about $30 million worth of gold was removed from the Gulch within the first three seasons. Throughout the 18th and 19th century, it is estimated that this area in Southwest Montana yielded $100 million worth of gold.

Today Nevada City is an outdoor museum with over 100 buildings, and thousands of artifacts which tell the story of Montana’s early mining days. Entrance into the Nevada City Museum takes visitors through the Nevada City Music Hall, a colorful antique collection of automated music machines, many of which are still in working order. 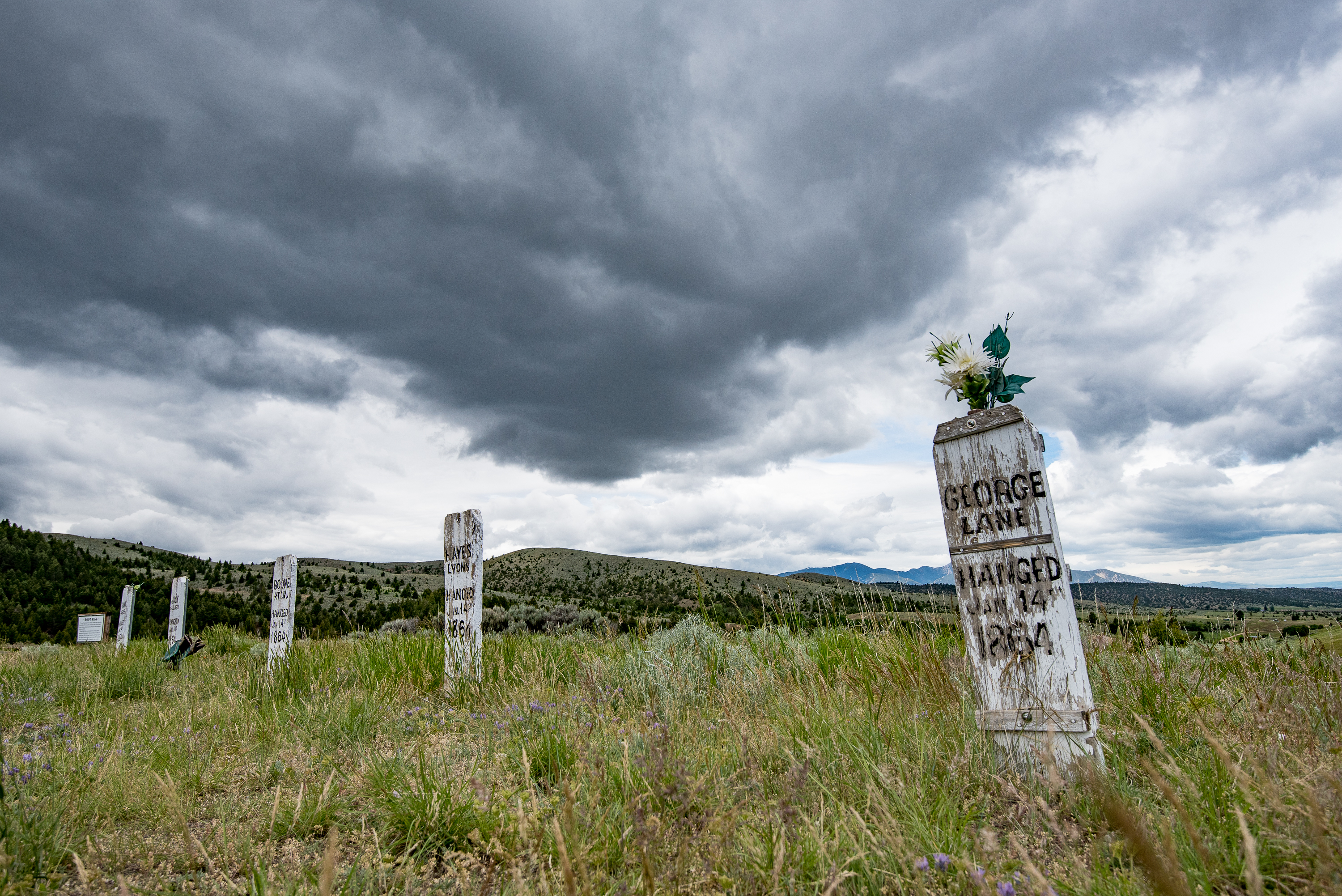 Virginia City is both a ghost town and a lively summer destination, complete with historical accommodations, eateries, stagecoach tours, and theater productions. Every August, the Grand Victorian Ball is an occasion to dress up in period costume and parade across the boardwalks of Virginia City before heading to the dance hall to two step with the Virginia Reel, Spanish Waltz, and other period dances.

Boot Hill Cemetery, overlooking the town of Virginia City, is the final resting place of five road agents, who were hanged by the Vigilantes on January 14, 1864. The criminals' notorious leader, Sheriff Henry Plummer, was both lawman and outlaw famously responsible for orchestrating the robberies of stage coaches. 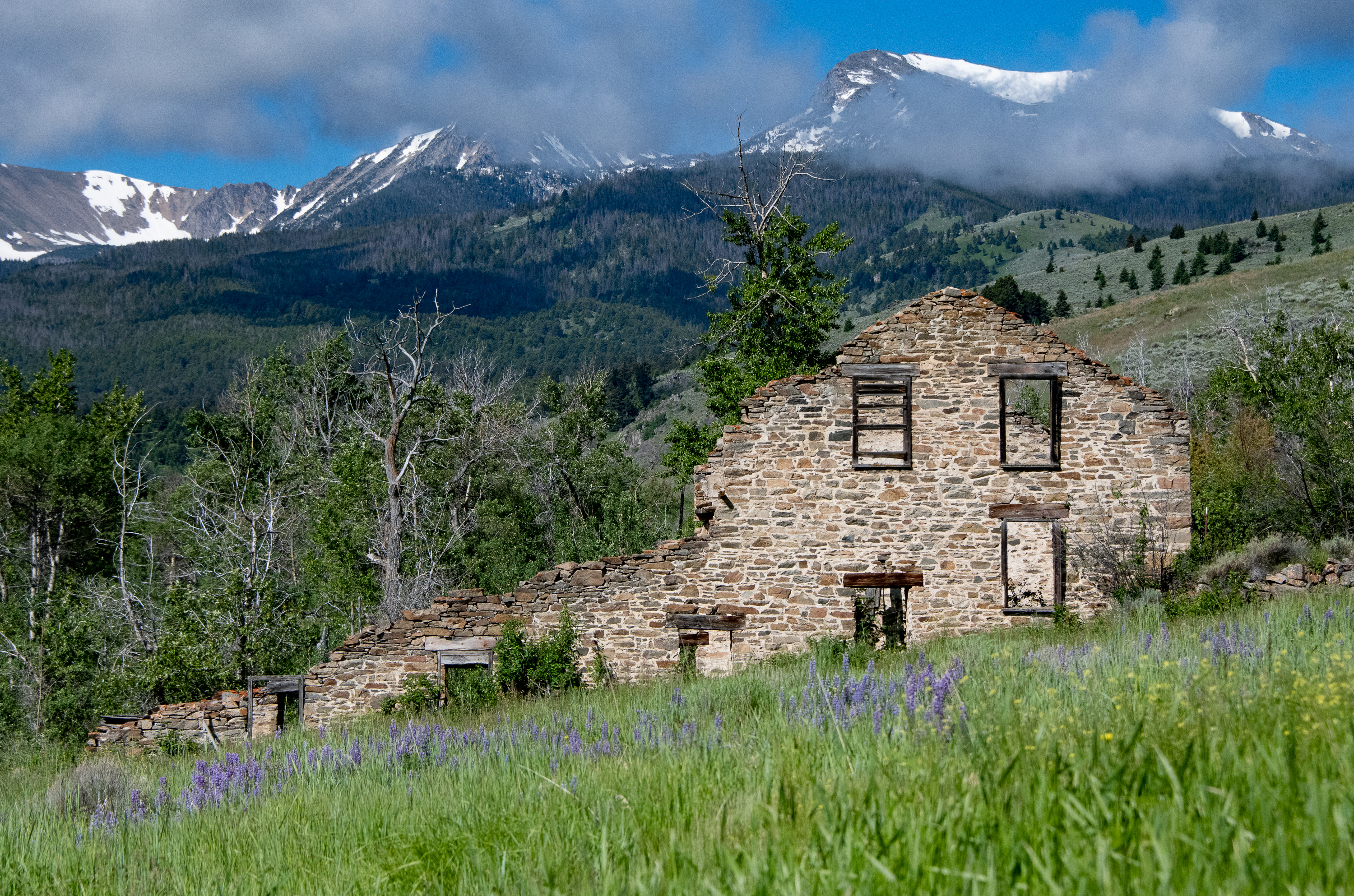 Pony, set against the mountain backdrop of the Tobacco Root Mountains, is unique in that it's a ghost town as well as home to about 100 residents and the Pony Bar, the only place for miles to get a cold one. Like many of the ghost towns in southwest Montana, the discovery of gold led to its creation. From 1860 to 1870, it was home to over 5,000 people who settled in to strike it rich or provide the services to miners. The town’s name comes from one of these miners, Tecumseh Smith, who was nicknamed "Pony" because of his small stature. The most notable building in Pony is the twenty stamp mill constructed in stone. 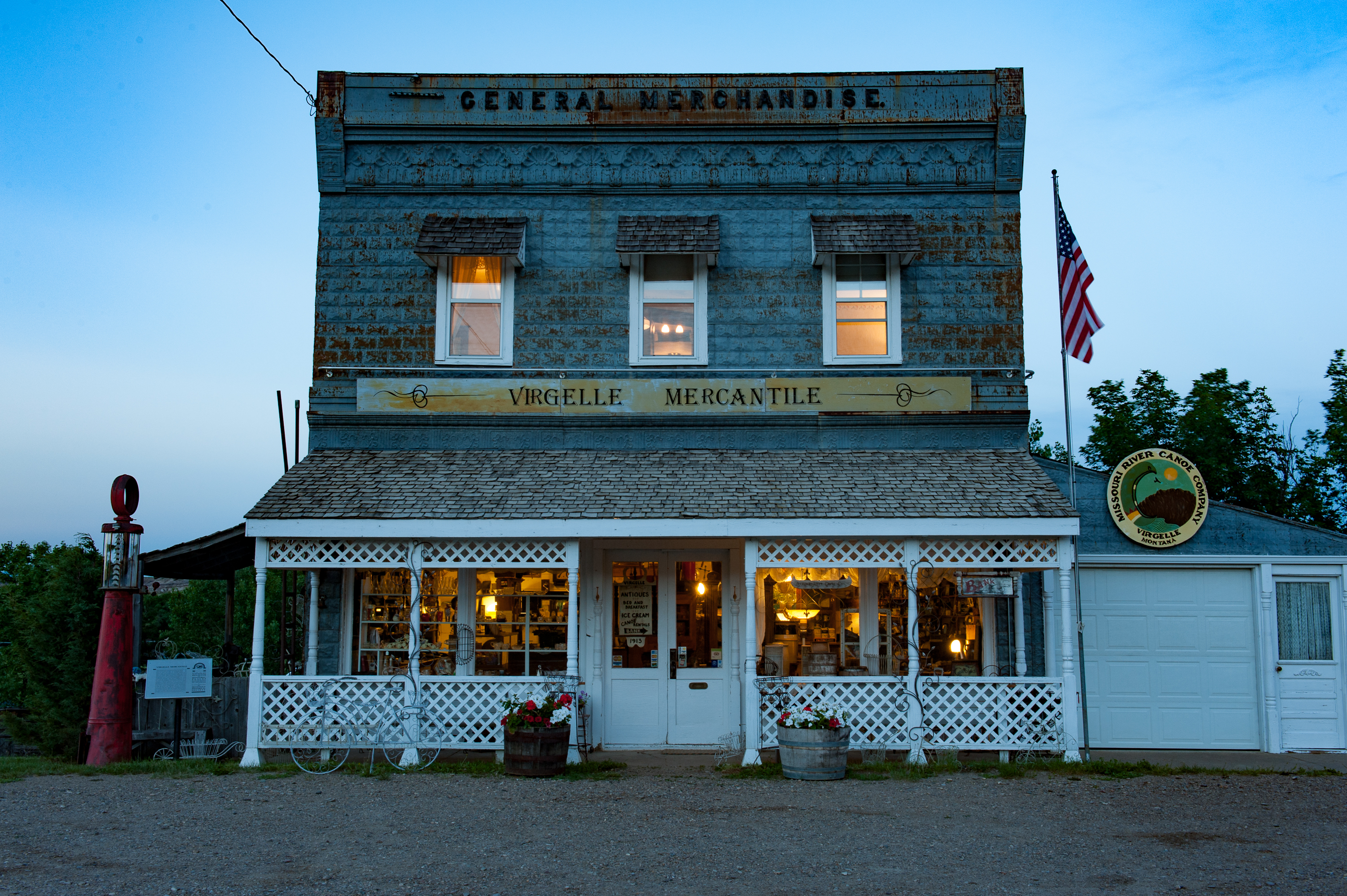 The homestead-era town of Virgelle is located a short distance from the Missouri River in Central Montana. Two buildings remain, the Virgelle Mercantile and the Bank Building, owned by the town’s two residents. The Mercantile was built in 1912 by Virgil and Ella Blankenbaker, who had moved to Montana and settled in the area. The Mercantile was originally a general store serving the needs of local settlers, with upstairs used as boarding rooms for those working the spur line railroad that followed along the river. Today, the restored Mercantile is an antiques store on the first floor, with guest rooms upstairs. Six homesteader cabins, all from within a 40-mile radius of Virgelle, have been brought in for additional cozy accommodations.