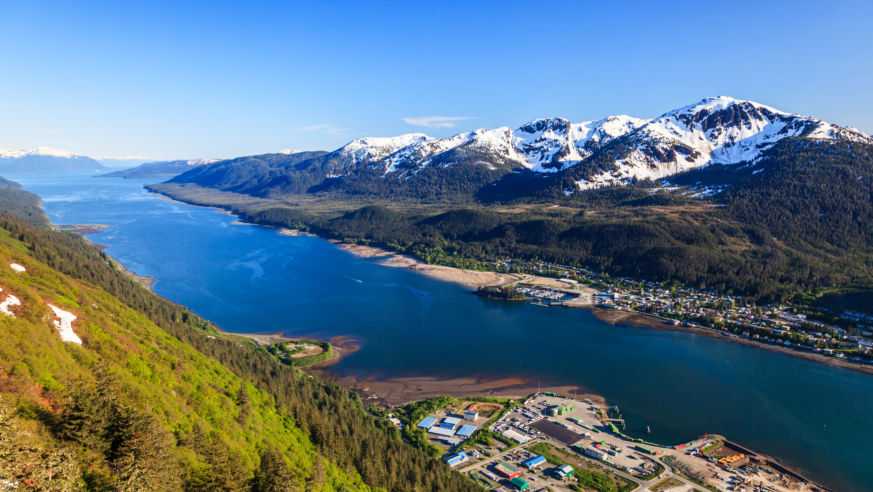 The 49th state is a treasure trove of surprising historical quirks and cultural riches.

There are things that immediately come to mind at the mention of Alaska: Northern Lights, fishing, glaciers, cruise ships. But to go to the state and only see or do those things would be to miss out on a whole lot. In early August, I spent a week and a half traveling from Fairbanks to Anchorage to Juneau, barely covering a fraction of the tremendous state, and learning about some of the many, many things that make it so special. From its rich and entertaining history (see: the fortune-hunters and scoundrels that streamed in during the Gold Rush) to countless incredible stories about how the Native people survived and thrived in the harsh weather to arctic astronomy, here are just a few of the things that might inspire you to take a trip.

1. ALL THE BEAUTIFUL TWILIGHTS

Though not something that we in the Lower 48 would typically be aware of unless we work in aviation or astronomy, being in Alaska sort of forces you to learn about times of sunrise, sunset and, most interestingly, twilight, that transitional time of partial light between sunrise and sunset. This is particularly true in Fairbanks, which is a popular destination for viewing the Northern Lights around April. But since I was there in early August when the sun set around 2.30 a.m., I started trying to understand the physics of it all. In the process, I learned there are three different kinds of twilight, each having to do with the tilt of the planet and the position of the sun above or below the horizon. During Civil Twilight, which happens in the morning and evening when the center of the sun is six degrees below the horizon, you can spot the brightest stars and planets but also see objects here on Earth without the help of artificial light. Nautical Twilight gets its name from the fact that sailors could see well-known stars clearly enough to use them for navigation. With the sun 12 degrees below the horizon, artificial light may be needed to see activity on the ground. And during Astronomical Twilight, the sun sits 18 degrees below the horizon, which isn’t visible. The sky appears totally dark, but full darkness only actually occurs once the great ball of fire sinks below 18 degrees. Illuminating, right?

High fashion can be mesmerizingly creative or ridiculous, depending on your perspective. A collection from John-Paul Gaultier in the early 1990s was influenced by the clothing of Hasidic Jews, and one of John Galliano’s collections for Christian Dior took its cues from the tattered garb of the homeless people of Paris, a concept that resulted in controversy, needless to say. But, as the saying goes, necessity is the mother of invention, and considering the extreme weather Alaska’s Native people faced and the natural resources and materials they had to work with, their inventiveness when it comes to making clothing and accessories is nothing short of mind-bending. In Fairbanks, at the Museum of the North (uaf.edu/museum), which is part of the University of Alaska, I spent a few minutes just staring at a coat made of nearly translucent yet heavy duty fish skin. At the Anchorange Museum (anchoragemuseum.org), in a sprawling exhibit developed with the Smithsonian  (alaska.si.edu) that covers all different aspects of Native culture, I marveled at a “gut parka” made from seal and walrus intestine, a material that's light, strong, and waterproof, and hefty coats made with fur assembled in such unlikely and eye-catching patterns that even a jaded fashionista would stop and stare. But one of the most resourceful items was a pair of snow goggles fashioned from mountain-sheep hooves, strung together with glass trade beads. Talk about visionary.

While Finland may boast the highest consumption of coffee per person, Anchorage has more places to get coffee than anywhere else in the United States, a statistic that makes a lot of sense considering that temps can reach 70-below here—it's easy to imagine that your organs would freeze if you didn't have a constant intake of warm liquids. A large number of those places are coffee huts, funky little drive-throughs that sell all the specialty drinks you’d find at a familiar coffee shop. In summer, it’s a convenience or, if you’re a tourist, a novelty. In the winter, however, they’re a necessity.

A beach is just a beach...unless you’re in Juneau, where the coastline has a highly unusual origin story. Douglas is a city neighborhood located on an island of its own and accessible from downtown via a single 620-foot pedestrian-friendly bridge. The island’s eastern shore is directly across a channel from downtown and the cruise port. It’s a quiet bedroom community, but it wasn’t always. During the Gold Rush that lasted from about 1881 to 1922, the island’s Treadwell Mine was the source of three million ounces of gold. Hundreds of stamp machines, giant and exceptionally noisy pieces of industrial equipment used to smash boulders, were operating 363 days a year—every day except Fourth of July and Christmas Day, when it was so eerily quiet that, as legend has it, nobody slept. Those stamps pulverized stone for decades, long enough to produce massive amounts of sand-like material that makes for a seemingly natural looking shoreline. All this took shape on top of land that was shaped by glacier movement several thousand years ago.

Iditarod is the Wimbledon of dog racing. And like any world class competition, this one has its celebrities and legends. Susan Butcher is the Serena Williams of dog racing, or mushing, as it’s known in the state. Butcher won three years in a row, from 1986 to 1988, then again in 1990. But those victories are hardly her only accomplishment. In 1979, she was also the first to reach the top of Mount McKinley, North America’s highest peak, with a dog team. She passed away of leukemia in 2006, but her legacy is alive and well on the Chena River in Fairbanks. On a riverboat cruise (riverboatdiscovery.com), not only did I learn the details of the punishing race (1,150 miles from Anchorage to Nome, extreme temperatures, etcetera), but I came to understand that Butcher’s impact on the sport, one of the few in the world where men and women compete against each other as equals, goes beyond her racing skills. She was revolutionary in the way she trained and treated her animals, and her husband carries out her legacy, training dogs at a sprawling outdoor kennel and giving lively demos of what goes into making a pup a champion.