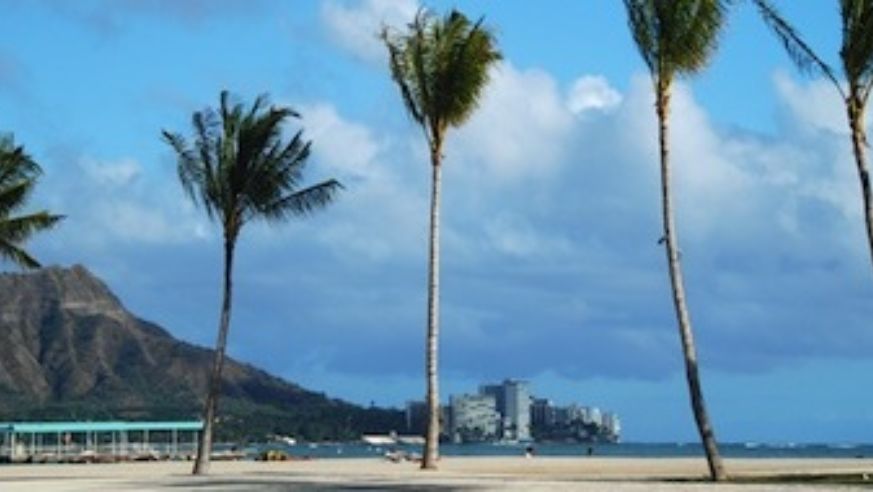 For island dreamers along the eastern seaboard, getting to Hawaii hasn't always been the easiest or most convenient journey.

But according to research recently released by the Hawaii Tourism Authority, flight capacity from the East Coast to Hawaii should increase about 6.4 percent this year, at a time when capacity to many other vacation destinations is decreasing (Europe comes to mind).

Hawaiian Airlines and JetBlue Airways in January announced a partnership under which travelers can combine travel on Hawaiian and JetBlue. And on June 5, Hawaiian is launching the only nonstop service between New York City and Hawaii on its new 294-passenger Airbus A330-200 aircraft.

East coast residents can connect to that flight from JetBlue destinations such as Boston, Buffalo, Charlotte, Fort Lauderdale, Orlando, and Raleigh/Durham.

Additionally, United Airlines will begin daily year-round service between Washington/Dulles International Airport and Honolulu on June 7, 2012, which will be the only nonstop service between the two hubs. The flights will be operated on Boeing 767-400 aircraft.

The new routes connecting New York and the nation's capital will dramatically improve the East Coast’s access to the Hawaiian Islands, but scheduled seats from the West Coast are also expected to increase 4.7 percent, due mainly to more Alaskan Airlines and Hawaiian Airlines flights.