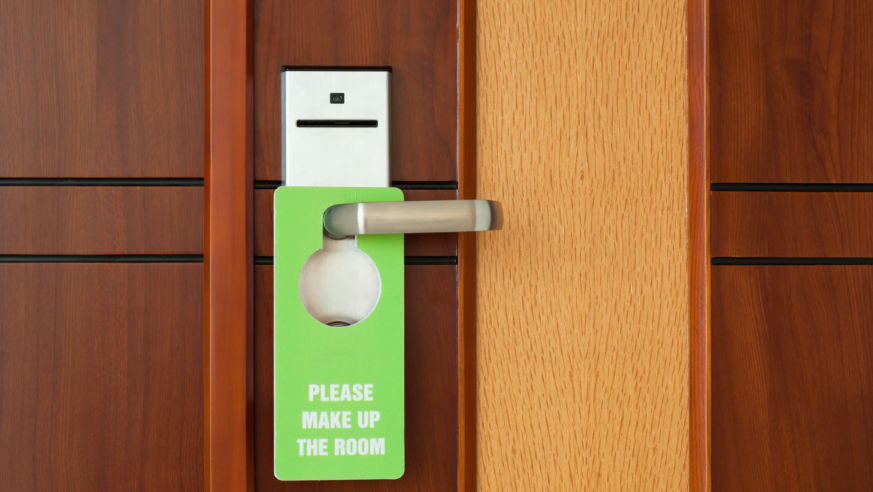 Just checked in? Don't touch ANYTHING till you read this latest study!

The data hounds at TravelMath.com have done us all a favor, undertaking a study of how clean (or, make that unclean) a typical hotel room may be. Prepare yourself for a gross-out: After studying the remote controls, bathroom counters, desks, and phones at nine different three-, four-, and five-star hotels, TravelMath reports that the typical hotel room is way dirtier than your house (you read that correctly) and even dirtier than some airplane cabins.

Still with us? When we say “dirty,” we don’t mean dust or grime. We’re talking about bacteria, viruses, and parasites that can give you or your kids respiratory infections, skin infections, and even pneumonia. The measure of a hotel room’s “dirtiness” for this study was the number of viable bacteria cells (known as colony-forming units, or CFUs) per square inch. On average, hotel bathroom counters and remote controls top 1 million CFUs per square inch. Ugh.

SWANKY HOTELS MAY BE DIRTIER THAN BUDGET LODGING

HOW TO PROTECT YOURSELF FROM GERMS

We don’t enjoy sharing just the bad news, so we’re happy to report that there are a few steps every traveler can take to stay safe when checking into a hotel.

* Pack a carton of antibacterial wipes.

* Disinfect surfaces such as phones, bathroom counters, and desks.

* Pack clear plastic bags and wrap one around the remote control so you can still easily operate it without actually making finger-to-bacteria-laden-key contact. (While dousing the remote with disinfectant may seem appealing, it is perhaps not the best idea.)