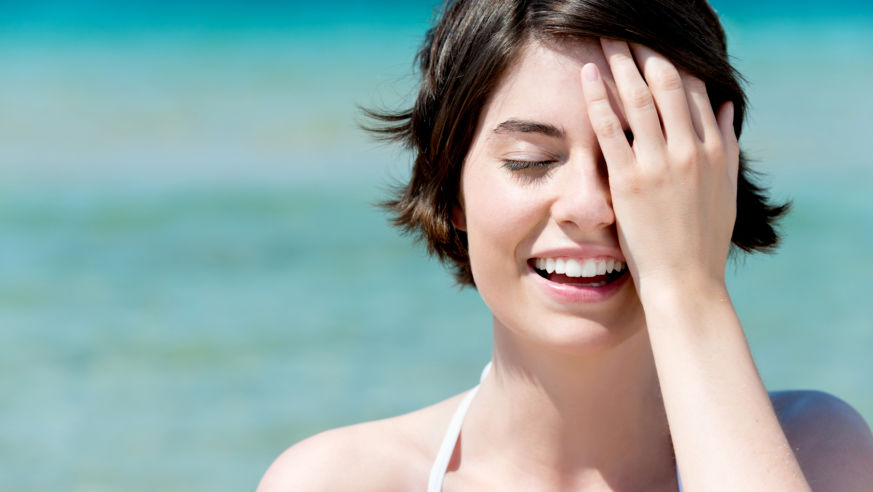 Some of these local customs may strike outsiders as downright weird. But learning a bit of cultural etiquette, important phrases, and the absolute no-no's of any country you visit can save you not only embarrassment but also time and money!

We want you to venture overseas feeling as relaxed and confident as possible. Before you head off to Europe and beyond, please look over our handy cheat-sheet for getting up to speed on local customs, attitudes, and expectations. By all means, meet the locals and have great conversations, bearing in mind these simple suggestions.

1. THE WRONG HAND GESTURE CAN GET YOU IN TROUBLE

Here in the U.S., you'd never seriously consider flipping the bird to a total stranger, right? (Just roll with this and say "Who me? No, never!") But when traveling abroad it's entirely possible to throw an unintentionally rude gesture at a well-meaning waiter, hotel concierge, or friendly passer-by—if you're not familiar with local customs. Say your waiter in Rio just asked if you enjoyed your steak dinner. Flash him the OK sign (a circle with your thumb and index finger) and—congrats!—you've just insulted him really badly. In the U.K., making a peace sign (or V for victory) with your palm facing inward is the equivalent of the American bird. In Spain, extending your pinkie and index finger from your fist is an insult.

To touch or not to touch can be baffling overseas. Here in the U.S., we're relatively reserved compared with some European countries when it comes to the violation of personal space during a friendly conversation. But compared with much of Asia and Africa, we can come off as overly huggy. In Italy and France, maintaining eye contact and reaching out and touching the other person during a friendly conversation is considered more polite than standing there with your hands in your pockets staring over someone's shoulder. But in China or Germany, that level of touching will make the other person uncomfortable, and in some cultures, such as Nigeria, maintaining eye contact can be even be perceived as overly bold or threatening. As for public displays of affection, be prepared to reign them in if you're visiting most destinations in Asia and Africa, and keep a low profile wherever you are (perhaps with the exception of Paris) until you have evidence that, say, smooching on the sidewalk is commonplace.

Elbows off the table? Clean your plate like your mother taught you? Not so fast. Food etiquette varies widely from culture to culture and can sometimes appear to have no rhyme or reason. In the Middle East, India, and parts of Africa, keeping your elbows off the table isn't enough—you're not supposed to touch anything at the table with your left hand (it's considered dirty). In France, it's considered more polite to put your slice of bread on the table than to rest it on your plate. Slurp soup in Japan and no one will bat an eye. Slurp soup in China and you'll be the Ugly American. In China, eating rice with chopsticks is expected, but in Thailand it's considered inappropriate (there, you should use a spoon). In Brazil and Chile, don't eat anything with your hands (no, not even fries). In Italy or Cuba, putting your cutlery on the right side of your plate means you're done with the meal. But in Spain, you'd place it on your plate to indicate that you're finished. Clean your plate in Ecuador and you'll be given seconds, but in Peru cleaning your plate is just considered polite. And remember whenever you sit down to eat in a group outside the U.S., there's a good chance you should wait for either the host or the eldest person at the table to start eating before you tuck into what's on your plate.

4. DRINKING CUSTOMS CAN BE COMPLICATED

If you ever thought that American rituals and customs surrounding alcohol were a bit arcane (what exactly does "Here's mud in your eye?" mean, anyway?), you'll be relieved to learn that the rest of the convivial world can be just as confusing. When a Russian offers you vodka, the polite thing to do is accept—and drink it down fast. Similarly, you should never refuse sake in Japan (though that hot beverage can be sipped, of course, instead of tossed back). In some countries, including Switzerland, it's rude to start drinking before a toast is offered. And the rituals surrounding which hand (or both) with which to accept a drink, which direction to pass, whose glass you should fill, and other surprisingly important items of cultural dogma should be mastered by consulting a reliable resource such as one of the great books in Dean Allen Foster's Global Etiquette Guide series. Be mindful that in some cultures, alcohol is forbidden—you won't find it served in Saudi Arabia or the United Arab Emirates.

You'd never skip out of an American restaurant without leaving at least 15 percent on the table (well, unless the service was downright awful). But in many other parts of the world, tipping is either built into the bill, culturally frowned upon, or unnecessary because waitstaff are paid a much higher salary than here in the U.S. Don't tip in Japan, Australia, and Brazil. Leave 5 to 10 percent for exceptional service in Italy, France, and Germany. Leave 10 to 15 percent in Egypt, South Africa, Russia, and Hong Kong (but don't tip anywhere else in China).

I haven't been to Switzerland yet, but there's one habit I'll have to break before I go: Turns out keeping your hands in your pockets during a conversation is considered rude there. Sound a bit uptight? Head to Turkey, where it's always been refreshingly acceptable for friends of the same sex to hold hands. In some countries, including Peru, it's a no-no to cross your legs at the ankle. In others, like Saudi Arabia, crossing legs at the knee is taboo. You already know that it's common to take off your shoes when entering homes in east Asia, but I'll bet you didn't know that in some cultures, including much of the Arab world, showing the bottoms of your feet or pointing with your feet is rude.

Unless you're headed for Australia or Canada, it's a good idea to dress a bit conservatively whenever you leave the U.S. Cover your legs and arms, and avoid T-shirts with slogans or graphics that could offend strangers. (Traveling with a teen? You may have a difficult time getting him to leave his "Epic Fail" T-shirt at home, but it's worth a try!)

"Don't mention the war," may be the only wise words ever uttered by Basil Fawlty, the world's worst innkeeper, portrayed by John Cleese of Monty Python fame in the British sit-com Fawlty Towers: When tourists from the continent visit his inn, Fawlty implores his staff not to bring up WWII. Indeed, when representing the U.S. overseas, you can't go wrong by completely avoiding topics such as: wars, scandals, royals, politics, religion, and diplomatic relations with the U.S. Of course, once you've gotten to know a local or fellow traveler, there's nothing like a late-into-the-night, heart-to-heart cultural exchange—go for it! But among casual acquaintances and strangers, zip it!

We've said it before and we'll say it again: Learning a foreign language's basic phrases such as "Hello," "Goodbye," "Please," "Thank you," "Excuse me," "Where is the bathroom?" and "Do you speak English?" will endear you to the residents of any locale you may visit. It takes only a few minutes to master the magic words that can turn strangers to friends anywhere on earth.