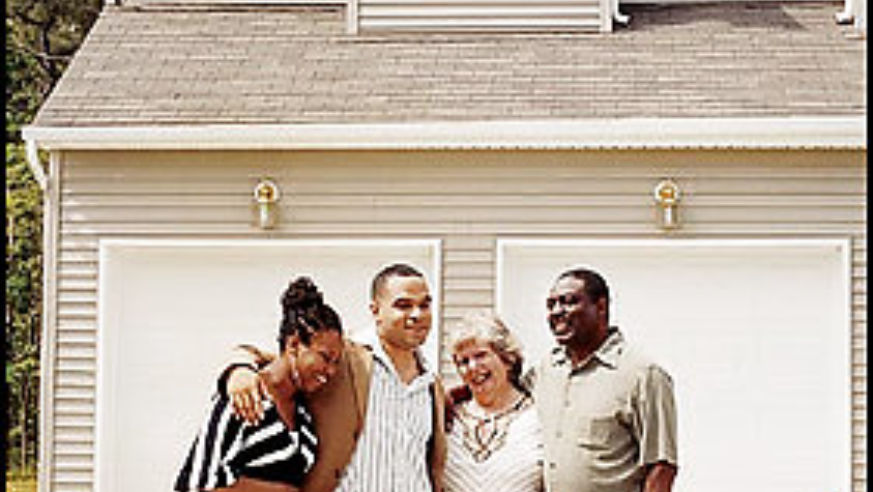 Marney and John Jones are recent retirees living in Snellville, Ga., just outside Atlanta. Anything but novice travelers, they've visited Copenhagen, Paris, and Santa Barbara, Calif., in the past year.

But a trip to Jamaica has Marney befuddled. "We're senior citizens, and I may be having a senior moment," she says. "But I just can't seem to figure out the best way to plan this trip."

The problem is that John and Marney aren't heading off for a simple week at the beach. Their 26-year-old son, John Jr., the youngest of six, is engaged to Jamaica native Tarsha White. The wedding is to be held in February at the resort area of Ocho Rios, and all four of them want to see ahead of time where the ceremony and reception will take place. That's only one reason for the trip, however. Their visit coincides with a traditional two-day ceremony dedicated to Tarsha's grandmother, who passed away last year. Since the festivities are being held in a fishing village that's an hour east of capital city Kingston--and about three hours over winding mountain roads from Ocho Rios--the family is going to see a lot more of Jamaica than the average tourist does.

Adding to the complexity, Marney and John plan to attend a family reunion in Daytona Beach, Fla., after their week in Jamaica. Flights from Jamaica to Daytona involve at least one stop, so we present the Joneses with a handful of options, including returning to a larger Florida hub or booking a standard round trip from Atlanta, followed by a cheap AirTran one-way to Daytona. Eventually, Marney and John go with a Delta ticket from Atlanta to Kingston, returning from Kingston to Fort Lauderdale, nonstop in both directions. "We want to make it as hassle-free as possible," says Marney. From Fort Lauderdale, they'll rent a car and drop it off in Daytona, where they'll meet family and later catch a ride back to Georgia.

Tarsha will be able to serve as cultural guide, but she won't be with Marney and John all the time. We offer a few bits of knowledge that'll come in handy for any visitor to Jamaica. Skip over gypsy taxis in favor of government-sanctioned JUTA cabs, which have red license plates. Most taxis aren't metered, so it's smart to agree on a price in advance. Feel free to ask for a quote in American dollars. (U.S. currency is widely accepted, and US$1 equals about J$65.) Most Jamaicans are polite and friendly, and like to be acknowledged. Give a friendly hello or a nod of the head to anyone and everyone. "Good night!" is a typical Jamaican evening greeting; it doesn't necessarily mean good-bye.

John and Marney will meet up with John Jr. and Tarsha (who are flying in from Washington, D.C.) in Kingston at midday on a Friday. The ceremony for Tarsha's grandmother begins the next day, and some of Tarsha's family is staying that night at Whispering Bamboo Cove Resort in Morant Bay. "What do you think about that for our hotel choice?" asks Marney. The resort is an affordable gem, with views of the ocean and the Blue Mountains, and access to a private beach. The nearby, candy-cane-striped Morant Point Lighthouse is the oldest in Jamaica, built in 1841 on the island's easternmost tip, and makes for a fine photo op.

Marney has arthritis, so for Saturday morning we recommend a relaxing soak at the Bath Fountain Hotel & Spa, eight miles north of Morant Bay. The 127-degree waters have been sought out for their healing powers for more than 300 years. A 20-minute dip costs $10, and attendants generally expect a $1 to $2 tip.

Tarsha's family is gathering in the village of Old Pera, where her late grandmother was a shopkeeper. John Jr. is looking forward to watching his fiancée go back to her roots. "I really love to hear Tarsha speak patois," says John Jr., referring to the Jamaican Creole islanders use. On Saturday evening, everyone takes part in the traditional rites of Cumina, a religion based on reverence for ancestors; it was brought to the island centuries ago by Africans. The term Cumina is derived from two words in the Twi language of Ghana: akom (possession) and Ana (ancestor). The event honoring the deceased, which includes singing, dancing, and playing the drums, is anything but a sad occasion. "Tarsha's Grandmom's funeral last year was unexpected and sad," says John Jr. "Now we're going to celebrate Grandmom's life, and enjoy the island as a family."

On Sunday morning, the headstone will be placed on the grave, officially ending the ceremony. The Joneses then can spend the afternoon sightseeing in Kingston. John Jr. is interested in National Heroes Park, a former racetrack just north of downtown where Jamaican luminaries such as black nationalist leader Marcus Garvey and former premier Norman Manley are buried. "Marcus Garvey is one of my heroes, so I really look forward to seeing his monument," says John Jr. A colorful changing of the guard takes place on the hour. For tasty snacks, vendors sell boiled crabs and roast corn.

Marney, who's Jewish, is curious about Shaare Shalom Synagogue. Jews from Portugal and Spain were among Jamaica's first colonial settlers. A few hundred Jews live on the island today, and the gorgeous building is the only synagogue still in use. We tell Marney to notice the floors: They're covered in sand, a tradition conceived in part to muffle sounds during the Inquisition.

All the Joneses are reggae fans and want to see the Bob Marley Museum. We break the news that it's closed on Sundays, but fortunately they should have time to visit later in the trip. Before heading back to their hotel, they simply must taste the chicken or pork at Chelsea Jerk Centre.

A family friend will drive the foursome through the mountainous interior to Ocho Rios on Monday. John is dreading the drive. "He hates high mountain roads," says Marney. "I make him nervous whenever I say, 'Look at that view!' "

Once in Ocho Rios, there are plenty of distractions to help John forget about the fact that they'll be back on the same roads in a few days. To cool off, they might swing by Dunns River Falls, where tourists can either climb the leveled falls as part of a human chain led by a guide or amble along a boardwalk bordering the falls. Dunns River is a very popular excursion for cruise ships, which dock at Ocho Rios on Wednesdays, Thursdays, and Fridays. The cruise crowds usually clear out by 2 P.M., so an afternoon visit makes sense on those days. Otherwise, early morning is usually the least crowded time to cool off at the falls.

Another way to have fun--and get wet--is a river excursion on bamboo rafts with Calypso Rafting. Marney thinks she'd enjoy rafting, but tells us that she faces an uphill battle. "My husband, the grouch, thought it was a lot of money, but I'm working on him," she says. Marney has been fascinated with dolphins since she was a child and says "swimming next to one would be the experience of a lifetime." We suggest Dolphin Cove, but seeing as John balked at the $50 rafting trip, he's not going to be thrilled to hear that 30 minutes of swimming with the dolphins costs $179.

The group is staying three nights at the RIU Ocho Rios, where the wedding ceremony will take place, and will have lunch one day at the restaurant that's hosting the reception, The Ruins. "The sea at Ocho Rios is the most beautiful ice-blue water," says Tarsha, who's lived in the U.S. for 14 years but has always wanted to get married in Jamaica. "And the waterfall at The Ruins is breathtaking. What more perfect scene for a wedding?"

The Joneses love coffee, so if their driver takes them through the Blue Mountains on the way back to Kingston they should stop at one of the many roadside coffee "factories." These are usually little more than simple stands where a couple of workers roast beans in what looks like a large frying pan over an open fire. Prices should be haggled over, but the beans are generally much cheaper than what you'd pay in tourist areas.

Before flying home, the Joneses will finally get a chance to check out the Bob Marley Museum, in the building that was both the reggae legend's residence and his recording studio. To see the museum's collection, which includes platinum records, concert memorabilia, and the bullet holes in the room where Marley survived a 1976 assassination attempt, visitors must take a tour. The last one leaves at 4 P.M. "I bought one of the Wailers' albums in the '70s, and was an immediate fan," says John. "Going to the museum with Tarsha and John Jr., who are also Marley fans, will be meaningful. He was an artist whose music touched many generations."

Goldeneye, the one-time home of James Bond creator Ian Fleming and current exclusive resort owned by Island Records founder Chris Blackwell, is letting our foursome have the run of the place for an afternoon, at no charge. They'll be welcomed with a tour of the 15-acre property, a buffet lunch of traditional Jamaican cuisine, access to a private beach and Jet Skis, and the resort's cool new adventure: snorkeling with stingrays.

"It took us about two and a half weeks to get out to L.A.," says Lisa Levine, whom we coached on a cross-country drive from Boston with her boyfriend, John Craig. "We followed a lot of your suggestions and went out on our own, too. The trip was fantastic! We would have loved to spend more time in every place we saw. Some of our favorite moments include Ojo Caliente spa, listening to a jazz guitarist while eating beignets in New Orleans, and drinking yummy margaritas and shopping in Santa Fe. We also loved walking around Austin, camping just outside Sedona, and eating great food in Louisville and Memphis." (The photo was taken on famous Beale Street in Memphis.)