Kayak responds to mimicry by TripAdvisor and Fly.com

One of our most loyal blog readers, Iolaire McFadden, noticed something similar about Travelzoo's recently launched airfare search engine Fly.com and TripAdvisor's new Flight metasearch feature. Both of the sites look like the largest metasearch site, Kayak. Iolaire points out:

"They appear to use the same layout, refining results top left, various flight information refinement settings mid-left, such as number of stops, flight time range, airlines cabin types, etc.… And flight information is in the middle of the page with ads on the right. does it a tad better than Fly.com by including their standard site navigation around the search tool, but still… I guess Kayak deserves some kudos on the product placement… But still I wish Fly.com and TripAdvisor were innovating beyond what has been done."

Well, I thought Iolaire had a good point. The sites do look similar. But neither TripAdvisor nor Travelzoo's Fly.com are using Kayak's services. They developed their remarkably similar search engines on their own.

I asked Kayak CEO Steve Hafner what he thought about the design of the two new rival metasearch sites. He gave the same statement he recently provided the L.A. Times Daily Travel & Deal Blog

"Kayak.com welcomes the competition since it should help grow the metasearch category—hopefully to Kayak's ultimate benefit. We are flattered by how many design elements TripAdvisor has chosen to mimic from our site.

While the visuals may be similar, ultimately it's the caliber of the results that distinguishes the category leader. We offer the most comprehensive, relevant search and we continue to invest in the tools and brainpower to make our site easy to use for everyone. Kayak offers more money-saving technology than any other travel site including Flexible Search, Kayak Buzz, Airfare History Charts, Real-time Collaboration, and our new Hotel Rate Calendar. Plus, Kayak is available in 11 countries worldwide.

We're also very excited to compete with TripAdvisor on hotel reviews. In just a few weeks, Kayak.com will re-launch TravelPost, the world’s most comprehensive travel site for hotel reviews, descriptions and rates. TravelPost will search hotel information and rates from more than 200 travel sites and displays hotel reviews from leading review sites. We've applied our industry-leading filtering and sorting tools to hotel reviews which allows TravelPost users to find the most relevant reviews from people like them. Plus, TravelPost incorporates the Kayak easy-to-use, clean, uncluttered user interface."

Best Westerns on sale this week

The world's largest hotel chain is having a limited sale this week. Its Countdown to Spring Savings promotion means that some properties are on sale for a limited time each day. The sales start at noon and go until 4 p.m. EST. Today's theme is Spring Break: We found the Best Western Yacht Harbor Hotel in San Diego for $89 per room per night in mid-March&mdash;rooms are normally about $139 per room per night. We also found Best Western Ocean Sands Beach Resort in Myrtle Beach, S.C., for $50 per room per night&mdash;rates here, found via Tripadvisor, are typically $63 to $90. All prices are before tax. Tomorrow's sale features "walkable cities," and Thursday's deals will be for sports fans. You can book for travel through 2009, but you must pay up front to lock in the sale rate.

After the New York Times published a story titled "With Attendance Off, Disney Is Dealing (Discounts)," a reader wrote a letter to the editor, making this important point:Having just come back from Disney World for the third time since November, I can tell you the decrease in attendance is a myth. On each of my trips, wait times reached 150 minutes on the popular rides with all the "fast passes" gone shortly after the park's opening. Given the large influx of South Americans I noted, me thinks the mouse is crying "wolf." &mdash; Stan Pruszynski We've been hearing the same thing anecdotally: Disney theme parks remain crowded. So don't go taking the family there and expect that the recession will mean shorter lines, especially for the most desirable rides. Discounts will draw visitors from both here and abroad. I suspect the same thing will be said about Cedar Point and other theme parks nationwide as they ramp up business later this year. EARLIER Disney: Free admission on your birthday 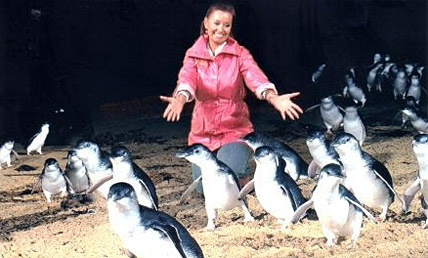 Follow-up! HK "Airport Auntie" gets apology, ticket upgrade from Cathay. That lady who freaked out after missing her flight? She got an upgrade due to the "untold embarrassment" of having her tantrum appear on YouTube. [shanghaiist] Weirdest stuff stopped at customs. You'll never guess what one guy had in his pants. [nydailynews.com] Riding the Rails Taking Amtrak across the U.S. [New York Times] A wunderbar welcome in Austria and Germany Lots of renovations make it a good time to visit. [CNN] Penguin Places Where to see some of the world's most humorous birds. [Intelligent Travel] Two words for a frugal flier: Patience. Wednesday. [Yahoo] Chicago Has Your 'Heart Attack French Toast' The mascarpone-filled artery-clogger is at brunch spot Toast. [jaunted.com] Obamasnacks&mdash;banned in Indonesia We're thinking these would make great souvenirs&hellip; [BoingBoing] Where did Hillary Clinton stay in Israel? She and her staff took up 154 rooms in one of the country's most famous hotels. [Hotel Hotsheet] 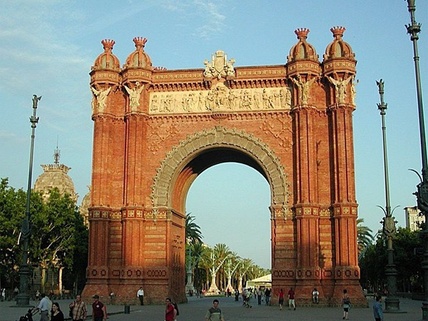 Long-distance getaways are better bargains now than they have been for decades. It'll soon be cheaper to turn off the heat and lights at home and fly somewhere else. Consider the astonishing deals we found today&hellip; &bull; Barcelona, from New York City, $206 roundtrip, including taxes and fees (Iberia) &bull; Honolulu, from L.A., $339 roundtrip, including taxes and fees (BestFares) &bull; Aruba, from $268 roundtrip&mdash;plus taxes and fees (American Airlines) &bull; Las Vegas, from Denver (between now and late May), $118 roundtrip, plus about $20 in taxes (Southwest) &bull; Chicago at a high-end luxury hotel on the Magnificent Mile during the weekend before St. Patrick's Day, $86 per night (Hotwire, blind booking) &bull; A long weekend in glamorous (and ordinarily expensive) Santa Barbara, Calif. (with streets bursting with springtime blooms), staying at the well-reviewed Montecito Inn that's only a couple blocks from the beach, from $99 a night (Travelocity, via CheapTickets) &bull; 7-night air plus all-inclusive package to Punta Cana, Dominican Republic, for $1,400 per couple. Includes resort/meals/flights/transfers. Stay at the beachside 62-acre Grand Paradise Bavaro Beach Resort Casino &amp; Spa, in late April. Plane tickets are priced out of Cleveland and don't cover roughly $100 per person in taxes and fees (Apple Vacations) Can you do us one better? We know you're savvy about deals. Show-off a little! Post the best deals in the comments. MORE Our recent article, 25 Unbelievable Vacation Deals