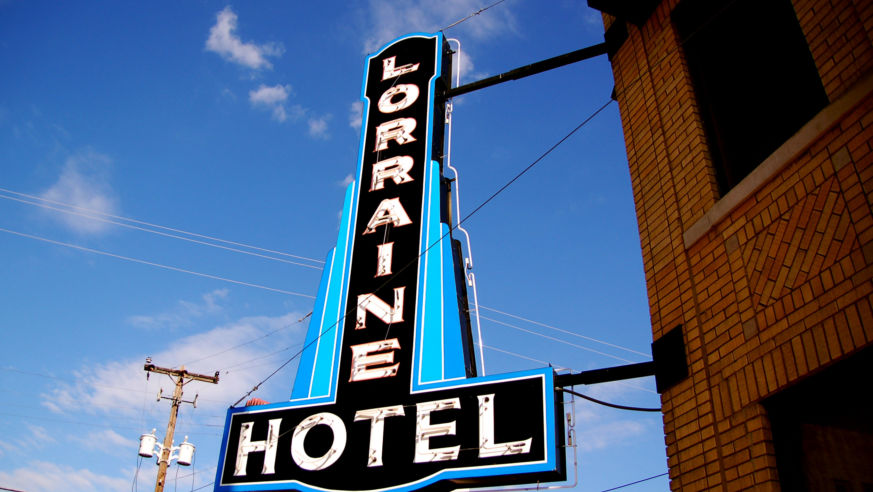 The Lorraine Hotel, site of the Martin Luther King, Jr. assassination, in Memphis is now home to the National Civil Rights Museum.

The National Civil Rights Museum in Memphis opened back in 1991, incorporating the Lorraine Hotel, site of the Martin Luther King, Jr. assassination. But on Monday, November 19, the public will be able to access the most famous spot at the museum for the first time: the balcony that Martin Luther King, Jr. was standing on when he was shot in 1968. You've been able to see the balcony from afar, but now it will be open to the public along with King's hotel room. At the end of the day on Monday, the main section of the museum will close for an extensive renovation that will include interactive exhibits on the slave trade from Africa to the U.S., Brown vs. Board of Education, and the Memphis Movement. The balcony will remain open during the renovation and close again when the renovations are completed in early 2014. The Legacy Building annex across the street, located in the former boarding house that James Earl Ray used as a staging area for firing the fatal shot, will also remain open.

This isn't the only assassination spot that is open to the public, of course. You can visit Ford's Theater in Washington, D.C. and then go across the street to the Petersen House and stand in the room where Lincoln died. Or take an audio tour of the streets around the former Texas School Book Depository, swing by the grassy knoll, and head up to The Sixth Floor Museum to see where Lee Harvey Oswald stood when he shot JFK in Dallas. How important is it for the public to have access to these sites? Are they an important part of history, or a macabre way of remembering fallen heroes and presidents?