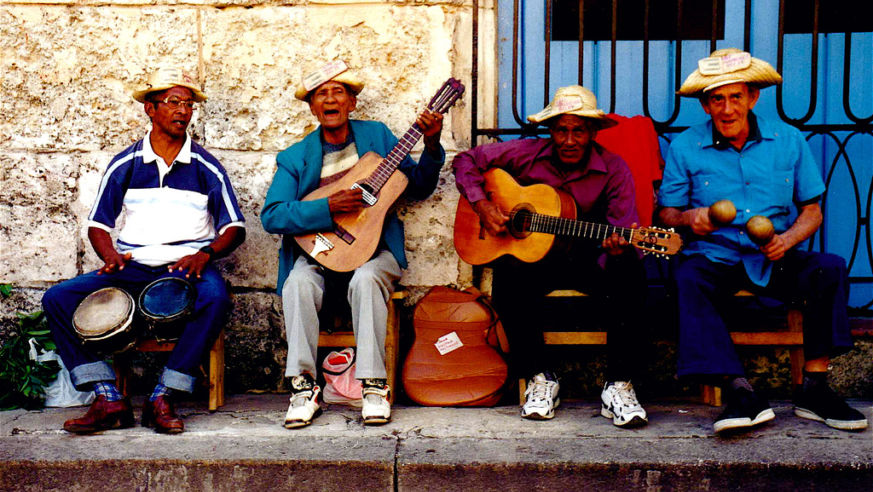 The colorful, musical streets of Havana, Cuba, are no longer closed to American visitors. But a trip to the communist island has to meet strict cultural exchange requirements set by the U.S. government.

Ever been to Cuba? When I was a kid, that question would have been just about unthinkable. The only people I knew who'd been there were those who'd fled the Caribbean island in the wake of the communist revolution that put Fidel Castro in power at the height of the Cold War, raising the specter of a Soviet satellite nation just off American shores.

But last year, the Obama administration began granting Cuban cultural exchange licenses to travel companies, allowing them to take Americans to Cuba for "people-to-people" activities that provide the opportunity to learn about Cuba's culture, food, and the arts. The thinking was that getting ordinary citizens from both countries together could promote a measure of mutual understanding in spite of the U.S.'s economic embargo against Cuba that dates back 50 years. More than 150 licenses have been issued and thousands of Americans have taken advantage of the tours, spending days packed with cultural and educational activities that immerse them in all things Cuba.

However, the granting of licenses to travel companies slowed to a crawl this summer in response to the U.S. government's concern that the trips were essentially just tourism masquerading as cultural exchange. Most notably, Florida Senator Marco Rubio expressed doubts about such activities as salsa dancing and visits to the Cuban Ministry of Culture. As a consequence, travel companies reported delays over the past few months due to new restrictions put in place in May by the treasury department's Office of Foreign Assets Control. But this week at least 20 U.S. tour operators say their licenses have now been granted, and on the whole they've been able to keep their original itineraries intact. (Translation: If you visit Cuba on a cultural exchange program, you've still got a good shot at learning to salsa.) Senator Rubio has said he will continue to monitor the trips.

Cuba, with its Spanish colonial history and architecture, vibrant cuisine, intoxicating music, beaches, and mountains, attracts more than 2 million visitors each year, mostly from Canada and Europe. But people-to-people trips offered by U.S. tour companies are increasingly bringing Americans and Cubans together. Budget Travel, for example, recently highlighted a Cuban cultural exchange Travel Deal, with an eight-night excursion to the island from YMT Vacations.

So, as I was saying: Ever been to Cuba? We'd love to hear your post- (or pre-!) revolution travel stories about what it's like to set foot on the "forbidden" island!