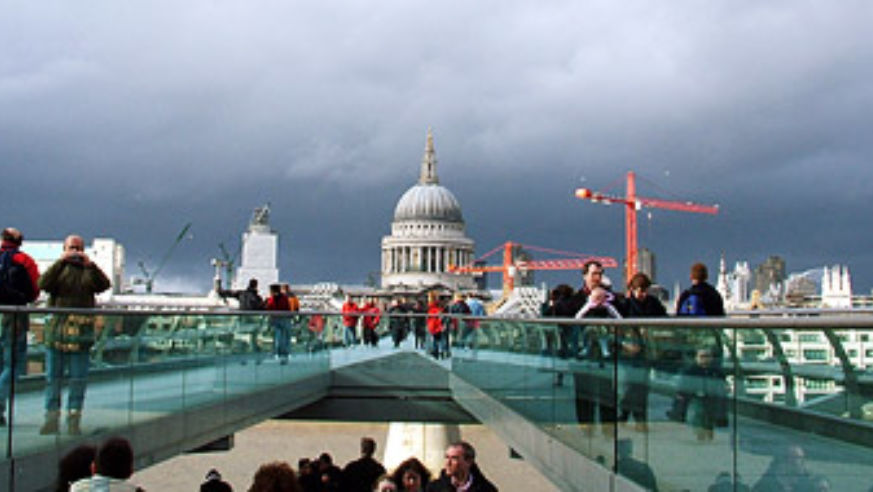 While the British capital is at fever pitch over World Cup soccer, there are plenty of options for affordable things to do in the capital. Here's a selection.

The World's greatest lawn tennis tournament begins on June 21, with the finals played on July 4. Tickets are pricey for Centre Courts—starting at $60—and the lines can be enormous. But around 500 tickets for these courts are reserved at the turnstiles each day (except for the last four days). Another tip: It's possible to visit Wimbledon for $16 after 5pm on weekdays—to watch games on the outer courts, soak up the atmosphere, and throng around the big screen showing the center court action on 'Henman Hill'. Details on wimbledon.org. (See Budget Travel's Wimbledon Made Easy story for more details.)

Wimbledon is overshadowed this year by the world's biggest and most lavish sporting event: soccer's World Cup, being broadcast from South Africa. London is covered in English flags as the English (not the Brits—who include the Scottish, Welsh, and Northern Irish) hope earnestly for victory. You can watch England and the other teams progress on big screens all over London. The Fever Pitch pub (Fever Pitch, 474-476 Fulham Broadway SW6) on Fulham Broadway has 13 screens, covering every wall of the pub. Cargo (83 Rivington Street EC2, cargo-london.com) is a club in Hoxton showing every game on a 40-foot screen, with seating for 800, DJs and drinks are on tap at the Hammersmith Apollo (venues.meanfiddler.com), which has a screen as large as four London buses and free movie showings.

One if the biggest Latin American arts and festivals to have been hosted in London kicks off on June 19, continuing through until September. It takes place at the South Bank center on the Thames and features live music from the likes of Brazilian superstars Gilberto Gil, Maria Bethânia, and Tom Zé, poetry and literature and art from the likes of Ernesto Neto, whose womb-like lycra installations fill the Hayward Gallery; following his successful show at the Park Avenue Armory in New York. southbankcentre.co.uk.

This summer event gives visitors the chance to see highlights of London's musicals and theater shows for free. You'll be able to catch edited and trimmed versions of Tony Award winning Billy Elliot, Lloyd Webber's Love Never Dies, Mamma Mia!, Oliver, and Hair amongst numerous others. And there are small exhibits from the Science Museum, the V&A, and the Royal Banqueting House, as well as kids games and activities. On the weekend of June 19–20, westendlive.co.uk.