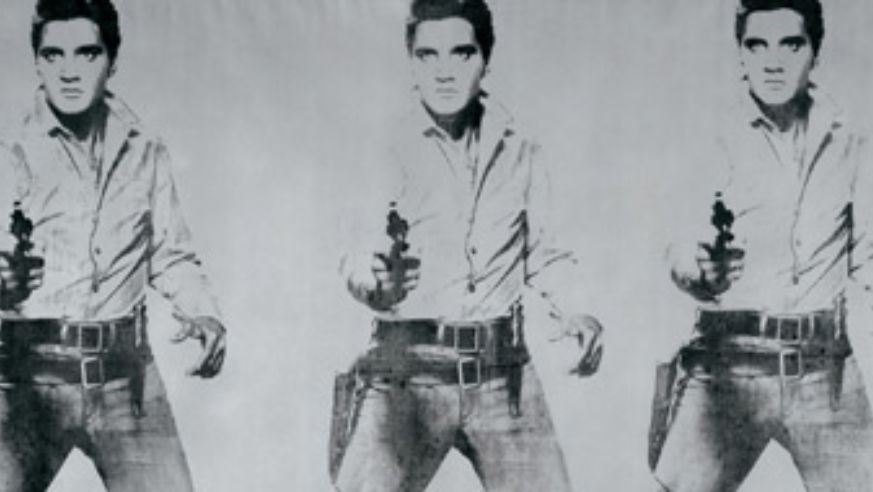 This month, the San Francisco Museum of Modern Art unveils the much-anticipated Fisher Collection, most of which has never been on public display before. Amassed over a few decades by Don and Doris Fisher, co-founders of the Gap, the collection is expected to put SFMOMA on par with London's Tate modern and New York City's MoMA in terms of post-war and contemporary art collections.

The June exhibit, entitled "Calder to Warhol: Introducing the Fisher Collection," will feature about 160 works that will take over the top two floors of the museum, as well as the year-old rooftop garden. Viewers will see paintings, photography, video works, and new large scale sculpture. Warhol fans will especially appreciate Triple Elvis and Nine Multicolored Marilyns.

The Fisher collection is huge in its entirety—1,100 pieces dating from 1928 to the present and representing 185 artists, including Roy Lichtenstein, Claes Oldenburg, Frank Stella, Chuck Close, and Richard Serra. But the collection's breadth, not its quantity, is what garners it so much praise: The Fishers made a point of collecting extensive groupings or series or works from all stages of an artist's career, thus illustrating his or her creative evolution.

A little background: the Fishers initially wanted to open a standalone museum in the Presidio, but when that fell through, they opted instead to loan the collection (for 100 years!) to SFMOMA, much to locals' delight. The museum is planning a 100,000-square-foot expansion in 2016 to help house the collection—initial design concepts by various architects will be announced next year.

All in all, it's an exciting time in San Francisco's art world.

Calder to Warhol: Introducing the Fisher Collection, June 25-Sept. 19, 151 Third Street, admission $15. The museum is free the first Tuesday of each month, and half-price admission is available on Thursdays after 6 p.m.