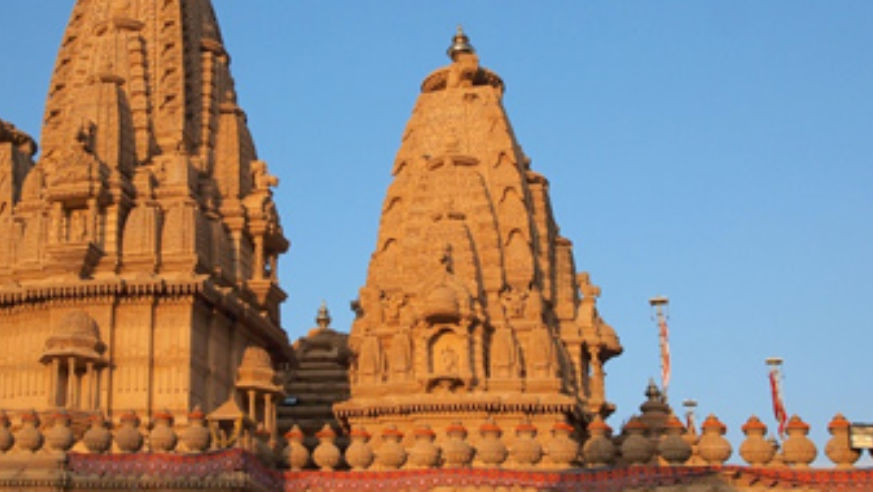 Modern London is much more than a stage set for The Tudors, Harry Potter, or a "Merchant Ivory" costume drama. The city pulses to a multicultural beat, but it's not always easy for American visitors to encounter the city's southeast Asian neighborhoods, with their distinctive architectural styles.

It's worth it to make a detour off the tourist path in the city's heart and head a few subway stops northwest to see the stunning Shree Sanatan Hindu Mandir temple. After fourteen years of construction, the temple has just opened, instantly becoming one of the most lavish and elaborately carved structures in Europe.

Shree Sanatan offers the chance for visiting Americans to see an authentic and traditional Hindu temple without flying to Asia. Every bit as impressive as the traditional temples in the sub-continent, the structure is made from sandstone hand-carved in the Indian state of Gujarat, shipped to London and re-assembled. All of the pieces slot together without any metal attachments using a traditional technique which has been used in Asia for thousands of years. The building is covered head to toe with intricately carved statues of Hindu deities alongside spiritual leaders and Gods from other religions including Mother Teresa and Sikh spiritual leader Guru Nanak Dev Ji. Inside are elaborately carved effigies of Hindu gods, goddesses, and holy people.

Unlike Brick Lane, Alperton is a London South Asian neighborhood which receives almost no tourists. So it has a local feel all its own. I really enjoyed the traditional Hindu fruit and vegetable markets just across the road from the temple, where you can buy exotic fruits like chicoo and custard apple for a fraction of the price of a city center exotic grocery store, and the little local shops selling sandalwood incense and bags of spices.

And after visiting the temple, I chanced on a row of Indian restaurants on my walk back down to the subway station, popping into one for a delicious, spicy Chicken Jalfreezi washed down with a mango lassi yogurt drink for less than $7.

The temple sits 400 yards north of Alperton Tube stop on Ealing Road. Take the Piccadily line from downtown. The famous Wembley Stadium, which lies less than two miles away to the north.

The temple welcomes visitors. Shoes should be removed before entering the building. Men and women ought to wear long pants and cover their shoulders; women should wear a shawl over their head.